Today we went to Heap's Giant Pumpkin Farm out in Minooka. The weather couldn't have been any more perfect, and the boys were ecstatic once they realized that this was the farm with the CORN BINS! (They never say corn bins without shouting for joy.) 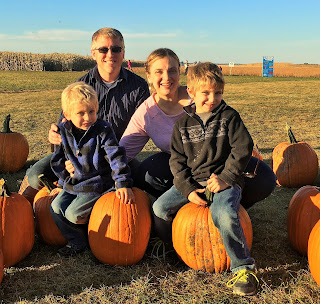 We started out with a hayride out to the pumpkin patch. 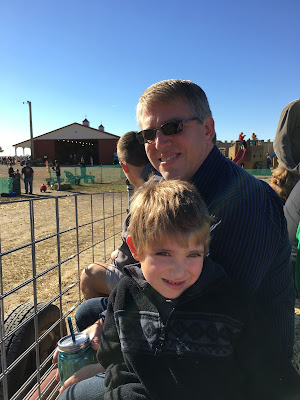 There were some interesting, colorful, and warty specimens out in the patch. I think we visited later than in previous years--that's why the pumpkins were more spread out and the vines mostly dead. 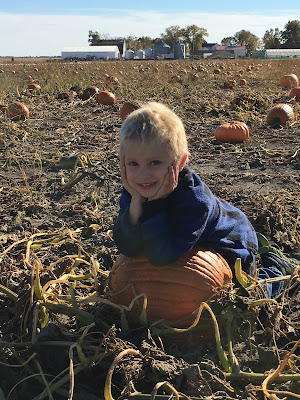 After the pumpkin patch, the boys hit the climbing area. They ran around and climbed for probably an hour. I was very surprised they didn't go to sleep faster tonight, after all the running around they did. 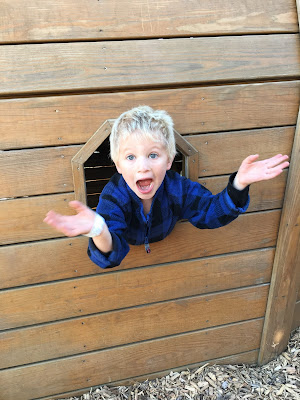 The corn, though, was their favorite. I think they'd still be there now if we would've let them stay and jump in it for longer. We had to leave eventually because the hay was irritating my asthma. 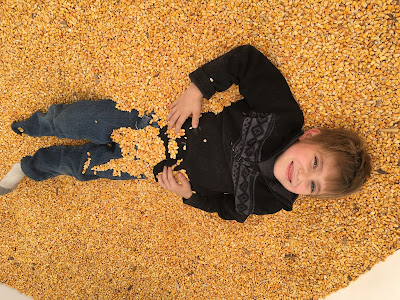 If it wasn't for the whole asthma thing, I think a corn bin in our garage would be a perfect distractor. Of course, getting the corn and the hay dust cleaned up is quite a challenge. It gets in all the crevices. 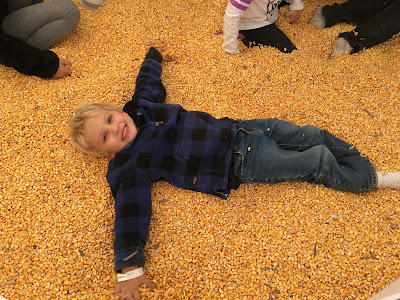 After corn time, we visited the farm animals before heading out. They were pretty friendly, though I have no idea why, considering how many families were there bothering them. 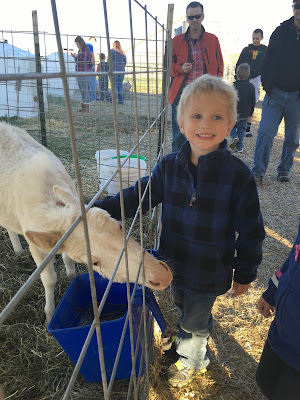 Who cares if you've got a little donkey fur on your sweatshirt, especially when you already are covered in hay dust and corn? 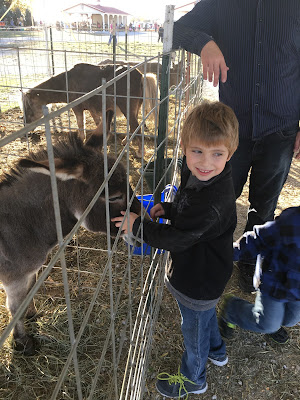 Though we had a good time, all that fresh air, hay dust, and running around made me pretty tired. It's hard to believe we just had the last weekend before Halloween. 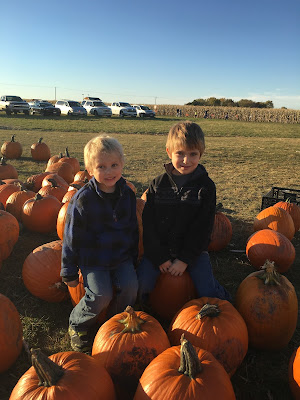