The last thing we did on our camping trip before heading back to Illinois was a trip to the beach on Lake Michigan. They were very excited and didn't mind too much that the water was freezing. 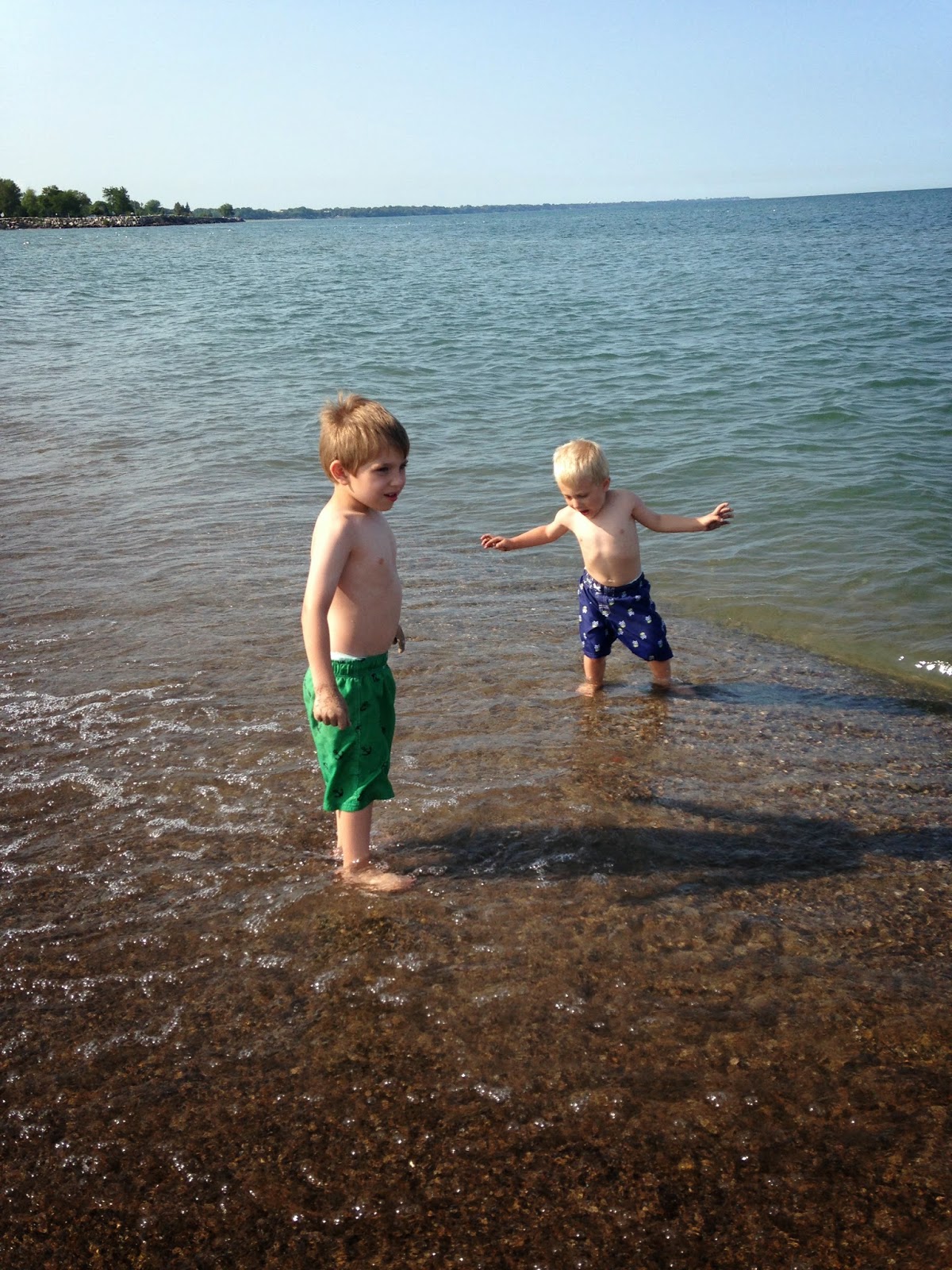 The best (and worst) part of the beach is the sand. It's the best part because the kids can play in it and build with it. Henry kept picking up handfuls of sand and flinging them in the ocean. Since he was in an area by himself we let him. 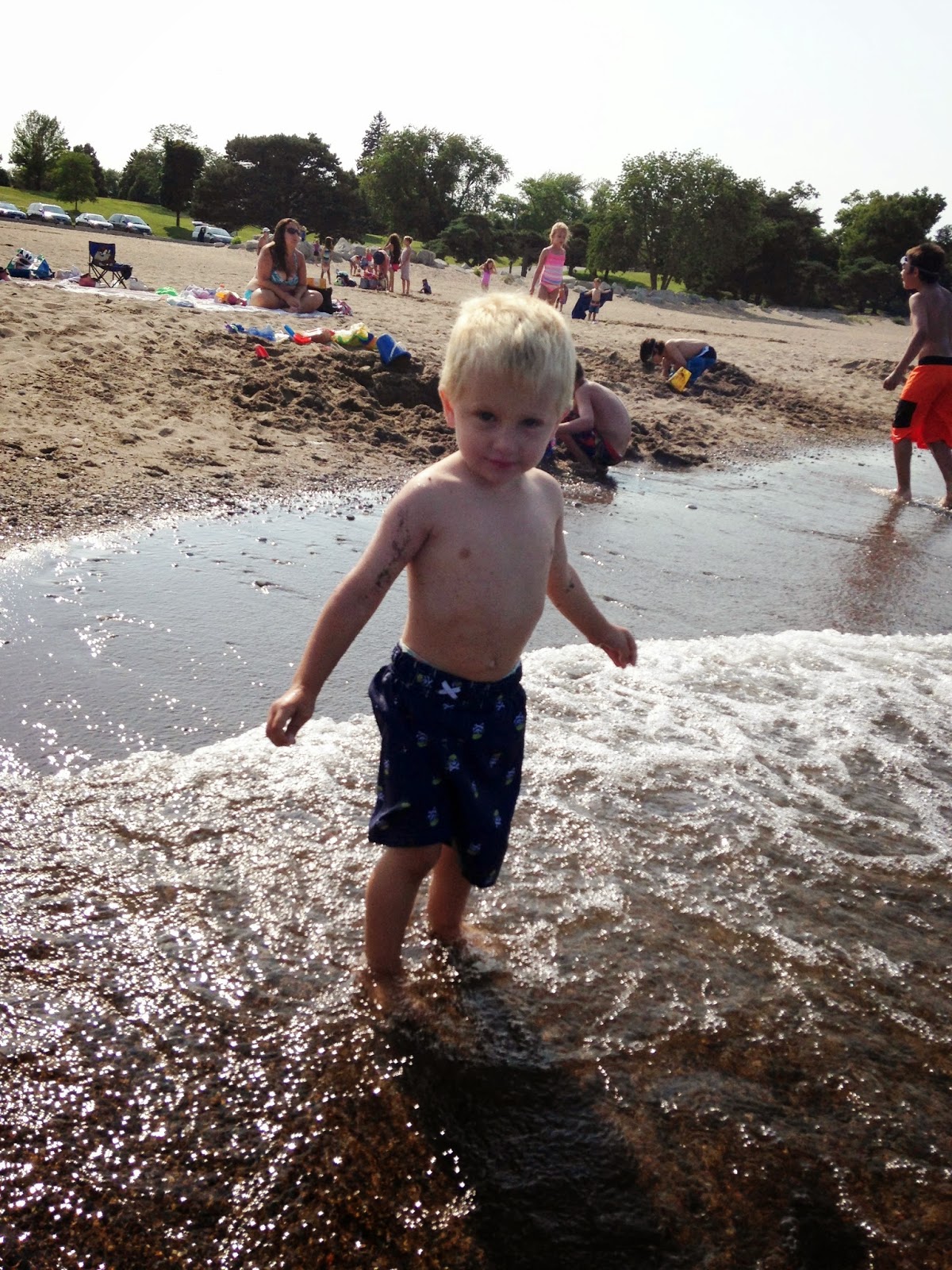 Sand can also be the worst part of the beach because it gets on everything. Even now, weeks later, I'm still finding sand in my washing machine. 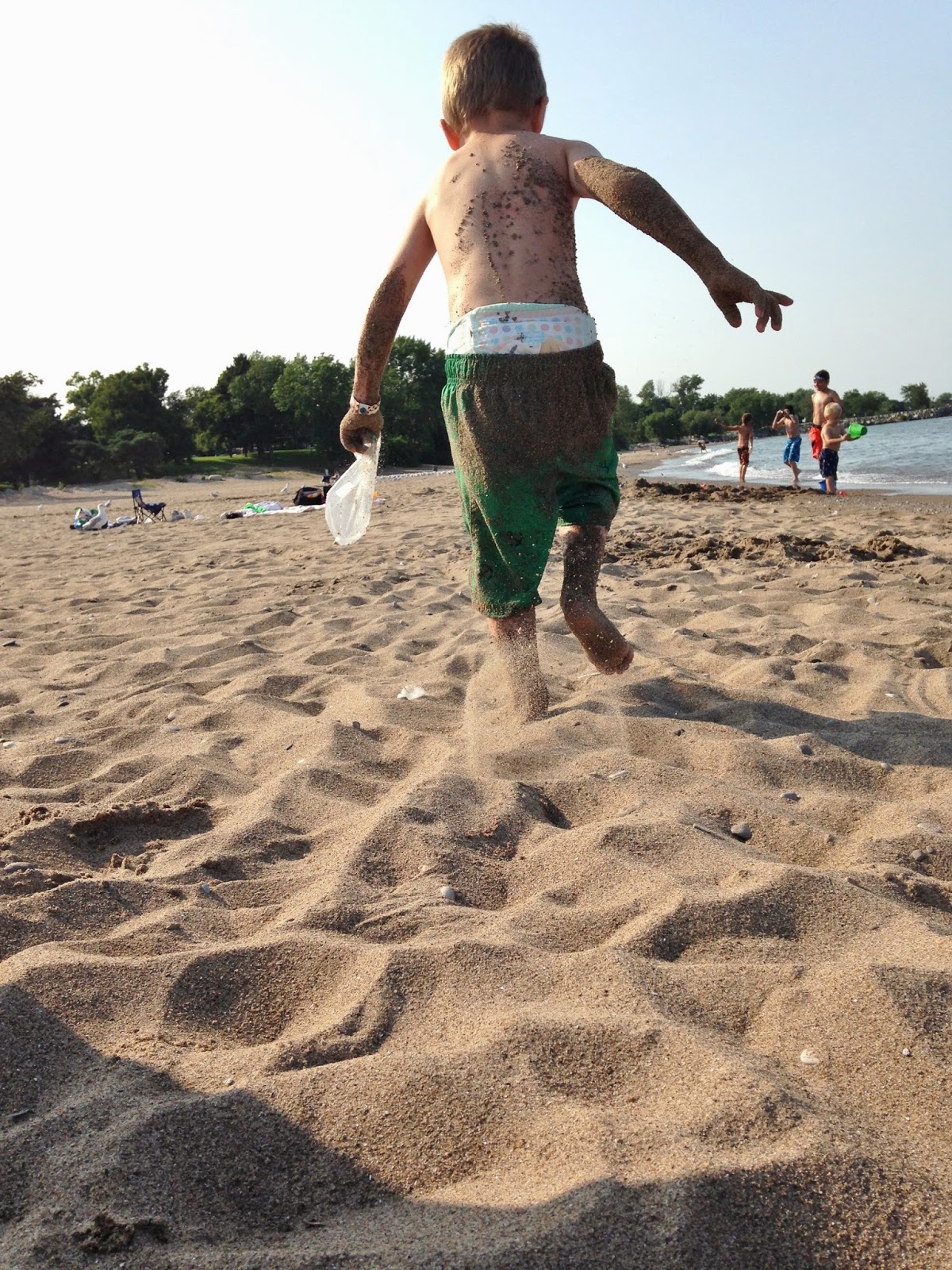 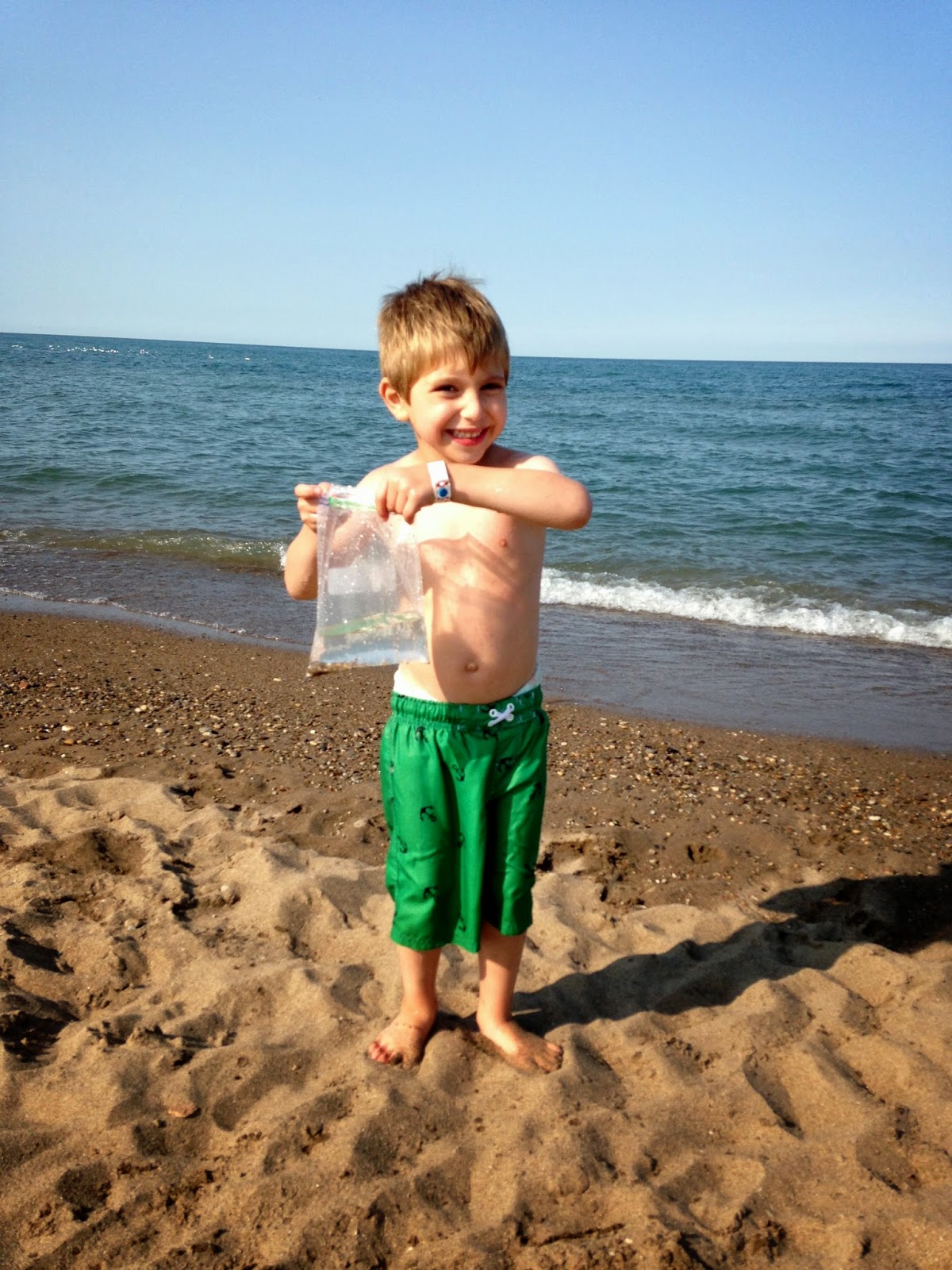 We didn't bring buckets or shovels or anything like that, but Nick and Aidan made use of plastic bags that I had used to carry sandwiches and cucumbers in the cooler.


This guy ate the remains of my sandwich and wouldn't leave me alone. He stalked me for over an hour, and even throwing rocks at him wouldn't make him leave. 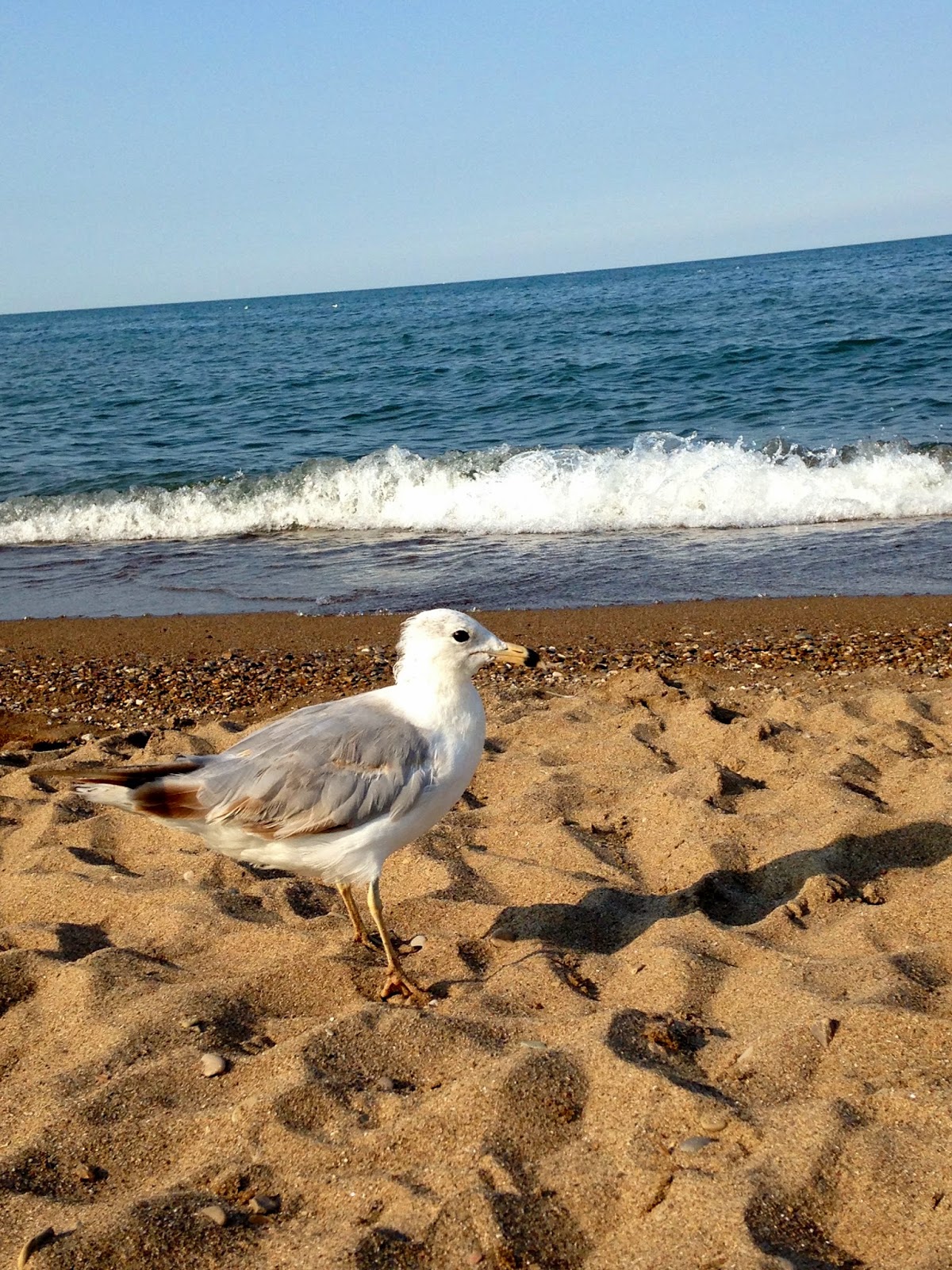 He finally left after Henry chased him and came pretty close to catching him.

Some older boys let Nick and Aidan and Henry help them build their giant hole in the ground, and then they left and our guys continued working on it. 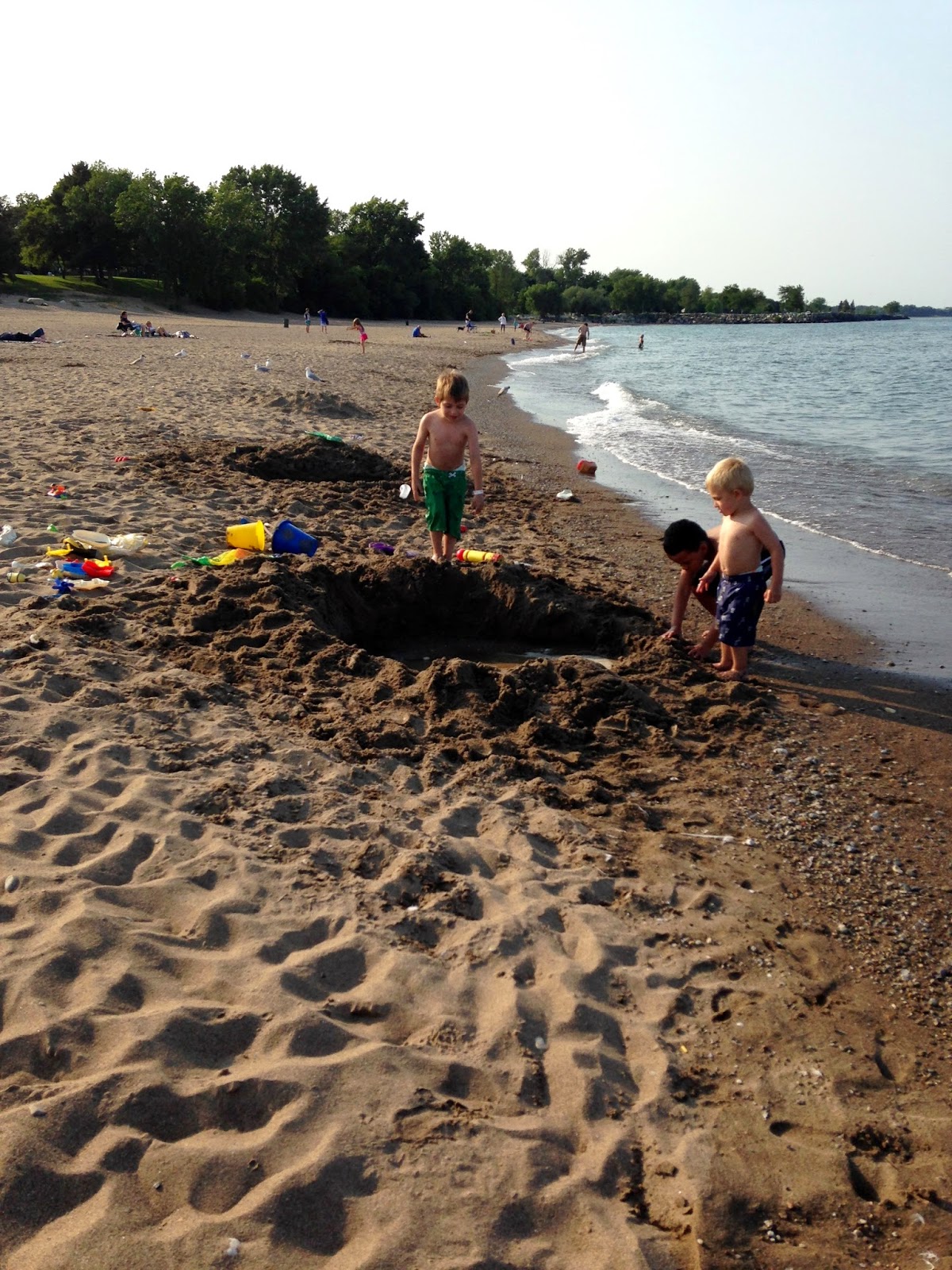 I could have stayed longer at the beach, but it was getting late, and we had a long drive ahead of us. 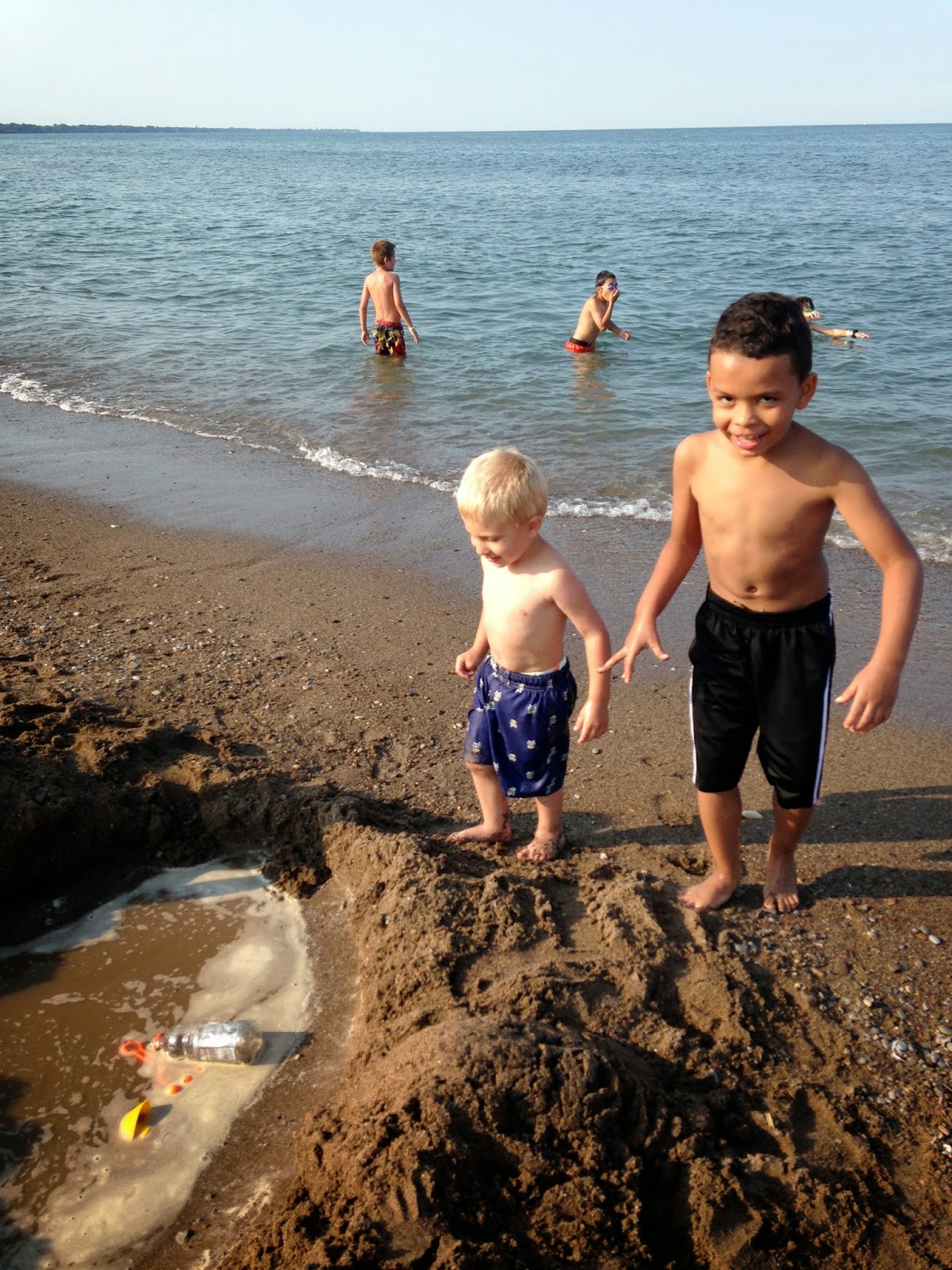 We said goodbye to Wisconsin on that beach. 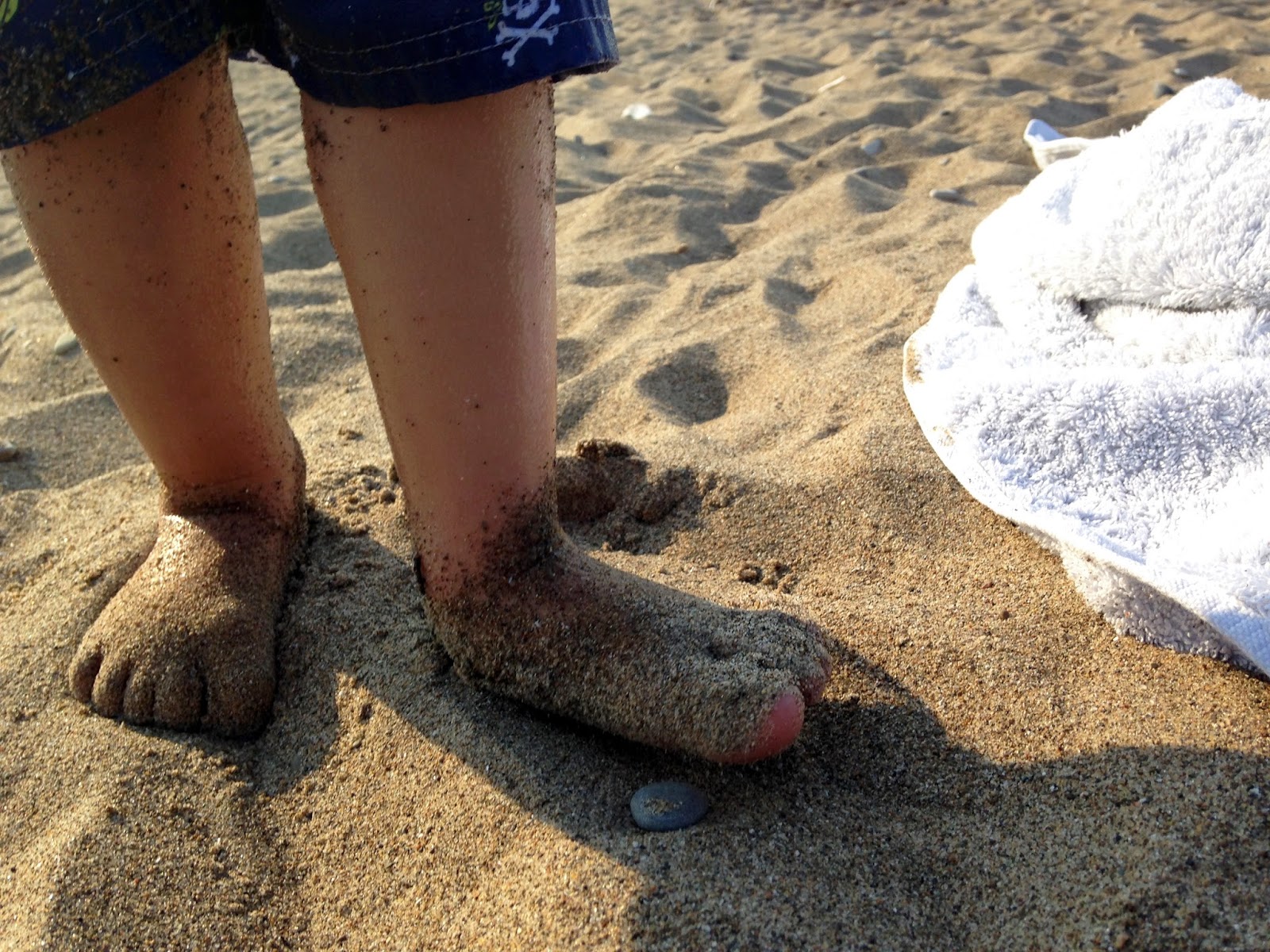 Or rather, I dragged my boys kicking and screaming to our blanket to change and then to the car.
Posted by Melissa E. at 5:38 PM