Kids around here start back to school really early. In fact, we got back from our vacation in Wisconsin Dells (more about that later), and the very next morning the boys started school. This year Nick was off to Kindergarten, and Henry started his first year of Preschool. 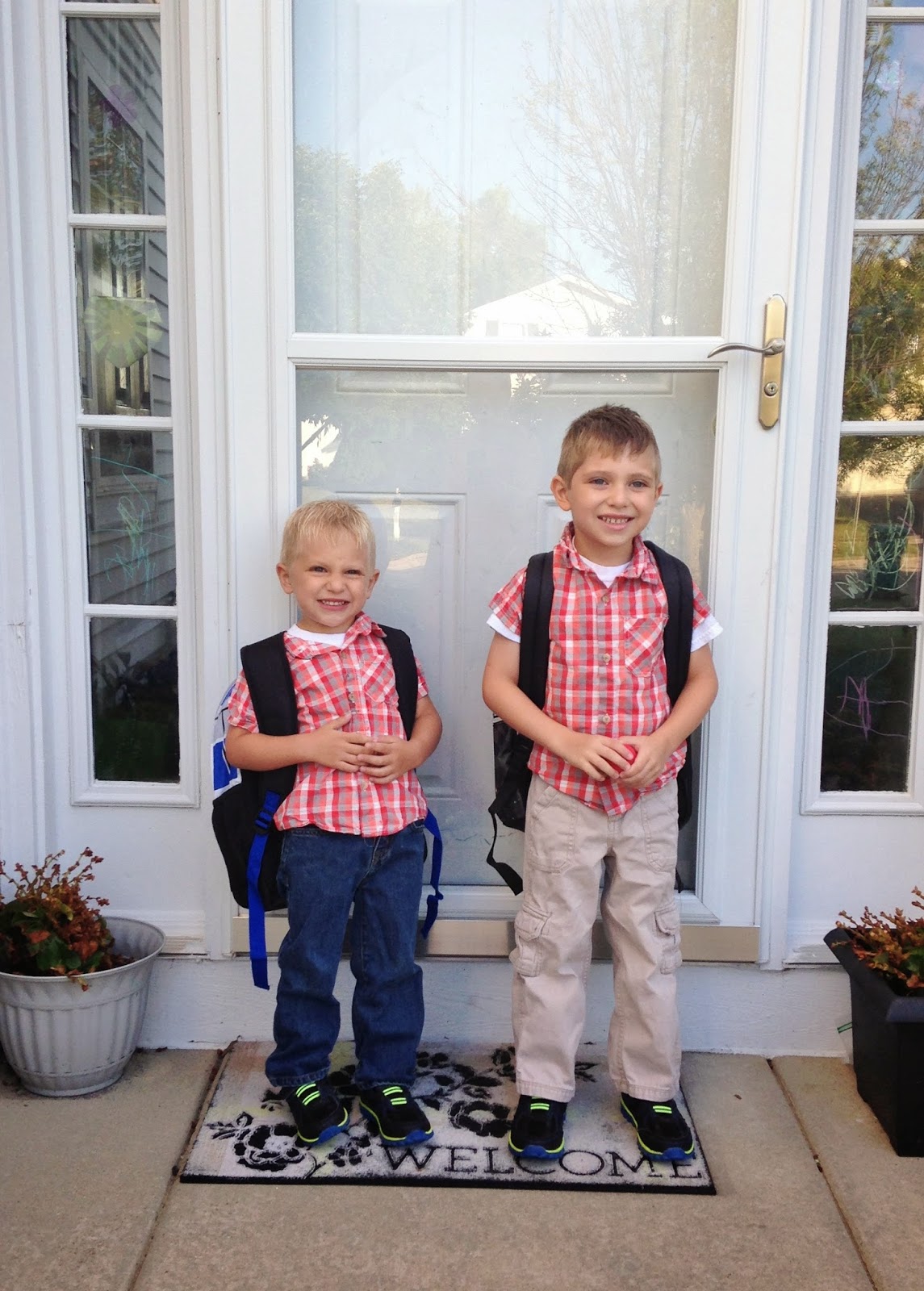 Do they look excited? Mostly, they were, though they were pretty tired. None of us is used to waking up before 7 a.m. yet.

Though I posed them together, Henry actually starts school much earlier than Nicholas. The bus picks him up around 7:30. Last year, Henry was very jealous of Nick, because he wasn't big enough to start school. He peeked out from the window, pouting. See?


Since Henry got to go to school first this year, Nick peeked out from the window while Henry posed. 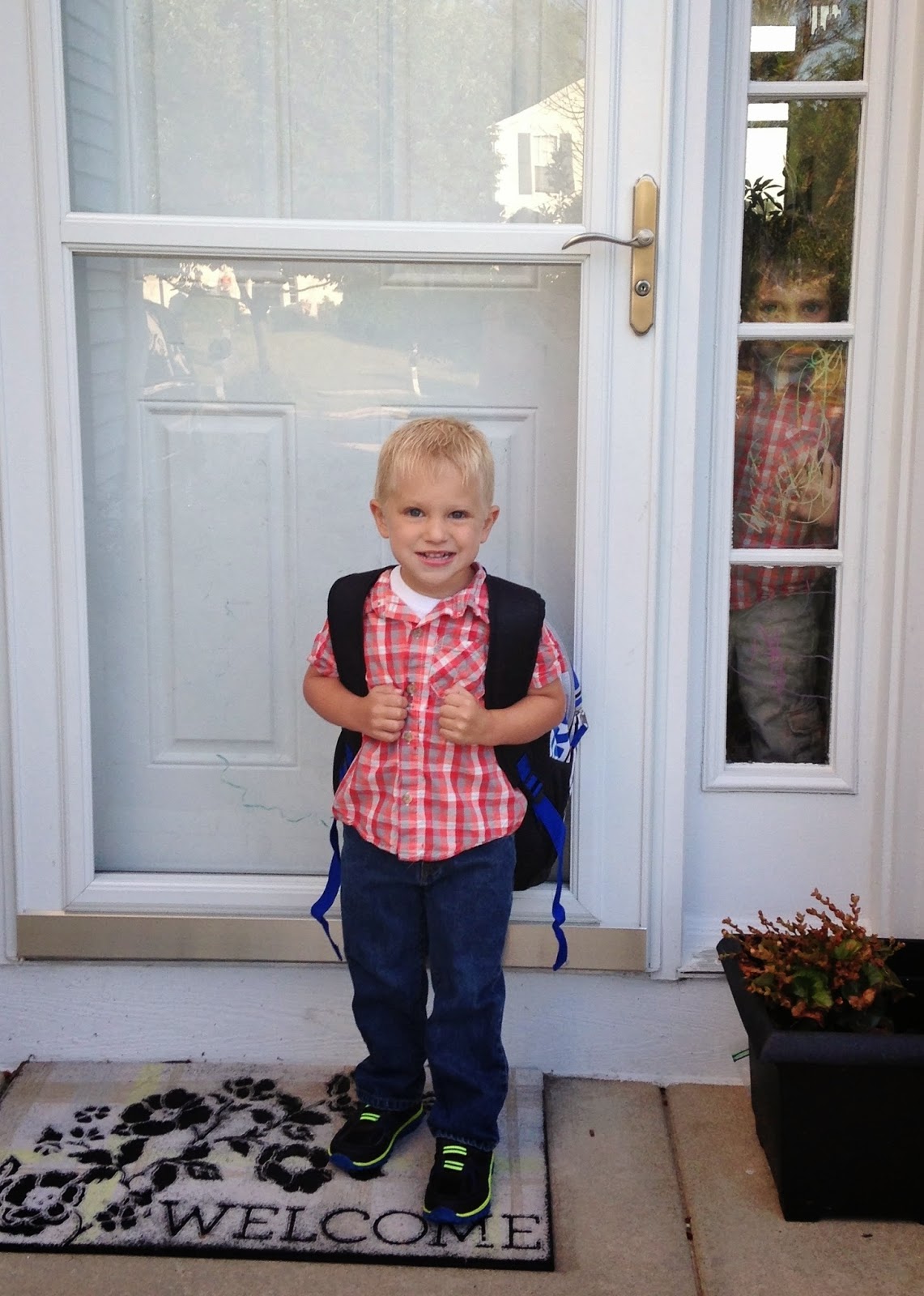 I asked Henry what he thought about starting school, and he was kind of noncommittal about the whole thing. He was generally happy, but not too sure about what would happen.


Henry will attend a five-day morning preschool program at our school district's preschool. He will receive lots and lots of speech help, in addition to the normal benefits of preschool. This is the same place Nick went to preschool, so Henry is familiar with the building (and the playground) from attending school events.

We wondered if Henry would be nervous when we left him on the bus, but he just grinned and waved goodbye to us with no tears or trepidation. 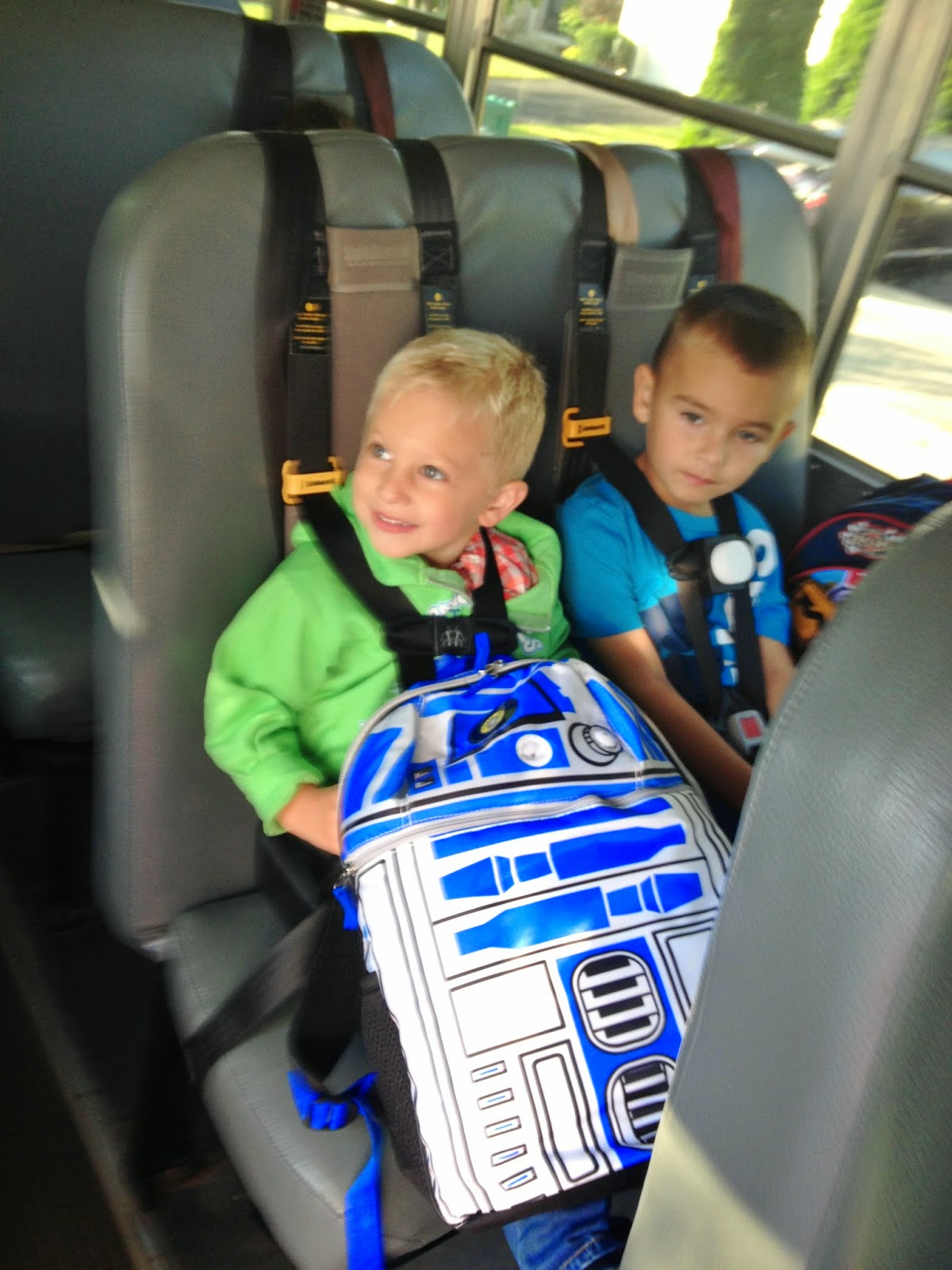 Nick starts school much later this year, and we live close enough that he can walk to school. Since my school doesn't start for another week, I was able to go with and see Nick off to his first day of Kindergarten.


It is pretty neat to be the parent dropping off my kid. I'm used to working the front door as a staff member (albeit at a different school), watching all the other parents take pictures in front of the school sign. Until my first day of teacher institute next Thursday, I get to walk to school with Nick every day.  :)
Posted by Melissa E. at 8:38 AM