Last weekend we went to my mom and stepdad's house, and Grandma Linda took out her old guitar. Nick had been asking to play it, so we gave him a turn. He was thrilled. 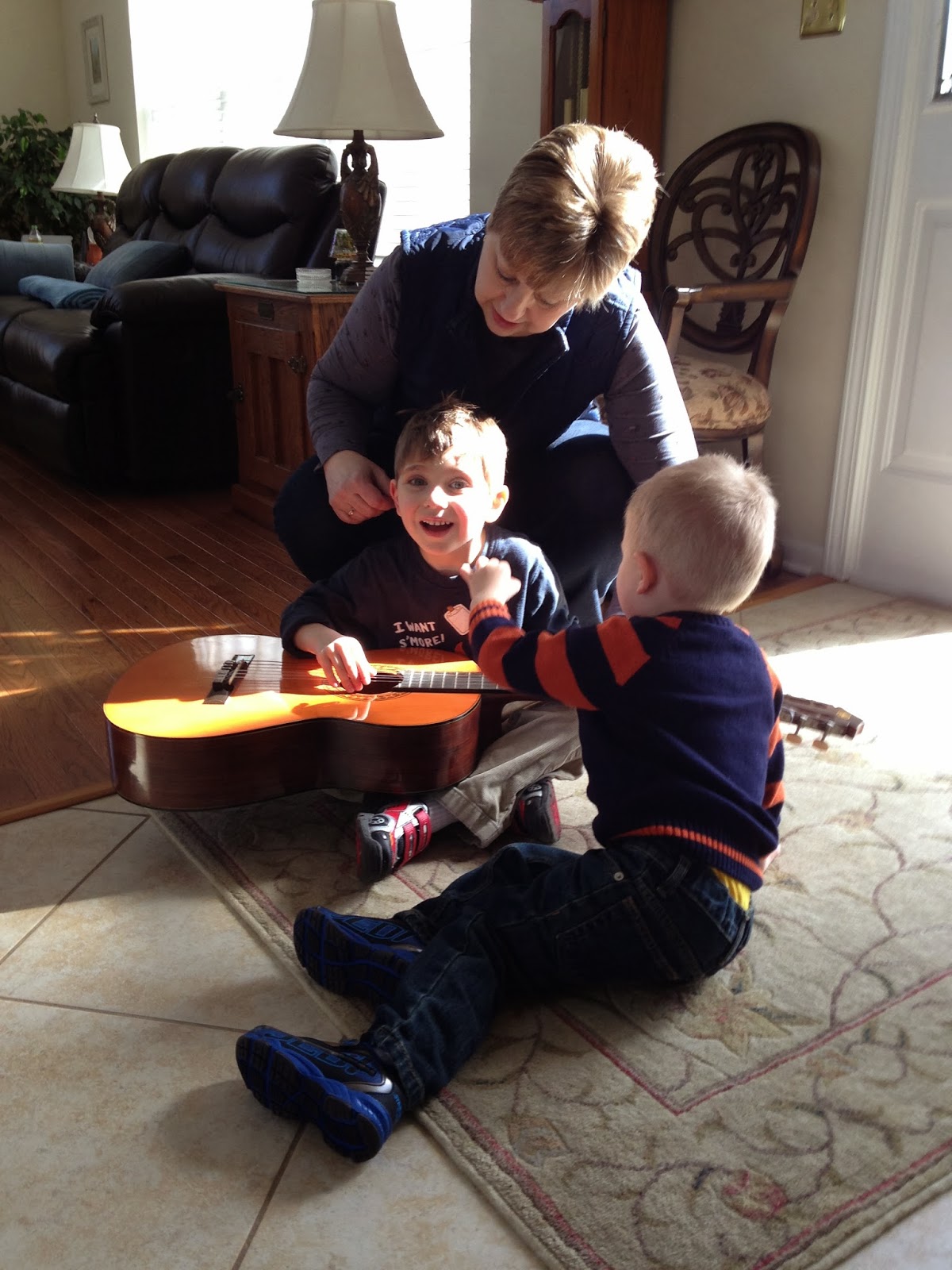 Henry wanted a turn, too, but he was very patient, considering that he is two. 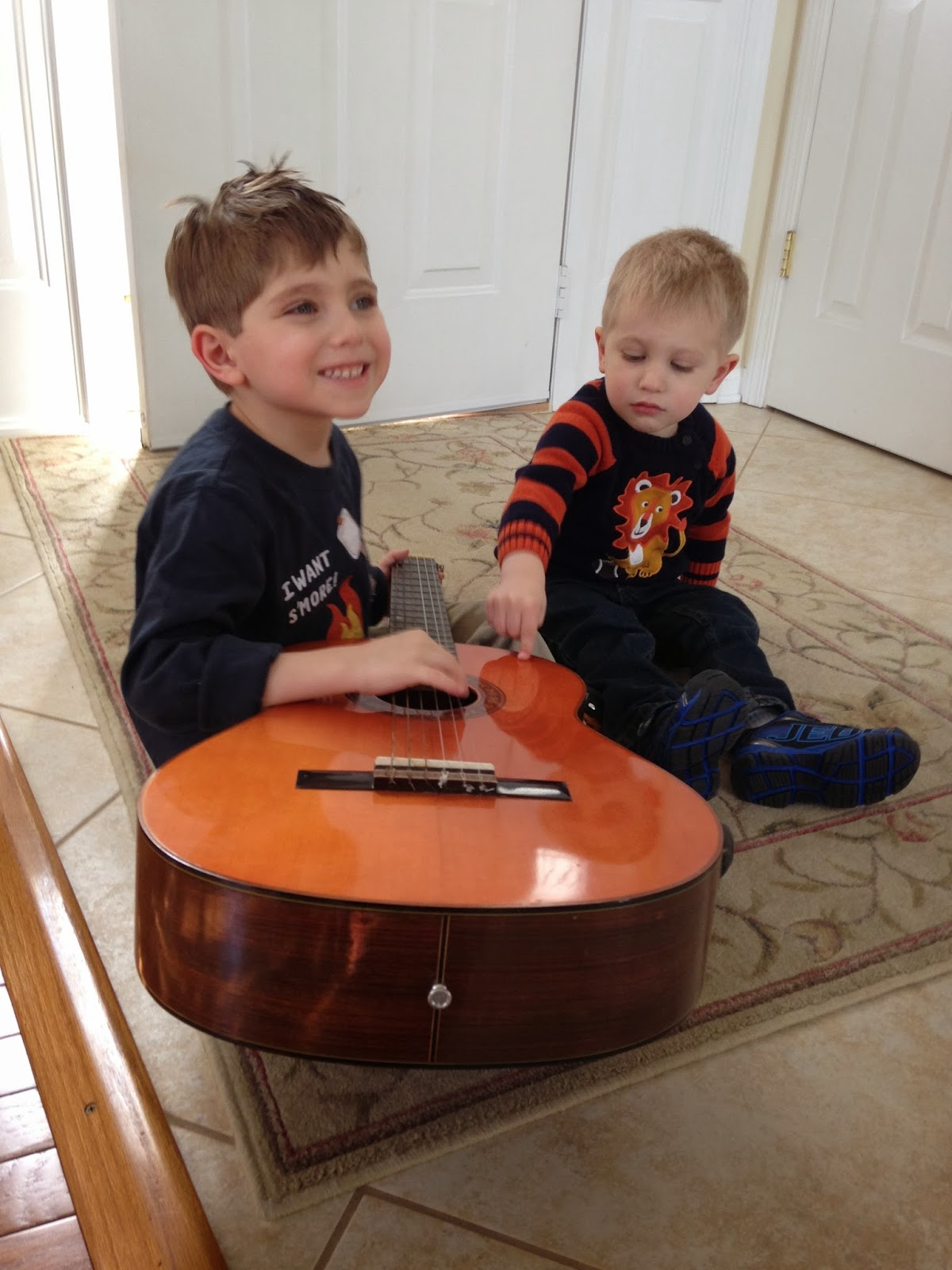 The music wasn't terrible when you consider the source. Perhaps a guitar would be a good starting instrument for Nick. It is less obnoxious than drums or piano, which he also enjoys.

Nick likes to pretend to be Marty in the school dance scene from Back to the Future. 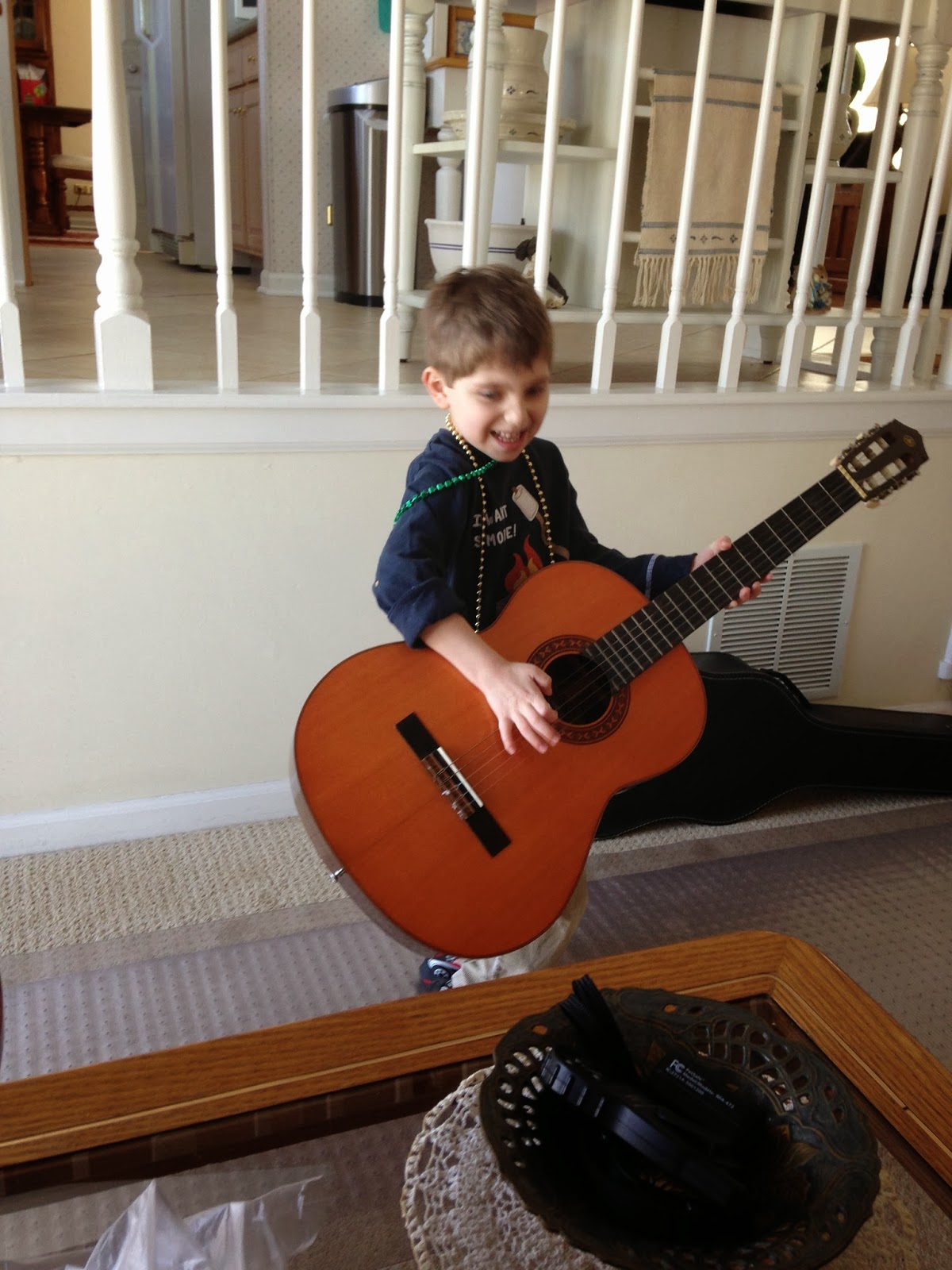 Henry took his turn with the guitar as well, though he sang along with the music.

Grandma was a big help teaching the boys to "play" guitar. 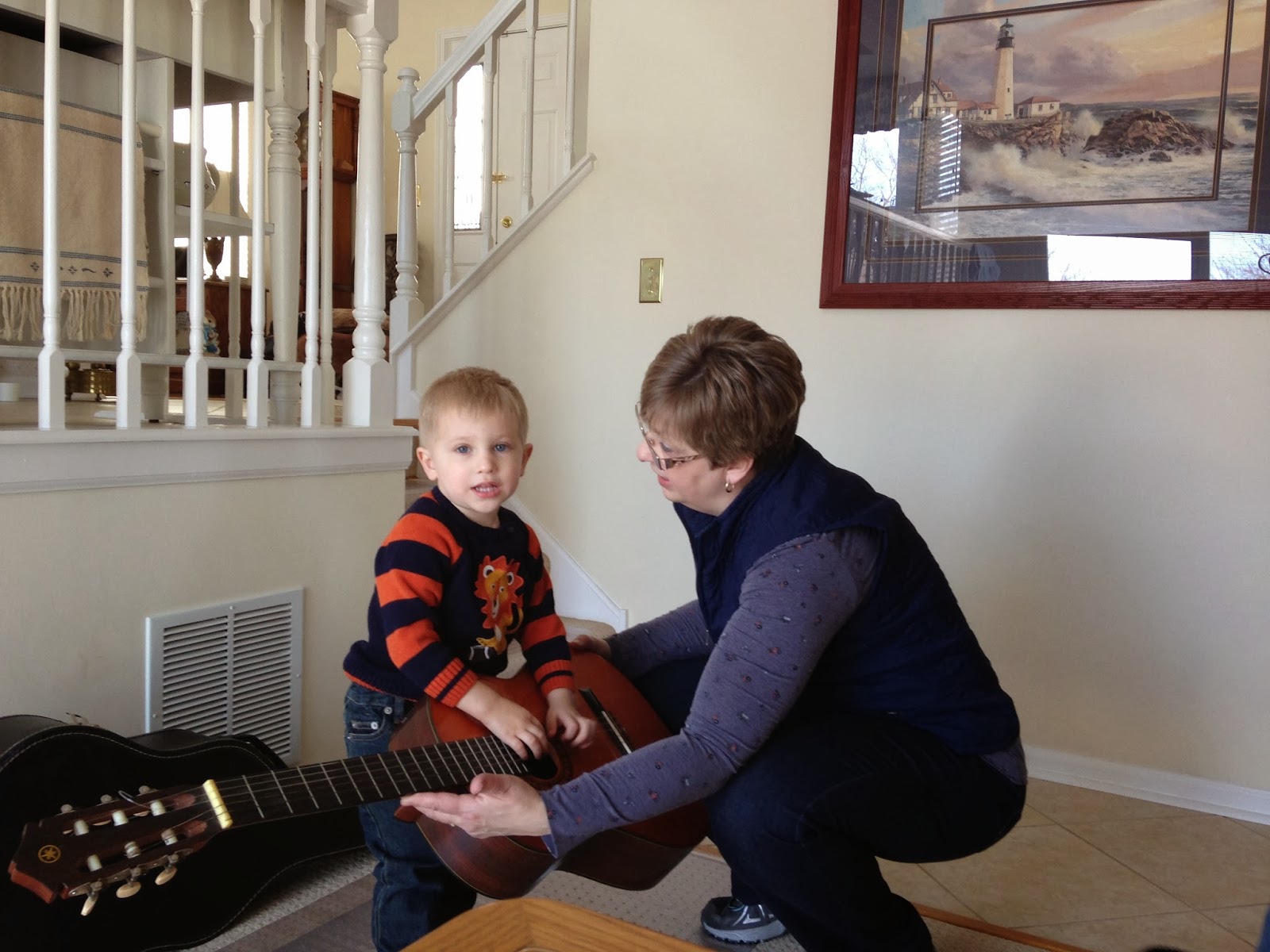 More about this visit tomorrow. Tonight is all about the guitar-playing.  :)  They found a toy guitar tonight at the cafe and play and relived their guitar dreams.