We've had to be pretty creative with the indoor activities lately. This weekend, Henry entertained himself by making block towers. Big ones. He kept saying, "Look, Mommy! I did that! It is big!" 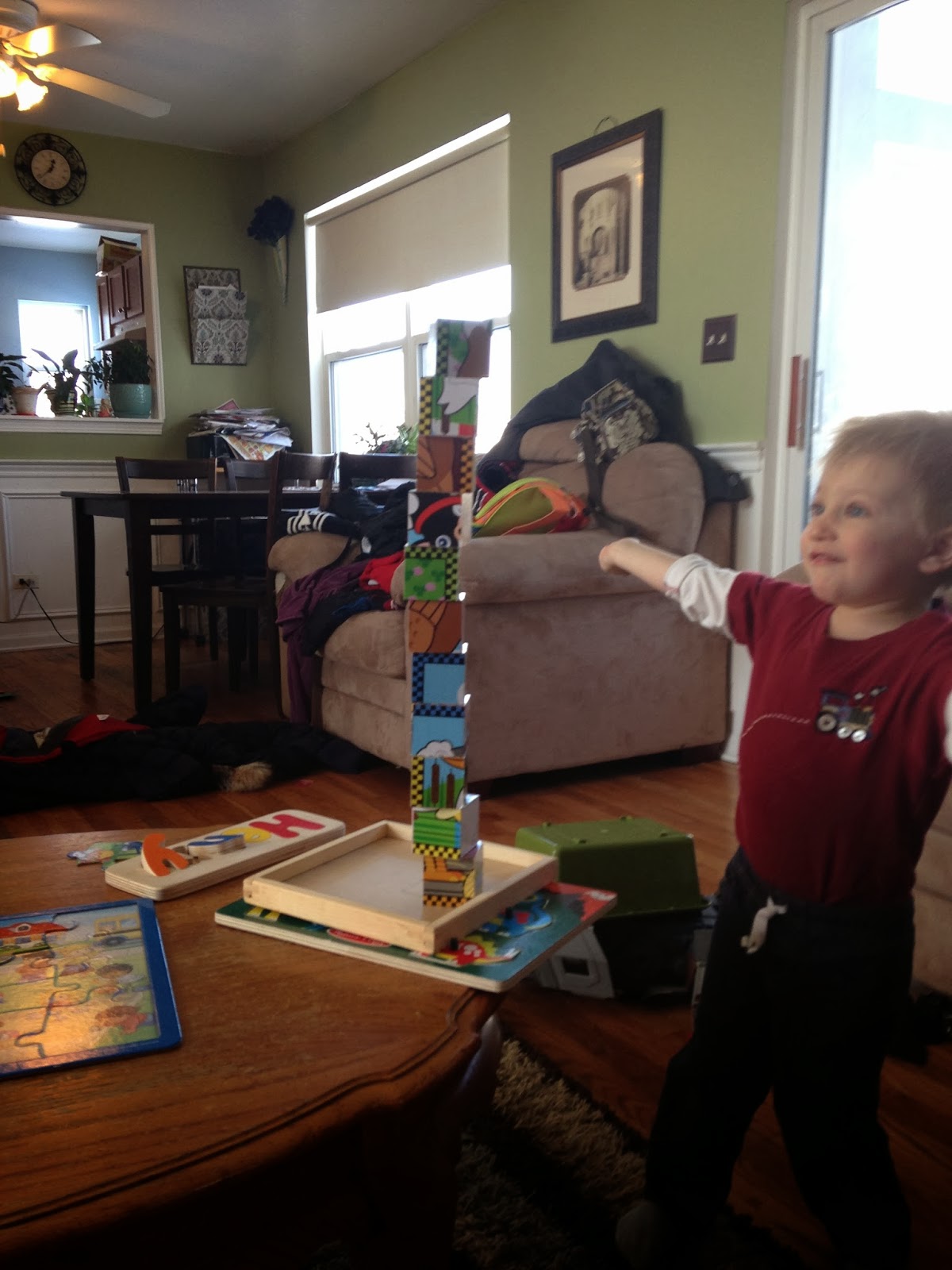 It takes so little to make Henry happy--or sad for that matter. This time, though, he was thrilled with himself and his building prowess. 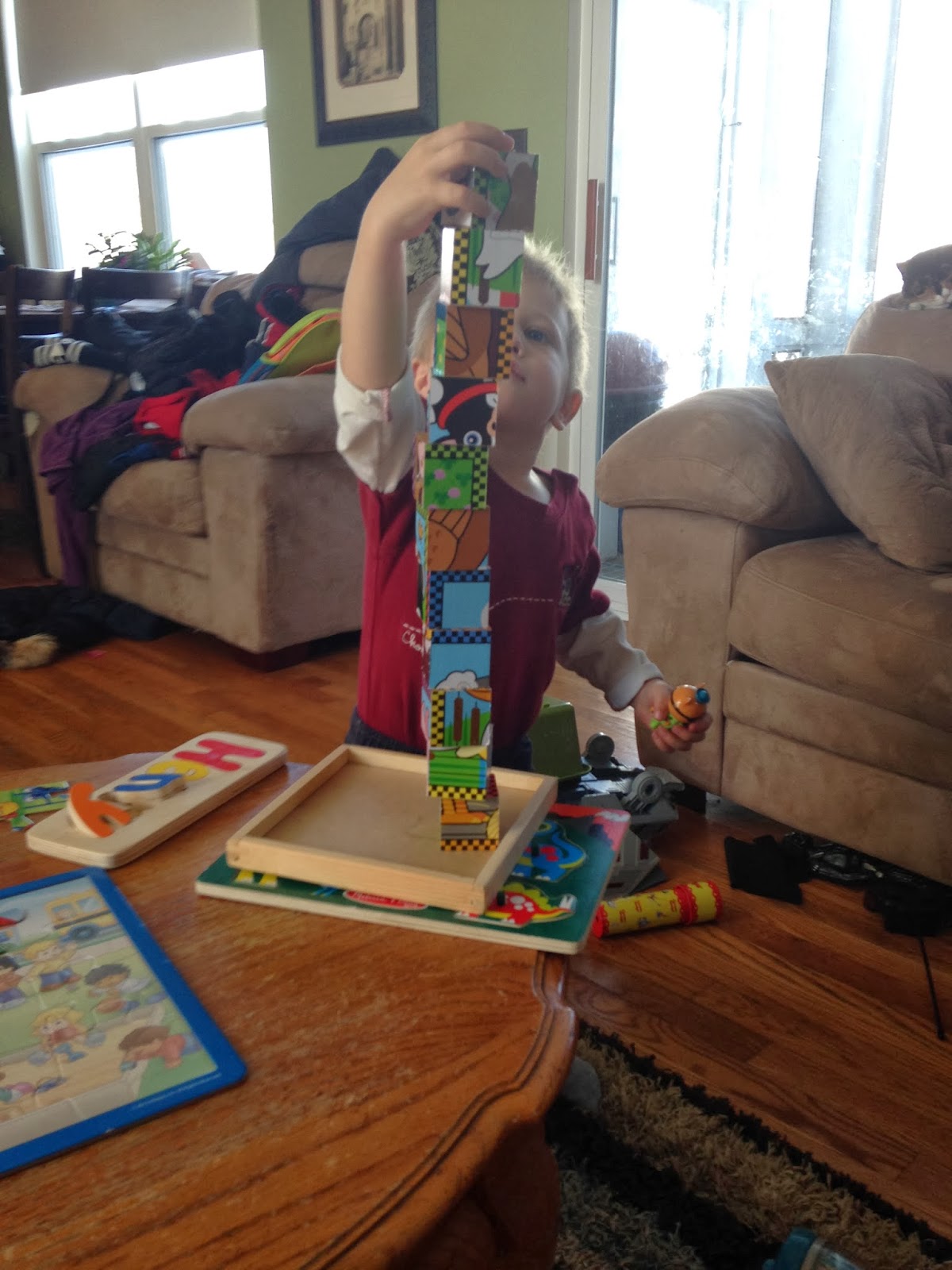 I try to remember the little times like these, when I'm happily camped out on the couch, cheering on my super-builder as he attempts daring feats of engineering. He didn't want or need my help, just my occasional snapping of a photo to show him how cool he looks. Oh, and a sympathy hug when the tower fell. 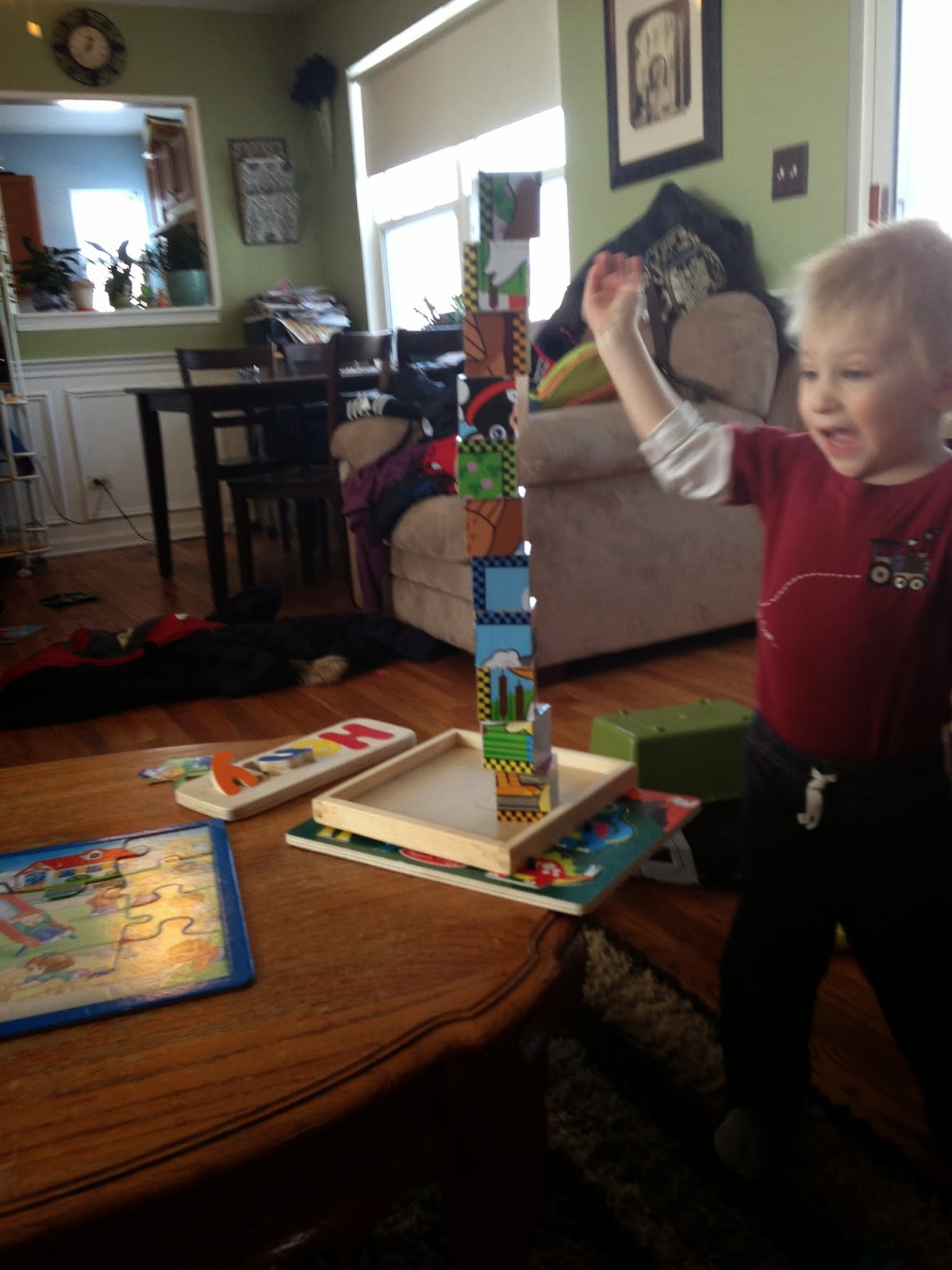 This is just before Nick did a Ninja kick and destroyed the tower. But all was well. They rebuilt the tower again and played nicely. Henry is a good sport, at least some of the time. 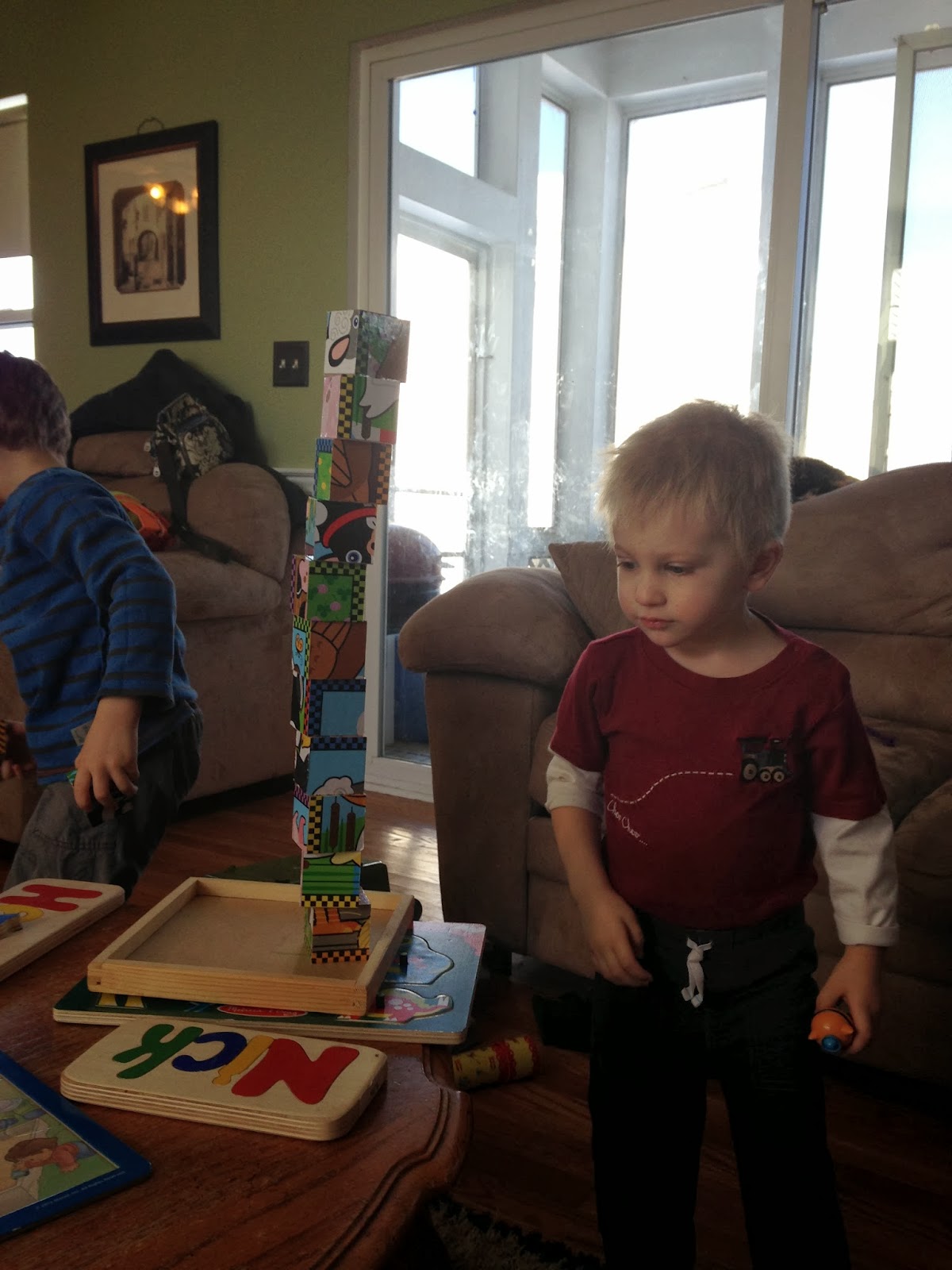 As I kissed Henry's fuzzy little head tonight and scratched Nick's back (he loves my fingernails), I thought about how much I love these little guys, even when they drive me insane. I noticed that Nick smells more like a little boy now (not gross, he had a bath, just boy-like). Henry still has that fresh baby smell that I love so much. He puts his arms around my neck and I never want to forget how that feels.
Posted by Melissa E. at 9:13 PM