Today has been an odd day, to say the least. I was hoping to go out and have my smashed fingernail repaired and buy the boys some new pants. Instead, the weather intervened and I ended up staying in my pajamas all day, shopping online and going exactly nowhere.


Greg took the boys outside for a half-hour or so, and they all got covered with snow and ice. It was crazy out there!

I was pretty amazed at how fast the snow was coming down and swirling all over the place. I tried to snap a few shots with my phone but I was worried about water damage, so I stopped. One arm out the door is as far outside as I went today. 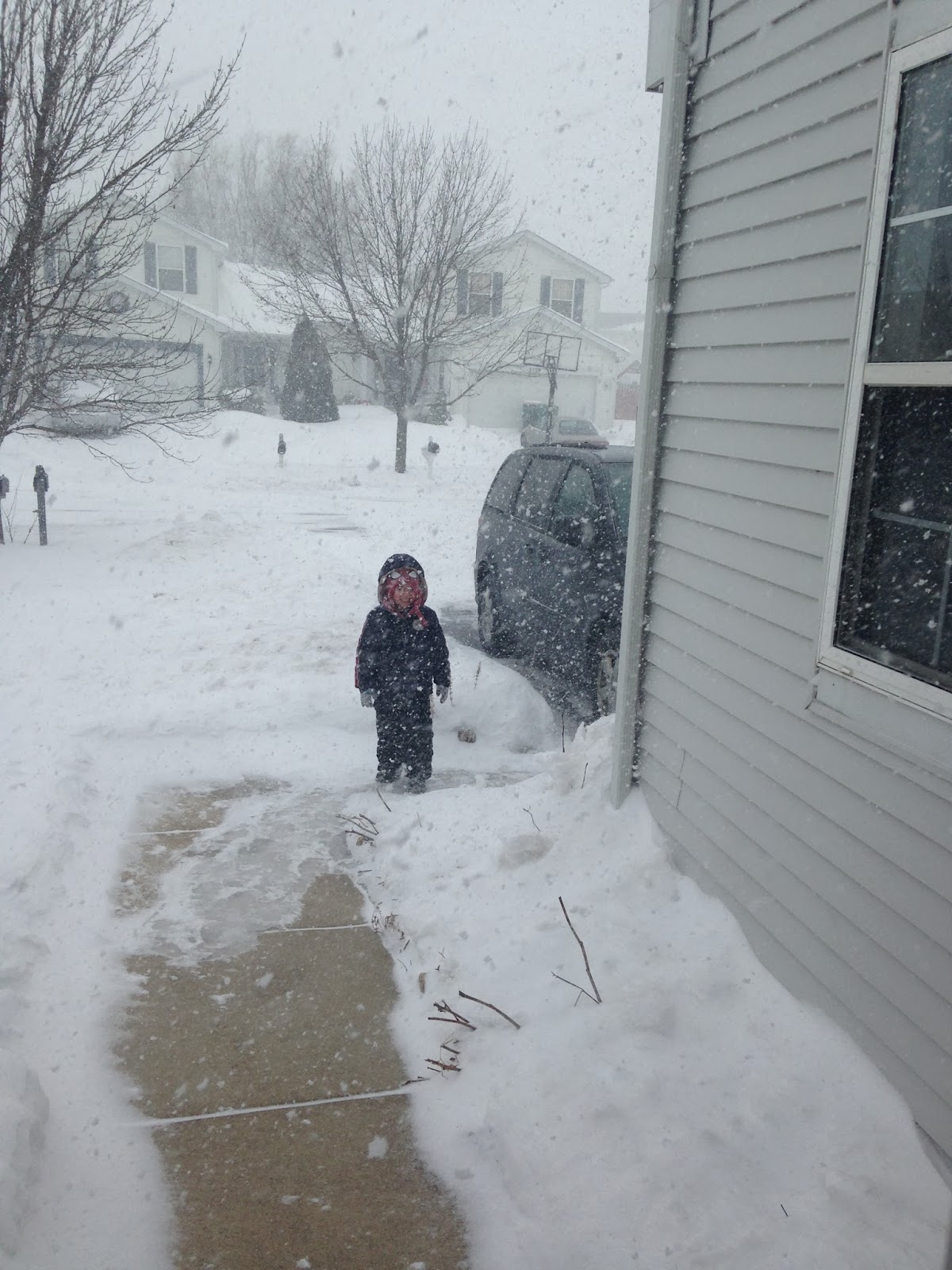 While they were playing outside, Molly rolled around on the carpet in child-free bliss. She loves it when the kids aren't around and she can get down near the floor.


Poor Molly didn't get her wish. The boys came in fairly quickly, chilled and red-cheeked.

We had to warm them up somehow, and thankfully, "Baby Got Back" came on the 90's Sirius Station. Good times for my dancing fools. They definitely do not "got back," but they can shake it anyway.

Poor Greg just didn't know what to do today. He had four clients scheduled tonight, starting at 5 p.m. His client contact hours haven't been as good this winter, due to obvious nightmarish winter conditions. (Greg gets paid strictly by how many clients he sees.) So he didn't want to cancel his appointments. As of 2:30, none of his clients in Hinsdale had cancelled, so he started off driving into the snowy mess. He promised to call me when he was at work. At 4:45, I still hadn't received a call, so I was worried and I called him. It turns out, he was most of the way to Hinsdale when he found out from his office that every single client had cancelled for tonight. All of them. So poor Greg turned around for home. He finally got home a little after 5:30, meaning that he spent three hours on the road for no real reason. Greg drove in one big snow-covered circle.

I had the boys clap for him when he got home safe. 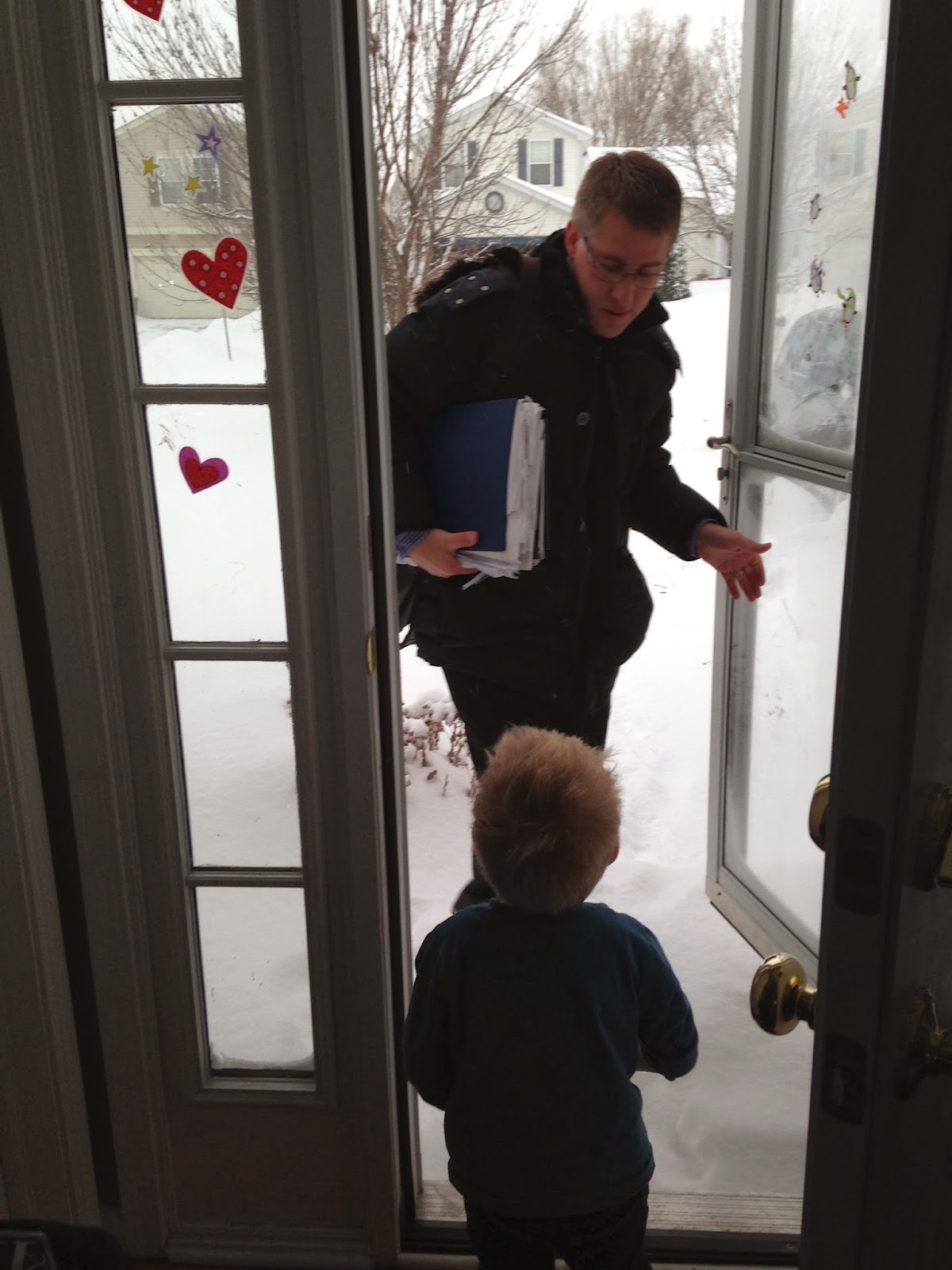 We danced in joy that Daddy was home safely. Yup. "Dude Looks Like a Lady" by Aerosmith.