What Does The Fox Say?

I had never heard of this song before Saturday, when my friend Trina asked about Nick's fox t-shirt. 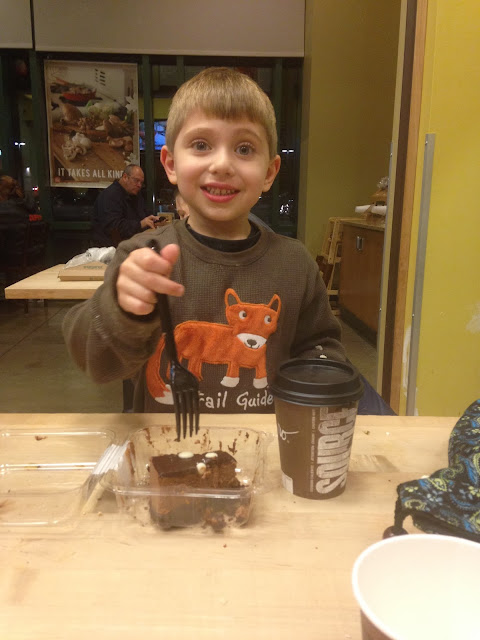 Nick's shirt, incidentally, said "Trail Guide," though I think it would've been more culturally apropos with Trina's idea. She asked if it said, "What does the fox say?" like the song. I was immediately obliged to look up the song. Then, my children made me play it and replay it for them as they danced and shrieked with joy. 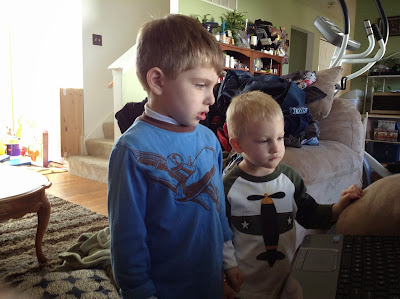 Witness the joy and exuberance of this dance.

Cute the first time (and even the fifth), but I can't get that damned fox noise out of my head now. When Nick and I did writing time tonight, I let him pick what words to write. Would you believe he chose "fox" and "say." Yup. That's my boy. 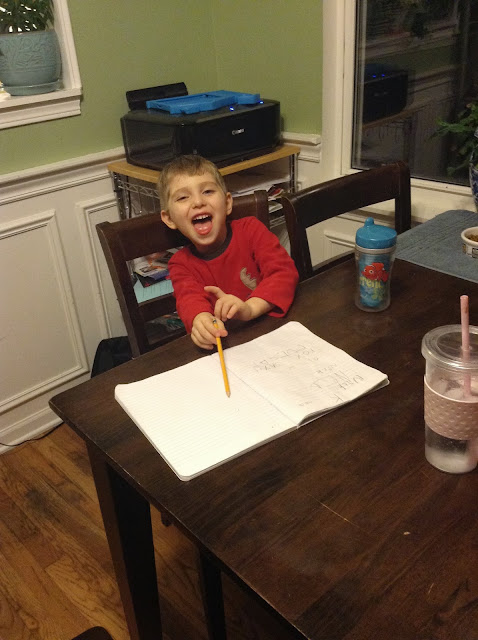 He didn't do too bad a job of copying the words, considering he's still in preschool. Nicholas did sing the song the whole time he was writing, however. 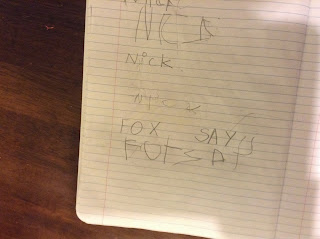