Nick had his parent/teacher conference today. I have a hard time with these, because I have been leading them for fourteen years now. This is only my 2nd year of playing the parent role, and I don't want to be THAT parent. You know, the one who is overly critical of her child OR makes excuses for problems the child might be having. I want to listen to what the teacher has to say and take it seriously.  Greg and I both arranged our schedules so we could be there together. 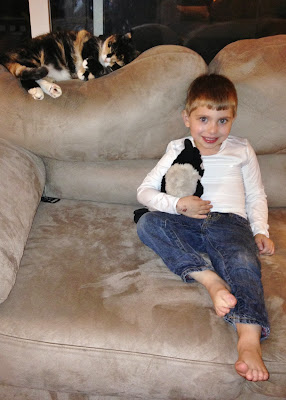 I thoroughly researched the public preschool that my son attends and I think they are doing a magnificent job. I made sure to tell the teacher how much we appreciate all she does. Nick loves school this year. His new teacher is a patient saint who actually seems to appreciate his sense of humor. I can tell in an instant if an adult finds my child adorable or annoying. I don't blame the ones who find him annoying, but I'm glad his teacher genuinely likes him. It is a good personality match, and I'm almost cried when she told me she wasn't having any compliance issues this year. He obeys well. 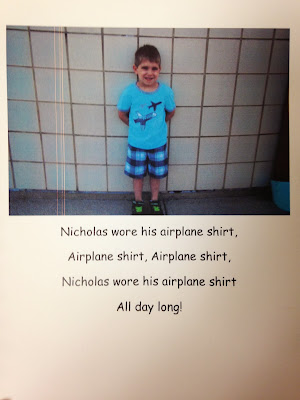 I snapped pictures of everything he'd done around the classroom, and I was very happy to hear he was at 100% with his letters and numbers, shapes, colors, etc. Writing is still a struggle for him, but we work on it every night and his teacher is seeing improvements. His focus is also getting better, though he has goals of focusing on one task for longer periods. 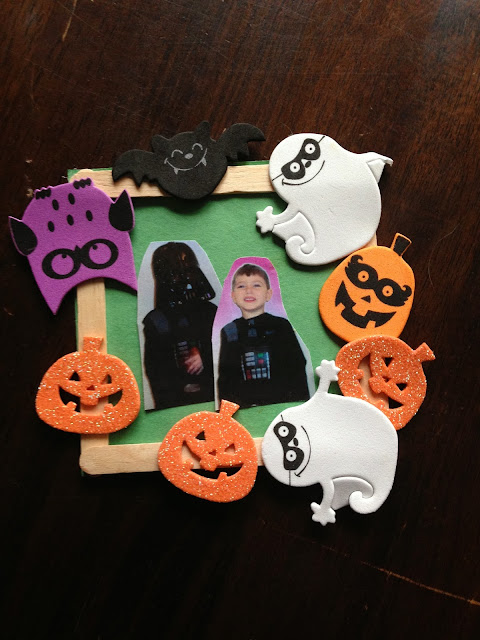 The best news of all came from his OT (Occupational Therapist). She said that Nick is one of the easier kids to work with and she can take him with another student or small groups. He's also advocating for himself, and while we were in his classroom, he showed us all the OT adaptive equipment. Nick's OT said that he hardly needs to use it, though, and he's really proactive about asking for a vest, pillow, or headphones when he needs them. 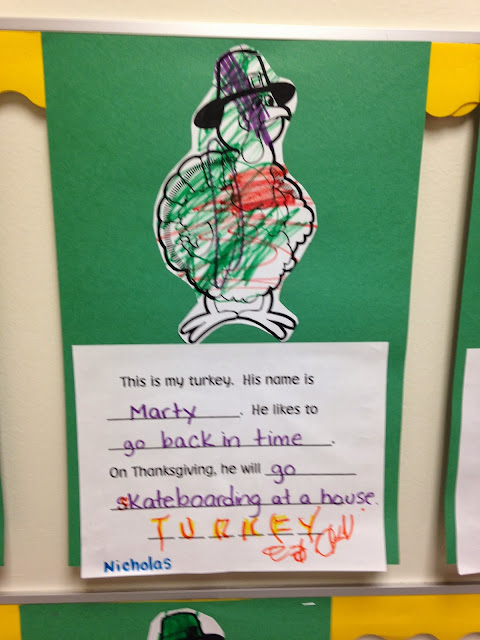 My favorite project of Nick's was his turkey. Note the references to Back to the Future. It made me laugh and give Nicholas a big hug. He has such a personality. 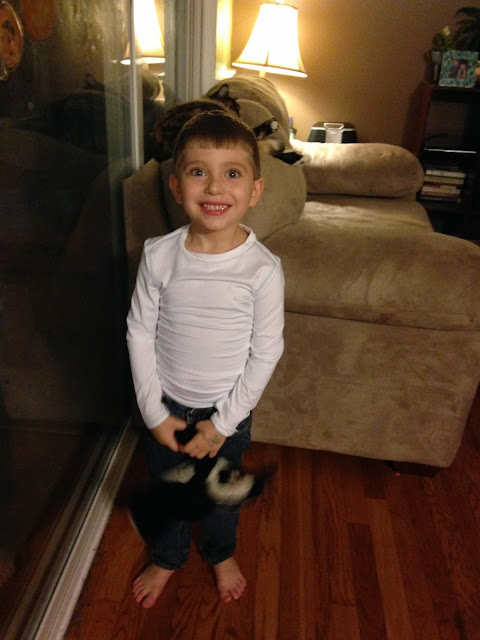 I've been buying Nick these compression t-shirts to wear under his clothing. He says they feel like a hug, and I do notice him more calm when wearing them. His teacher said he was showing his "hug shirt" off to everyone the other day. 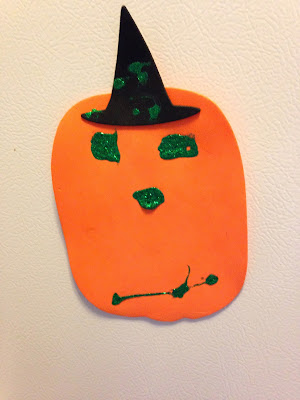 I asked Nick why his pumpkin looked perturbed, and he told me he didn't want to be cut up. Good think they used paint. I'm up for two days of parent conferences myself, and I hope I can be as cheerful, positive, and clear as Nick's teacher was today.
Posted by Melissa E. at 9:32 PM