Last year, one of the boys' favorite events was Bolingbrook's Cavalcade of Planes at Clow Airport. Even though this time of year is always crazy busy for our family, I wanted to make sure we at least stopped by to see some of the planes. 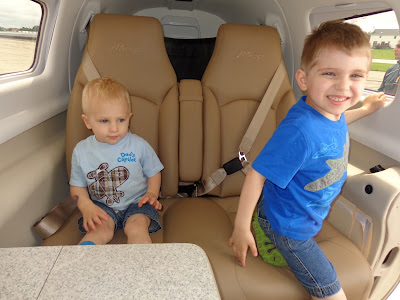 I made sure to dress the boys in airplane-themed clothing, and there weren't many lines to sit inside the small planes. I think Nick would've bought this one if we could afford it. He was extremely excited to climb around inside. It was very luxurious. It had way more leg room than your standard jet. 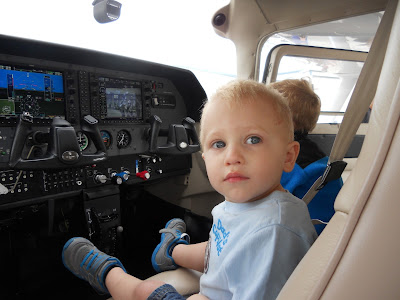 Henry liked all of the buttons and dials in the planes. I am a little scared to think he'll be able to get his driver's license in a mere 14 years. He can't even drive his cozy coupe without rolling into the grass. 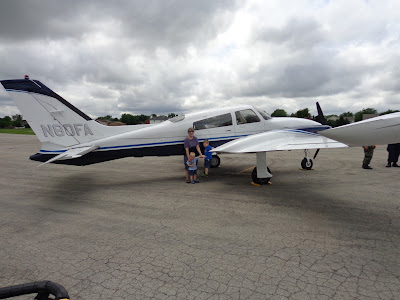 Grandma Toni joined us this year, and I think she got a kick out of seeing the boys point to all the planes. Henry does say "airplane" and he said it about four thousand times during our visit. 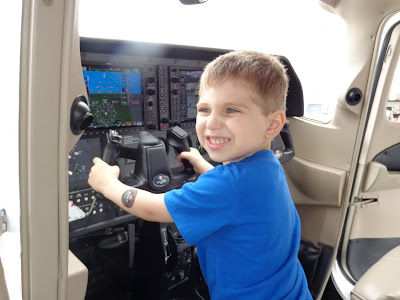 Now, in addition to the airplanes, there were also other businesses and charities present at this event. A ten-minute drum lesson was offered, and Nick really wanted to try. I guess he did pretty well for a child that often has trouble sitting still for ten minutes without banging on something. 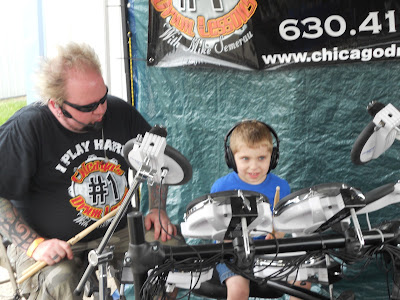 Henry was not old enough for drum lessons. Can you tell he is pouting? 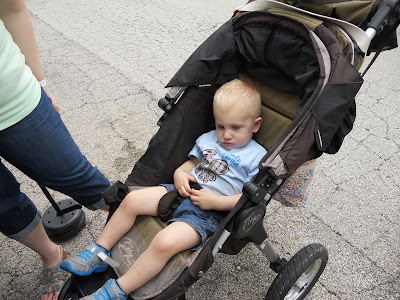 I got the boys these cool balloon airplanes that thrilled them for about 24 hours and then popped into useless pieces of plastic. Oh, well. As temporary entertainment, they worked. 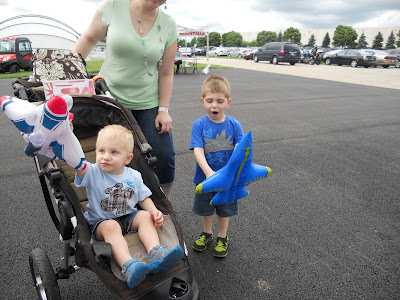 I think this event is going to be one we try to hit every year. It was so much fun watching the planes take off and land and crawling inside the planes. 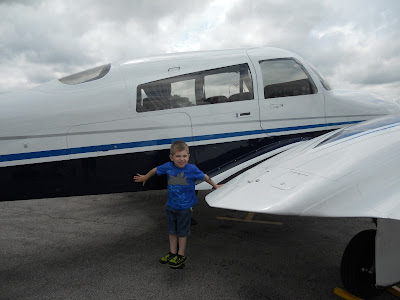 Of course, I will also hope that the boys' interest in planes does not spark a desire to fly one.
Posted by Melissa E. at 8:44 PM