I've been crazy busy this week, so when Henry offered to make me a microwave dinner at the Cafe N' Play, I was totally down with his plan. I sat in the kitchen area reading a murder mystery while Sir Henry cooked away. 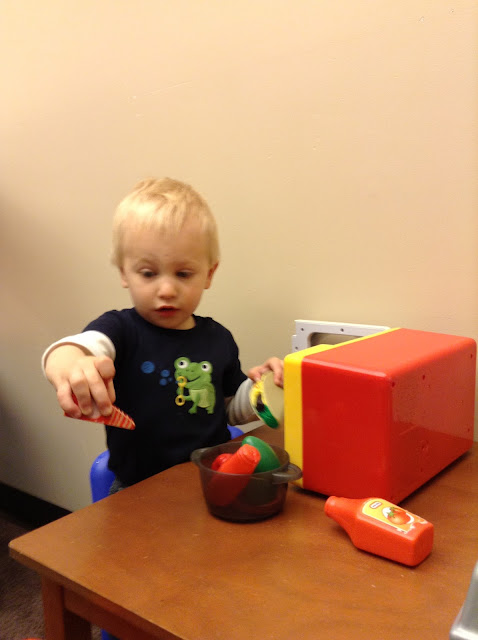 He's quite thorough with the ingredients, though he got very frustrated when they all wouldn't fit into the toy microwave. 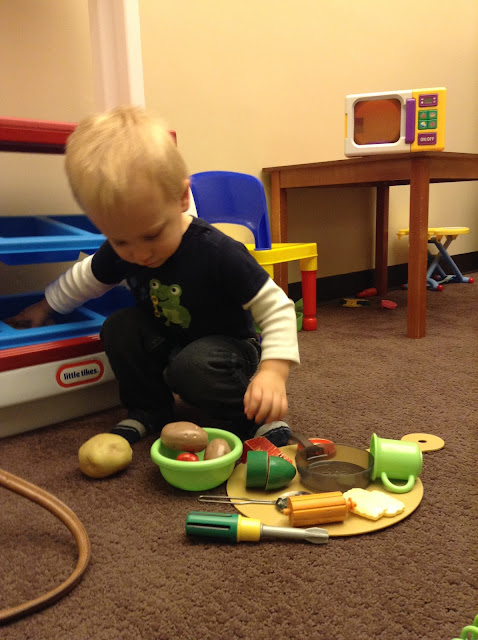 I took all of these pictures with my new Ipad mini. I spent all last weekend preparing for a speech I gave as part of a panel discussion of ELL Professionals over at North Central College on Tuesday. My preparations were really stressful, and I got very nervous once I realized that 60+ students had registered to listen to our panel of four presenters.  I think it went fairly well, and I received a speaker's fee. Therefore, I felt I deserved a little present: the Ipad mini. So far, I love it, though I'm still learning to speak Mac. 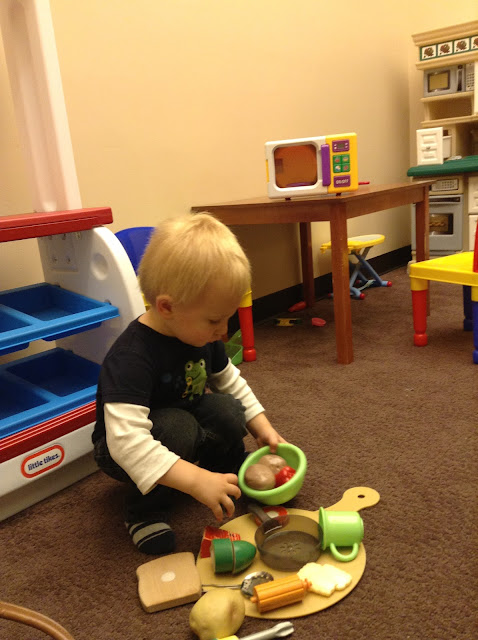 Henry's play is getting more realistic and structured lately, though he still loves throwing things. I'm also starting to recognize a few more of his words. This morning he treated all of us to a garbled version of "Five Little Monkeys, Jumping on the Bed." It was nearly understandable, and we were so proud.  :) 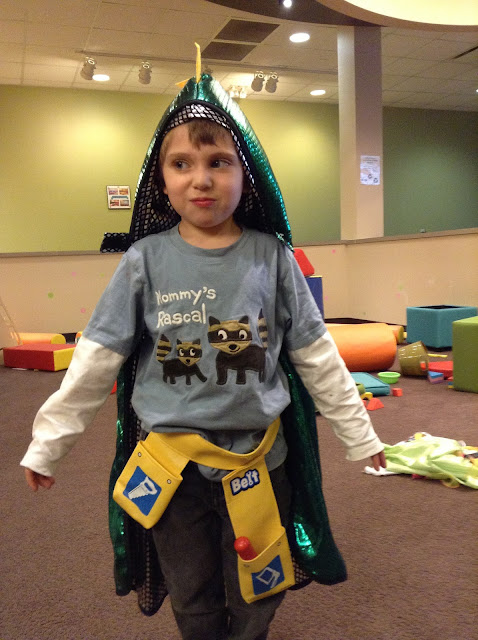 I don't want to leave Nick out of the glory. He spent three hours at the Cafe N Play and never once needed a time out. In fact, a little boy around his age came over and started pulling his hair really hard, trying to get in front of him on the slide. Nick just sat tight and yelled for me. The boy's mother got there at the same time and disentangled her son's fingers. I told Nick how proud I was that he hadn't hit or pushed the boy. I gave him a big hug because I want him to know that self-control is valued. Then I helped him put on this dragon/construction worker costume. 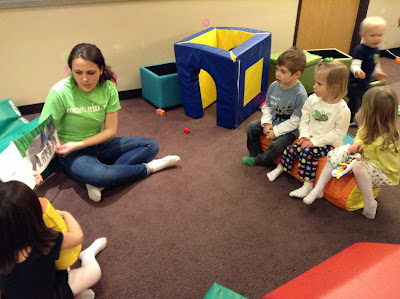 Another Nicholas triumph? Tonight, for one of the first times ever, Nick sat quietly and listened to the story. He didn't interrupt, yell, or get up once. He even asked a question afterwards.

I need to remember days like today when I get frustrated with my boys' behavior.
Posted by Melissa E. at 9:54 PM