On Sunday, Greg and Nick went out for a few hours and Henry and I did some baking. 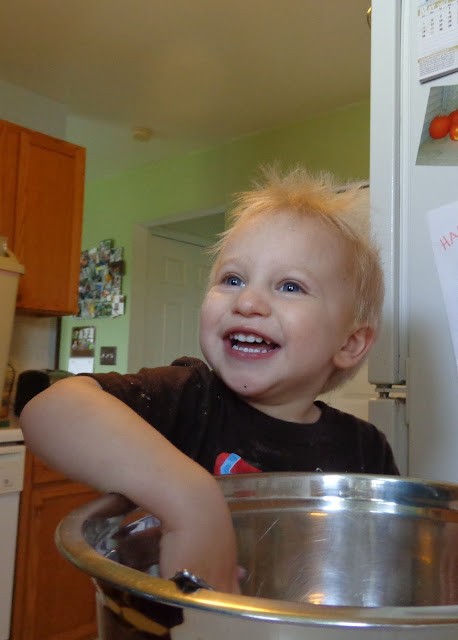 When Nick was Henry's age, I had him in the kitchen at least once a week helping me cook or bake something. The "helping" was more of a hindrance, but I firmly believe in letting kids learn by doing. I'm also not afraid of messes. I am, however, terrified to have both children in the kitchen. Greg and I are going to try to "divide and conquer" more often this summer while we're both available to be with the kids. I already use this strategy during "Lego time" with Nick, and he loves it. On Sunday, I spent about three hours working and playing with Henry. We made banana blueberry bread together.


When I say that I let Henry help, I really do mean that he helped me measure, stir, and pour every single ingredient. We dumped baking soda and oatmeal on the floor, and both of us were covered in flour by the time we were done, but Henry adored all of the attention. 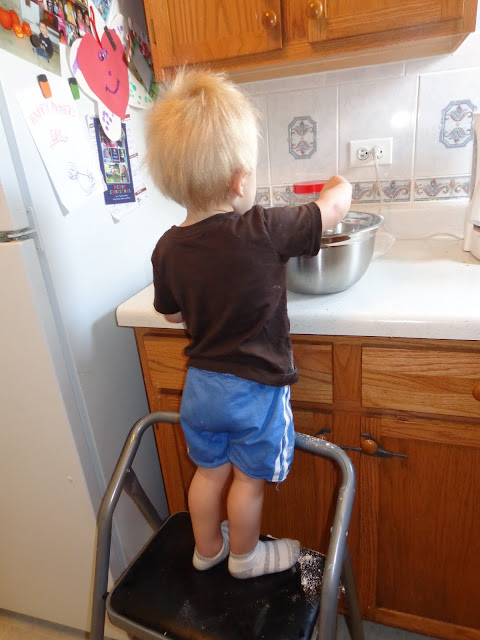 Henry really is growing up, though I often still call him my baby. He is a completely different child when he's around Nick. We baked for at least forty-five minutes, and I had his attention the entire time. 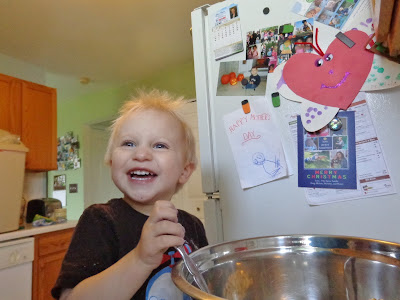 I even let Henry help me pour the batter into the baking pan. He was able to use my rubber scraper and (with some assistance) finish the job. 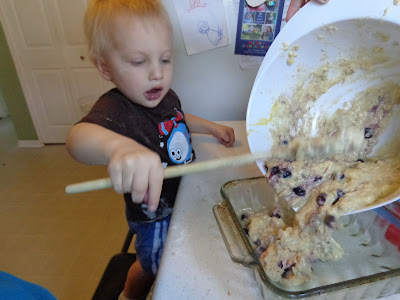 Letting Henry sprinkle on the cinnamon means that the whole top of the loaf was covered with cinnamon. It tasted pretty good that way, though. 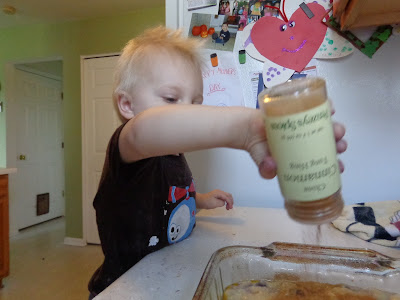 Henry even helped me clean up the counter top. 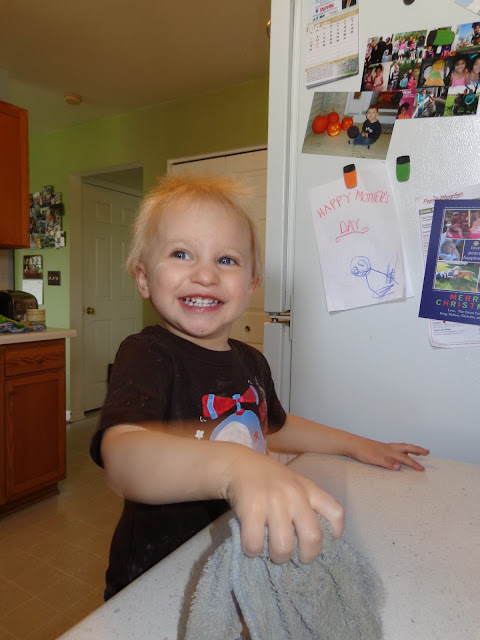 I want to make sure I get time alone with each of my sons this summer. I don't think it really matters what we do, but that one-on-one time really means a lot to them. I have to say that I think it means a lot to me as well. 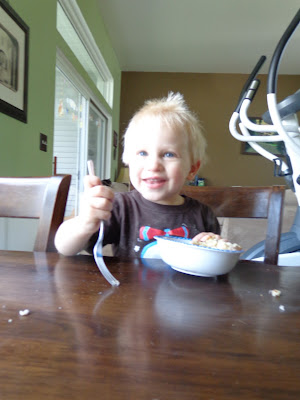 Oh, and the bread? It was delicious.