Nick can write his name!

I am so proud of my older son tonight. Nick has been able to write letters for over a year now, but he seldom likes to put them together, or sit and work for any length of time and work on formation. Tonight, though, I caught him in the right kind of mood. 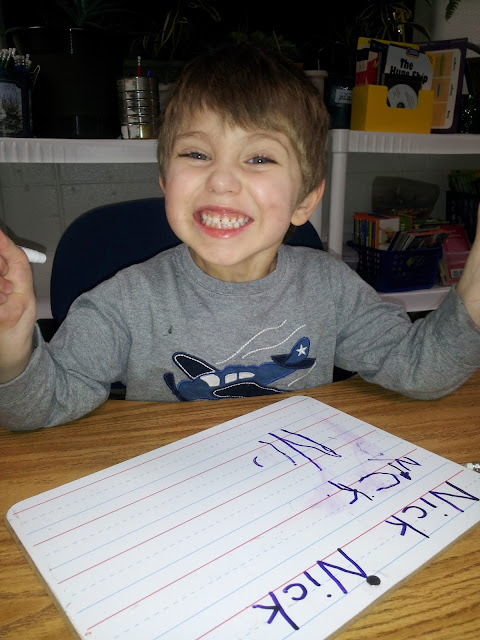 Greg works on Monday nights, so I had him drop the boys off at my school so I could get some work done. In retrospect, I'm not sure why I'd get much of anything done. I finished about an hour of work in 4 hours, did crafts with the kids, hung up a bulletin board, and fed the kids granola bars, carrots, and green tea for dinner. My classroom was completely trashed!

Nick really wanted some of these little letter erasers I have on my desk as prizes, and I told him they were only for kids who could write their names. 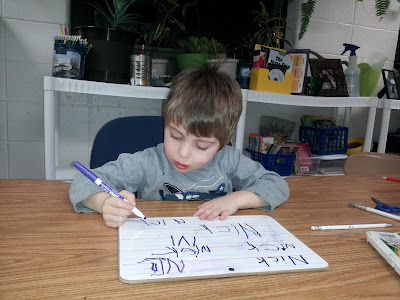 "I can write my name!" Nick insisted. "Well, do you want to show me?" I asked. Nick nodded and he actually let me sit with him and help him make the letters over and over again. We filled up this dry erase board at least twice, practicing. 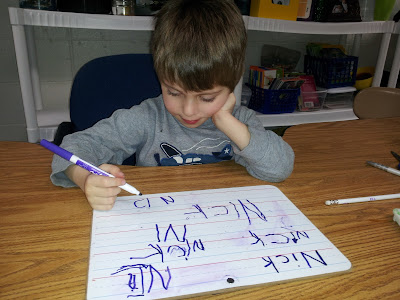 What made me so proud was not the actual writing of his name. It was the perseverance I saw. Before I'd give him the erasers, I told him he had to write his name on every line. We erased any backwards or totally malformed letters, like the backwards "c" you can see him working on. Nick got frustrated a number of times, but by the end he found his groove. 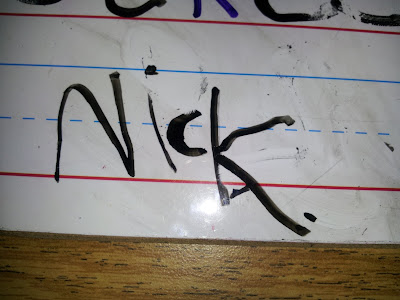 I told him that even though it was really hard and he got mad a few times, he had not given up. Nick truly earned these erasers tonight. 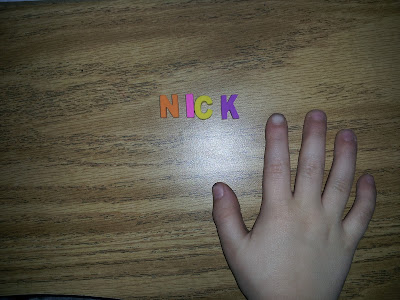 I have been helping little kids with their letters and with writing for years now, but somehow it feels different when it is my own child gripping the marker tightly, trying again and again to get the "c" facing the correct way. Nick did the happy dance when he was done, and Henry danced with him.

On another note, Henry wants you to know that he shall not be forgotten. 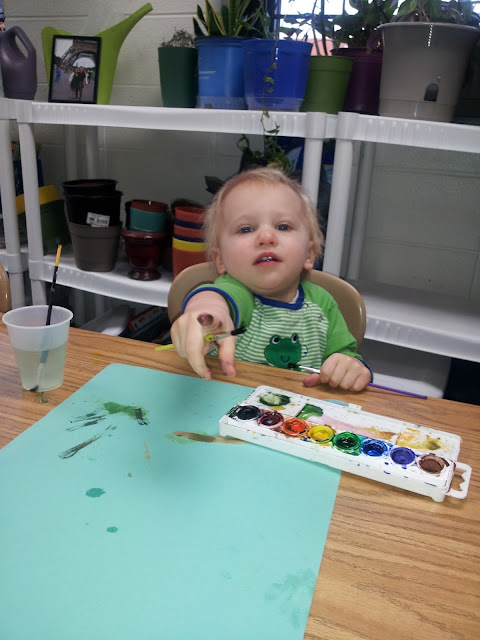 "I am cute and I painted with TWO paintbrushes at once!" says Henry. (Or he would, if he were using sentences.) He kept stealing my dry erase markers, writing on the tables and chairs with them, and exclaiming, "Mah-kah!" because Henry has a thing for markers.
Posted by Melissa E. at 9:15 PM