Nick earned a special pizza certificate yesterday because he had a (relatively) good visit to the dentist. I picked up his pizza kit today from Papa Murphy's Take 'N' Bake, at 135th Street and Route 59, in Plainfield. This is what he got! 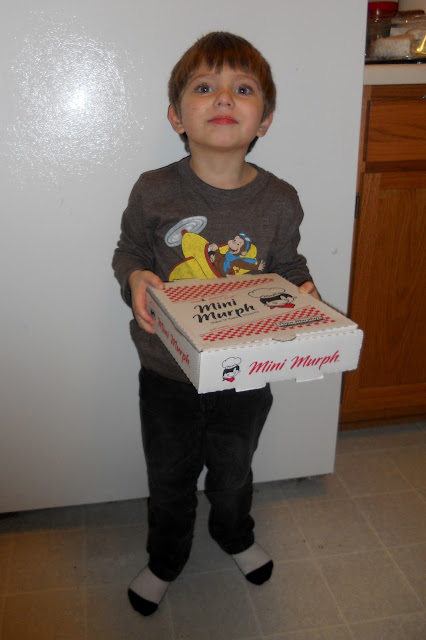 First, Nick contemplated his ingredients. "There was red sauce in the box!" he told me, as we were typing this post. 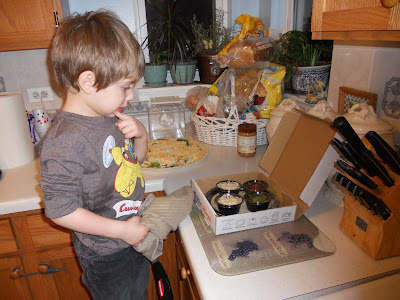 Here's Nick chatting with me as he takes out the ingredients.

Nick did indeed spread the pizza sauce onto the crust. "I was spreading it on," he said. 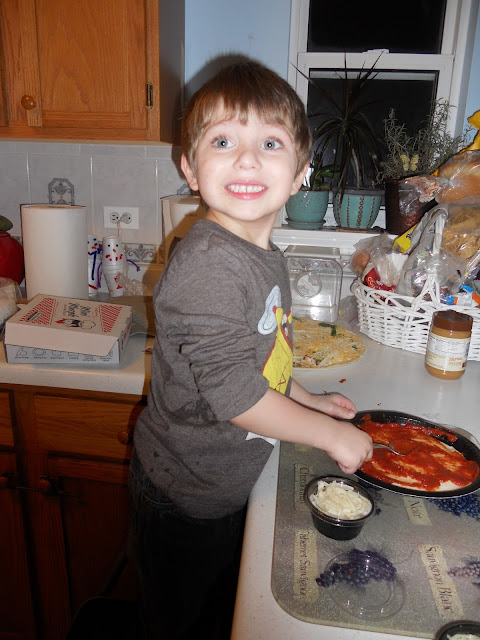 After he added the cheese, Nick got so excited he jumped straight up in the air. I even got a picture of him jumping in midair. You could say many things about my older son, but you could never say that he lacks enthusiasm! 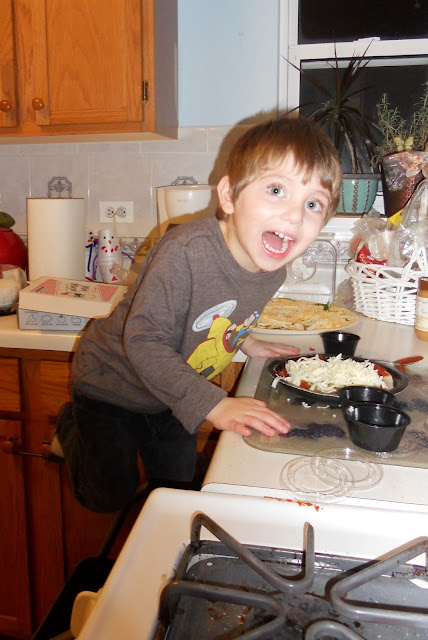 I think he did a superb job for his first time. Here is the final result, right before we put it in the oven. Nick can be very photogenic, when he wants to be. . . 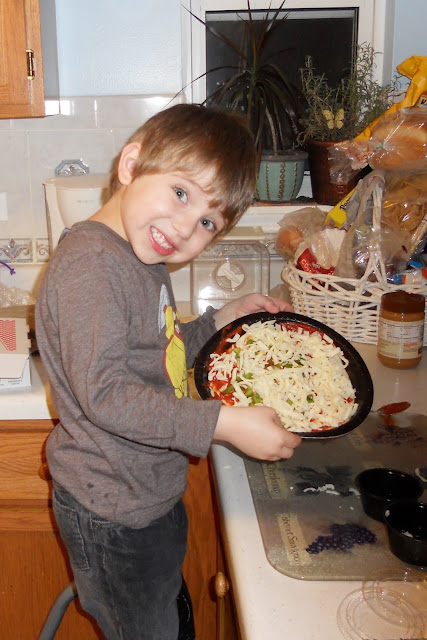 We found a Pizza Chef tattoo in the bottom of the pizza box. Tattoos are like gold to a four-year-old. 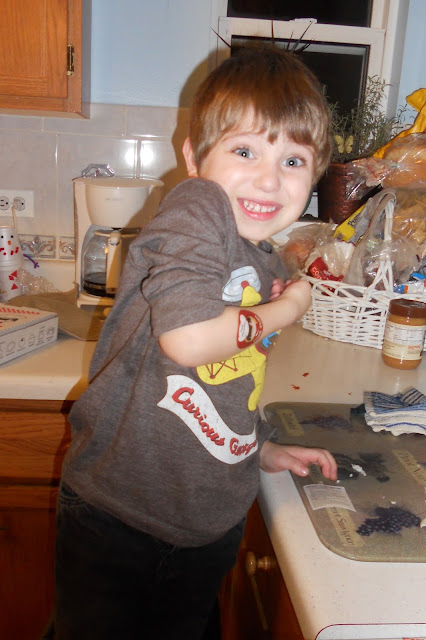 I had a regular veggie pizza for the rest of us for dinner, and Grandma Toni, Nick, Henry, and I ate half of it. That's a lot for us! 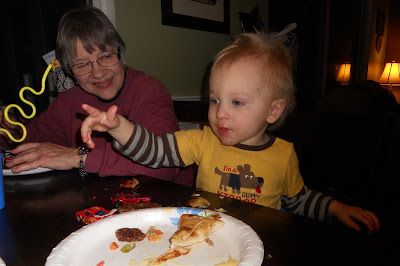 After dinner, for a special treat, we used twisty straws and heart-shaped grape-juice ice cubes in our water. We also had a dessert pizza--cinnamon sugar with cream cheese frosting. Yum! 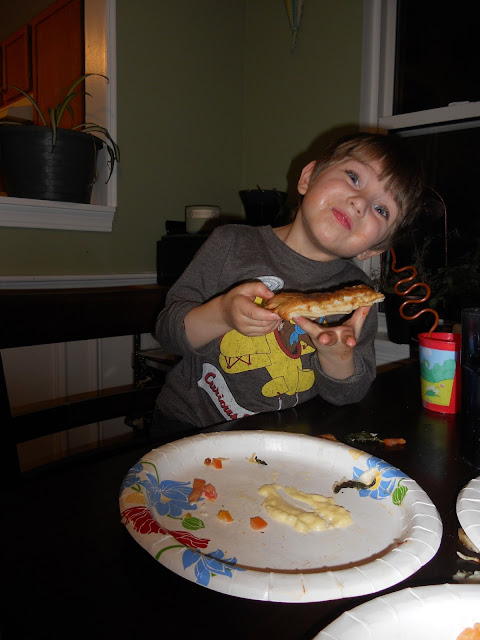 Henry kept stealing dessert pizza slices from my plate. He had quite the appetite! I told him that pretty soon, he'd be big enough to make his own pizza, just like Nick.    :) 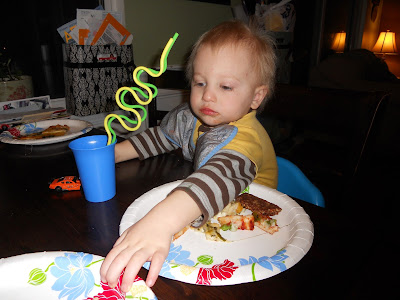