Dance Classes for Nicholas and Henry

Both of my boys love to dance, so when I saw that they were offering dance classes at the Cafe N Play, I had to sign each of the boys up for a trial lesson. Henry made several new friends. 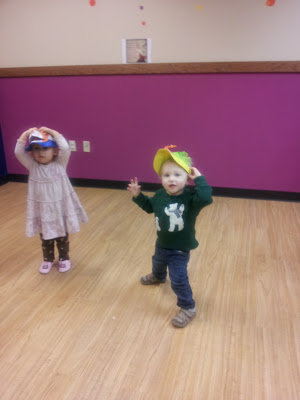 Henry took a toddler dance class, which I participated in as well. He loved the dancing, but didn't really understand the directions. He adored the scarves, though. 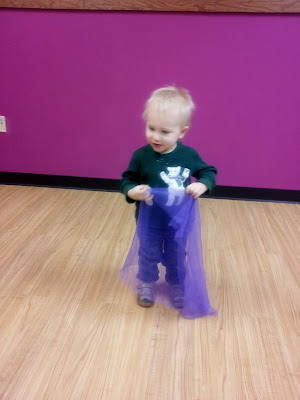 The dance teacher said the little ones usually catch on after a few lessons. I think I'm going to keep Henry going. He did not want lessons to be over. Check out this pout. Nick's lessons were a little more organized, though he didn't necessarily do any better a job of following directions than Henry. He clearly enjoyed himself, though. 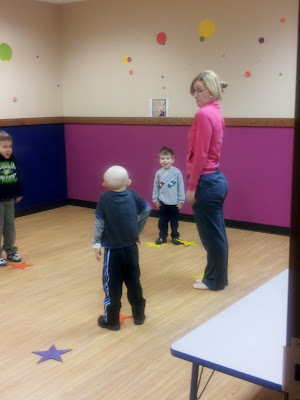 Nick's class was all boys, and the boys all had rhythm. Nick wasn't always on the rhythm, but he certainly never stopped moving. It was pretty fun to watch. 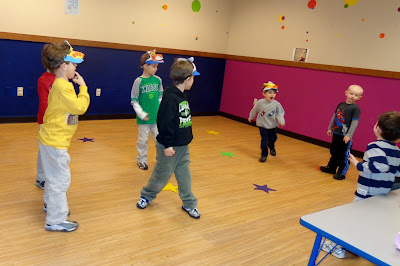 This was at the end of class, when they were pretending to be animals and then doing a freeze dance.


I think both of my young gentlemen had fun at dance classes. I'm hoping they catch on to the following directions part next week.