Swimming in the Big Pool

Last summer, my friend and I tried to take the boys to the big pool at her condo. It rained, and Nick was disappointed that he didn't get to go in the "big pool." We tried again last week, and had a wonderful time! 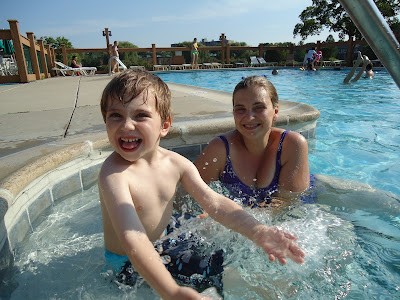 I love to swim, but the opportunity doesn't usually present itself. I spent a lot of time in the water trying to teach Nick to swim. Henry, on the other hand, was very tired and not too interested in the water. 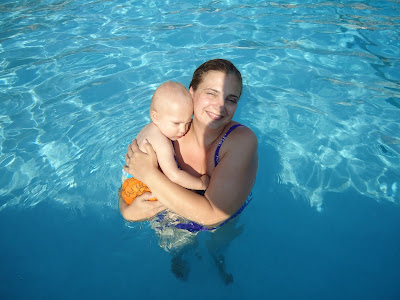 Nick was excited to kick his feet and play on the stairs, but every time I would bring him into the deeper water, he'd scream, "I'm all done! I want to get out of here!" Then, if I took him out of the pool, he'd immediately say, "I want to go in the pool. I want to go swimming." He was mostly just scared. 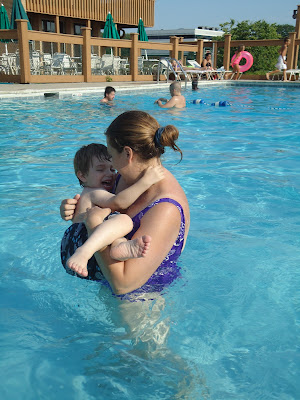 I think Nick must have gotten in and out of the pool 20+ times. 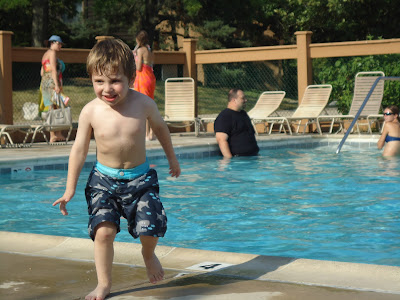 Henry ended up napping most of the afternoon away, and he got some cuddle time in with some of my friends. 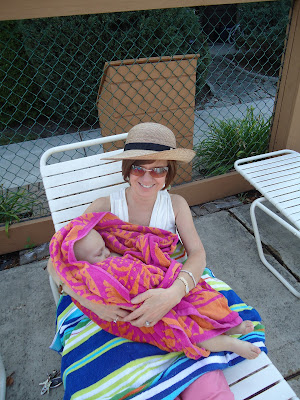 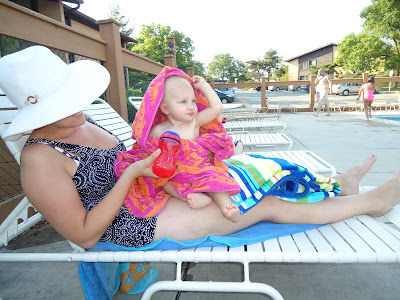 Nick and I spent most of the time in the water, and I think he'll be a very decent swimmer once he figures out the basics. We mostly worked on floating and kicking. He loved it, though. We'll have to take the boys swimming more often. 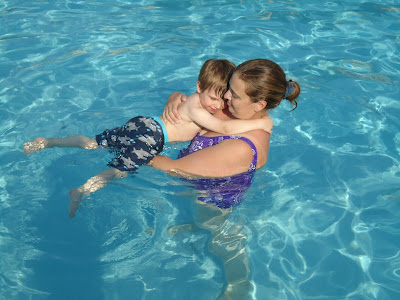