Last week I was on a quest. You see, every year Greg and I make a birthday dinner for my mom featuring the cuisine of a particular country. We started this tradition back in 2010 with French food, then "traveled" to Spain for a tapas dinner in 2011. This year our destination of choice was Italy, and we started at the Home Depot. 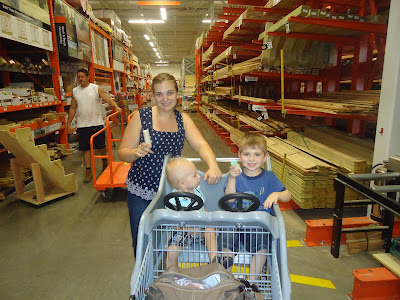 Yup. You heard me right. You see, my mom really likes cannoli, and you need cannoli forms in order to fry them up. However, I could not find cannoli forms anywhere, and there wasn't enough time to order them from amazon. Google helped me find directions for making your own wooden forms, and this nice Home Depot employee sawed a dowel rod into just the right sized cannoli forms. 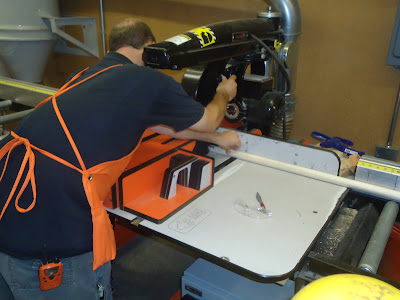 The Home Depot was quite an adventure for my boys. They loved sitting in the car with steering wheels (one for each of them) and the dowel rod itself was a fun toy once it was sliced. 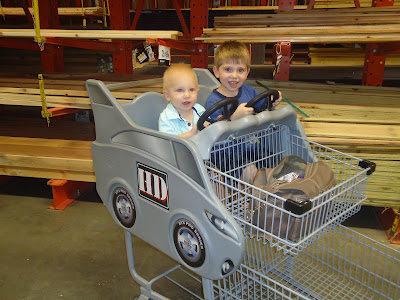 I have to say that I got some strange looks as I explained what I wanted. 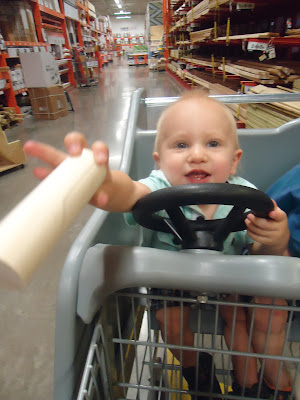 The finished cannoli molds look like the one in Henry's hand. I put them through the dishwasher first, of course. 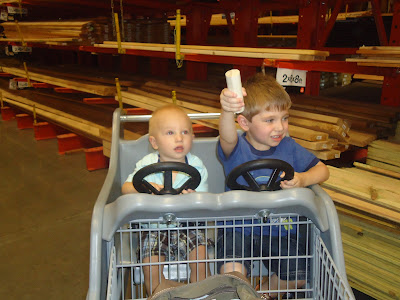 Once we brought the cannoli forms home, it was time for me to actually attempt cannoli-making. I always try out the fancier recipes a week or so before the actual meal. That way, when I make it for real, it isn't a brand new recipe anymore. 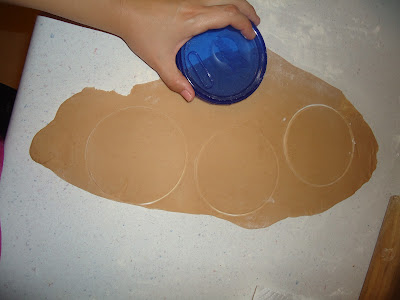 The cannoli dough was fairly easy to work with, though the first time I made them, I couldn't find the rolling pin, and had to use a can of peas. The rolling pin was much easier. I also must have bought cannoli forms that were bigger than I anticipated. I had to use this tupperware lid to make the circles the right size. Here's what they looked like after I wrapped them around the forms. 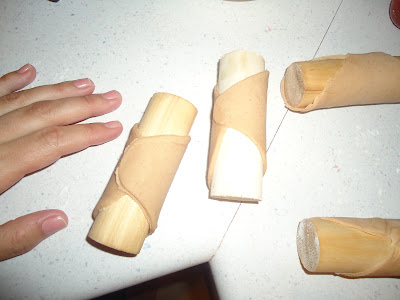 Cannoli are pretty simple, once you figure out the whole deep-frying thing. Getting the dough thin enough was probably the hardest part. 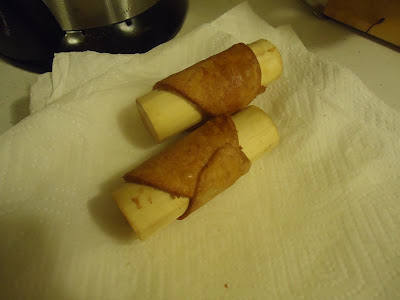 The recipe I used was pretty tasty. I like that it had mascarpone in it. 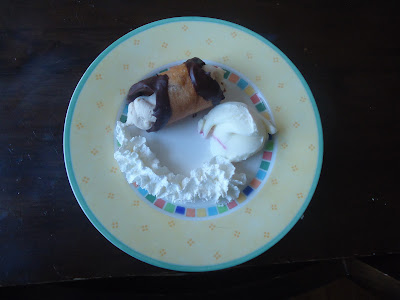