Last week, Greg and I took the boys to the Children's Museum in Oak Lawn. It was pretty hot outside, and we wanted a cool place to take the boys to get their energy out. I also had a Groupon. 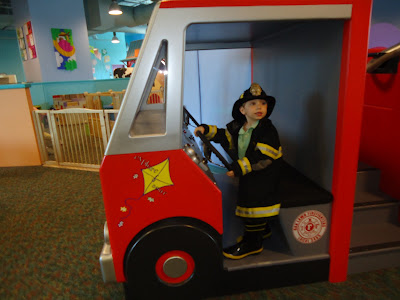 This museum was smaller than the ones in Chicago and Naperville, but I actually think it was better for my purposes. A smaller, less crowded museum means that it is easier to keep track of the boys! 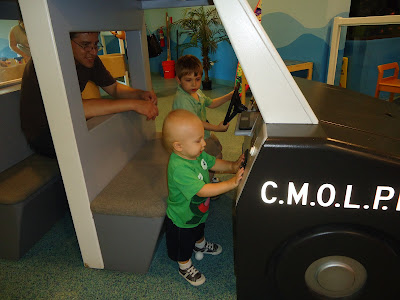 I'm not really sure why Nick looks so conflicted about milking the cow. He almost looks sad. Hey, Nick, don't worry about it. It is a plastic cow, it doesn't mind being milked! 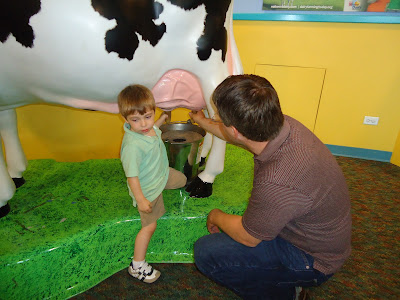 Henry liked the grocery area best. Pulling things off shelves is fun, but we usually stop him at home. Here, he could pull down cans as much as he pleased. 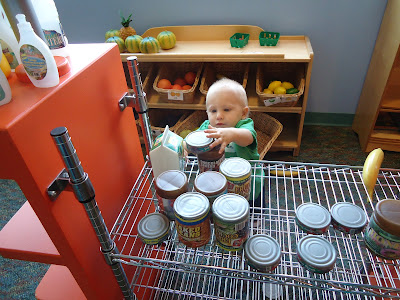 The carts were even better. 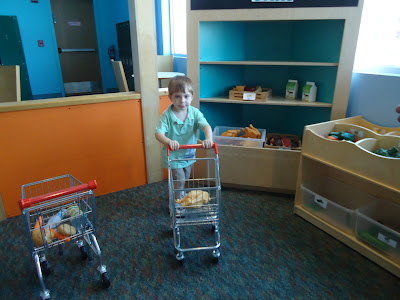 Since Henry has started walking, he loves to push things. This cart was right up his alley, as are the ladies he was clearly flirting with as he played. 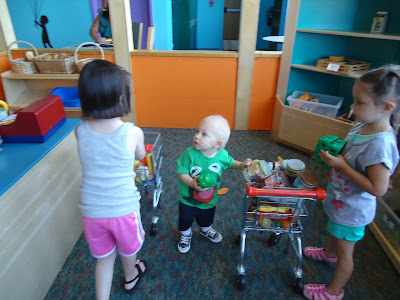 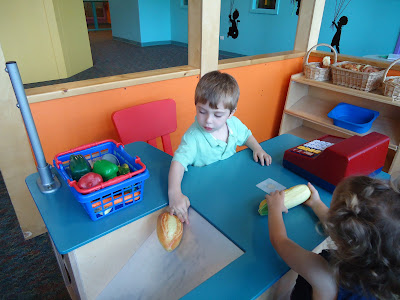 Henry may love pushing the shopping cart, but his driving skills are still somewhat lacking.

Nick loved the stage best. He kept running around with different costumes on, sliding on the floors, and popping in and out of the curtain. 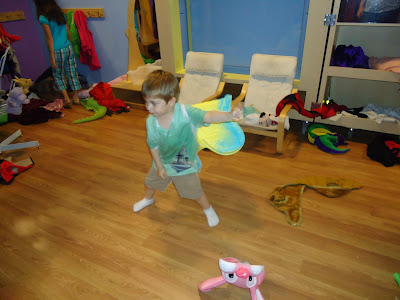 This does not surprise me. Nick can be very dramatic. 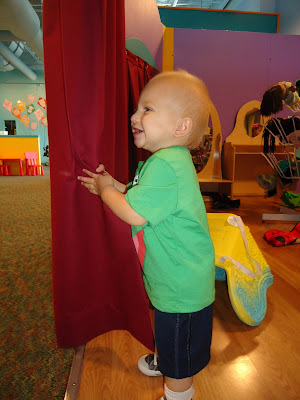 Despite the stress of packing for a long outing, this one was pretty fun and low-key. 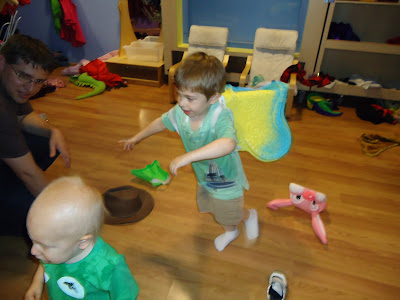 Nick has been asking about fishing ever since he got to try it on a small, plastic scale here. 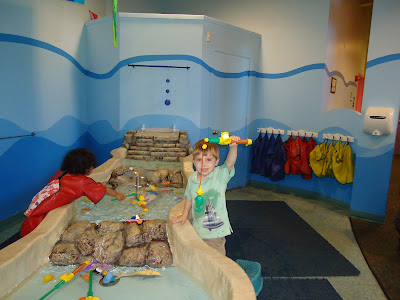 I love outings where I feel like I did something special for the kids without having to strain myself too much. 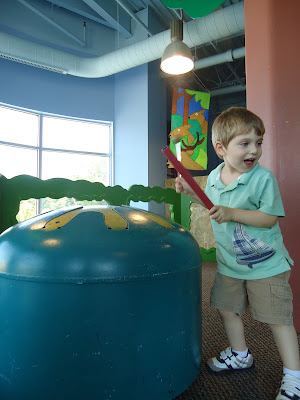