This year, I let the boys have a say in their daddy's Father's Day presents. Nick and I decided to make cookies for daddy, but Nick wanted them to be blue. "Daddy likes blue," said Nick. Unfortunately, blue food coloring creates cookies that are quite an unattractive color. 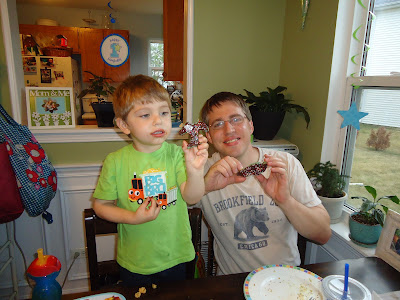 No, really. Would you want to eat cookies that look like this? Me either. That's why we covered them in chocolate frosting. Nick chose which cookie cutters we used, too. "Cars and airplanes and fishies. Because my daddy likes those things." 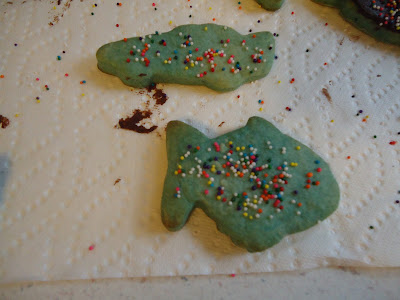 They aren't too bad, if you eat them with your eyes closed. Henry loved them, anyway. 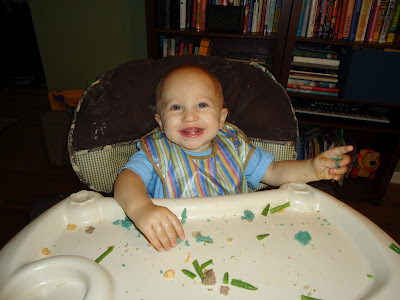 I also took the boys out shopping and let them pick out clothes for Greg. Mostly, this involved me choosing two shirts and having Henry or Nick point to one of them. We got him some new jeans and polo shirts for work. Greg is pretty easy to shop for, since men's clothing tends to be fairly consistent in sizing. A medium is a medium is a medium. I was pretty sure Greg would like what I bought him, since he hasn't bought clothing for himself since at least 2005. Nick's taste, however, is a little different. When we walked near a display with some brightly colored boxer shorts, Nick found the perfect gift for his daddy, and he wasn't quiet about it, either. 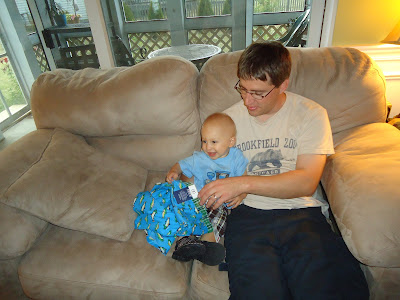 He ran straight up to this bright turquoise blue pair of boxer shorts with some sort of trout on them. "Daddy needs to have these underpants!" Nick declared. Strangely enough, they were about the same color as the cookies we made for him. When the boys gave them to Greg, all I could say was, "These were totally Nick's idea." They're not his usual cup of tea, which you already know if you've ever met my husband. 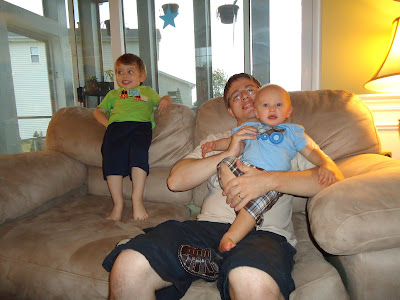 I'm not sure why Nick decided that his daddy likes fish so much. My husband likes to cook and eat fish, but I don't think I've ever heard him express interest in fish in particular. Maybe it's just that Nick always hears Greg order salmon or tuna in restaurants? 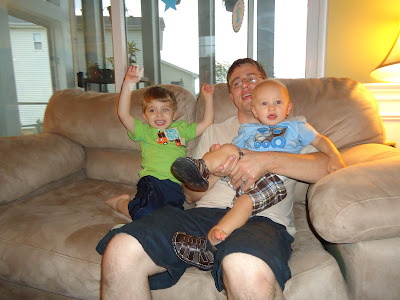 Either way, I think Greg liked (most) of his Father's Day gifts. . . especially because they were chosen by his boys.
Posted by Melissa E. at 9:57 PM