Popcorn and Birdseed and Binoculars

One thing that's nice about being a teacher and a parent is having built-in guinea pigs at home to try new ideas out on. Sometimes Henry and Nick like my ulterior motives for our "activities" and sometimes they don't. They were pretty pleased when I bought the binoculars and promised to return them after my lessons this week.


This week I'm working on nonfiction text features with some of my students through a book called Look Up! Bird-Watching in Your Own Backyard. That's what the binoculars were for, and I'd highly recommend the book. Sunday morning, we laid out a ton of birdseed for the mourning doves who hang out in our backyard. 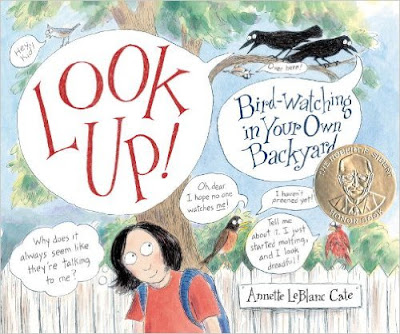 To attract some birds, I wanted to have my students string popcorn and lay it on some bushes near our windows. I figured that if Nick and Henry could make a popcorn string, my students would have no problem with it. Nick caught on right away. 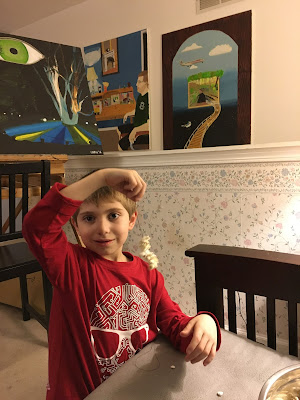 Henry had a harder time, but he still managed pretty well. 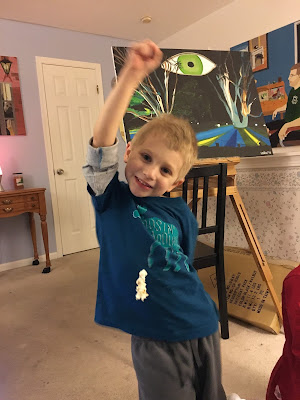 It remains to be seen whether the popcorn strings will attract any birds, but Nick and Henry sure got a kick out of trying out the hands-on portion of my lessons.
Posted by Melissa E. at 8:36 PM