Today was not an exciting day, but it was a pretty typical Sunday. Greg and I like to sit around and drink coffee leisurely on Sunday mornings. For the boys, there was lots of gear-building. Nick remembered from the movie "Hugo" that there was an automaton, and he wanted to use his gears to make his own.


Nick also helped his daddy out today. Our washing machine seems to get a sock stuck in the drainage pipe nearly every week. It's not even tiny little boy socks, necessarily. Today it ate one of Greg's socks. Nick's tiny hands were quite useful. 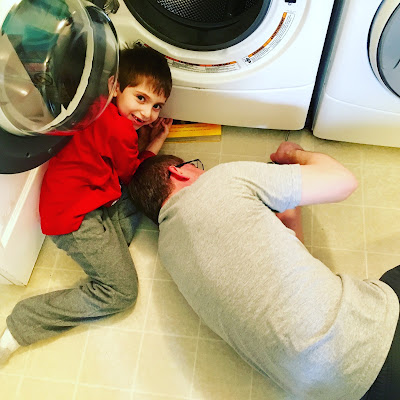 I took the boys to see Kung-Fu Panda 3 so that Greg could work on cleaning the boys' bedroom. Ahh, the excitement of a giant vat of popcorn and a cheesy cartoon movie. 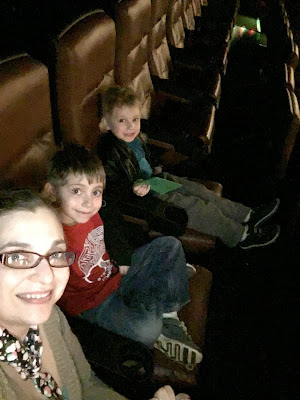 They loved the movie, and Henry and Nick can't wait to see Zootopia, which apparently is coming out next week. The movie theatre even had this photo op set up in the lobby. 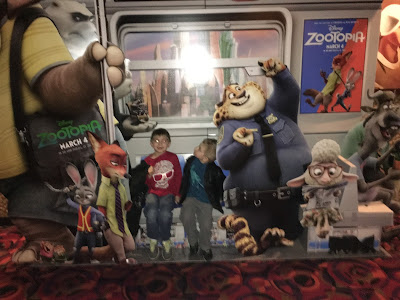 The boys both really wanted me to buy them these "Harry Potter glasses." I had to tell them no because they're reading glasses, but now I'll be on the lookout for clear ones. Henry was quite distraught that I said no.  It's funny how they both want glasses but don't need them, and I used to refuse to wear mine as a kid. 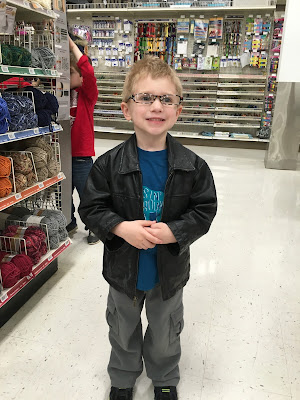 Henry is really proud of his new sneakers. They have Snoopy wearing sunglasses on them, and they light up when he stomps his feet. (Which he does. . . frequently.) I found them, brand new with the original tags still on, at the Goodwill for $2.99. 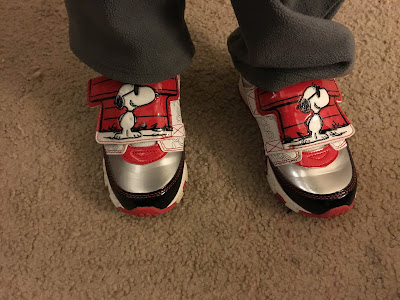 Before dinner, they decided to use their newly clean room and pretend to be astronauts. The top bunk, you see, was the space ship, and they blasted off by jumping off of the stairs headfirst. 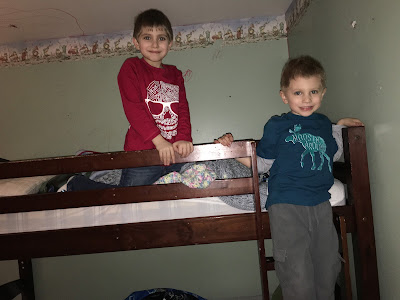