. . . he will populate it as he sees fit! Henry found this little dollhouse at a garage sale last weekend, and wanted to play with it tonight. We went looking for people to put in the dollhouse, and this is who we found. . . 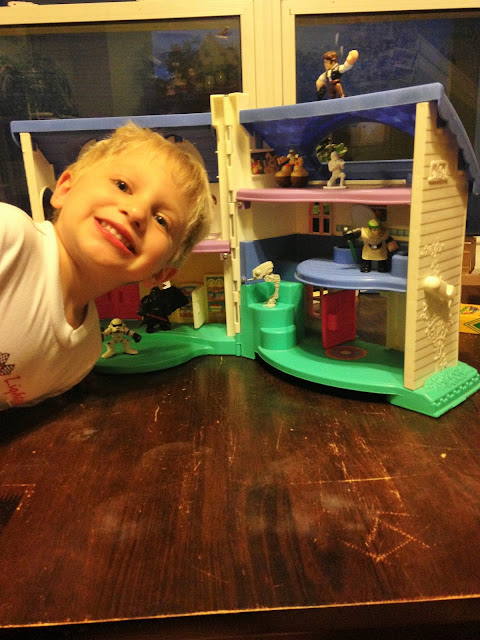 Oh yeah. Football players, Star Wars action figures, Big Boots, and a giant insect. I never noticed until tonight that there isn't a single female anything in their toys. Since most of their toys were either gifts from other people or random things we picked up from garage sales, I'll have to add some females to their pile of people. 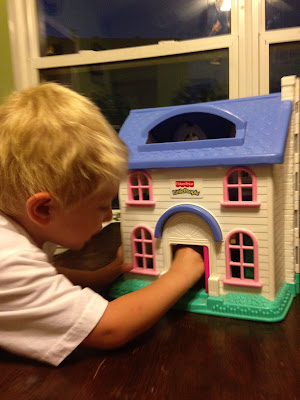 We kept putting the people in different places. This rather incongruous mix of people in such an unlikely location kept making Henry laugh. He especially liked Darth Vader sitting on the toilet with the storm troopers keeping watch in the bathtub.


Between Goodwill and various garage sales, I've really lucked out in the last week. My very best find was this playhouse, which I got delivered for $50. These things retail new for around $500, not including delivery. 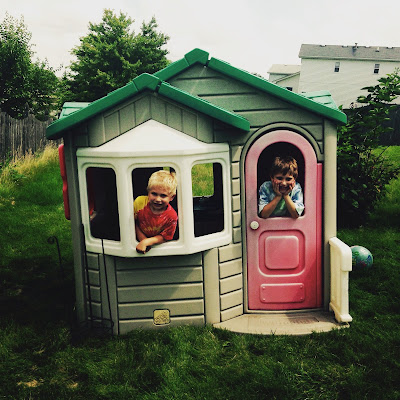 Of course, they don't always play with their toys the way one would expect. . . 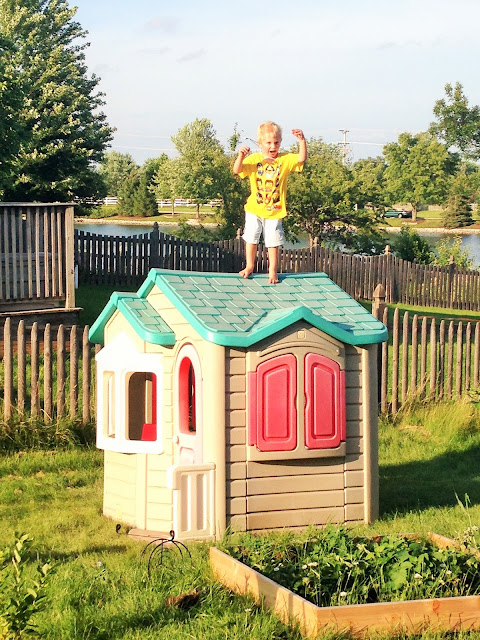 They treat their new home like a jungle gym, spy headquarters, and underground bunker. Hey, at least they're creative. Nick had his toy cash register in there yesterday, along with a laundry basket. Perhaps he wants to open up a laundromat?