Last Saturday, I took a break from the crazy amount of work I had to do in order to take my boys to Star Wars Day in Joliet. I'm so glad that I did! 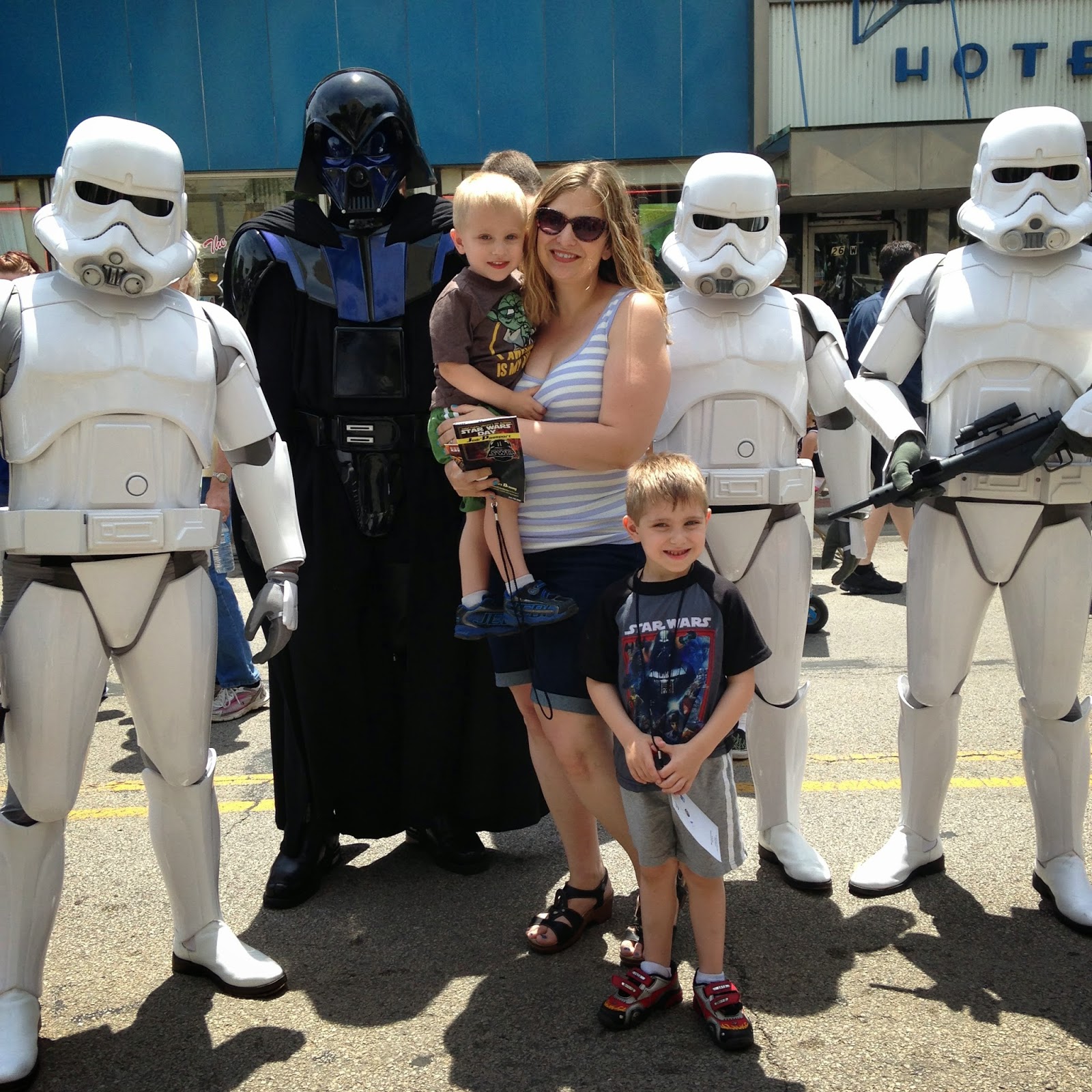 Star Wars Day is a crazy event, filled with costumed participants, demonstrations, and special games and events just for kids. 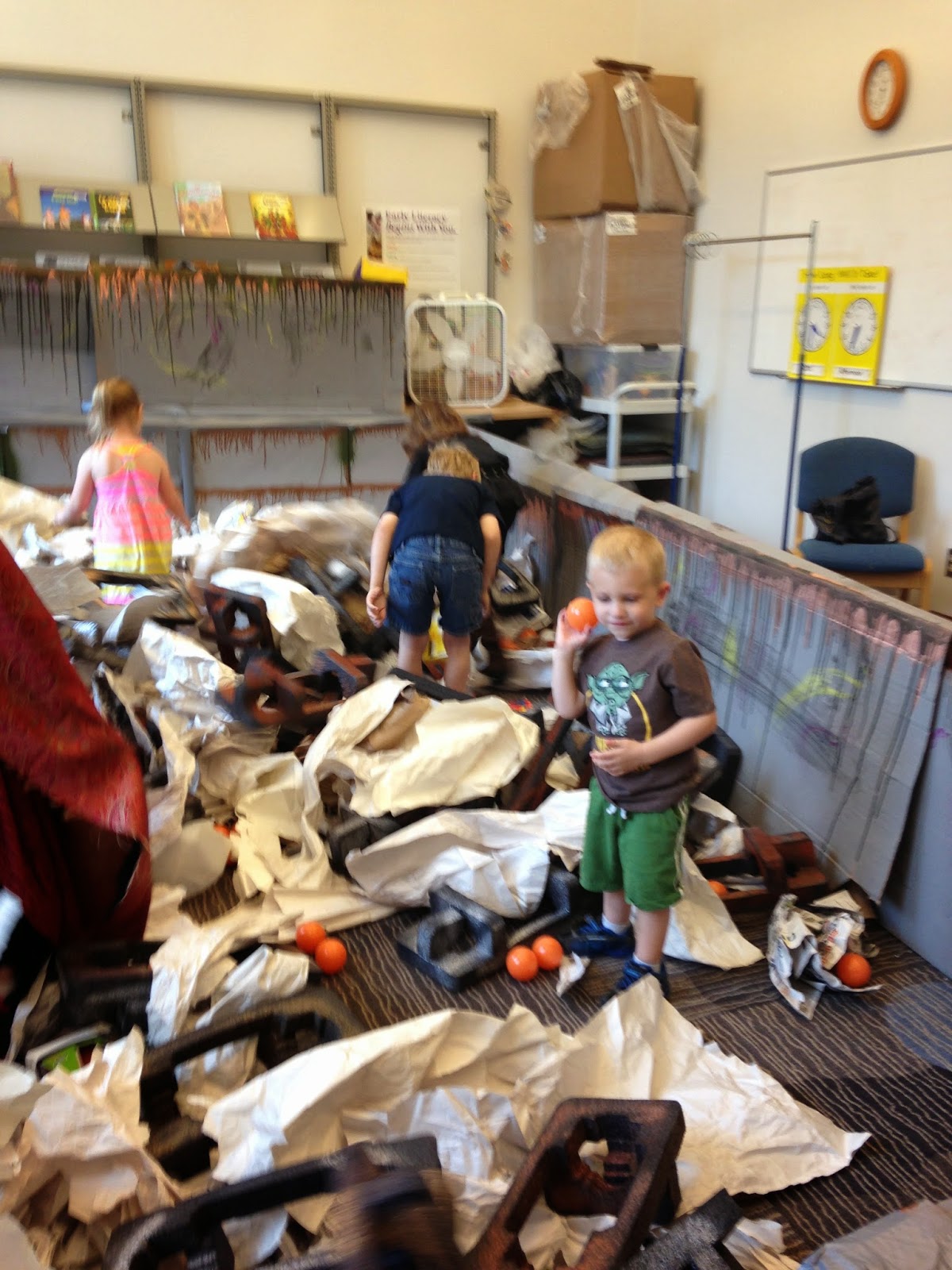 Where else can you find a reenactment of the trash compactor scene in the middle of the library. . . .? 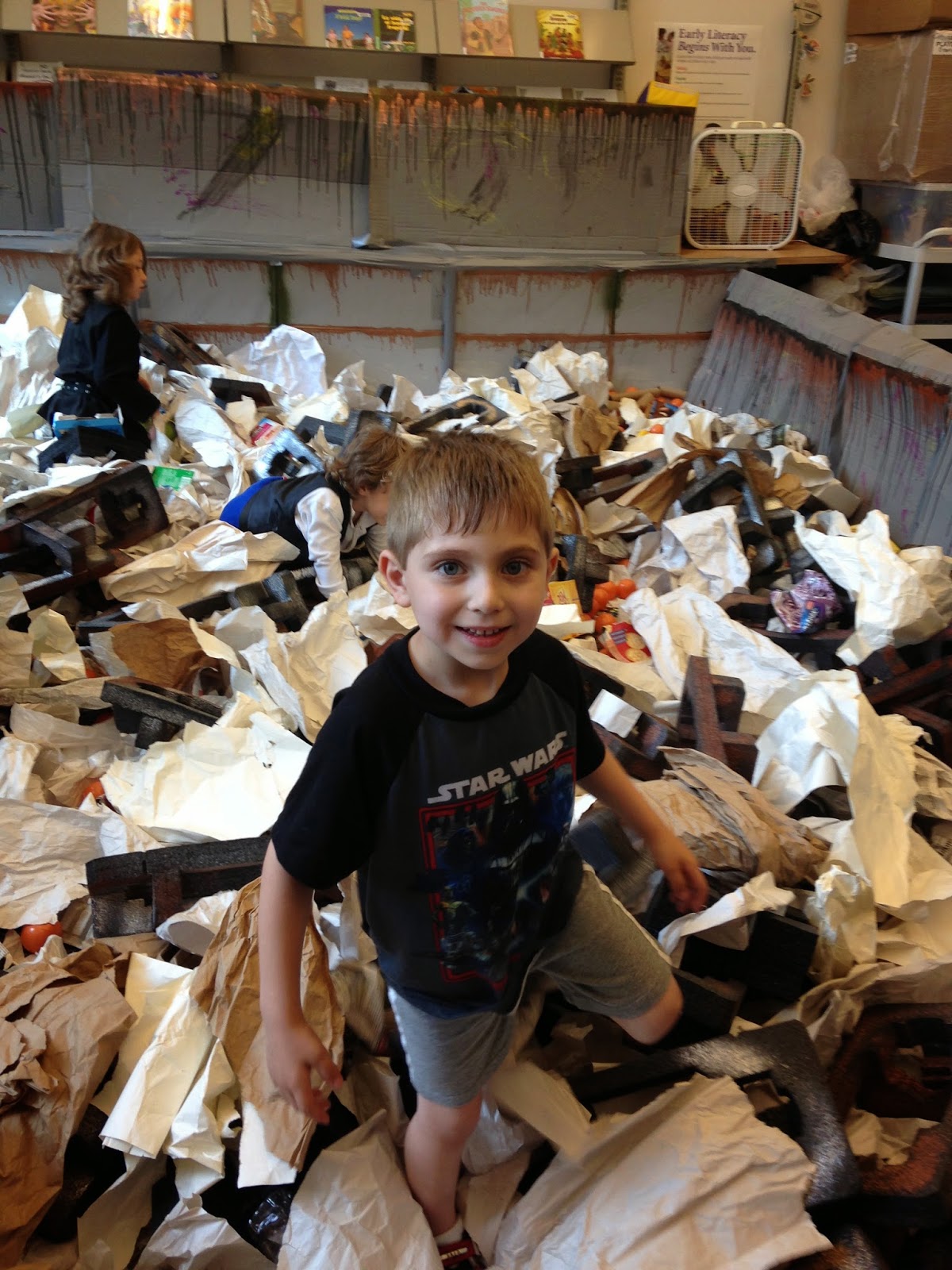 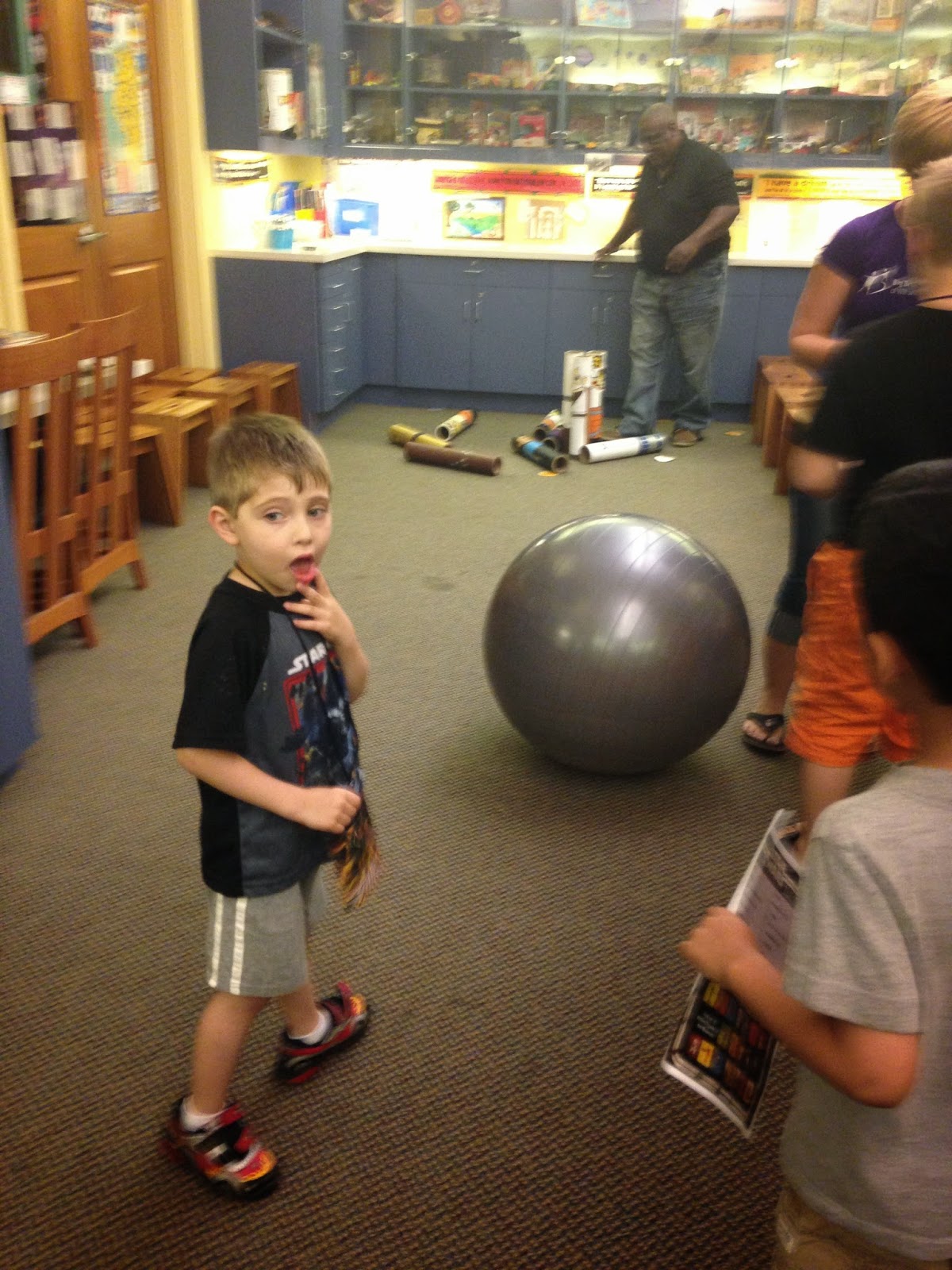 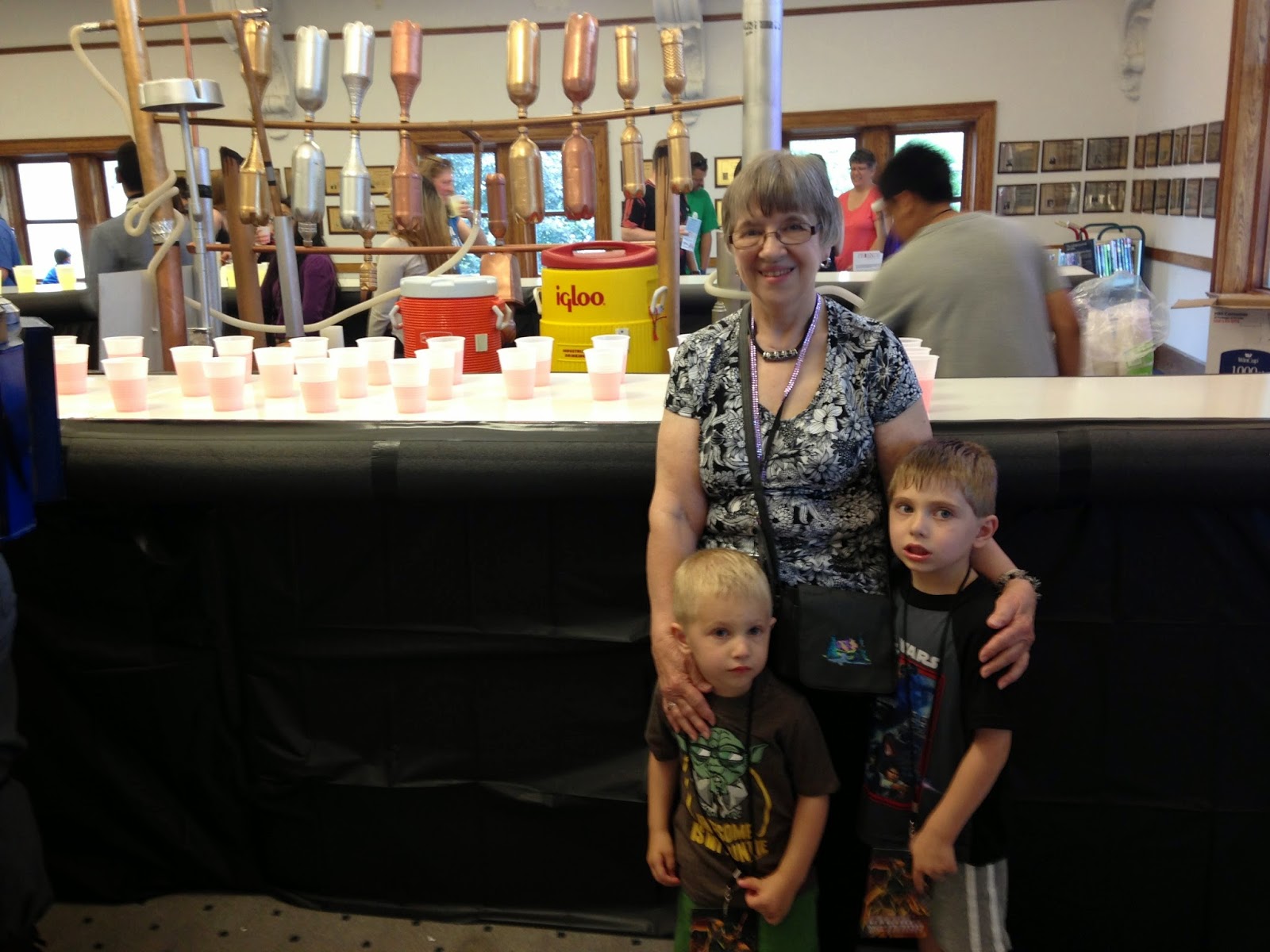 The boys got all dressed up in their Star Wars gear, and they got special passes to wear as necklaces. (Yes, Henry's wearing a Yoda T-shirt. It says, "Awesome is my auntie." It can count for both his Aunt Sarah and his Aunt Mandy. The boys both got to bang this big guy's arm off with a big stick, too. 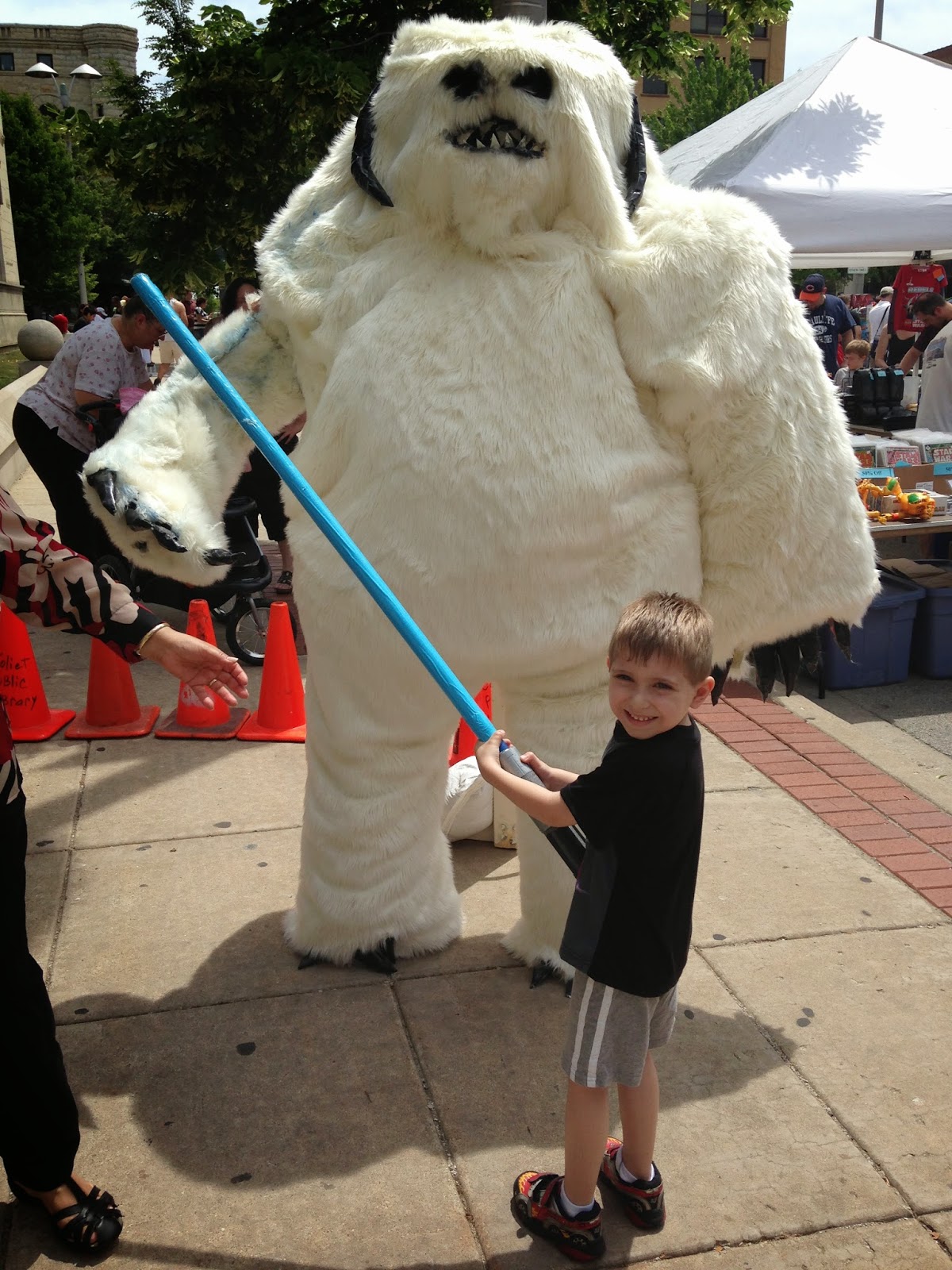 Henry found this nice lady dressed as Yoda, and he ran up and kept hugging her. She was very nice and let Henry feel her ears. 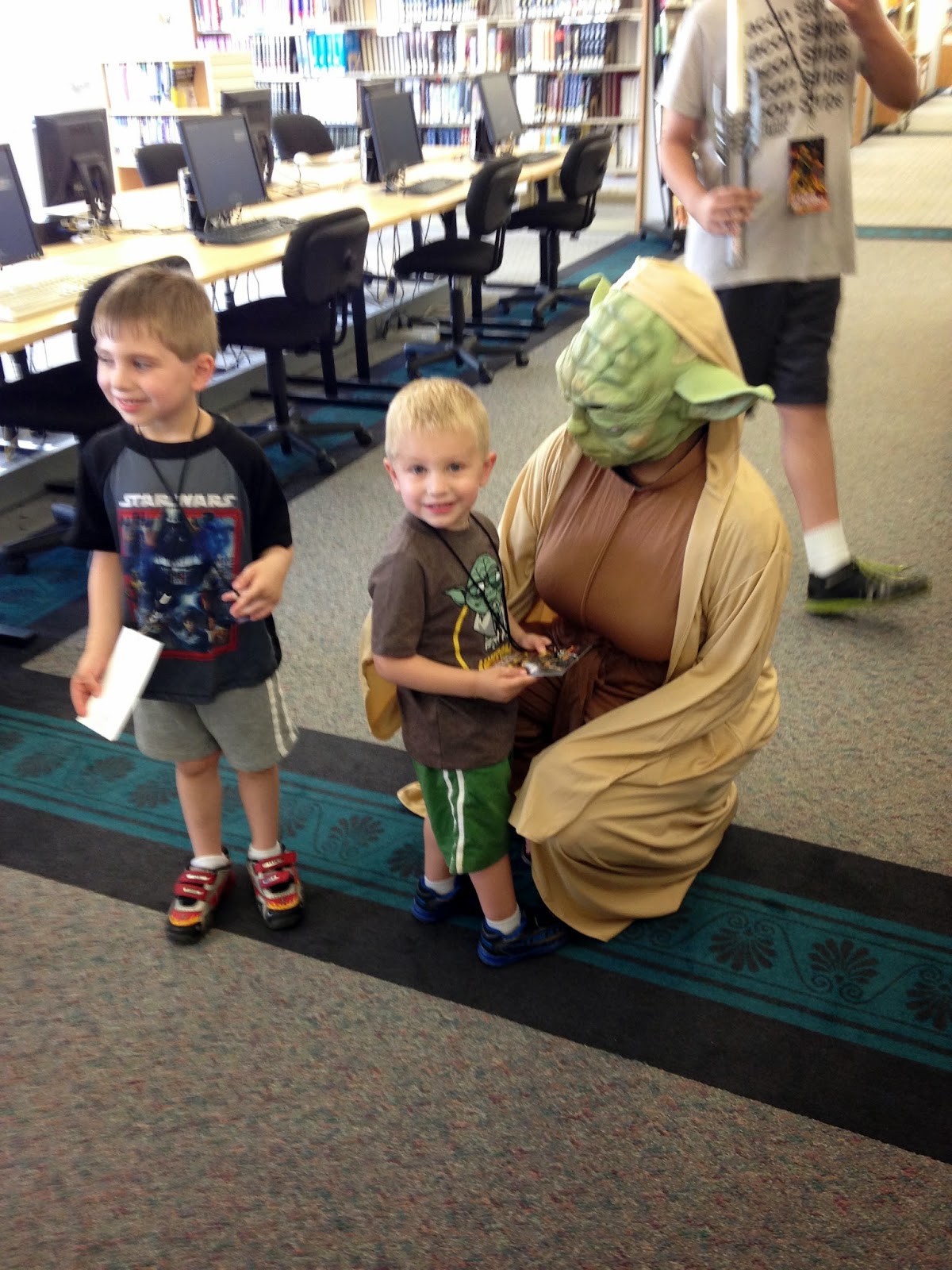 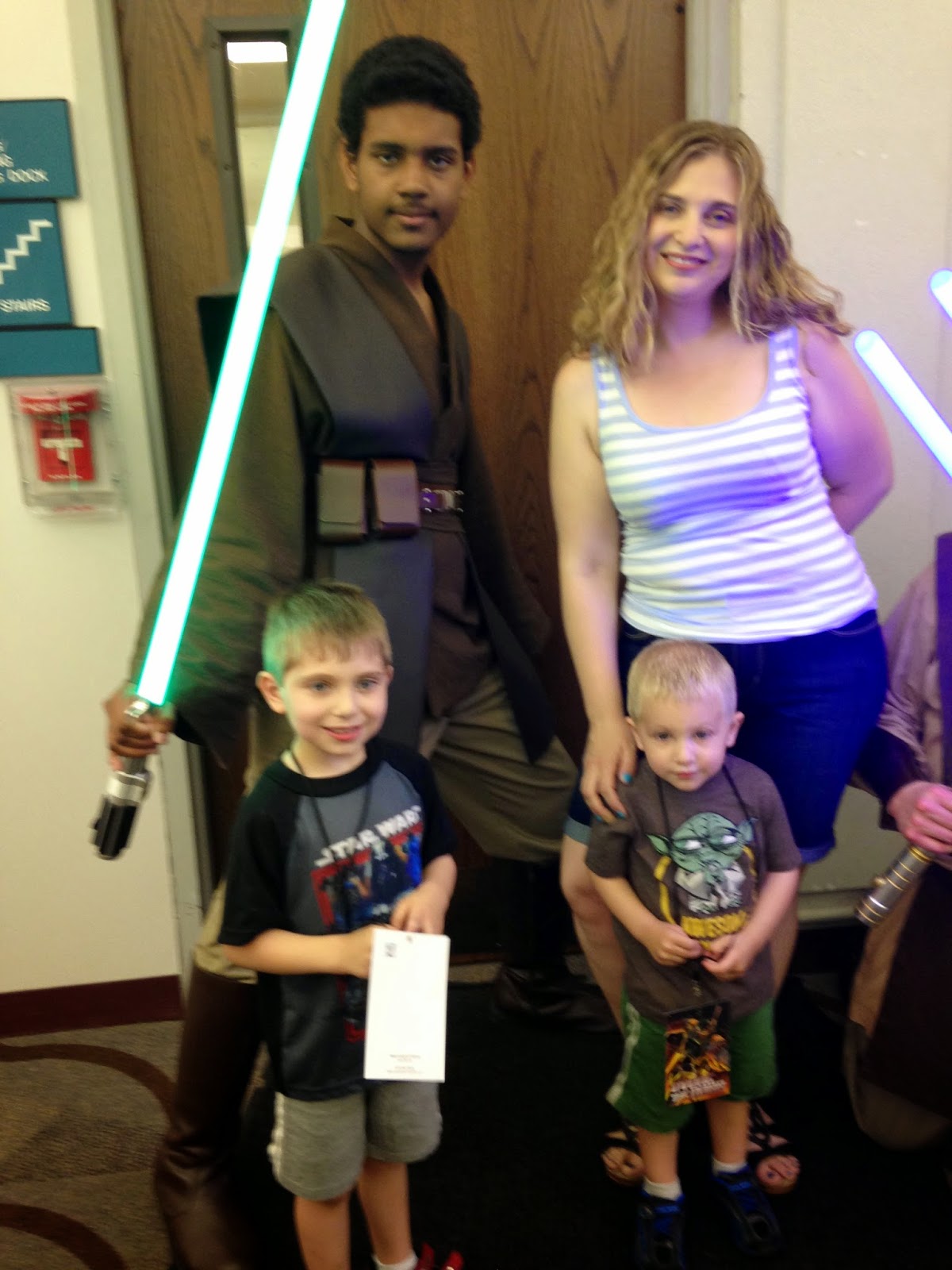 Henry thought this guy was just his size. Nick was a little afraid at first. 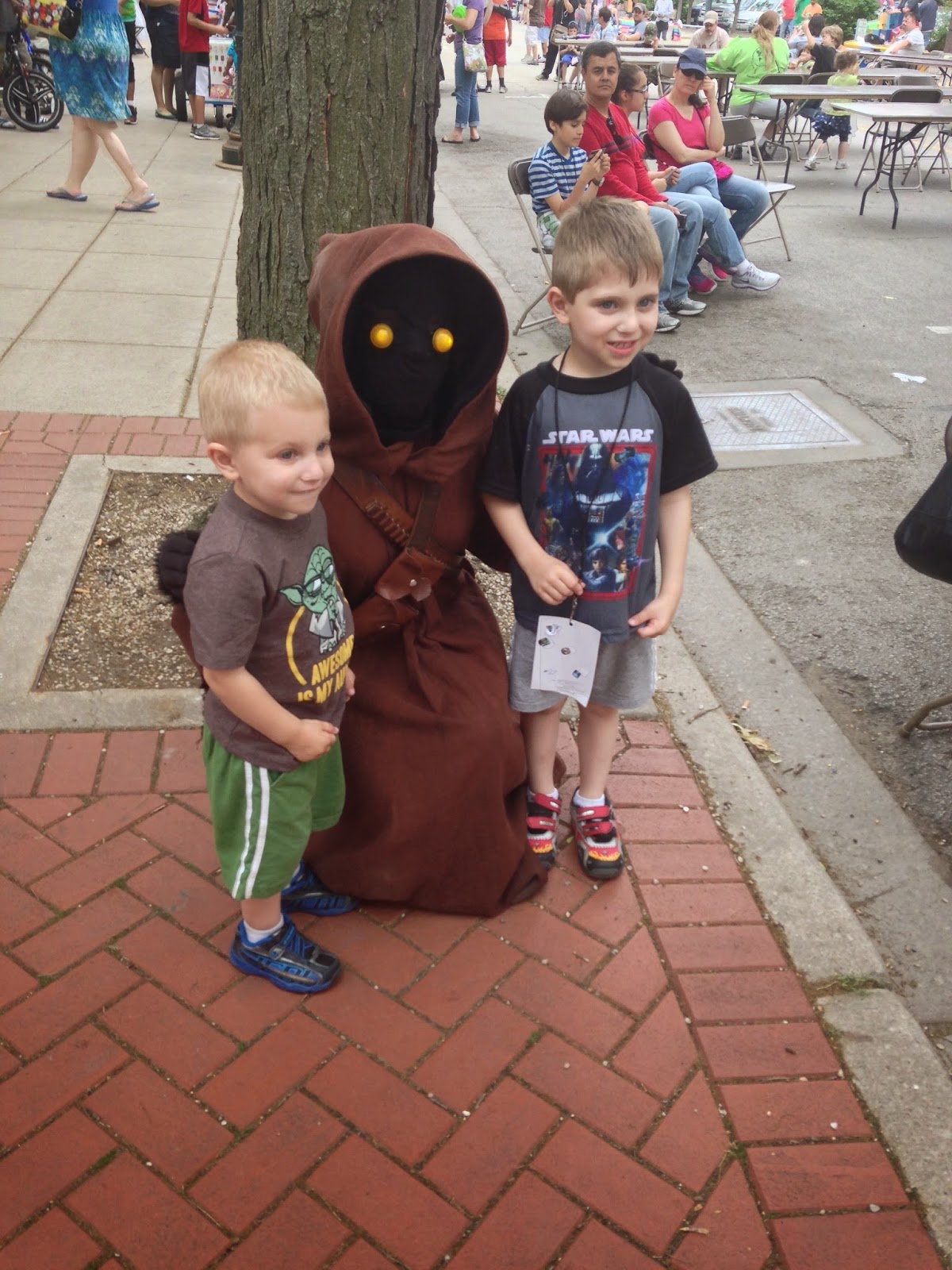 Last Saturday was really fun, and I'm pretty sure we'll be going again next year.
Posted by Melissa E. at 5:23 PM