A Rocket, A Horse-Drawn Wagon, and A Duck Race: Old Canal Days in Lockport

Last Saturday my friend Lynn and I took the boys to Old Canal Days in Lockport. Saturdays are the day that I always try to take the boys out to do something fun, and what's more fun than a festival? 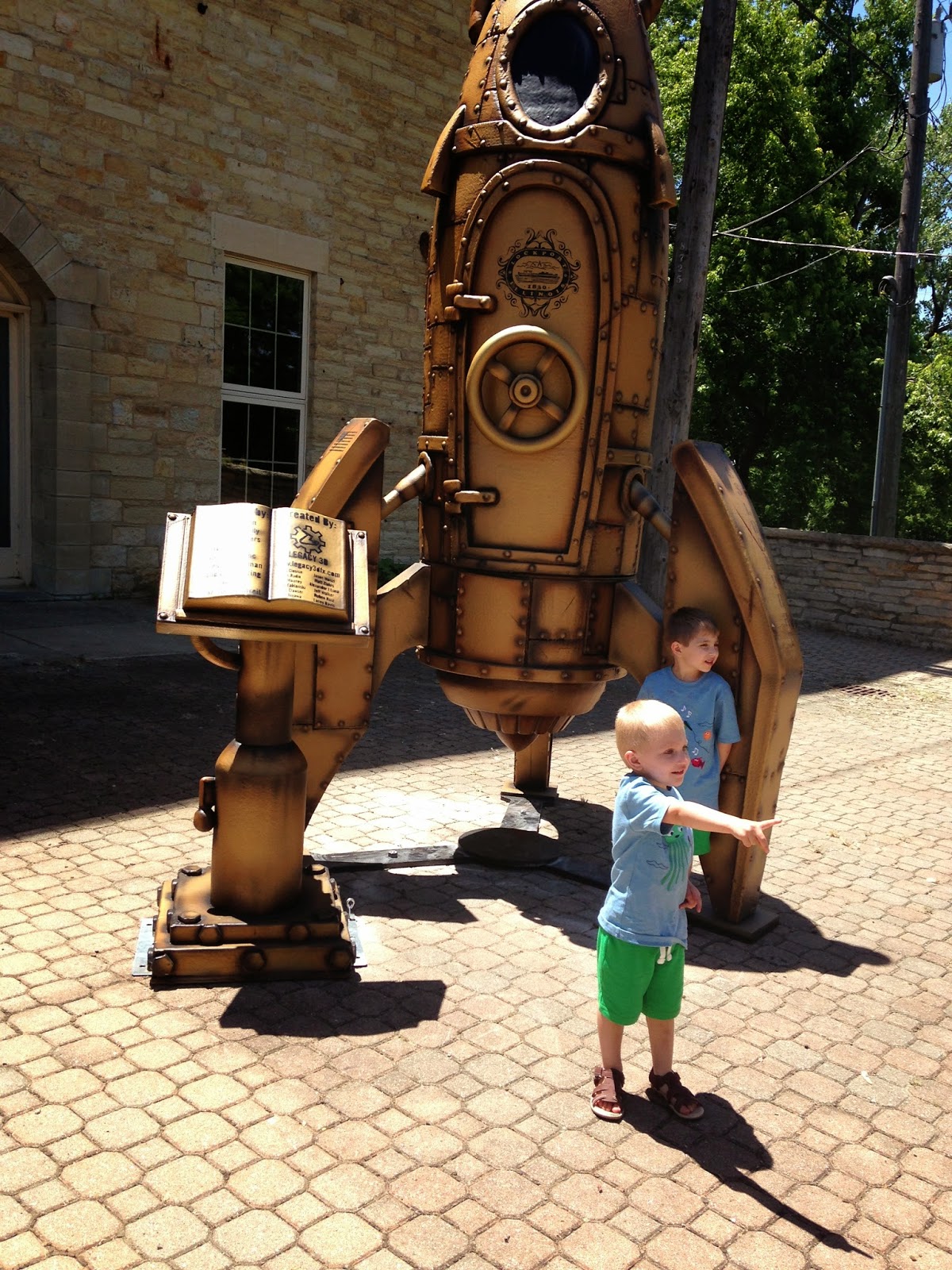 We saw this rocket, which the boys thought was cool until they realized they couldn't climb it or ride on it. I believe it was an artist's display, just like this set of gears along the I & M Canal. 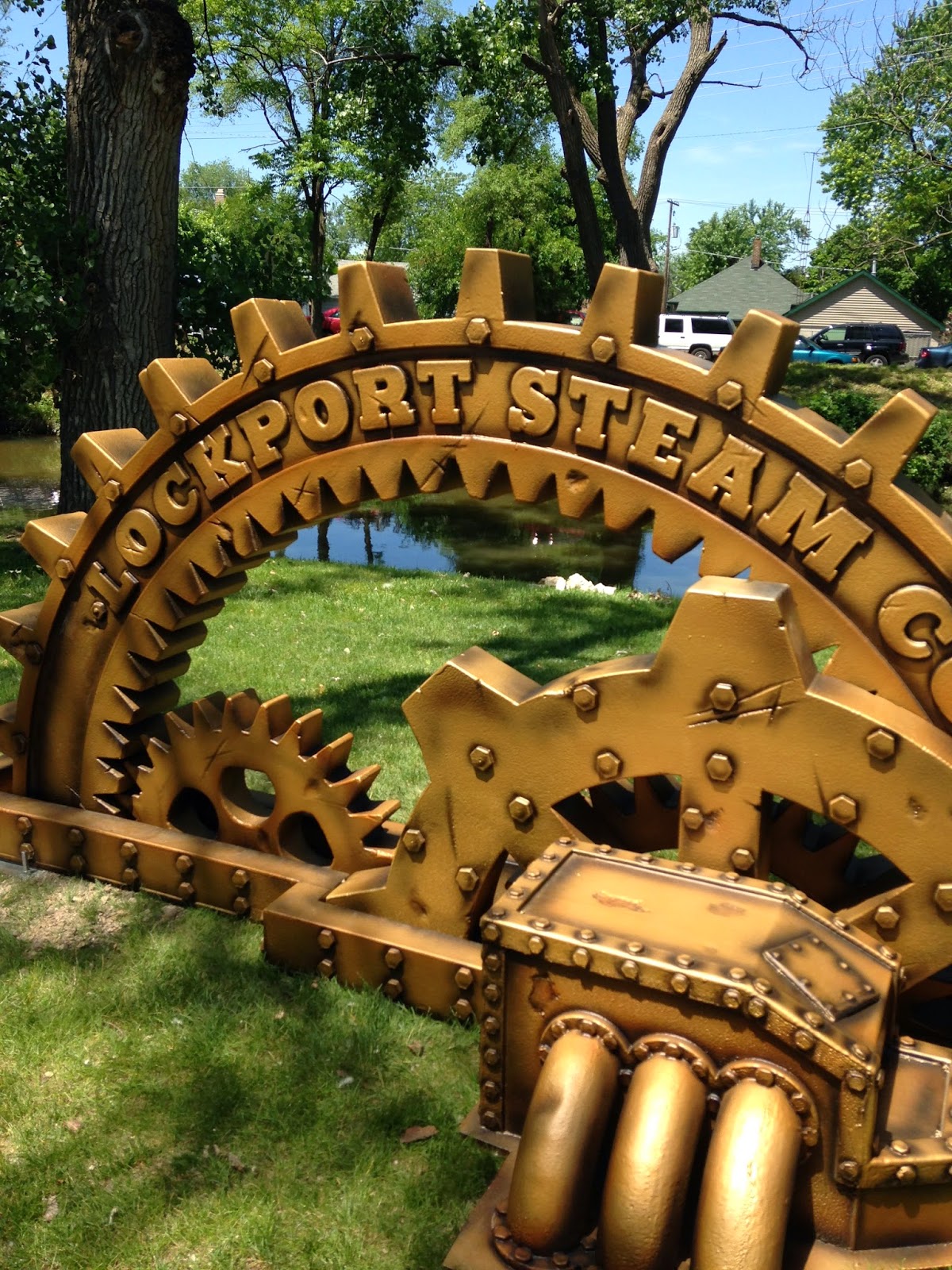 We took a horse-drawn wagon ride along the tow path of the I & M Canal, and learned a little about the history of the area. There was a Steam punk theme to the festival, so the costumes were really interesting. 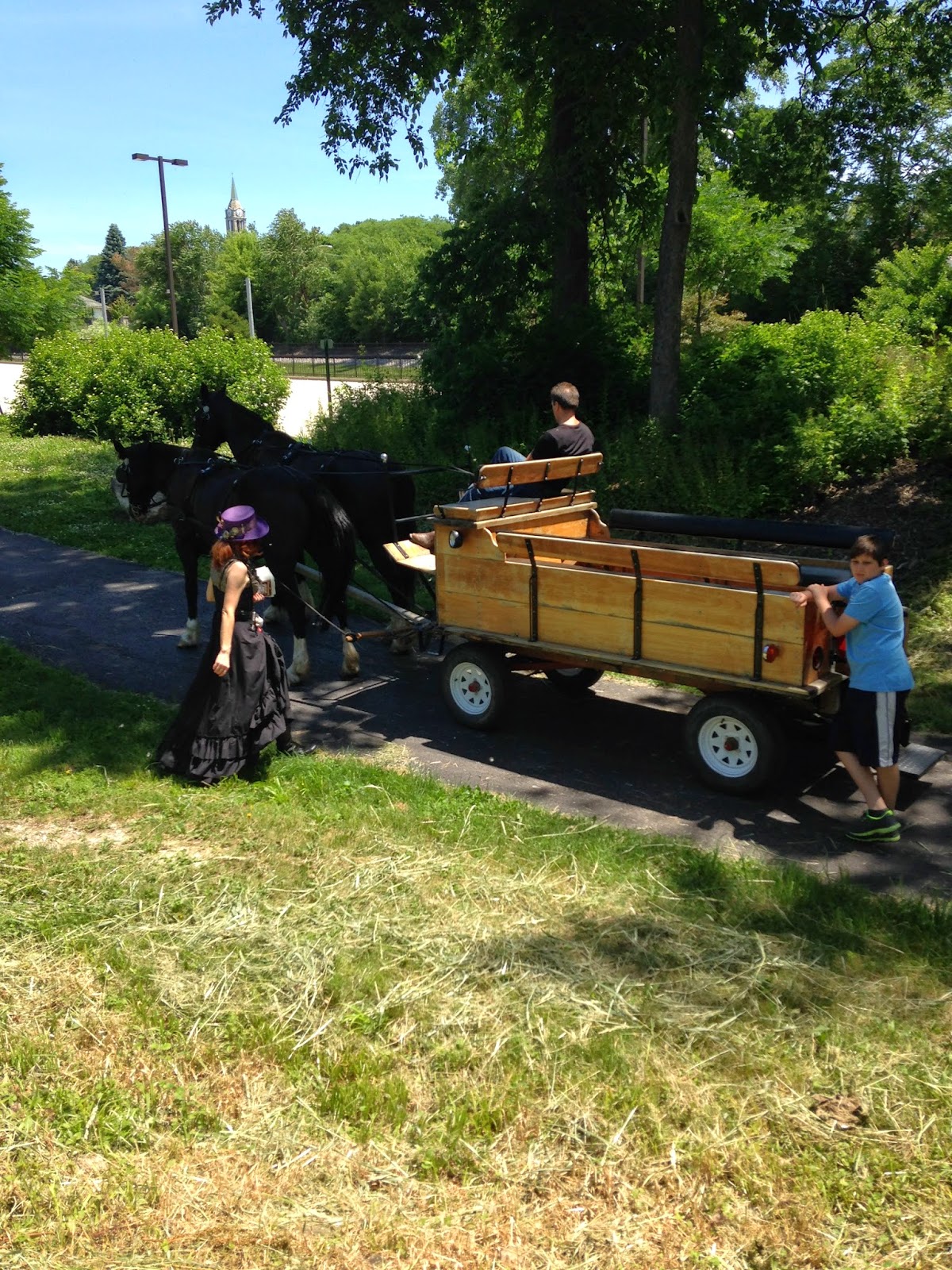 The weather was gorgeous, and the clop-clop of the horses' hooves was neat. Can you see Nick trying to sneak a peek at the horses? 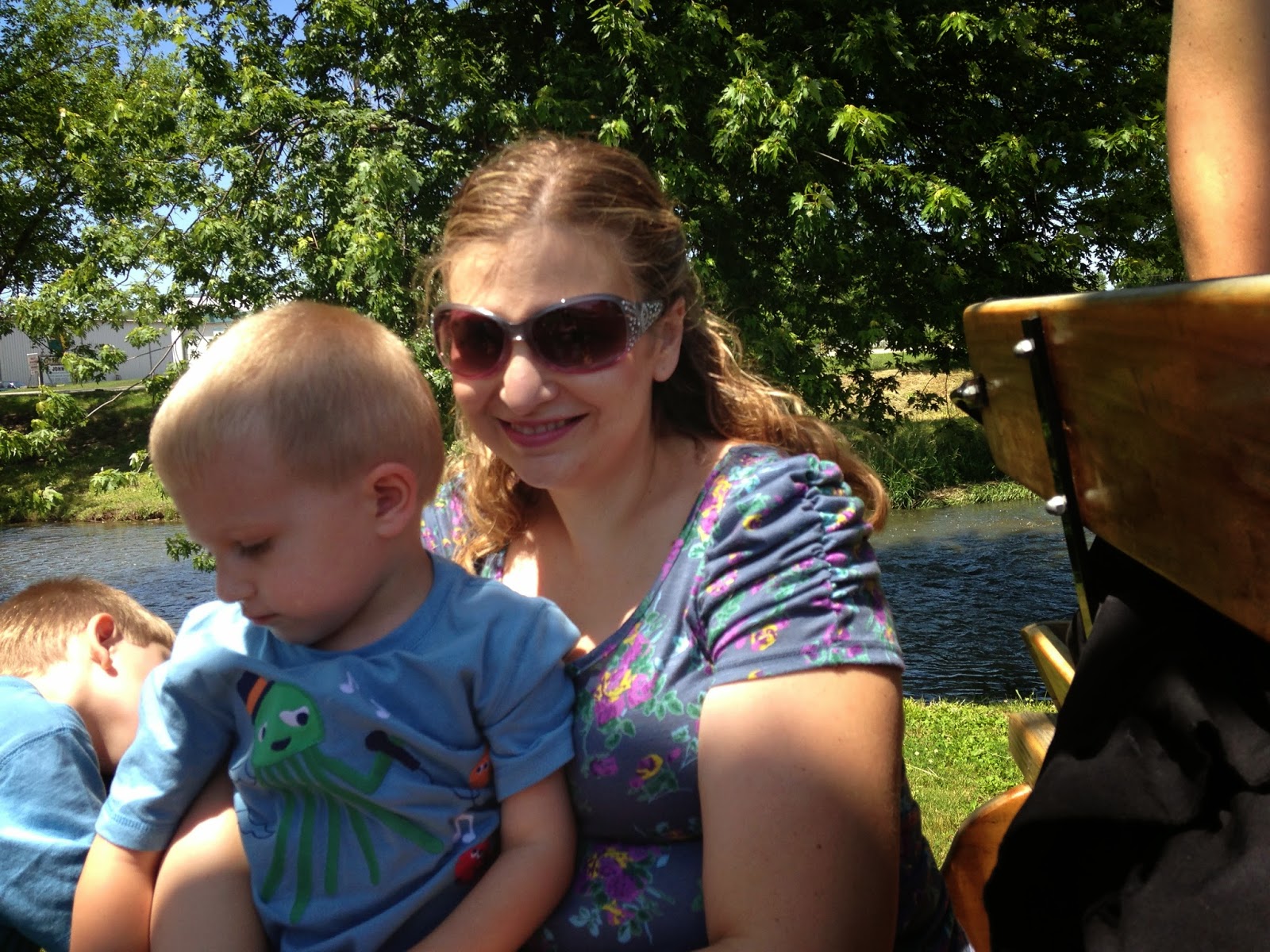 It was fascinating to think about mule boys helping to pull boats down this canal so long ago. I think the boys were trying to see if they saw any fish, though, rather than contemplating the historical significance of the area. 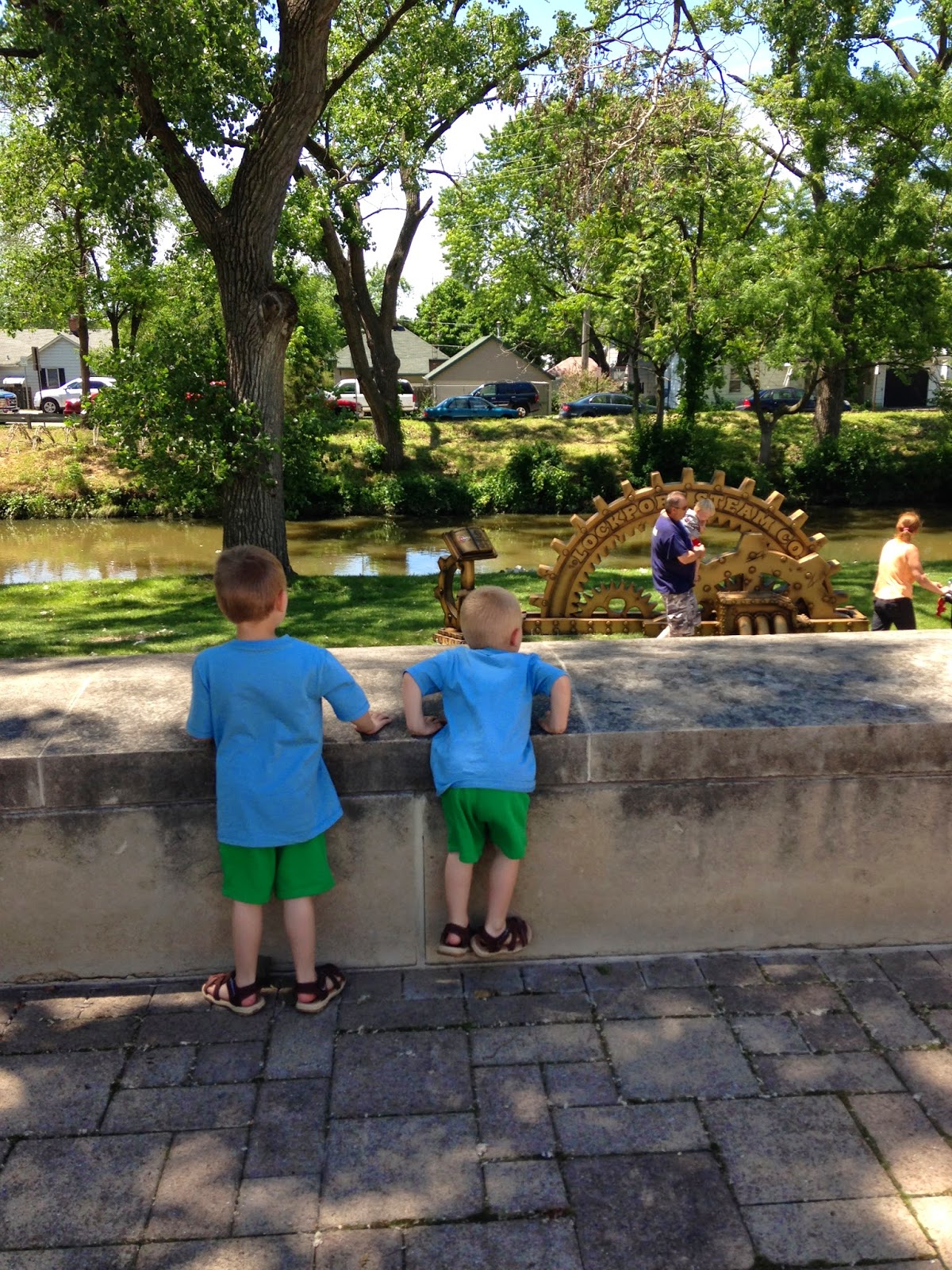 We were able to check out the transportation exhibition, and we saw model railroads and ships as well as real, life-sized cars from long, long ago. Henry was a little ticked off that he couldn't stand on the ships. 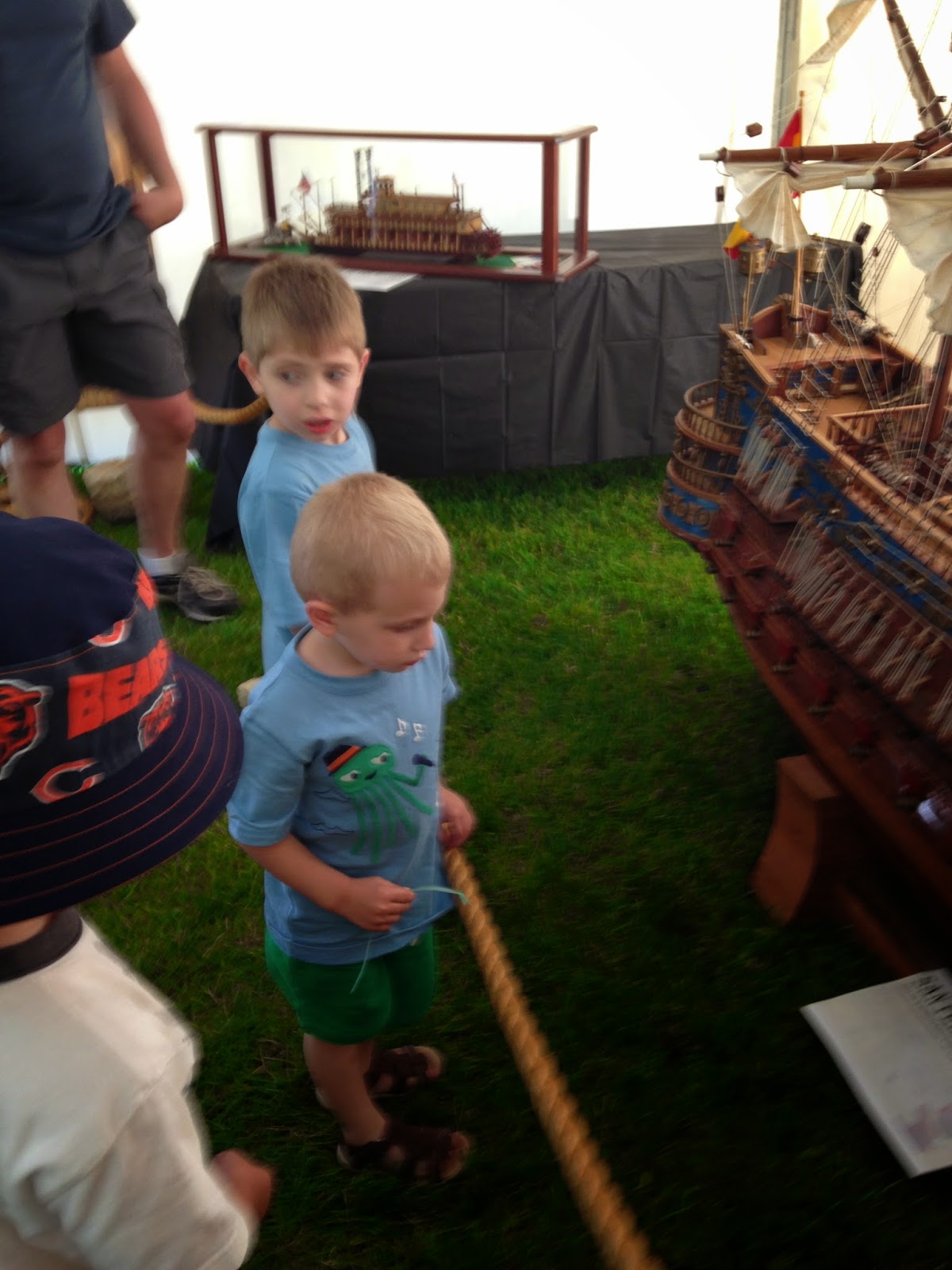 We also experienced our first "Duck Race" last Saturday at the Old Canal Days. Basically, you bet on a rubber duck (we bet on two) and then they dump them all in the canal and see which one wins. 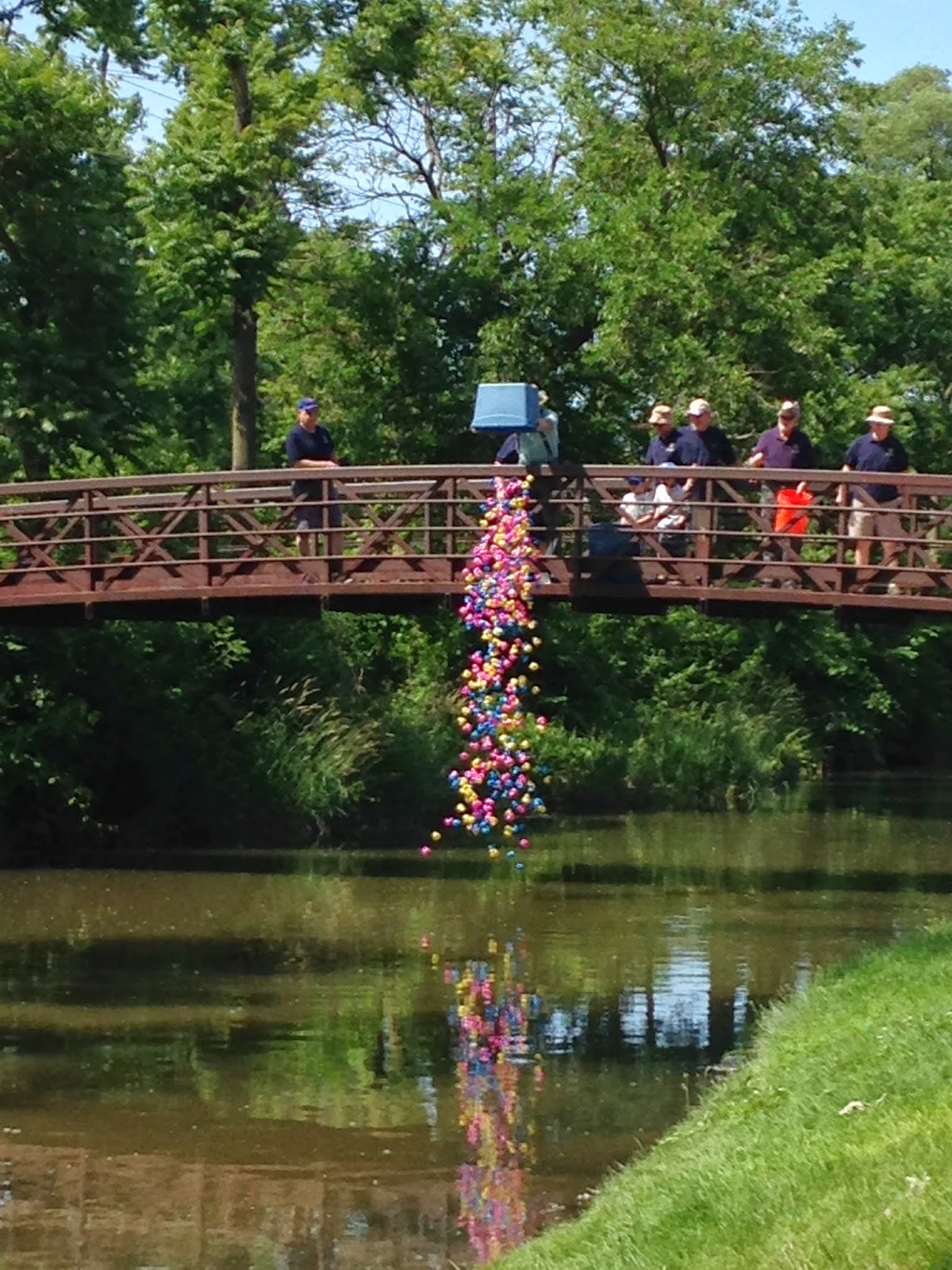 Henry had a blue duck swimming in the race, and Nick had a yellow duck.

Henry was devastated when no blue ducks won at all. This was his sad face. 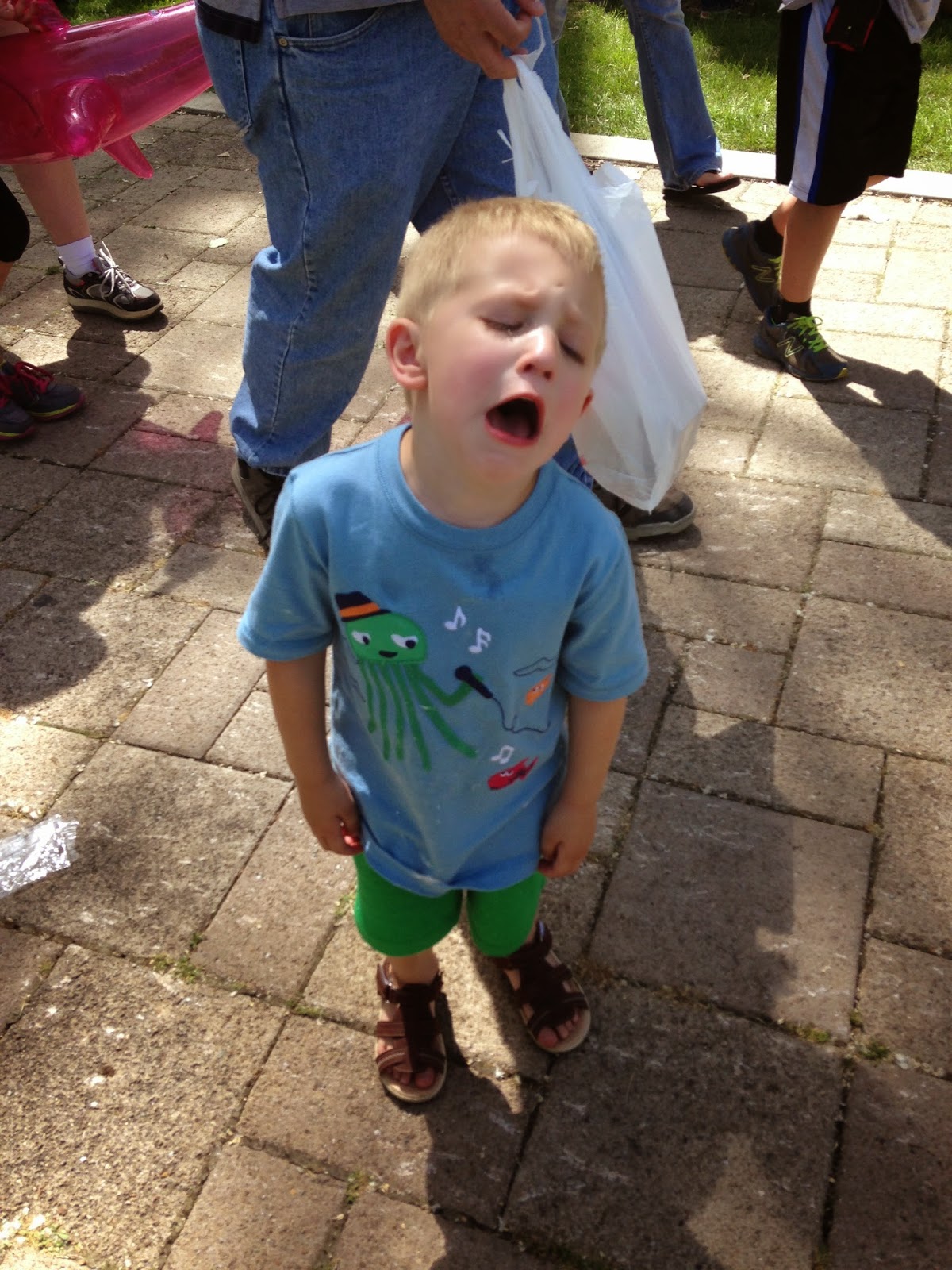 Later that day, I made sure to buy the boys some rubber duckies so that they could have their own duck races in the water table. Those were less disappointing. Anyhow, we had a great time and the boys had a nice, long nap when we got home. 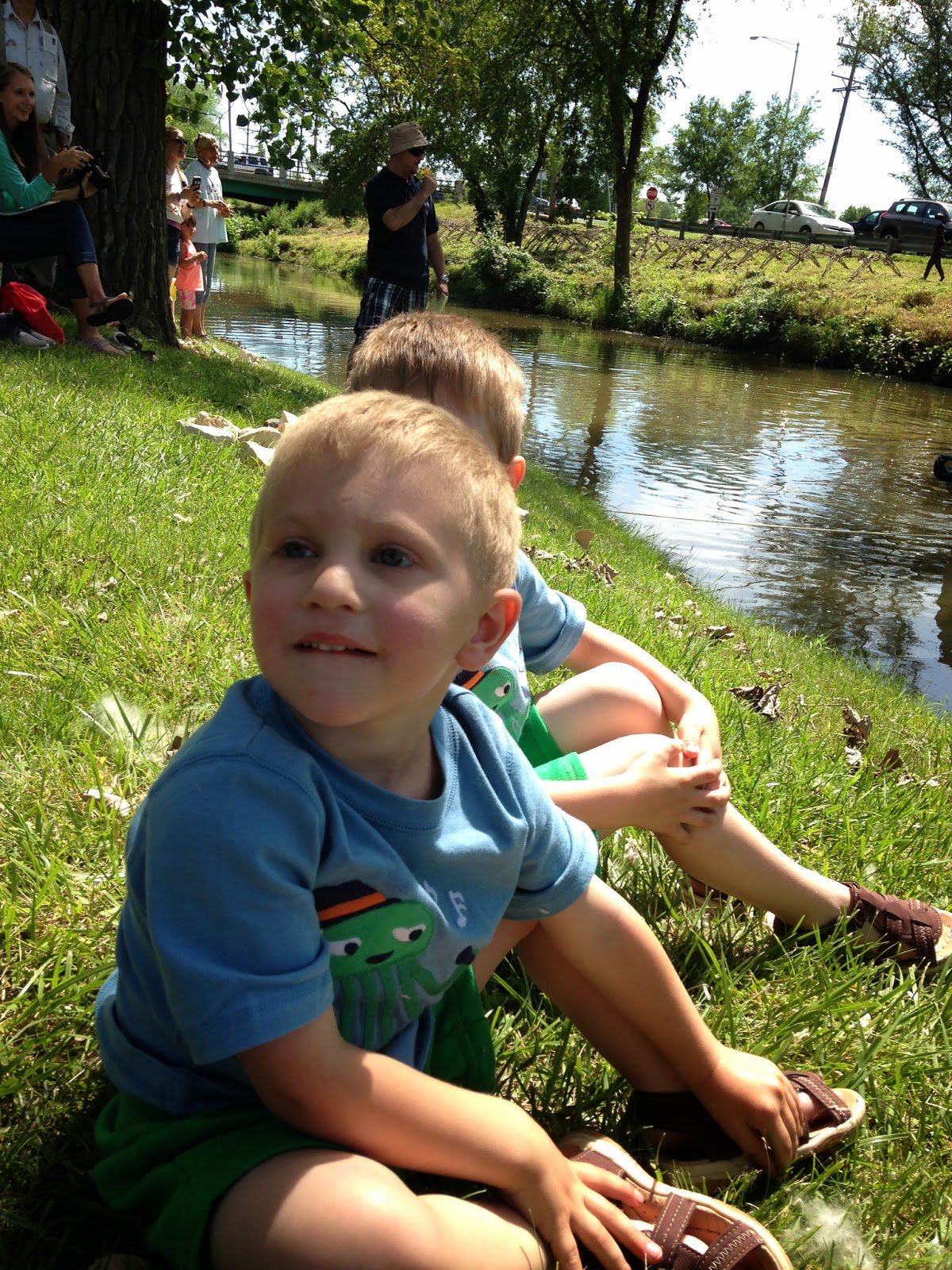