Last week, we were extremely excited to be able to go and meet Sophie, Aunt Sarah and Uncle Jay's new daughter. She was born on Henry's birthday, so she'll always be exactly three years younger than him. Since her birth, the boys asked every single day, "Do we get to meet the baby yet?" Then, in the van on the way there, they asked, "Are we there yet?" Finally, we arrived, and Sophie was just as cute as the pictures we'd seen! 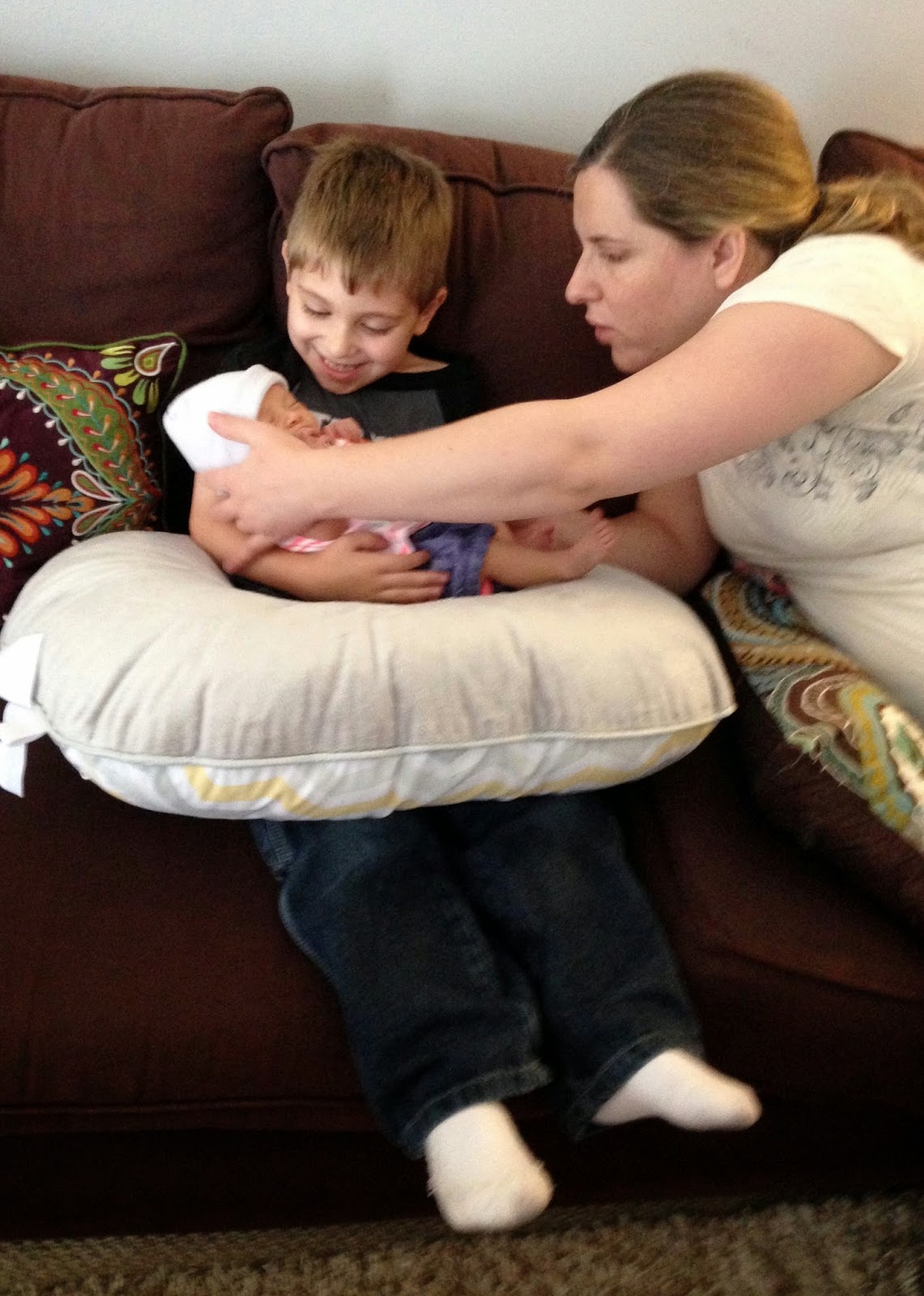 Nick got to be the first to hold his cousin, and he did a pretty good job. In fact, he didn't want to let her go--I think he probably would've sat there all night snuggling her if everyone hadn't wanted a turn. 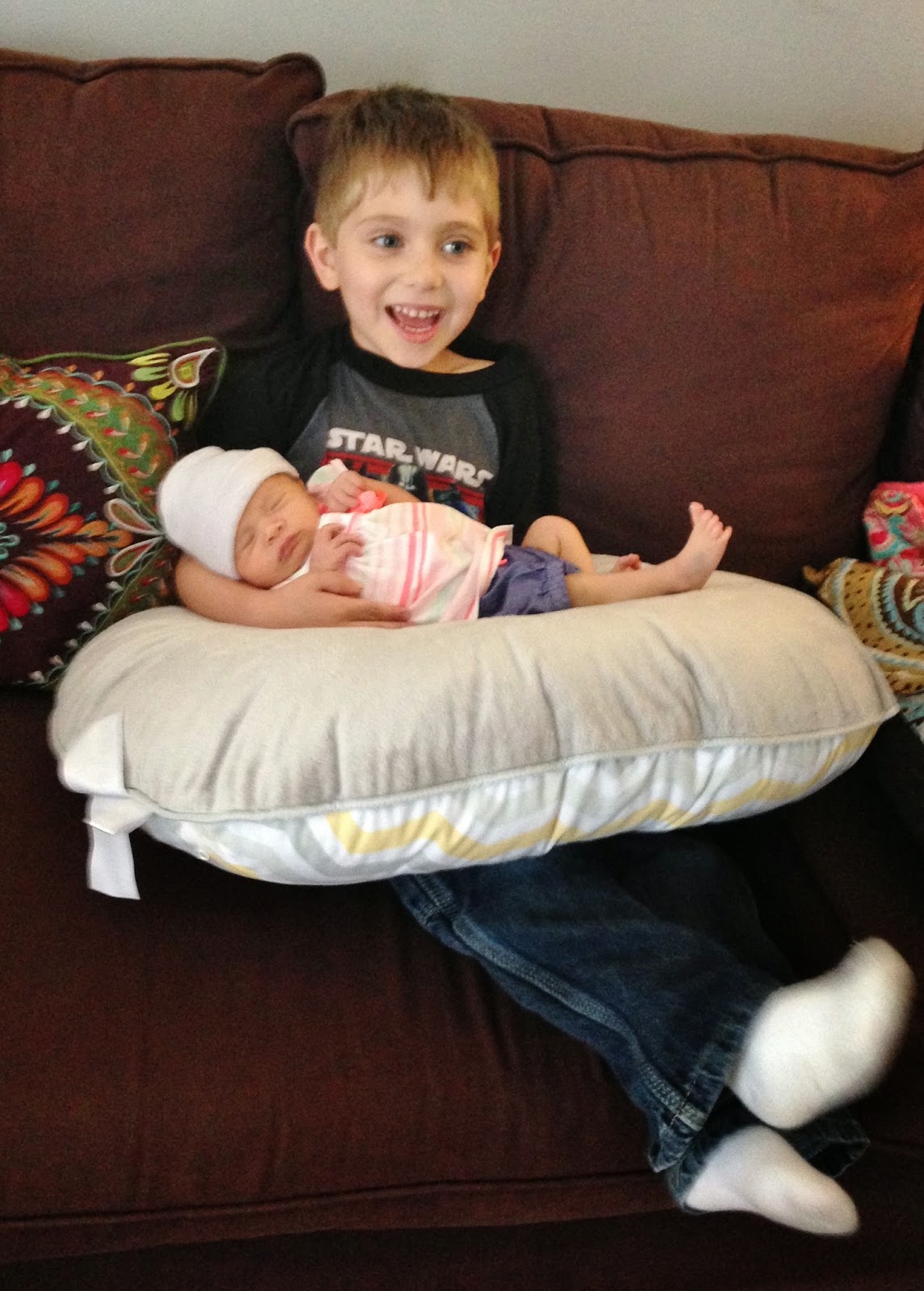 Nick isn't usually a gentle kid, but he was very gentle while holding Sophie. He couldn't believe how tiny her hands and feet are, and he was perfectly content with his arm around his cousin. 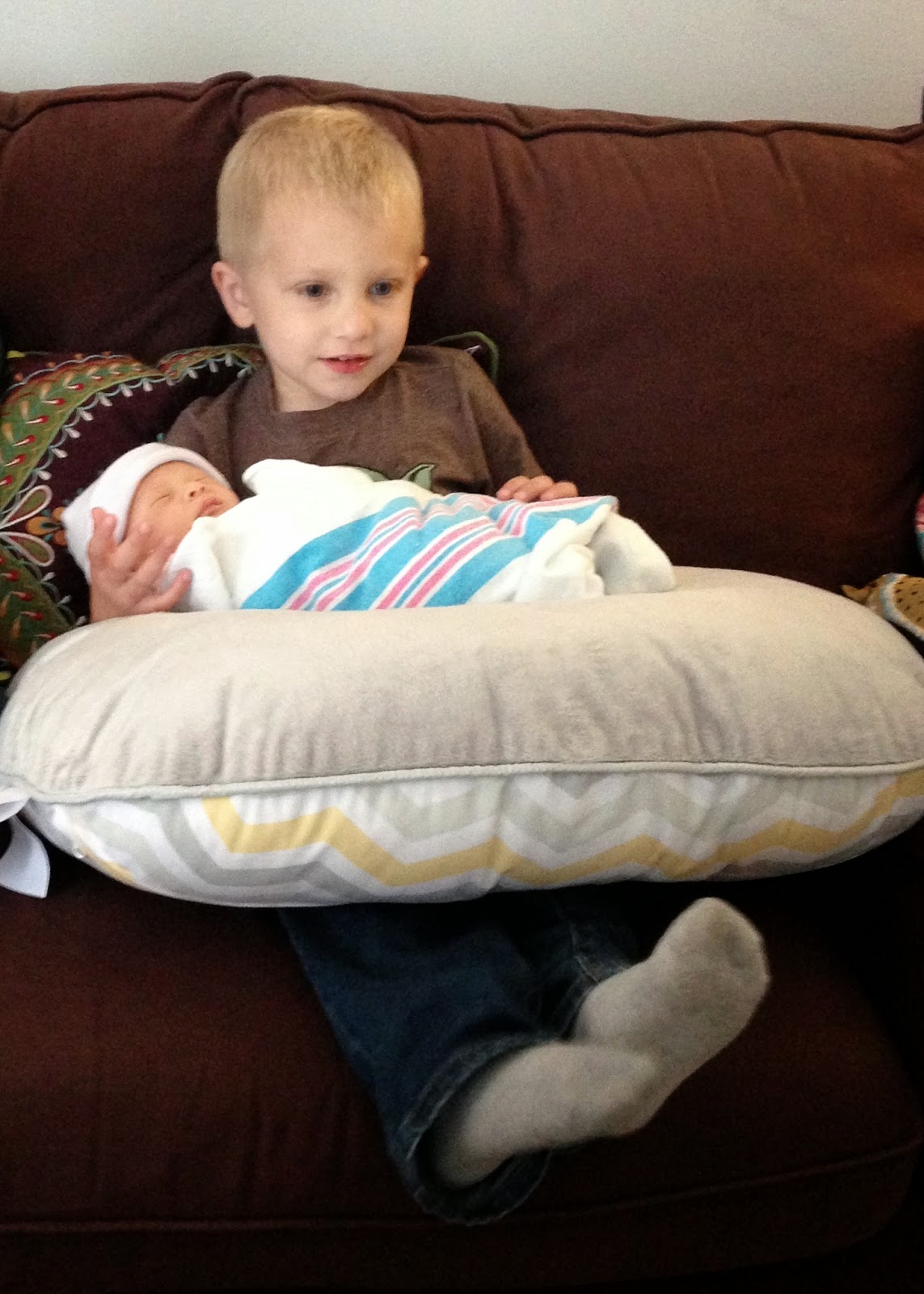 Henry was excited, too, but a little unsure when he was holding little Sophie. He liked touching her little feet. He also loved playing with her toys! 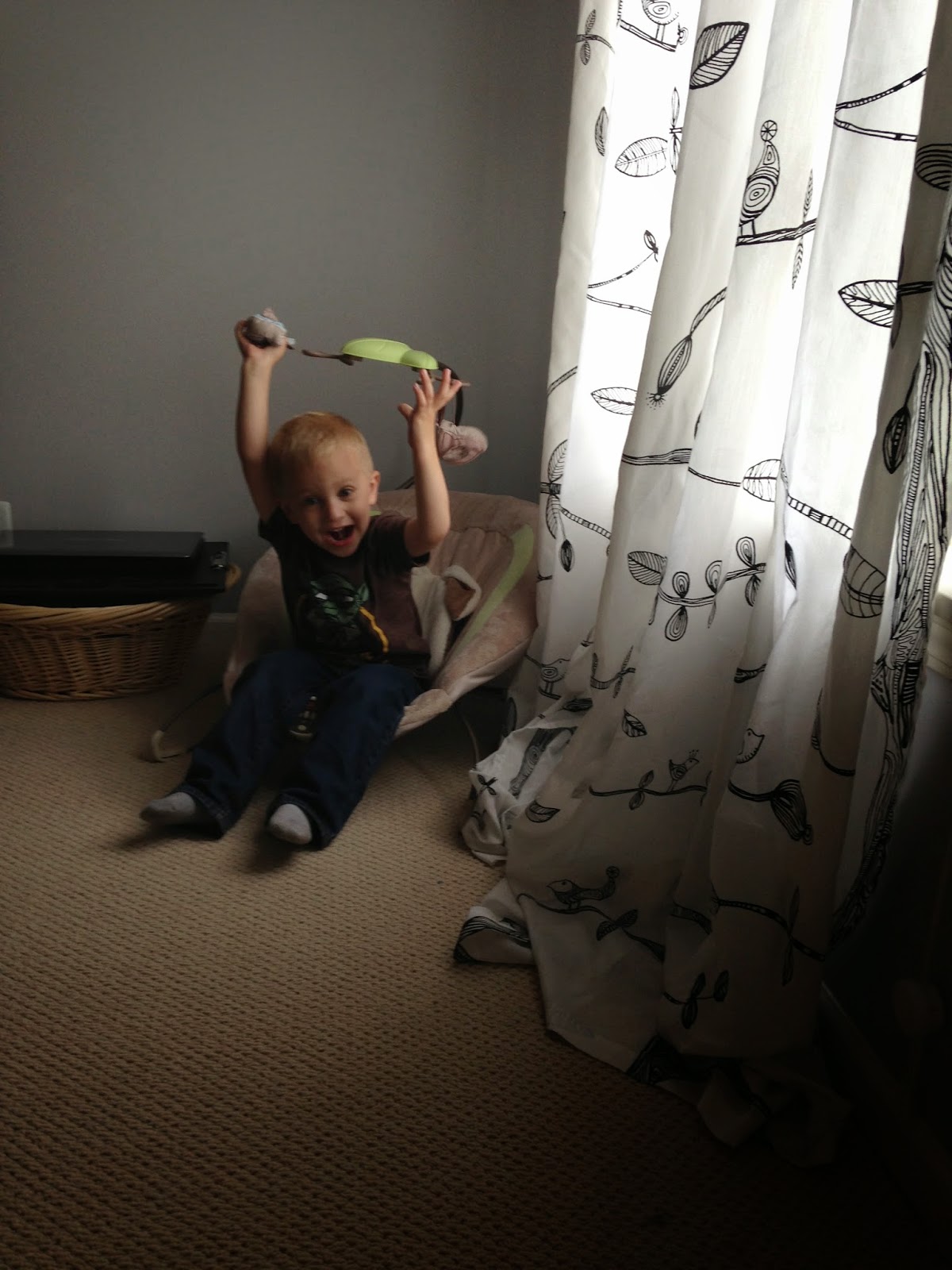 We had BBQ takeout for dinner, but Sophie didn't get to have any. She didn't seem too disappointed, though. I think she has a lot of hair for a newborn. 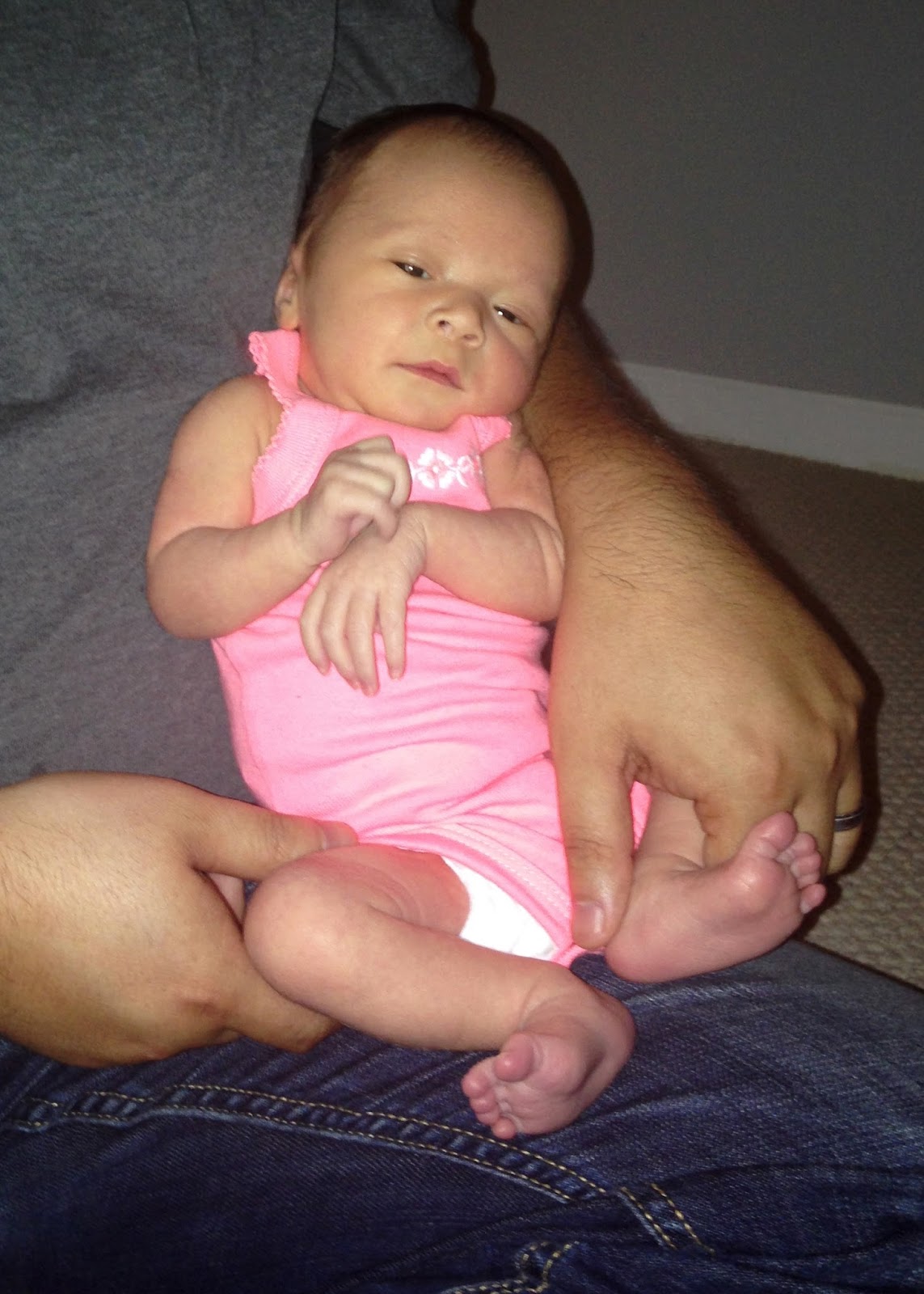 To me, Sophie seems like a quiet baby--even when she cries it seems quieter than either of my boys were at that age. Although I have to say, maybe a lack of sleep had made their cries seem sharper at the time. Newborns are adorable and oh-so-snuggly, but when they belong to you, they take away all of your sleep for so long everything gets a little warped. At least in my experience. 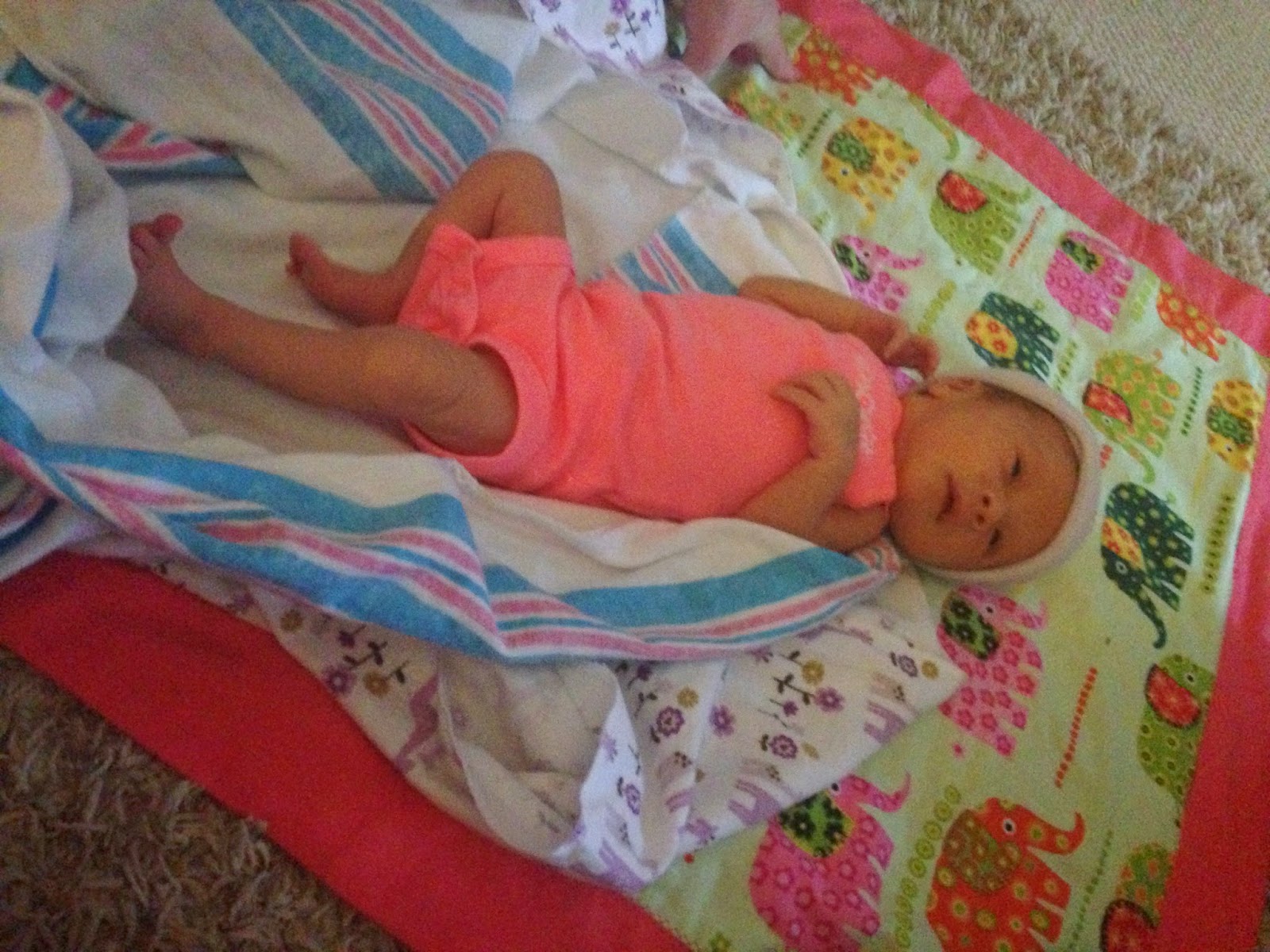 Sophie likes to be swaddled, just like Nick and Henry did at that age. Here's Greg holding his little niece while Nick tried to find hidden toys in the background. 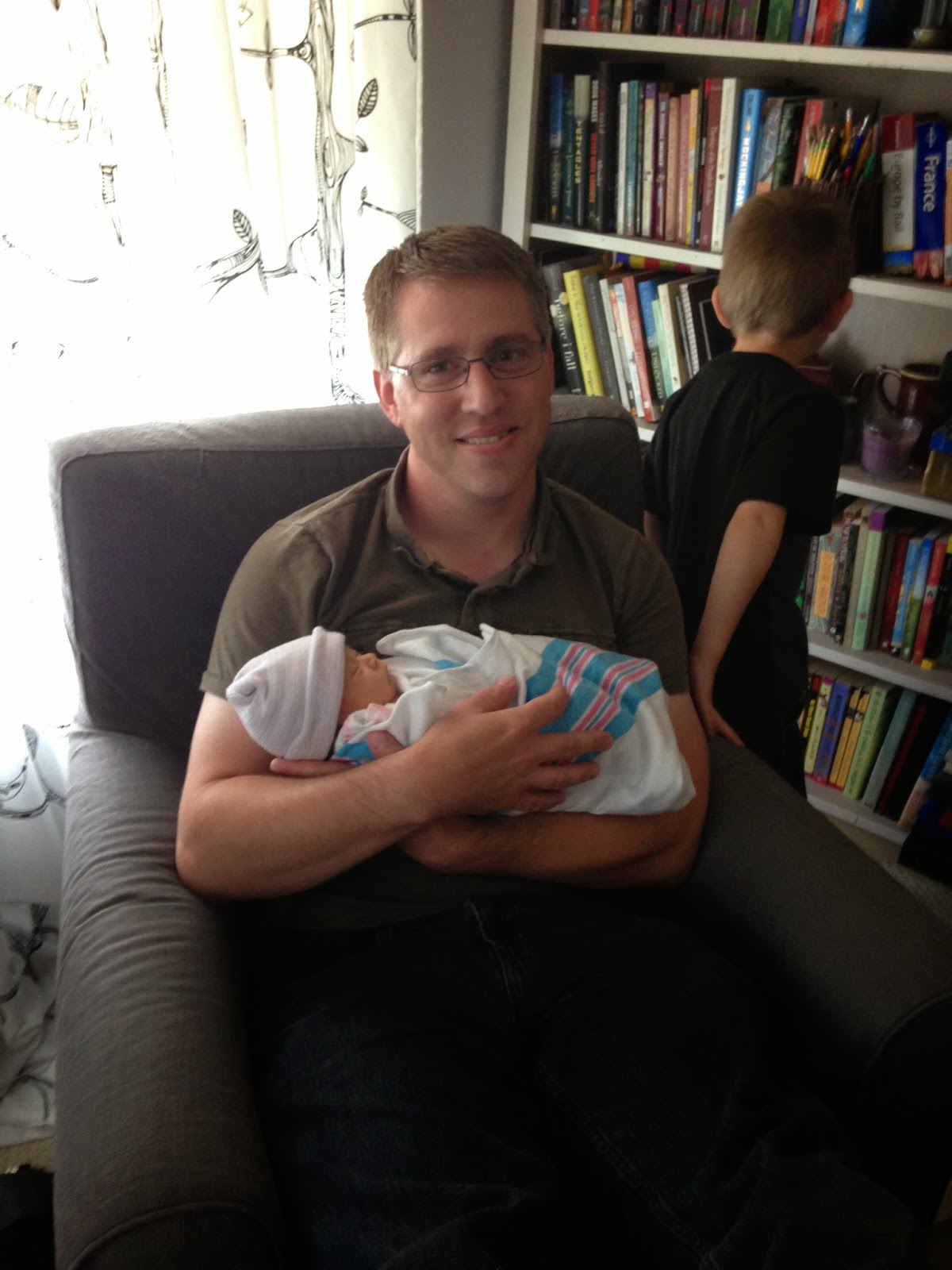 For a newborn, little Sophie had her eyes open a lot. She was checking everyone out, and probably liked the noise and movement. Later on, Henry wanted to know "when Sophie play with me?" We told him it'd be a little while. Soon, though, Sophie will want to play with and copy Henry and Nick, and probably get into trouble with them as well. 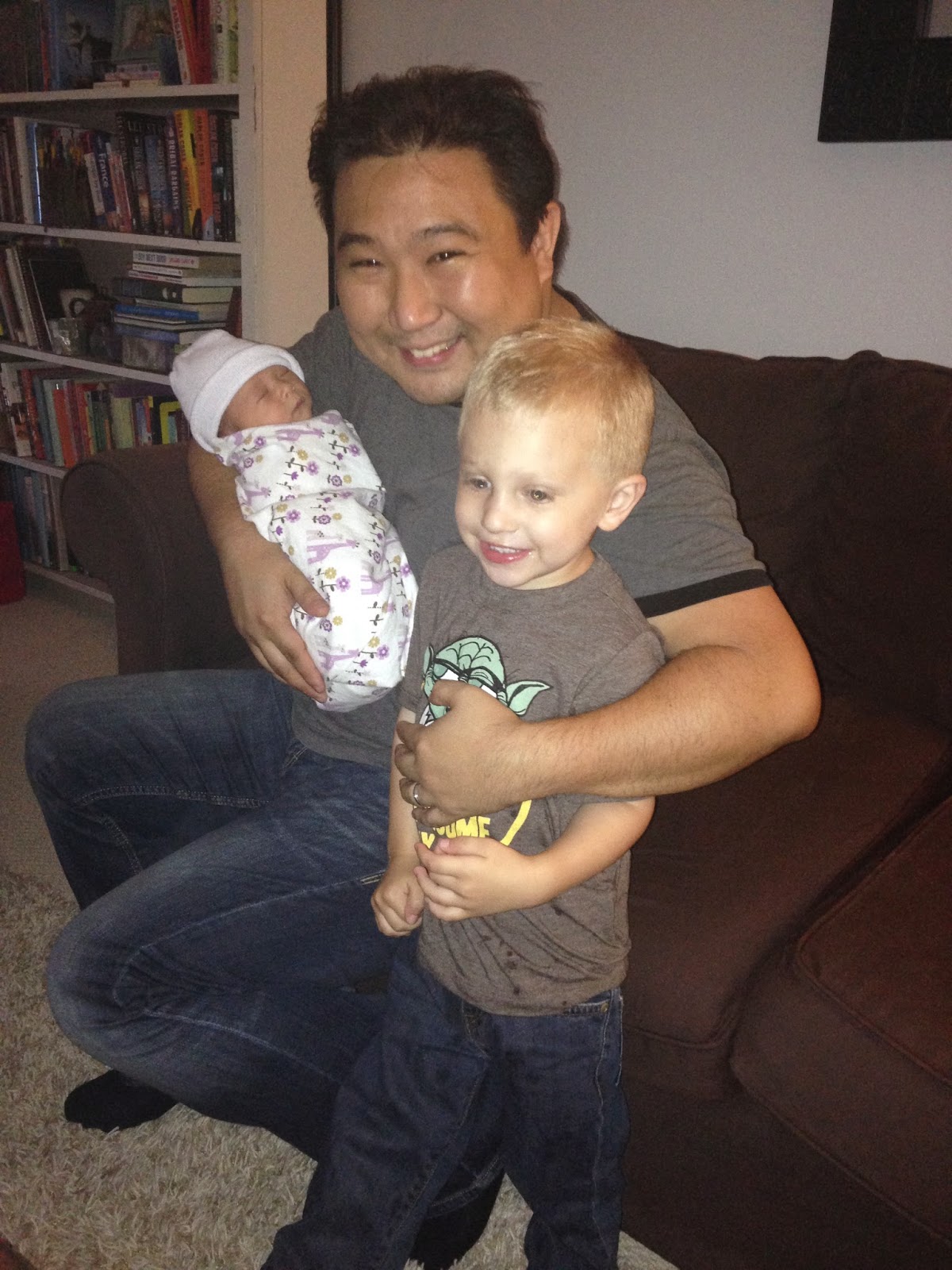