Last Saturday, Grandma Toni and I took the boys to the Go Fly a Kite Festival in Wheaton. We went two years ago, when Henry was still a baby, but we couldn't go last year because the park was flooded. When I heard that the festival was on for this year, there was no question. We were going. 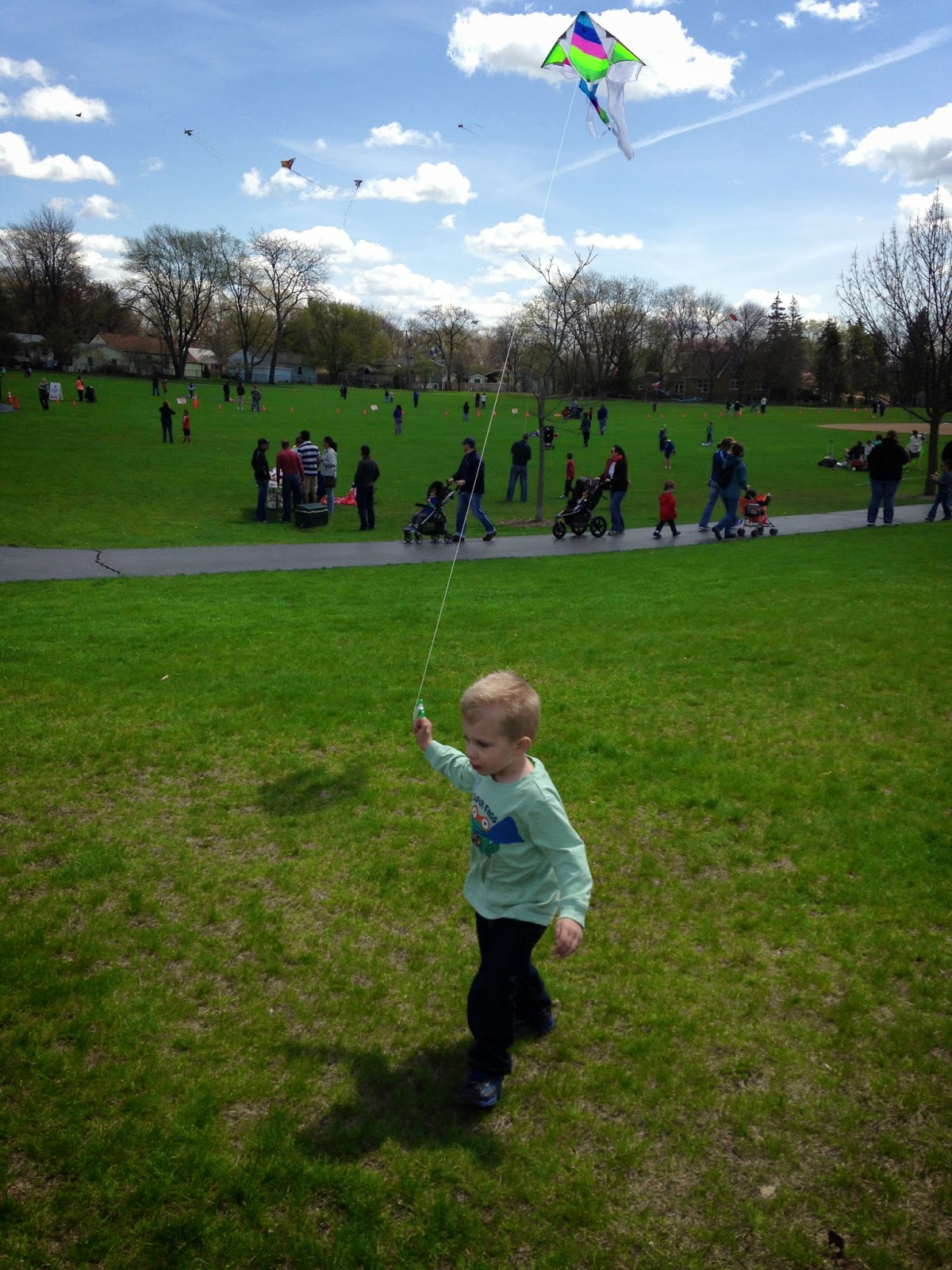 I was thinking that Henry might be too young to really fly a kite, but I bought him one anyway. Boy, am I glad I did! He was a natural, and flew his kite all over the park. It was pretty cool to see such a little guy flying a kite. 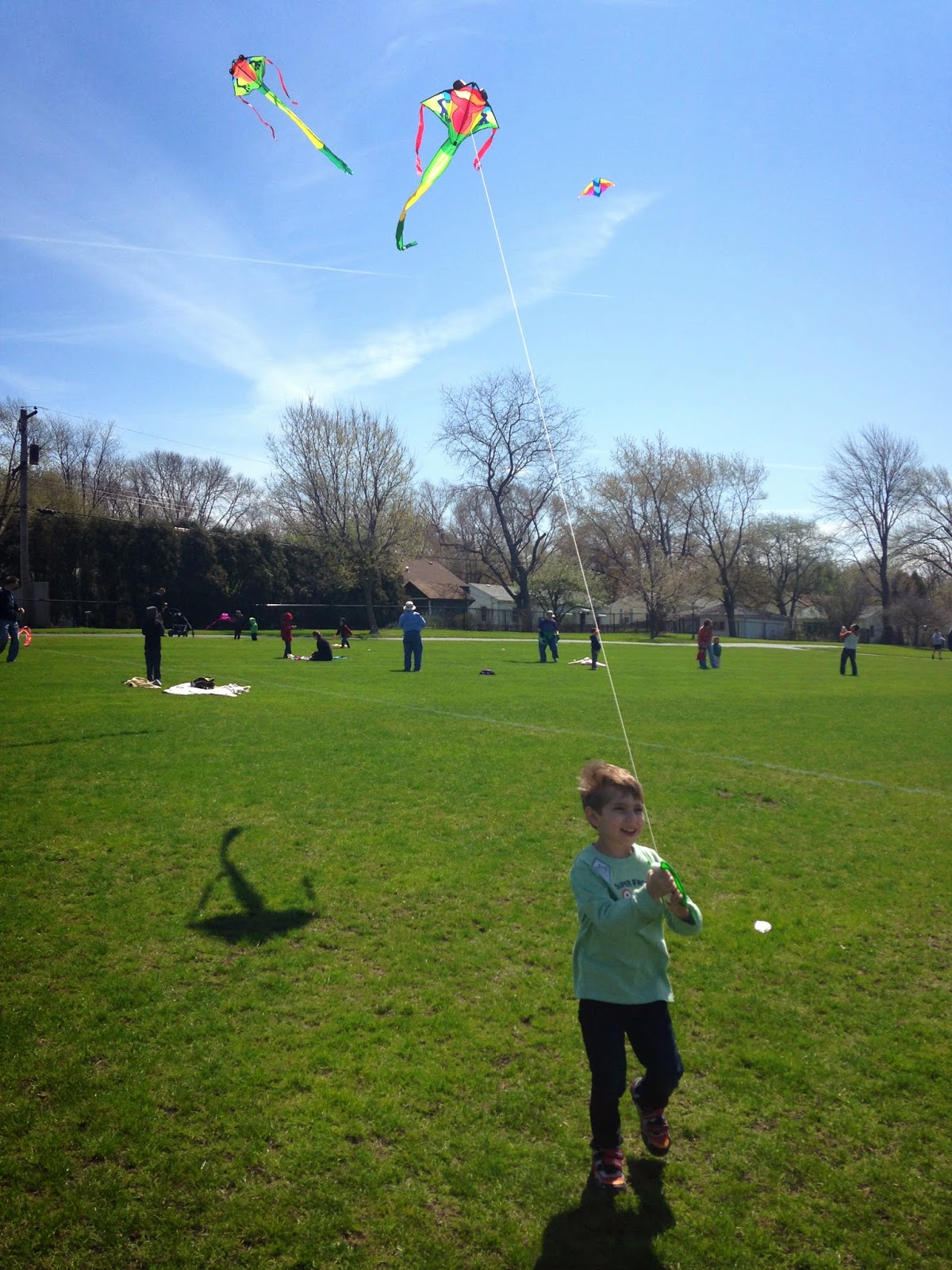 Nick caught on pretty quickly, too, and his only problem was getting his string tangled with other kite-fliers. I wouldn't have thought flying kites would interest them for so long. 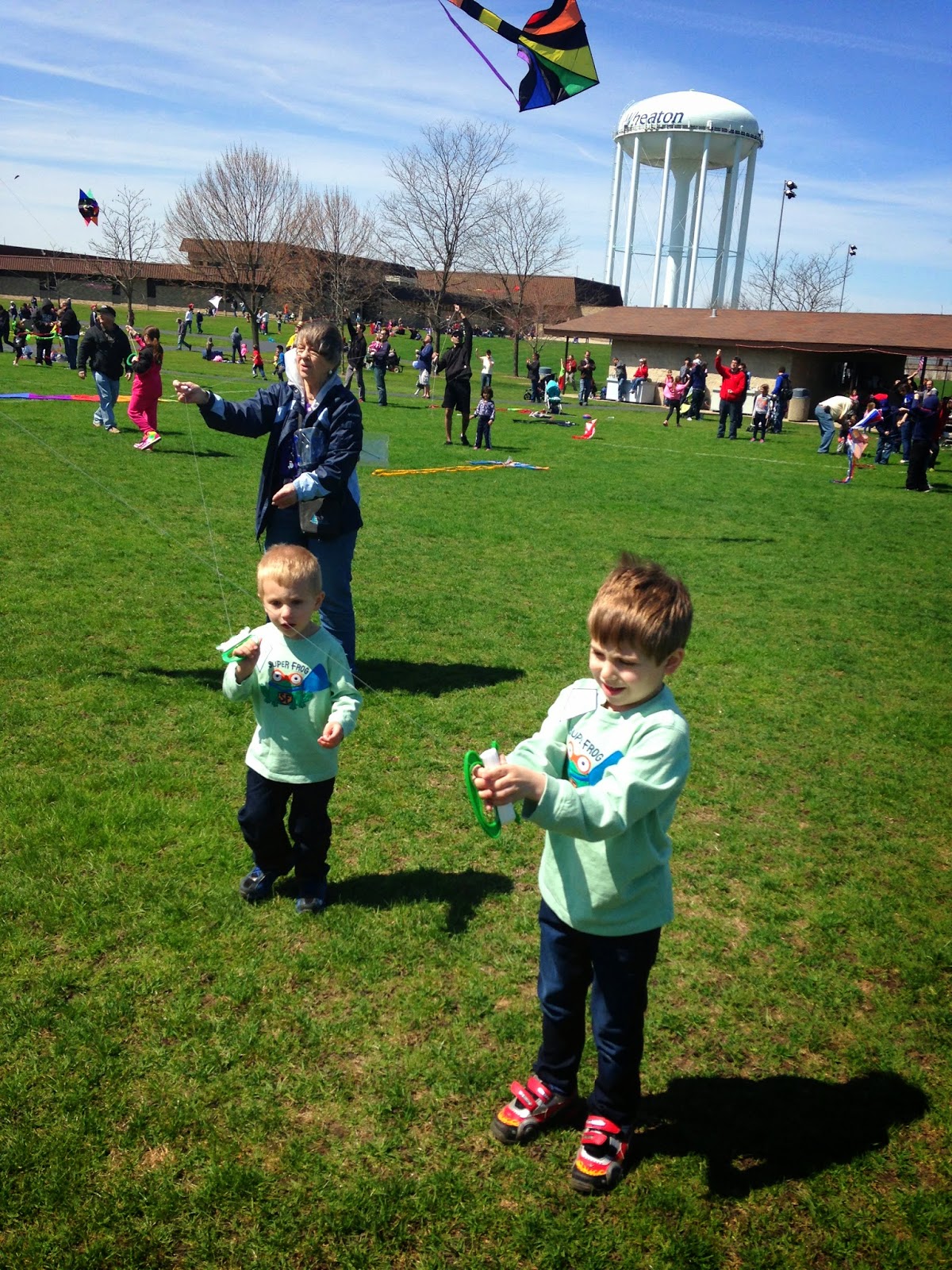 Grandma Toni and I got LOTS of exercise running after kites and helping to get them back up in the air.


The weather was really windy but only a bit cool, so it was nice to be outside. Despite the fact that it is May, I feel like we really haven't had too much of a spring this year. I was glad that one of the nice days happened to be on a Saturday. 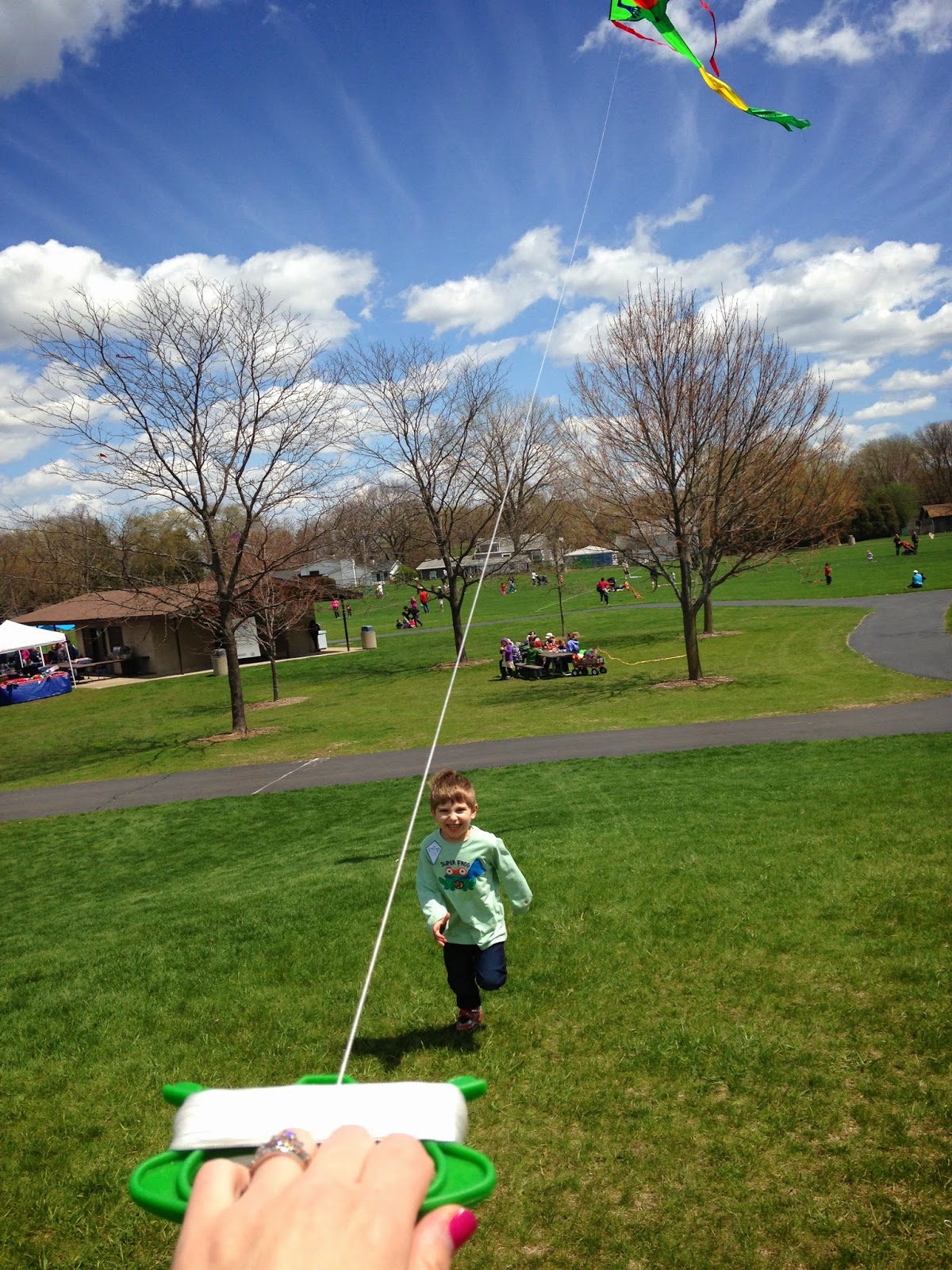 The following pictures were taken just before both boys flew their kites into a tree. 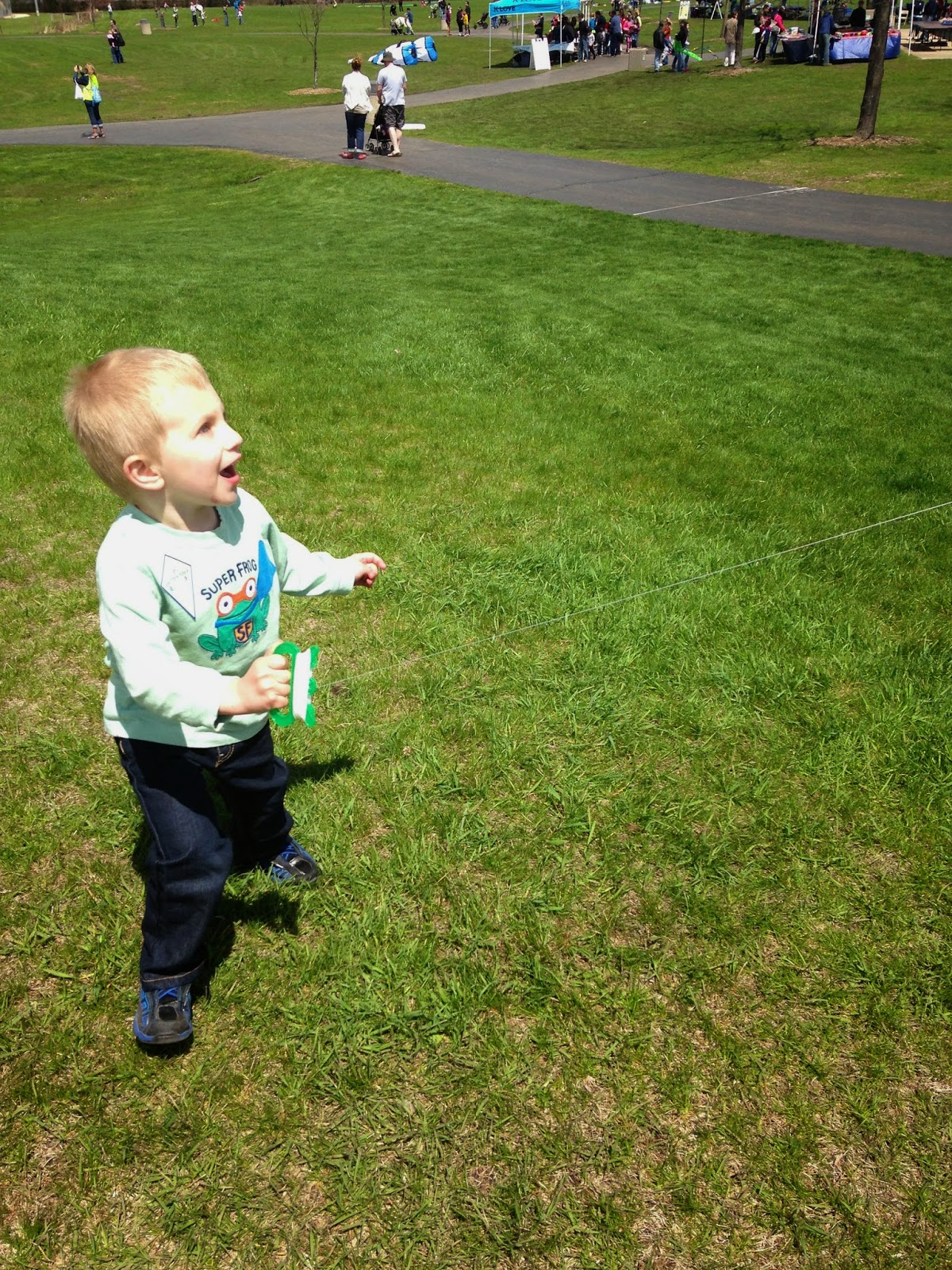 I believe Henry flew his kite in first, at which point Nick followed him and immediately flew his kite into the tree. It took the next half hour (plus the help of three people, who very kindly moved over a picnic table so we could reach the kite) to get them down. 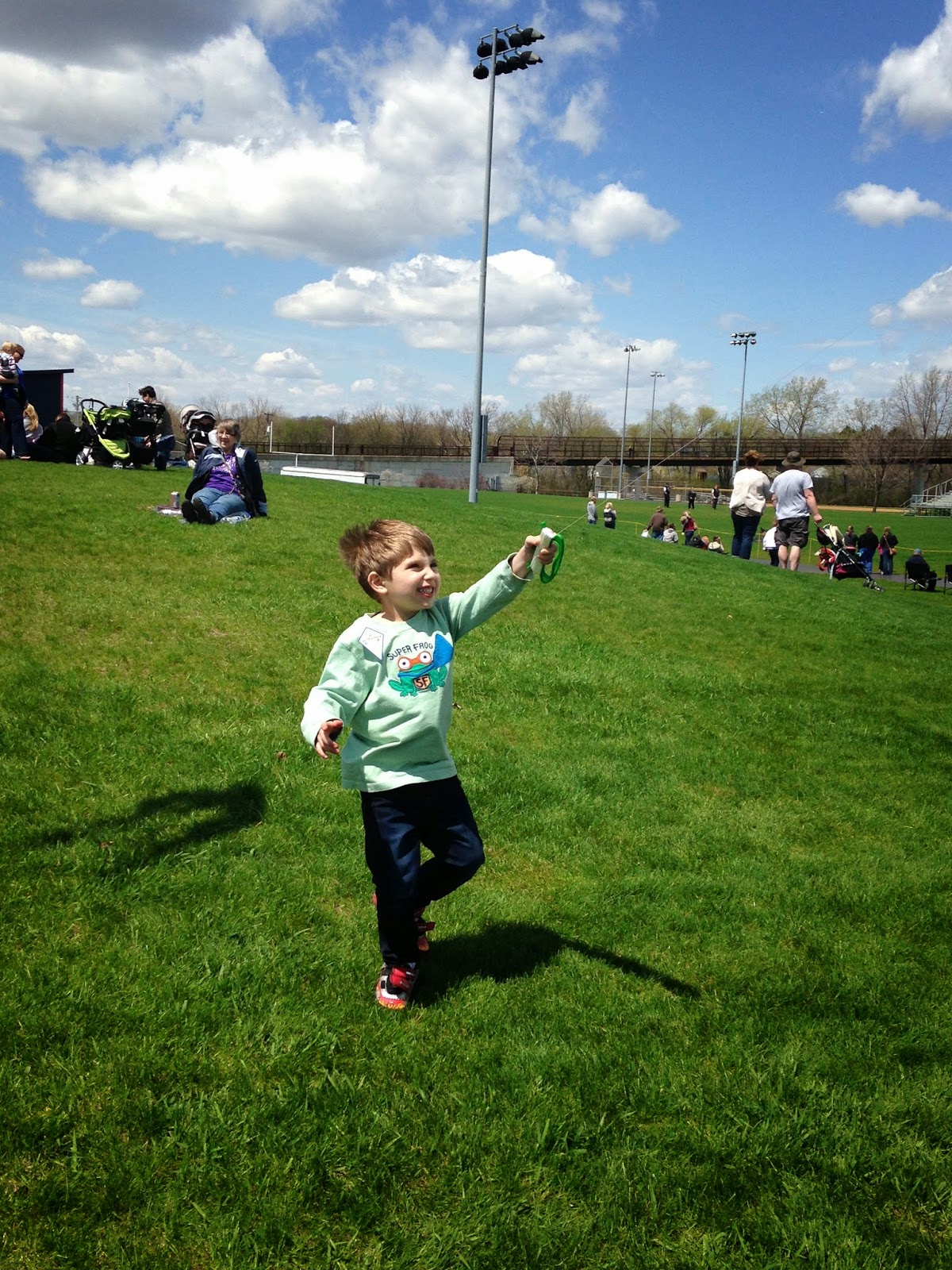 What a great day! I've been so busy lately, and I'm really trying to schedule time to be in the moment with my kids. What better way to do that than by flying a kite? I can't wait to do it again, though this time perhaps not straight into a tree!
Posted by Melissa E. at 10:00 PM