I spend many of my Saturday mornings lately in a very similar routine. First, I wake up and blearily drink a few cups of coffee while feeding the boys breakfast. Then, I search the internet for interesting things to do with the kids. 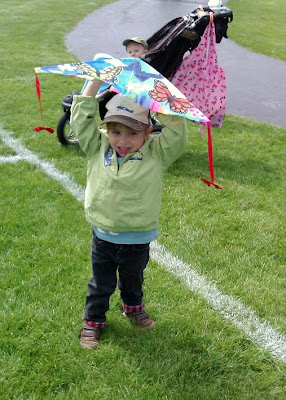 Yesterday, I was lucky. I read about the Go Fly a Kite! Festival in Wheaton. At first I was concerned that Nick would be too little to fly his own kite. Then, I worried about what I'd do with Henry while Nick and I tried to get a kite airborne. We went, anyhow. 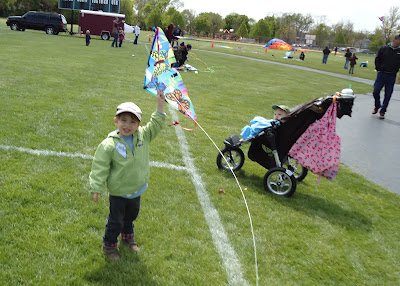 Nick adored picking out his kite. He seriously deliberated, and finally chose this beautiful butterfly kite with red streamers. It took a little while for us to figure out how to fly a kite. I don't believe I've done this since the mid 1980s. Nick was a little discouraged, at first, but he persevered. 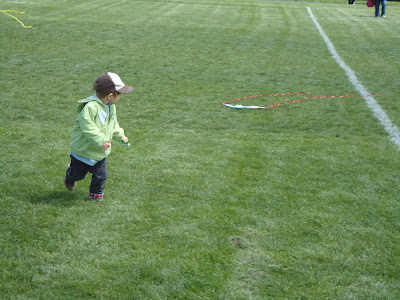 The kite salesman said it'd hold up well and be easy for a little kid to fly. Oh, and I was totally wrong about Nick being too little to fly a kite. I had to help him get started, but, oh boy, did he love kite flying! Here is a picture of his first successful flight. 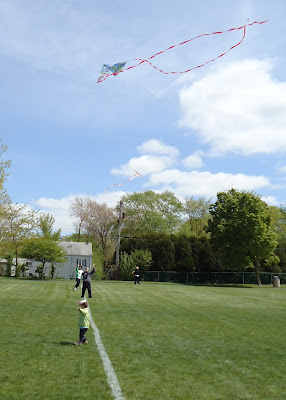 I'm so glad I took the boys! We had one of the best days I've had in a long time. I captured Nick on video running with his new kite.

There were professional kite fliers, kites for sale, snacks, a candy drop, and a booth where you could make a paper kite. I found it very relaxing sitting in the grass with Henry, listening to the music and watching the kites fly in choreographed patterns. Nick wasn't relaxed, though he had a good time. This is what he did for at least 40 minutes straight:

I do not know where he gets the energy, but he loved running around that tree. I watched him in amazement, and Henry played in the grass. 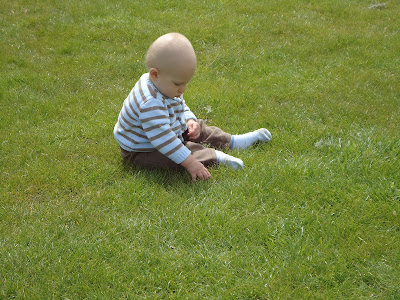 I want to make sure we make it to this festival next year. I also want to fly more kites with Nicholas. I really liked it, and all the running around was great exercise. 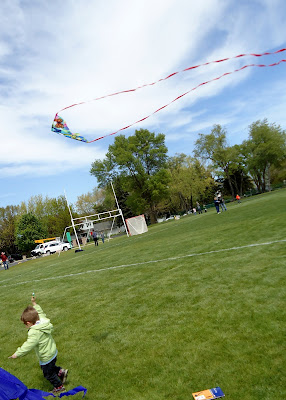