So Many Presents, We Had to Have an Intermission: Christmas Eve

Each year, we spend Christmas Eve with my mom, stepdad, sister, and stepbrothers. My grandmother and mother-in-law usually join us as well, and it is a fun, low-key evening, with yummy sandwiches, plenty of cookies, and presents galore.


Passing out the presents took a long time this year, since everyone was apparently very good. 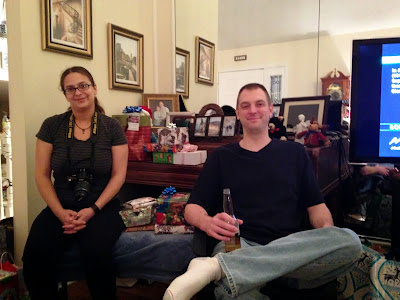 Uncle Andy gave the best present--BIG hugs for the boys! Nick and Henry like the tightest hugs. 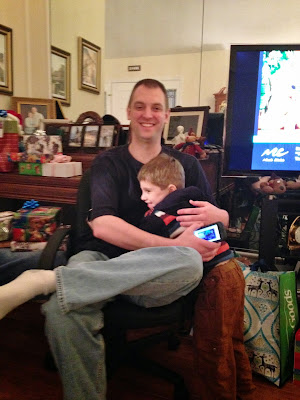 Uncle Justin showed Nick how tall he could be if he keeps eating his vegetables.


You can never have too many Christmas hugs. 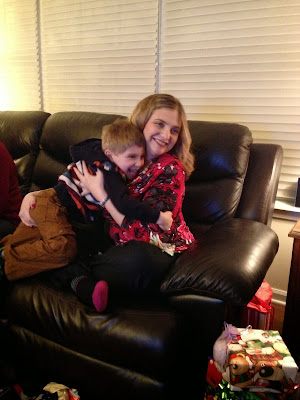 Grandpa Ray adopted a new look for the occasion. 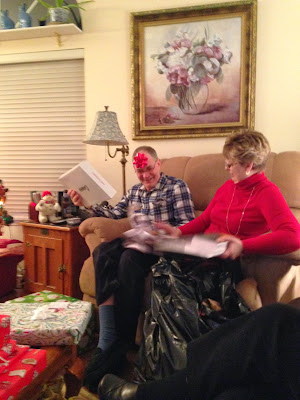 Grandma Toni and G.G. dressed in matching colors, almost as if they'd planned it. (They hadn't.) 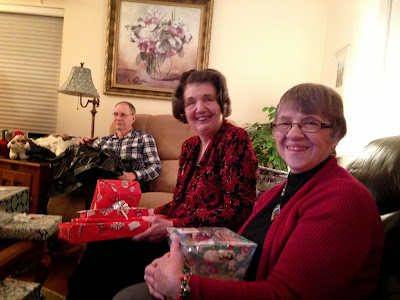 Henry was just a little bit excited about his new dinosaurs set.

Henry slept with his new planes toys the other day. He's been carrying them (and his little Darth Vader) around the way some little girls drag their dolls around. 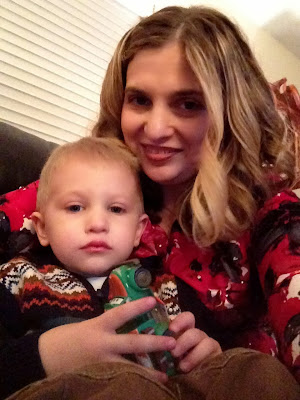 Here's Nicholas showing off his new watch. What time was it? Time to open more presents! 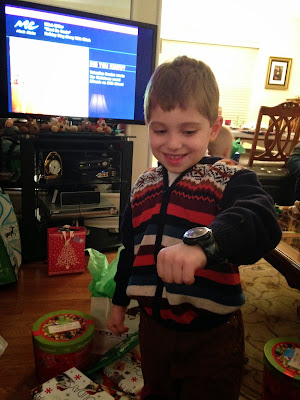 Greg was excited about his new shirt. . . 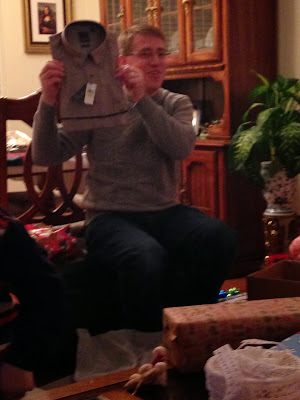 But not as excited as Henry was about his Mr. Potato Head set. 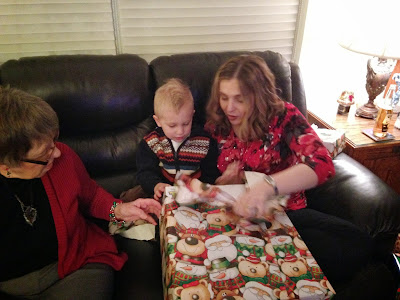 We had so many presents, we had to have an intermission. Food helped give us energy for more present-opening. 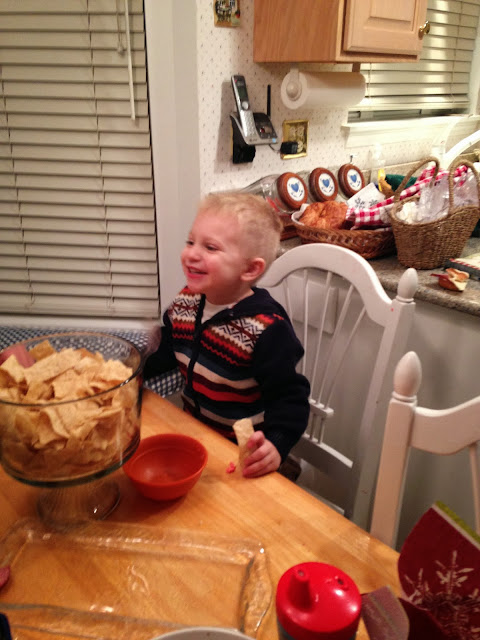 Sandwiches, cookies, and homemade brownies. No one was counting calories on Christmas Eve. 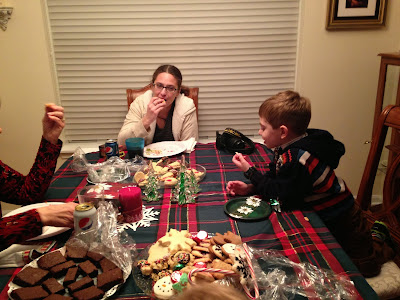 No, that is not Henry's beer. Though he probably would've drank it if we had allowed him to--Henry is a veritable bottomless pit. 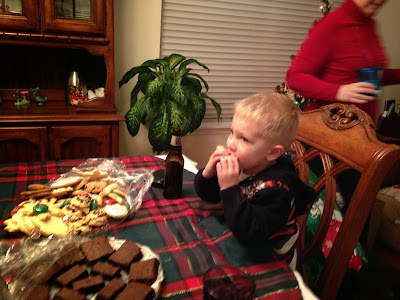 After we'd fortified ourselves, it was back to the presents. 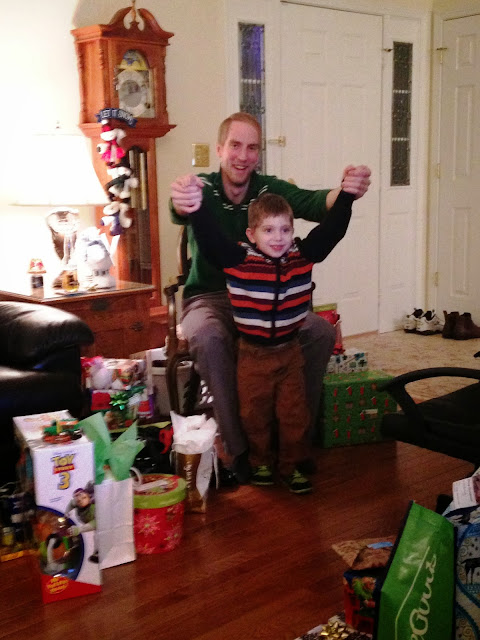 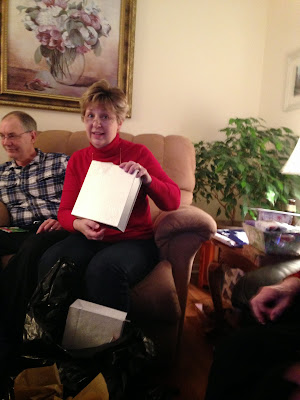 As usual, Christmas Eve was one of the highlights of the season for my boys. I wanted a family shot, but had to settle for a picture of Greg and me, since the boys couldn't sit still due to all the cookies and excitement. Half of my pictures from this evening turned out blurry due to constant child movement. 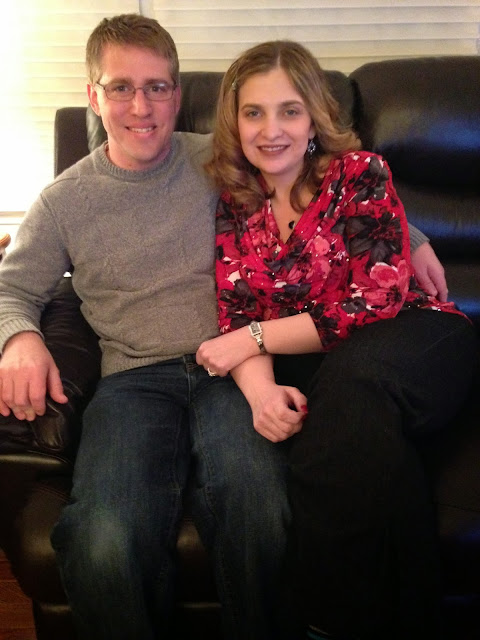