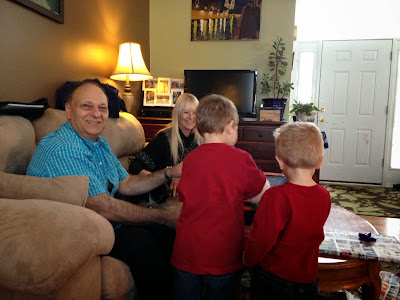 Over the weekend, my dad and step mom came over for an early Christmas celebration. Nick and Henry were excited, because Grandpa Mike and Grandma Patty play with them and give lots of hugs. 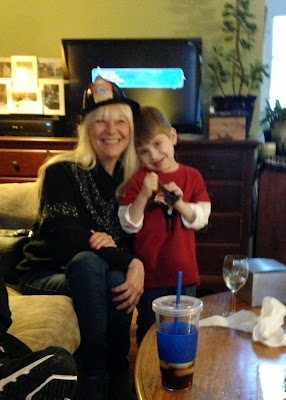 This time, they brought the coolest fireman helmets. Henry loved his, but wouldn't stand still long enough for me to get a good picture. 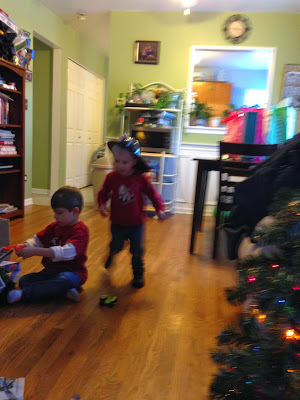 Nick got a really awesome tank-type thing, which I swear was tied into the box with seventeen different strings and plastic tags. It has these awesome little guys with big boots, so no matter how hard you fling the little men, they land on their feet. 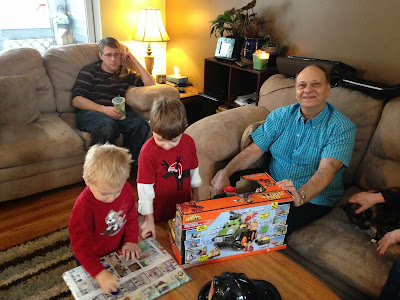 Henry adored playing with his new puzzles. This boy has some serious puzzle skills. If I let him, he'll do one puzzle after another. 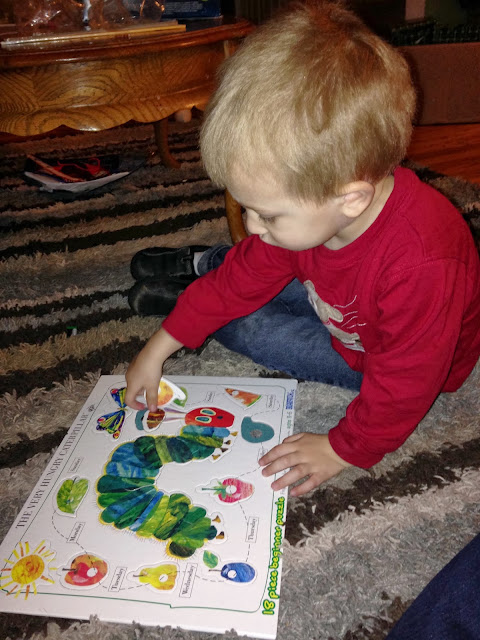 Greg was so excited about his gift. Even though he let Nick hold up one of the bars, I don't think he's sharing. Greg loves his chocolate. 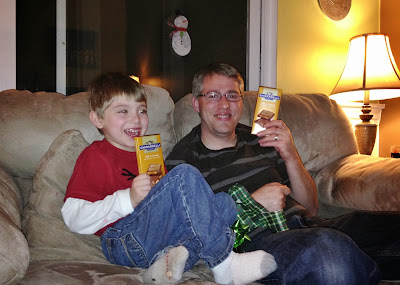 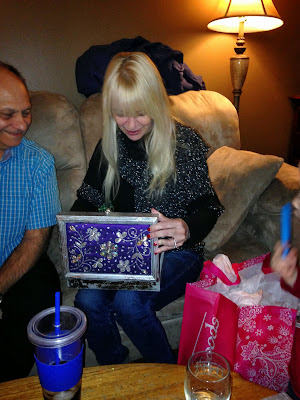 Nick was really excited when it was his turn to open a present. Henry always wanted to help. 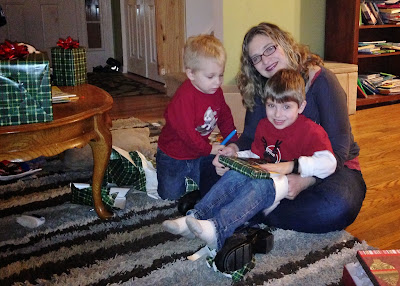 Henry got this awesome counting book with a pen that made the numbers glow. He loved the pen, though he immediately used it as a light saber. 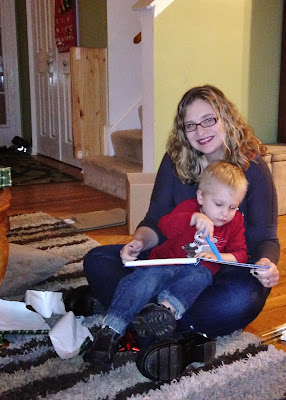 But Nick liked the wrestling with Grandpa Mike even better than the presents! 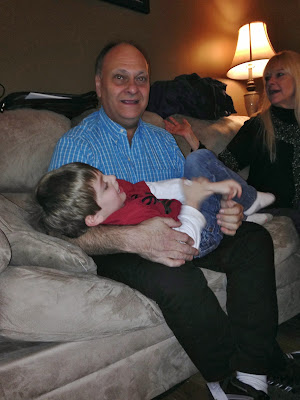 Their favorite present by far was Henry's train set. They sat and played with it for a good hour. The best part? Grandma and Grandpa helped build. 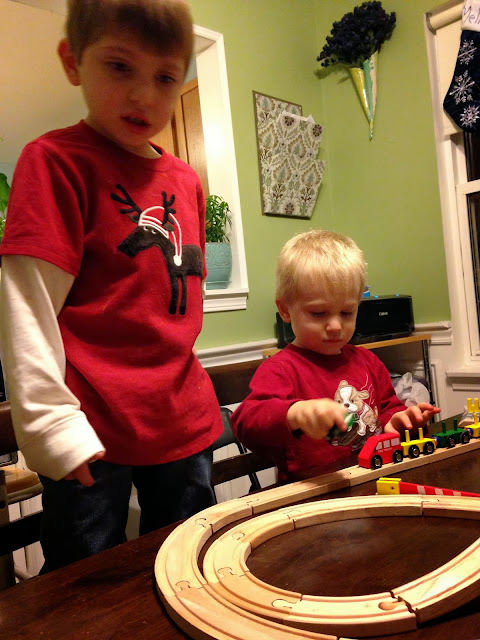 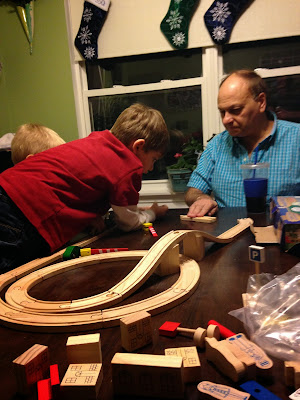 It ended up being a relaxing, fun evening, focused on the kids and including plenty of snuggles. Henry loves his snuggles. 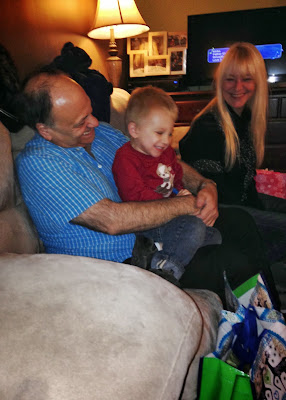