We try to make it to Septemberfest in Schaumburg just about every year. We have gone in 2012, 2011, and 2009, during my blogging life. This year the boys actually enjoyed looking at the craft festival for awhile. Henry wanted one of these pumpkins.


The boys found these hats all by themselves. Henry had this "Cars Movie" hat on before I could even get to him, and it's a good thing I decided to buy them, because there was no way he was taking it off. 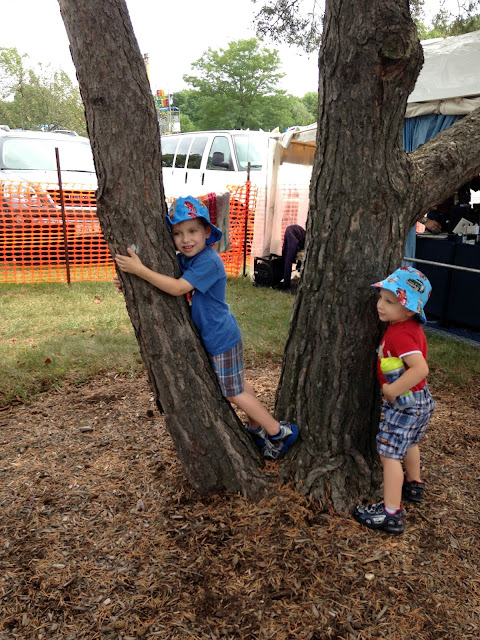 Both kids looked around and pointed to things at the craft fair. Instead of whining about going to the carnival, they enjoyed talking about what we were seeing. 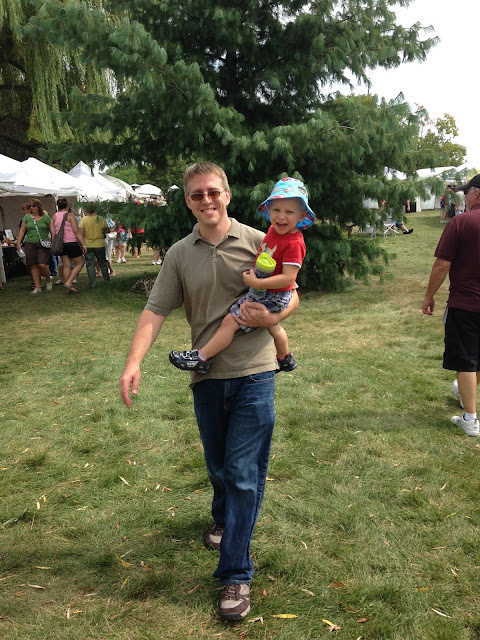 Henry was pointing to things and telling us the colors, and Nick talked about all the things he wanted to buy. A man was playing the piano in the center area, and Henry was so inspired he invented his own dance, performed around his sippy cup. Check it out:

After the craft fair, Nick and Henry saw the Fire Department's fireman's pole. Both of them wanted to try going down. Nick climbed up the ladder, but was too scared. I don't blame him--I don't like heights either. Henry, however, has no shortage of guts. He climbed up the stairs. . . 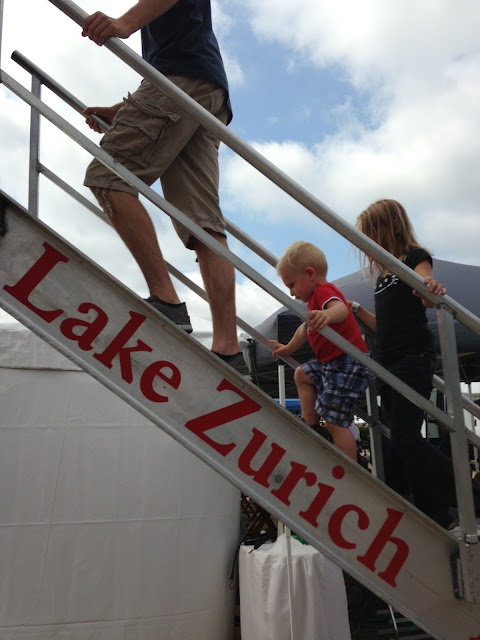 . . . and let the handsome fireman help him slide down. What a brave boy! 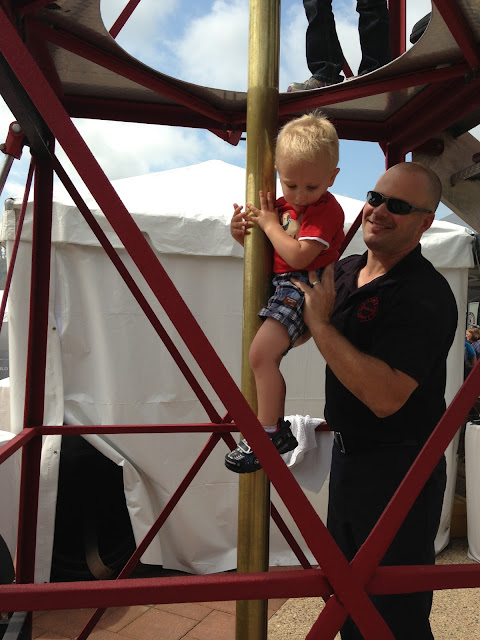 Nick, meanwhile, watched from the sidelines in his grandpa's lap. 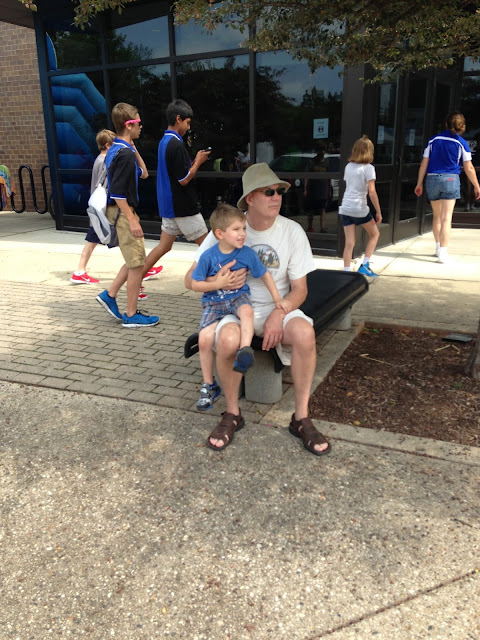 We took a break to have lunch at my grandma's house. The boys love sitting on her brick fireplace. Here are all three of my guys.  :)


After lunch, it was time for rides! They wanted to ride the motorcycles, and we found one where they could sit double. 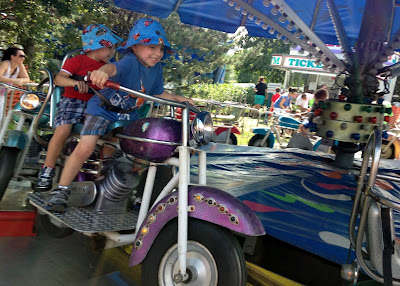 Nick got on the dragon roller coaster, and he sat in the front. He was so excited! 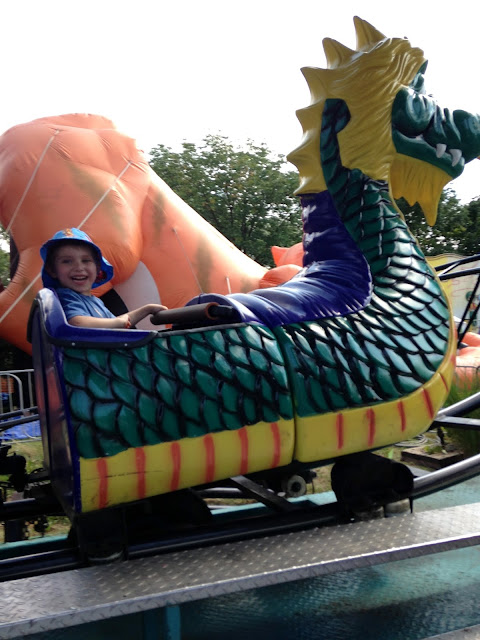 Henry was too short for the roller coaster. This was his reaction.


Henry did get to ride on the truck, though I'm sure it wasn't as exciting as the roller coaster. 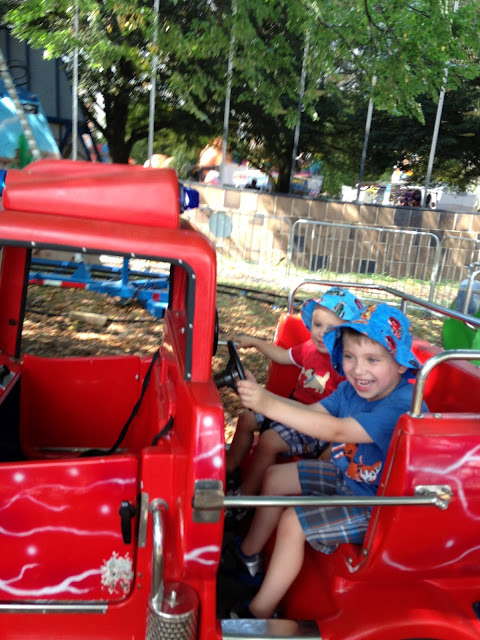 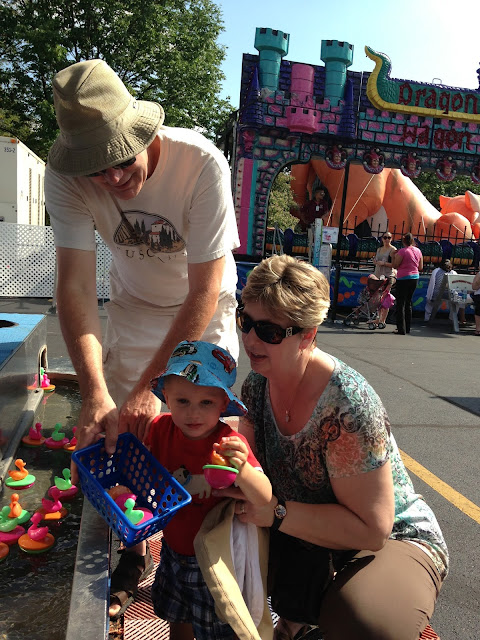 Nick and I threw darts at balloons and won a prize! 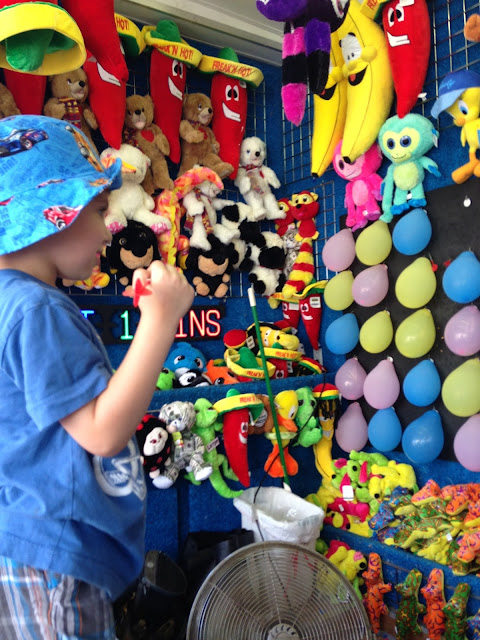 He was so excited that his prize was a baby penguin! Nick's favorite stuffed animal is penguidy, a penguin, so he says that this new penguin is penguidy's baby. 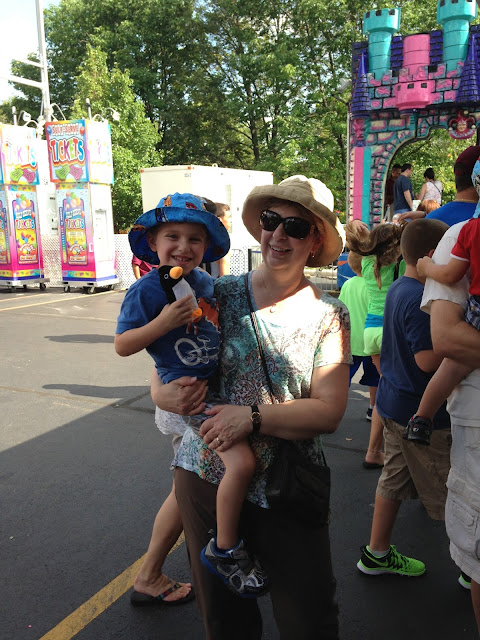 Henry picked the coolest car to drive on this ride. He was very proud of himself. 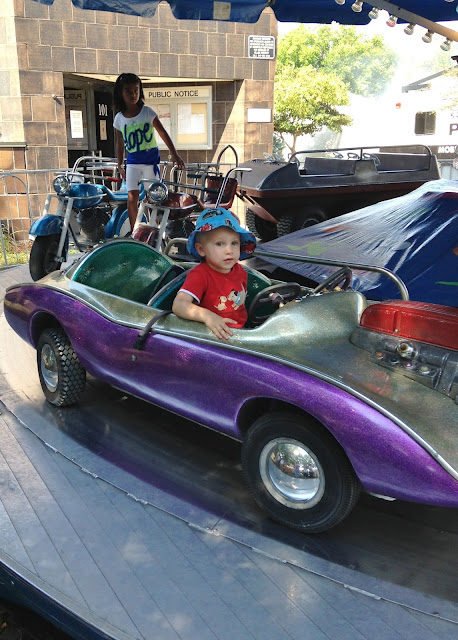 Nick loved the jeep that he picked, even though Henry's car was cooler. Nick still smiled more, though. 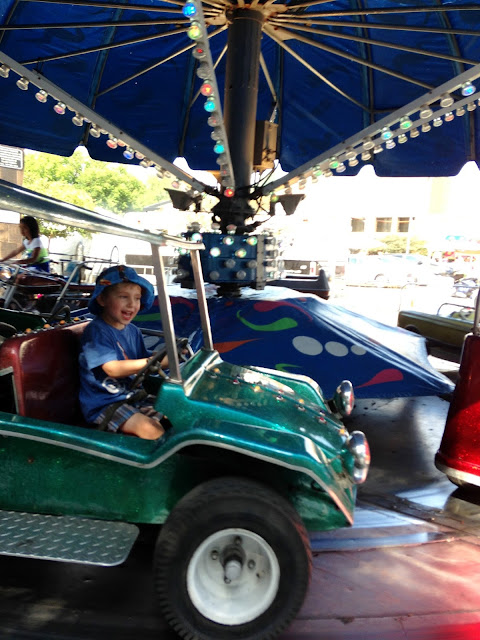 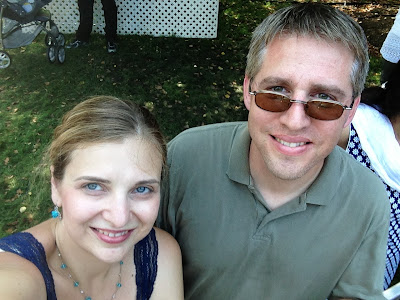 . . . but we were completely exhausted. Greg passed out on my grandma's carpet. 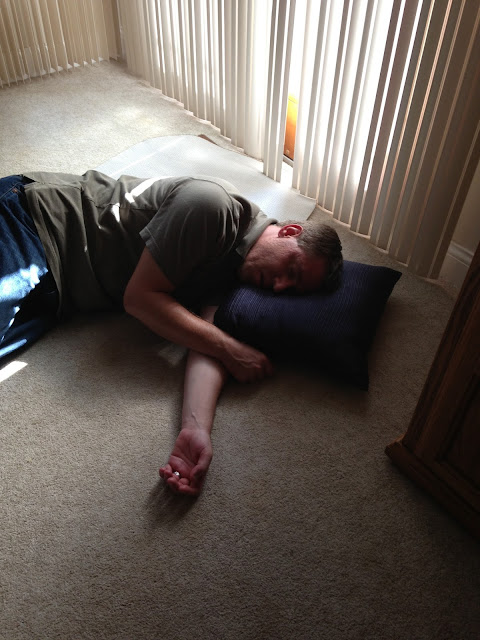 It was an excellent day, and I want to make sure we go next year! Maybe Henry will be big enough to ride the dragon coaster. He'd love that.  :)
Posted by Melissa E. at 3:35 PM