Last week, I heard about a program at the Dupage Children's Museum where the boys could make ceramic trains. We had to go. They had a great time! 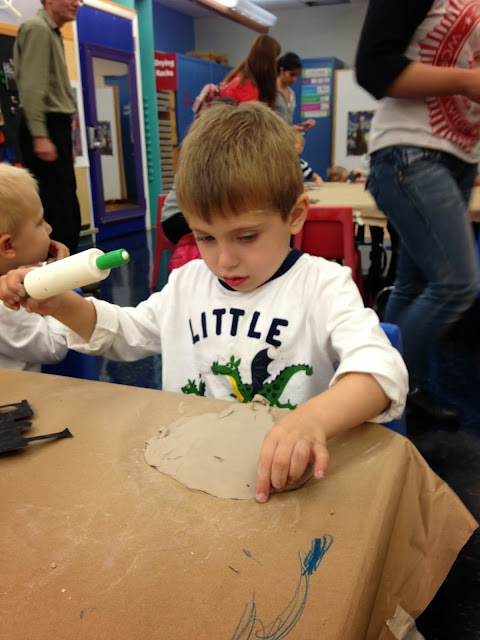 Nick said this was just like making gingerbread cookies. I warned him not to eat this clay! 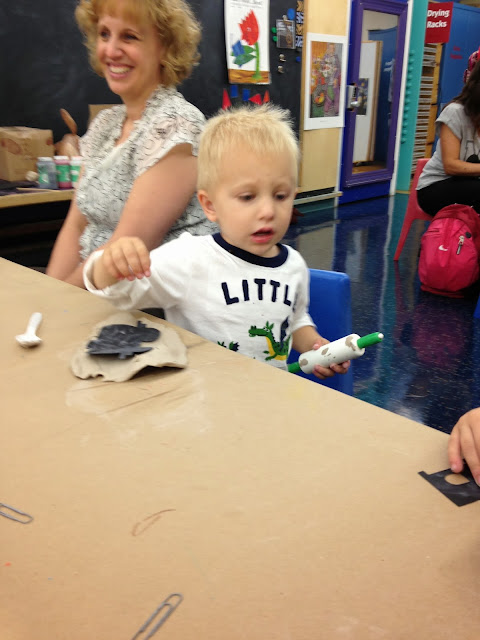 Henry was a little ticked off that I wouldn't let him bang the rolling pin on the clay. He got over it, though. 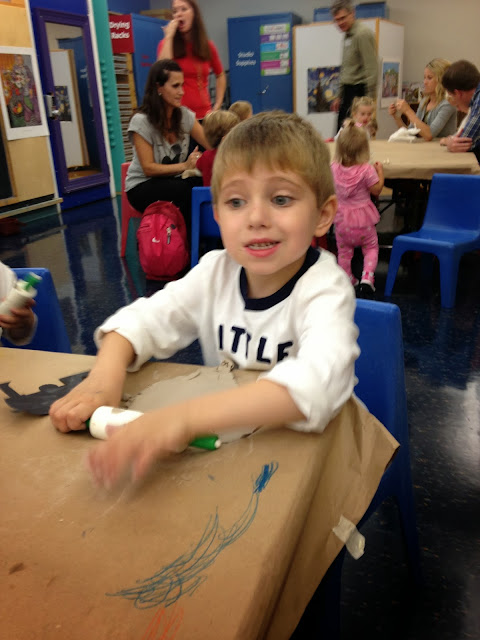 After they rolled the clay flat, there were little train patterns to use. 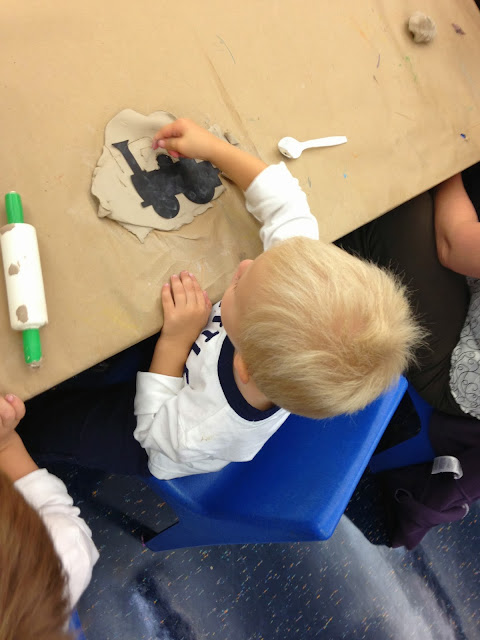 Henry liked poking the clay with the paperclip. I helped him trace around the train so it would vaguely resemble one. 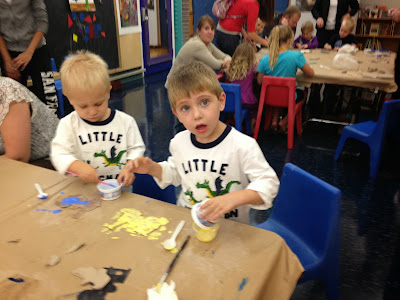 I think their favorite part was painting on the glaze. They used way too much, but that's okay. 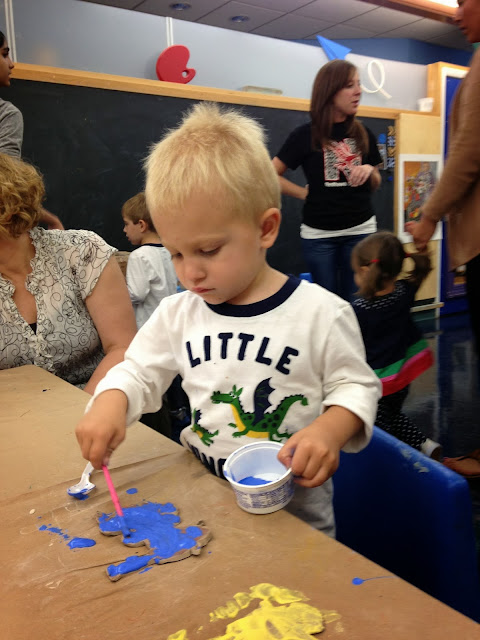 Henry would've painted his on all night if we would have let him. He got really mad when it was time to stop. 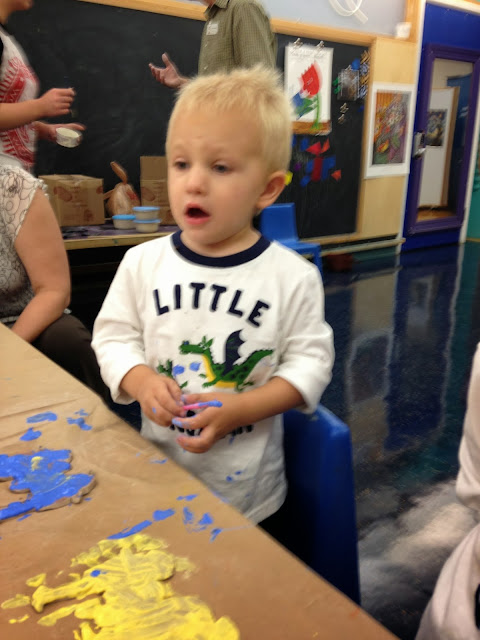 Here's how the trains looked. They'll be fired this week and we can pick them up this weekend.


Henry's train is blue and also upside down. 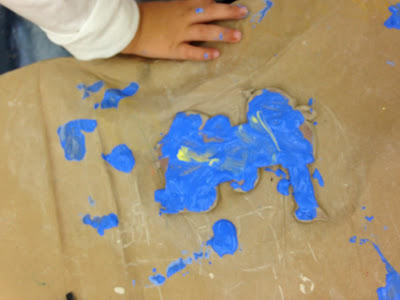 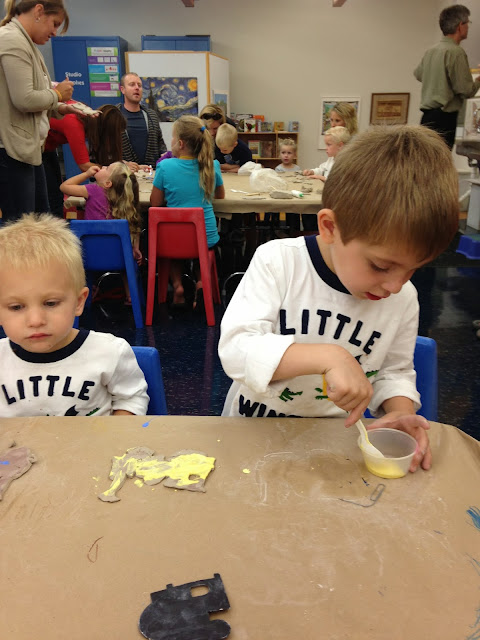