Last week, I decided to stay home with the boys all day Saturday. I declared it a "Snow Day" and we did some special activities, just because. 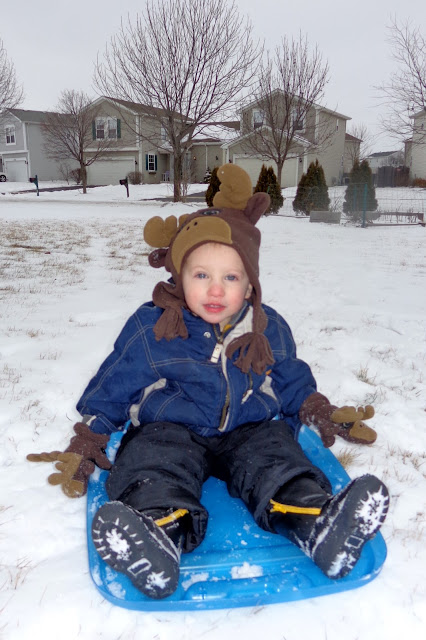 We started out, of course, with a trip outside to play in the snow. I rigged up a "ghetto sled" using the lid from rubbermaid container. It worked fairly well, though I wish it'd had a string to pull it with. 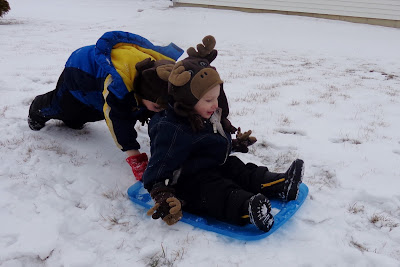 Nick liked being the muscle of the operation, though I think Henry wanted to go faster. 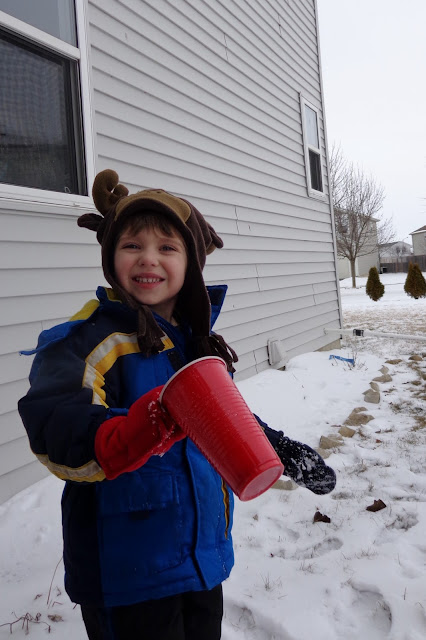 We attempted building little castles using red solo cups to pack down the snow. After maybe an hour of this, Henry decided he didn't want to wear his gloves anymore. He kept taking them off. Only problem was, every time he'd touch the snow, he would start crying hysterically and want to go inside. 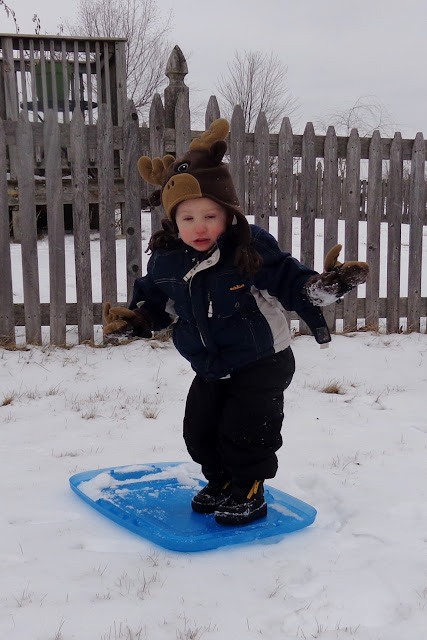 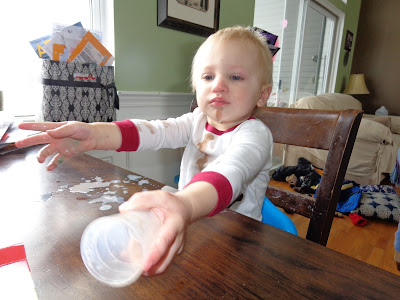 I like to make it on the stove, but Henry has trouble drinking it (even in a tiny cup) without making a mess. He looks like his has a goatee in this picture. 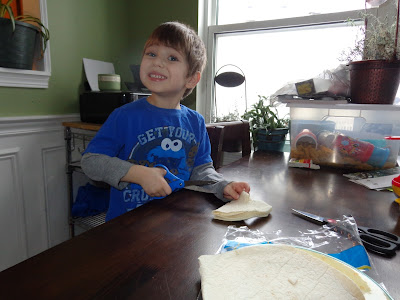 After cocoa, we decided to try a new snack. Did you know that if you fold up tortillas (I use the extra high fiber ones) you can make snowflakes? Nick adores cutting things with scissors, so he jumped at the chance to make some snowflakes to eat. 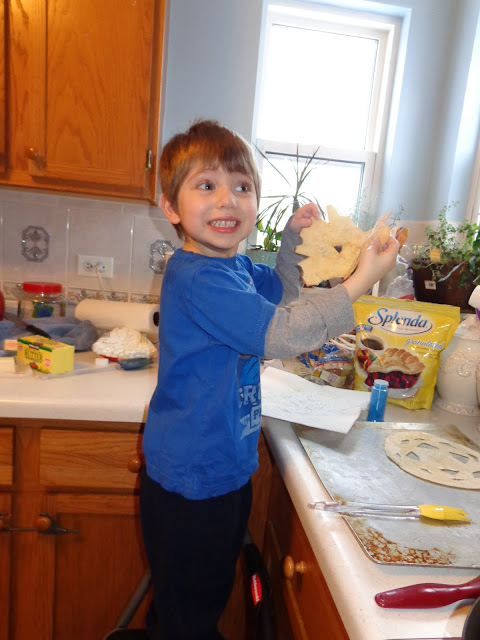 We buttered them and sprinkled sugar and cinnamon on top. You can bake them in the oven, but I fried them in a little butter instead. Yum. 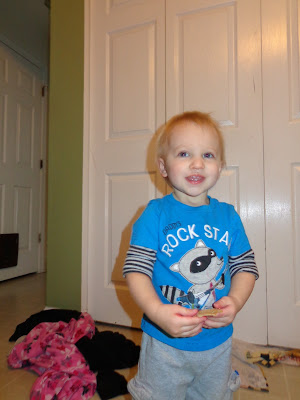 Henry heartily approved of our snack. So did Penguidy, Nick's favorite stuffed toy. 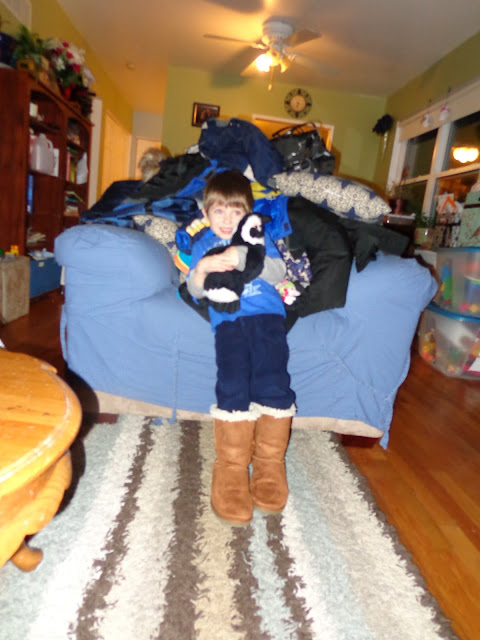 To top off our day, we did one more pretty cool snow-themed activity. We took plastic polar bears and seals, and froze them into icebergs. Then we added them to a nice, warm bath. Joy ensued, at least for as long as it took for the icebergs to melt. 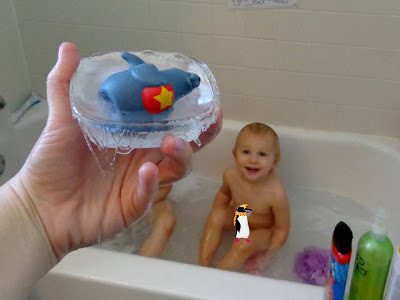 I was trying to teach about properties of water, but both boys were genuinely dismayed when their icebergs melted completely away. "Make it frozen again, Mommy! insisted Nick. I do not have that power, unfortunately. As gimmicks go, though, it was free, fun, and interesting for the boys. 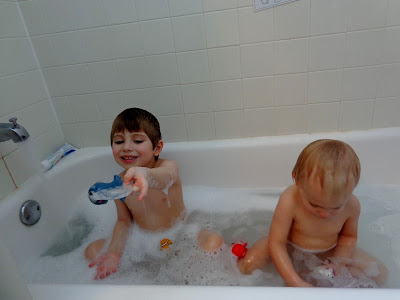