Just when we thought it was over. . . 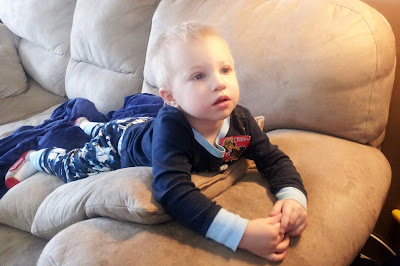 We've been sick all week with what we thought was bronchitis and sinusitis. But Henry and I weren't getting better. First thing Thursday morning, Henry and I went to the doctor, both of us with fevers. The pediatrician did a swab of Henry's nose, and he tested positive for Influenza Type B. This means that all of us have had the flu all along. We still do have the bronchitis et. al, but the flu is the reason. 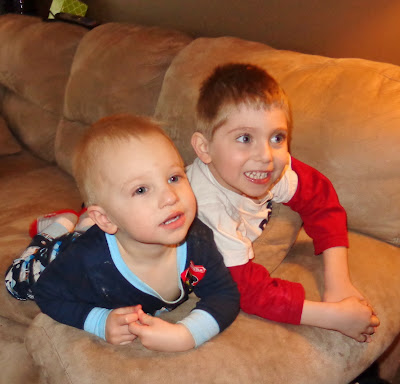 As of Thursday night, Nick and Greg were both feeling better. But today, Nick spiked a 102.4 degree fever again. Greg called the nurse's line to see if we should bring him in. She told us that with the type of influenza we have, families can infect and reinfect one another, and that we should be really careful not to share utensils or sneeze on one another. How is that even possible with two young children? We have no idea. 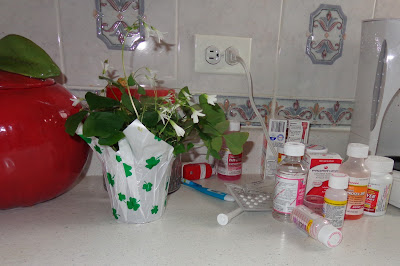 This is what my kitchen counter looks like right now. We have infant, children's, and adult tylenol, ibuprofen, and benedryl. Nick and I are on steroids. Everyone has an antibiotic prescription and albuterol. The doctor upgraded me to a second line antibiotic and insisted that I go on oral steroids, which I never do. Oh, and the shamrock plant? I saw those at the store and bought one, thinking we could really use some luck. 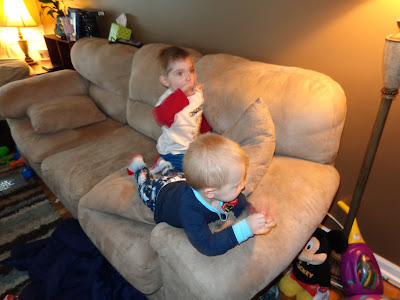 So what have we been doing around here for the last week? Here are the numbers:

4-   People who had the flu in our home this week.
9-   Number of prescriptions we've had filled for this illness
5-   Times we've called the doctor's office
2-   Times we've been to the doctor's office
7-   New toys purchased to appease two bored and sick children.
10- Times I've stepped on one of the bristle blocks I bought the boys
14- Times Henry has spit all or part of a dose of medication at me.
1 -  Naps I was able to take.
23- Total pairs of pajamas I've changed the boys into throughout the week.
5-   Days I called in sick to work this week.
3 -  Times I have run to the store to pick up medicine, food, and toys
8-   Baths we took with a mentholated bubble bath
6-   Romance novels I read while recuperating
2 -  Naps Henry skipped entirely because he was screaming the entire time
0-   Times I have been out of my pajamas since Sunday
6 -  On-demand children's movies played.
14 - Number of times Greg and I have read The Tickle Tree to Henry.
9 -   Boxes of Kleenex we've been through.
2 -   Boxes of Kleenex Henry has ripped apart.
1 -   Times Henry has dumped the garbage can over
1 -   Times Henry emptied the clean laundry basket into the garbage can (not on the same day) 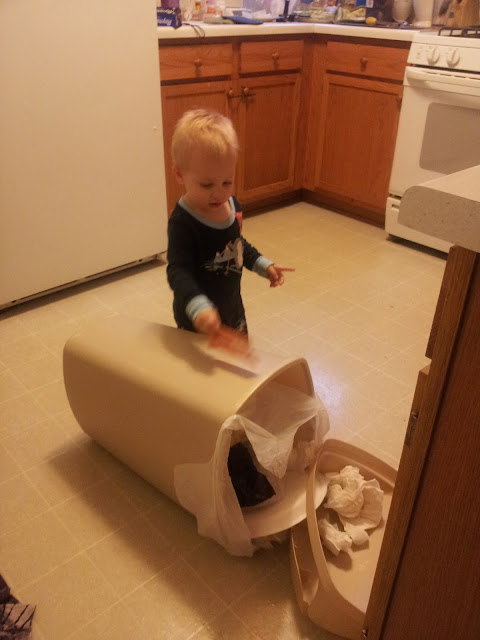 Hopefully St. Patrick's Day will bring us some luck this year. Not that we're Irish or anything. Just me, wishing for good health.
Posted by Melissa E. at 9:19 PM