On Friday and Saturday, we visited Greg's dad and stepmom in Rockton, Illinois. The boys had a great time, but Henry liked walking in Grandpa's shoes the best. 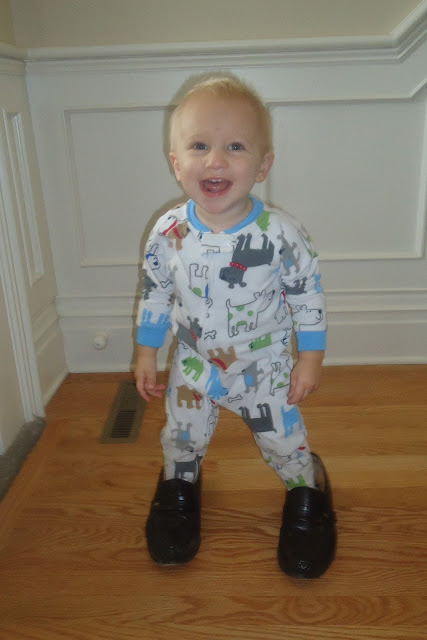 He also liked cuddling with Grandpa Jay. Henry has been in a very snuggly mood lately. He holds his arms up and begs everyone to pick him up. Then he lays his head on your shoulder. 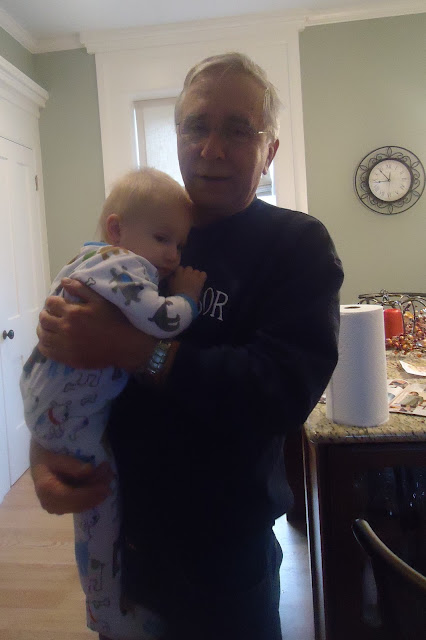 Henry snuggled a lot this weekend. He also caused plenty of trouble. We went out to dinner at a very nice Italian place, and Henry threw spaghetti. Henry also left and took off running toward another table. If he wasn't so cute, he'd be in big trouble. 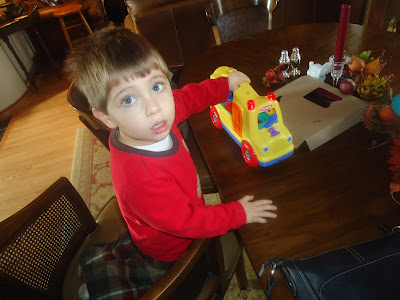 Nick was really excited by all the cool toys and grandma and grandpa's house. Both Nick and Henry fought over this neat school bus. 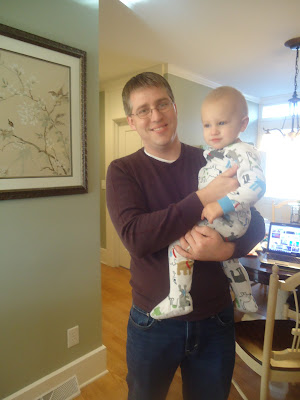 I think my Thanksgiving break was too short. I would've liked another few days with my boys. Ah, well.
Posted by Melissa E. at 5:00 PM