Yesterday was the first time we were able to have Nick's birthday party on his actual birthday. 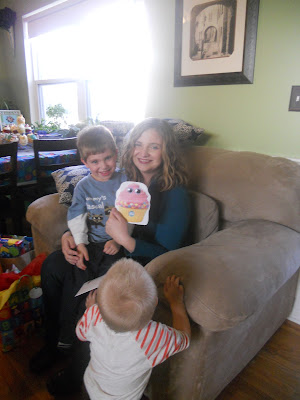 Nick kept announcing, randomly throughout the day, "I am four today!" He told me, "Don't open the [car] door! I can do it myself. I am four now!" (He couldn't do it, but he sure tried.) 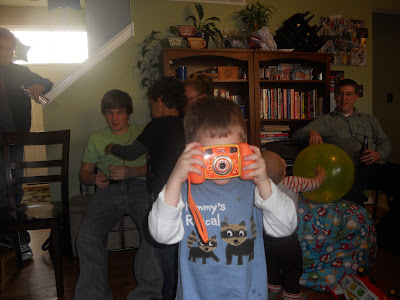 Something else that Nick is now able to do is take pictures. My mom and stepdad bought him his own kid camera. I think he's probably already taken several hundred shots. 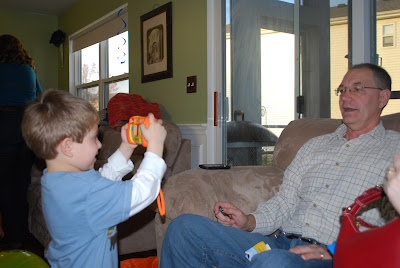 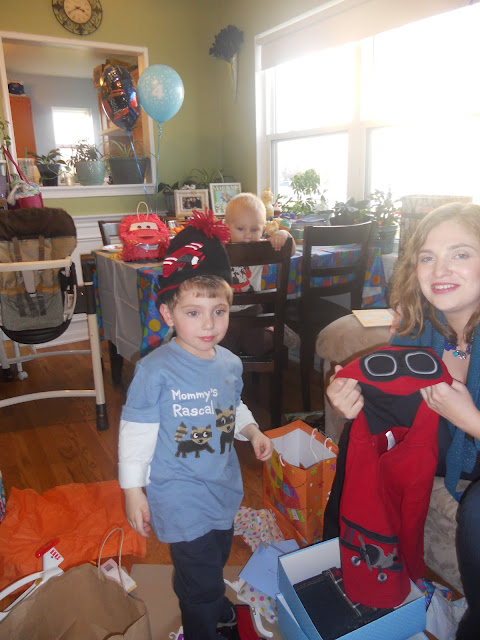 In the above picture, Nick is trying on his new hat while I show off one of his new outfits. You can see Henry in the background, watching us while trying to sneak a cupcake. 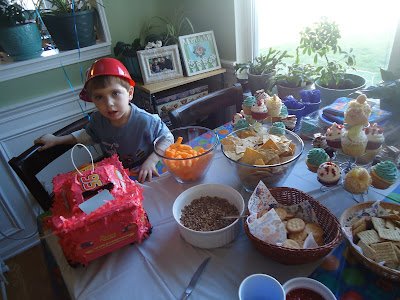 This year, I let Nick pick out all of the decorations. He choose Cars-themed stuff, including a string-pull pinata. I ordered the cupcakes from a place in Naperville called Cupcake Whimsy. 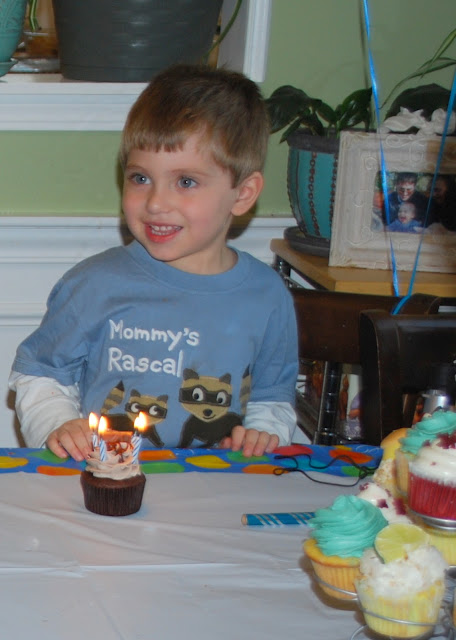 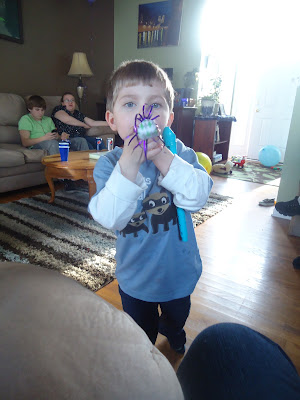 Parties are always exhausting, but we had a good time. We do, however, have enough leftovers to make grocery shopping unnecessary for quite a few days. My family will be surviving on mostaccioli, chicken, Italian beef, and cupcakes. 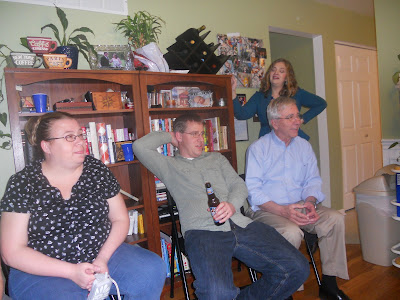 The boys had fun pulling the strings on the pinata, and no one got whacked with a stick. (extra bonus, there.) 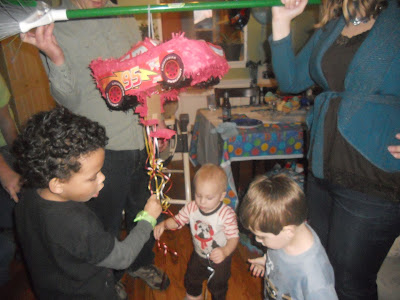 Henry kept trying to put the candy back into the pinata after we were done. 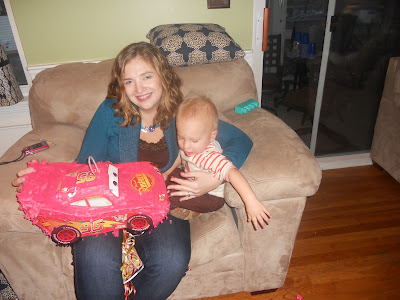 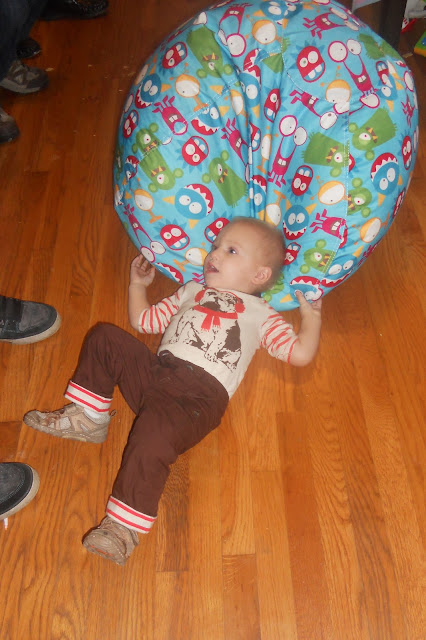 She also has more patience than most for the recorder-playing of her nephew. 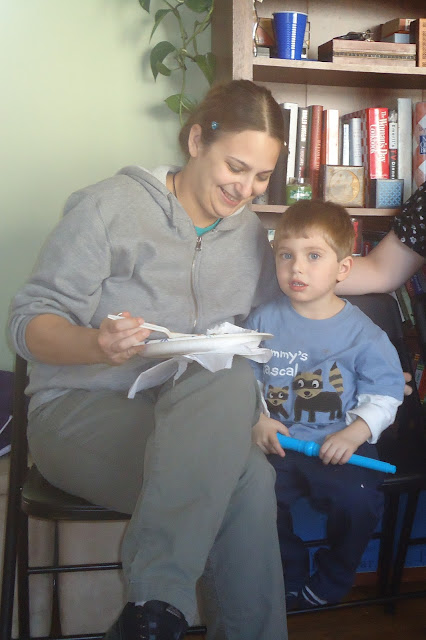 Nicholas was sad to see his party end. He asked me if it was still going to be his party tomorrow. I told him he'd have to wait another year. Nick was disappointed, to say the least. 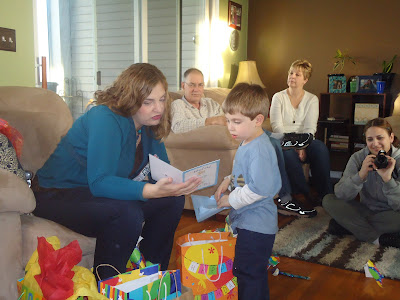