This fall, I'm trying to see how many different pumpkin farms I can take the boys to, just for fun. Last Saturday, it was Heap's Giant Pumpkin Farm, in Minooka. Since this farm is only about fifteen minutes from our house, I thought I could handle the trip on my own. 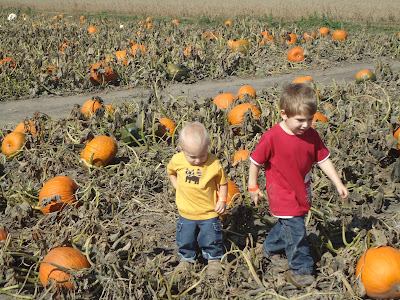 One thing that I really liked about this farm is that is wasn't crowded at all. While there weren't fancy carnival rides or anything like that, this farm felt like, well, like a farm. We took a hayride out to the pumpkin patch, and the boys got to tromp through it and see how pumpkins really grow. 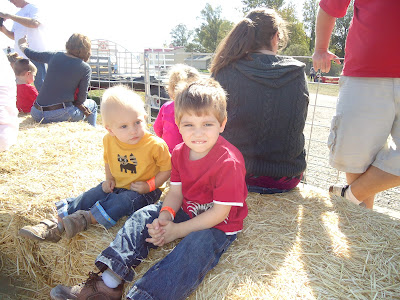 The hayride was bumpy and rickety and just about perfect. Henry loved picking up pieces of hay and poking me with them. 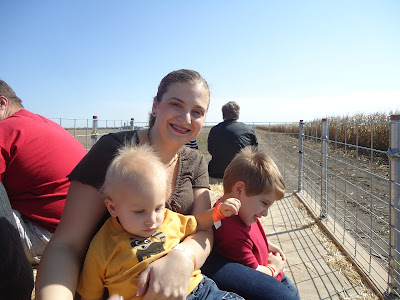 Crunching through the pumpkins was pretty fun, too. I was amazed at how big some of the pumpkins were--many were larger than Henry. 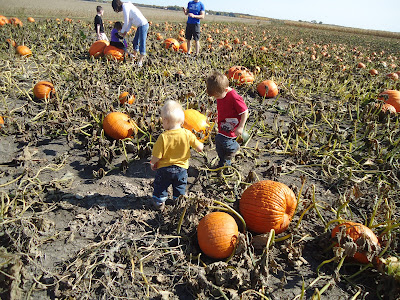 This one was gigantic! Just imagine the pumpkin pies you could make. 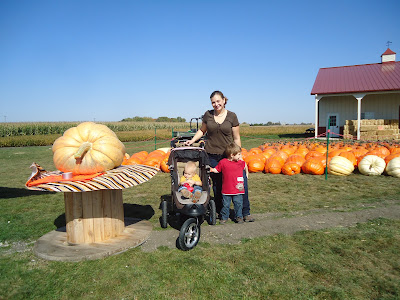 Frustration hit when we got lost in the corn maze, though. It was my own fault, because I let Nick decide which directions to turn. Pretty soon, we were all turned around, and we didn't find the exit for a good hour. I guess corn mazes aren't my thing. Nick's quote: "Mommy, I think we saw this corn before." Yup. 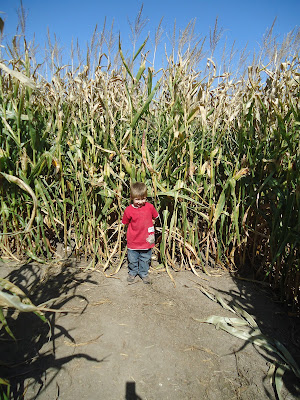 Henry decided that pigs are his thing. He chased this one all around and kept petting him. I think he was surprised that she (the pig, that is) wasn't soft. 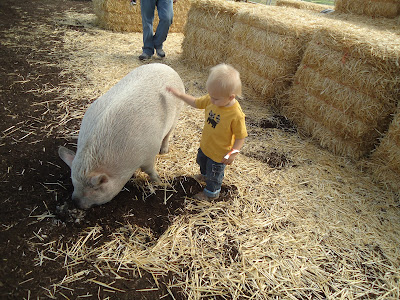 Something about the hay fascinated Henry. He kept plucking pieces of it up and staring at them. Oh, and poking us with the pieces, of course. 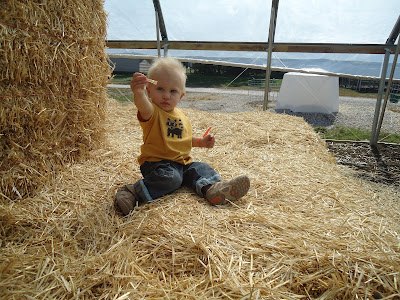 Climbing on the hay bales and chasing the other kids around was more Nick's style. 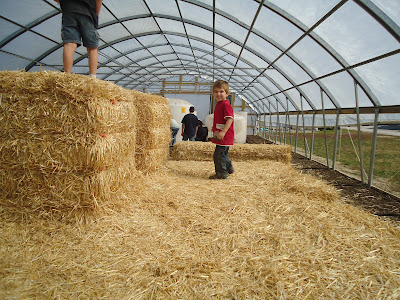 I probably could've entertained Nick for hours just by letting him pump the water and make the duckies go down the ramp. It sure tired him out!

Overall, I thought this farm was awesome, especially considering the prices and the lack of crowds. I think I paid around $20 for about 4 hours of fun. There were no goofy carnival rides; instead, Heap's Farm was all about the farm atmosphere and the pumpkins. Oh, and the pigs, of course.