Where was I? Oh, yes, I was telling you what an awesome time Nick and Henry I and had last weekend at Didier Pumpkin Farm last weekend. I already told you about the camels and the donuts, but this place has far more to offer. 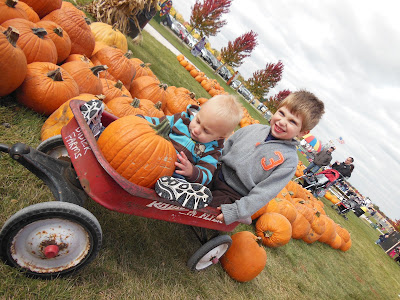 Grandpa Mike and Grandma Patty really had fun helping me chase the boys around, and everyone was ready for nap by the end of our trip. There was dancing. . . 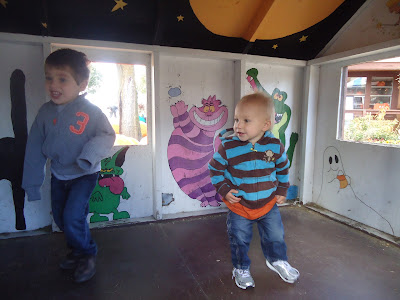 in a little house on the property. I'm not sure why the boys decided to start dancing (no music was involved) but they sure enjoyed this little house! 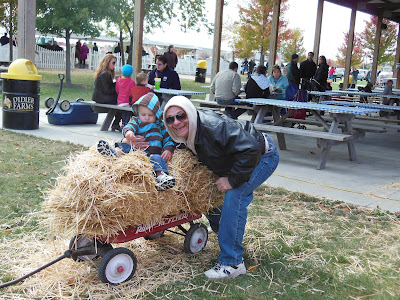 Henry got to sit on some hay. He carried it around for awhile, and I found a few pieces of it in his diaper later on. Random things always seem to migrate into poor Henry's diaper. 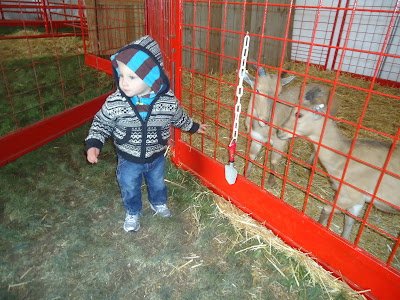 One of the best things about Didier Farm was the petting zoo and the pig races. I've been to many petting zoos where I felt really bad for the animals. Often they are kind of mangy and live in very small spaces. These animals seemed, clean, well-cared-for, and pretty happy. 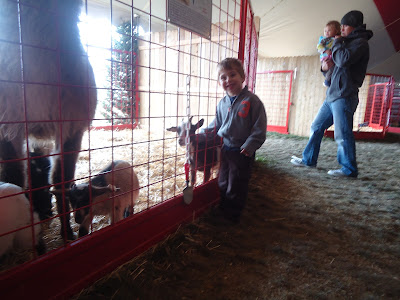 We spent a lot of time hanging out with the animals. I loved this petting zoo. The camel took a bite out of my sweatshirt, though. 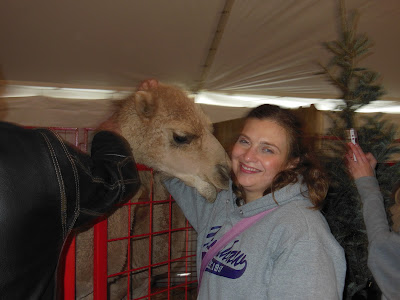 The boys went on pony rides, too. Henry kept petting his pony. 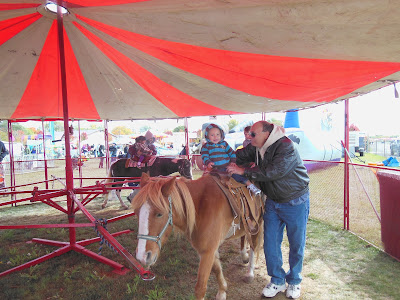 Nick was disappointed when his ride was over. I think he'd like a pony in the backyard. 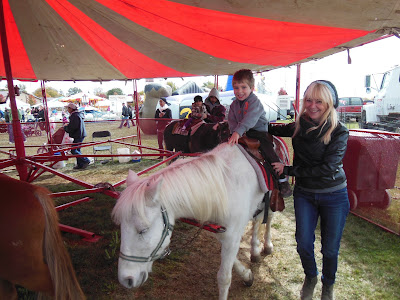 As fall pumpkin farms go, this was one of my favorites so far. It wasn't the cheapest, but it had some really unique features, delicious donuts, and an excellent petting zoo. Plus, where else can you ride on a camel AND go on a horse drawn hayride? 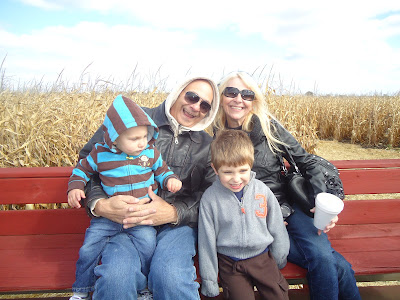