Last Saturday, chilly though it was, I took the boys up to Lincolnshire with Grandpa Mike and Grandma Patty. Our destination was a place called Didier Farms, where hayrides, a petting zoo, and of course, pumpkins awaited us. 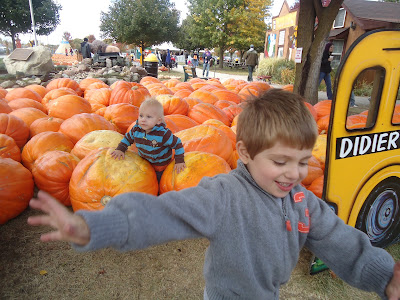 I had no idea how big or how neat this place would be, and I was really impressed. First of all, the pumpkins were ginormous. Also, the attractions were really cool. Last weekend, we went to a small farm in Minooka and got an authentic "farm" experience. This place was more of a fall festival, but because of the cool weather, the crowds weren't bad at all. Oh, and they had camels. 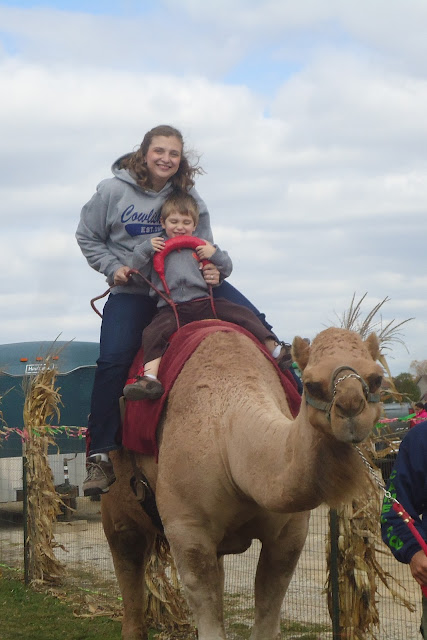 I had never even thought to ride a camel, but I jumped at the chance to take Nick on one. The camel was "soft and nice," according to Nick, and he seemed pretty mellow. Grandma Patty said that camel-riding was on her bucket list, so she was very excited to climb aboard. 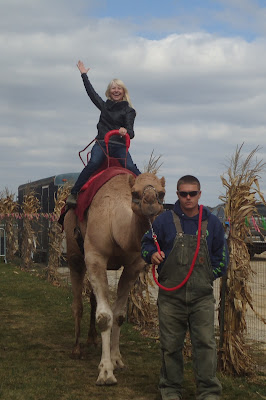 This farm also had delicious apple cider donuts. We warmed up for awhile in the cafeteria area, where Nick tried to sneak in as much junk food as possible. He had some fun times with Grandpa Mike. 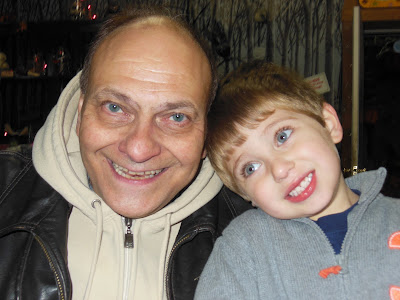 We spent a decent amount of time waiting for Nick to come out of the bouncy house. He loves going in, but we have a hard time getting him out. 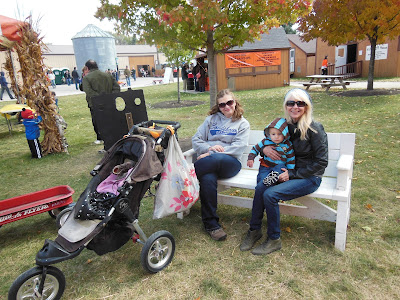 I have more things to show from this large pumpkin farm, but it is time for story-time and pajamas,
so I think I'll write a part II tomorrow.
Posted by Melissa E. at 7:37 PM