Pulling Up to Stand

Henry is fed up with the whole crawling thing. He is ready to walk. In the last week or so, he has figured out how to hold on to furniture and pull himself up to a stand. 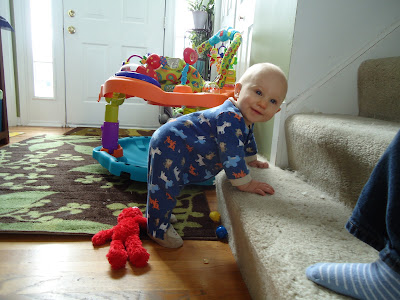 Henry can even hold on with one hand. . . usually while he's trying to reach one of Nick's toys. 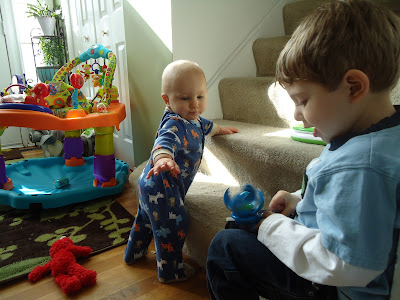 He's really pleased with himself, too. Henry knows he is showing off when he stands up, so he always grins at me as if to say, "Check out what I can do!" He is even starting to scoot sideways a bit, especially when he wants to reach something forbidden. I believe he was trying to climb the stairs in the picture below. 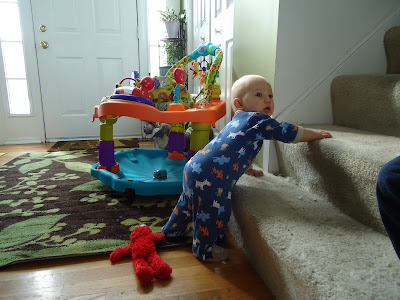 Here is some more video. I don't want to forget this stage in Henry's life, because I'm pretty sure he'll be walking (and running) very soon.


I looked up a video of Nick when he started to pull up, and I was amazed. Nick was several months older than Henry. But I see such a resemblance between them. I think Henry's starting to get chubby like Nick was during his late babyhood.
Posted by Melissa E. at 9:40 PM