Nick has been waiting for snow since October. I bought him new snow boots, and he's been dying to wear them. We finally took the tags off and let him wear his new boots yesterday, even though he's been feeling a little under the weather. 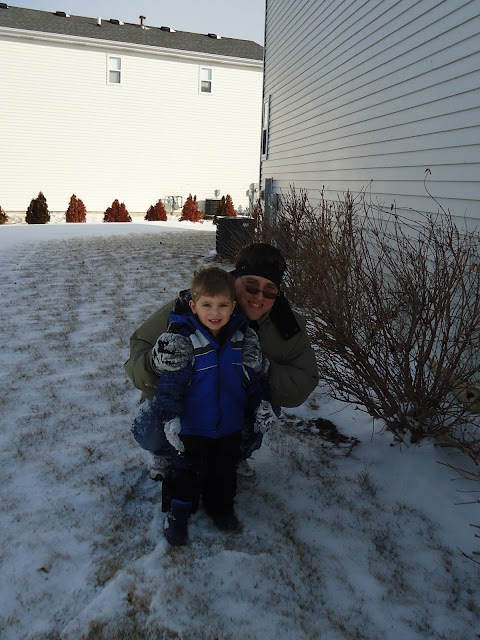 Nick and his daddy spent about an hour outside yesterday shoveling snow. Henry and I didn't join them, although Henry crawled towards the door twice. I think he would've changed his mind outside, though. It was pretty cold! 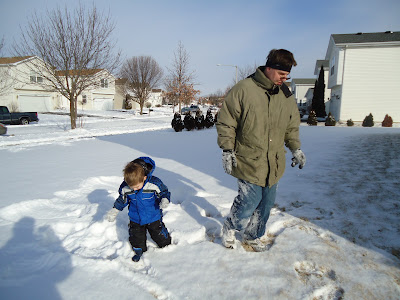 Winter weather is not my thing. I'm probably the least likely person to want to play in the snow. I hate cold weather, and I'm afraid of slipping on ice and snow, whether I'm driving or walking. I think snow is very pretty, so long as I can watch it while wearing my comfy pajamas, looking out the window, with a book in my hand. But I made sure to grab my camera, throw some boots on over my pajamas, and snap a few photos of their snow joy. 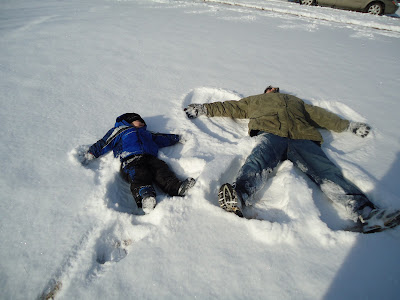 Greg said it was the wrong kind of snow for making a snowman, so they made snow angels instead. They also shoveled the driveway. Nick didn't have a shovel, so he made do with a rake. 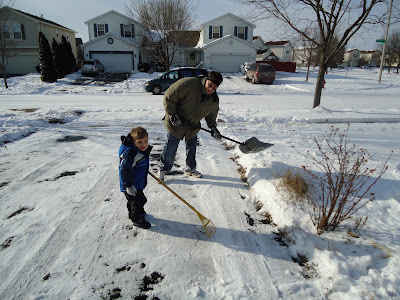 Nick was kind of mad when he had to come inside, but he cheered up right away when I started making the hot chocolate. Both boys have some kind of bug this weekend, and we didn't want to expose anyone else to their germs, so we've stayed home all weekend. I've enjoyed all of the relaxation. 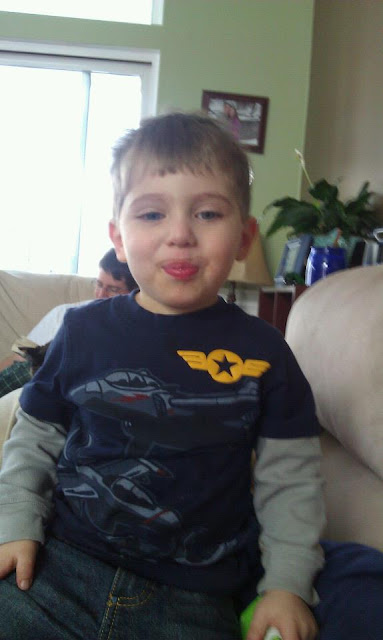 Yes, that's a hot chocolate mustache on Nick. I think it's rather attractive, though I dread the day when Nick grows old enough to start growing a real mustache.

Stay warm on this very cold winter day.
Posted by Melissa E. at 10:41 AM