On Wednesday, we got the boys all dressed and took them to the mall to get their pictures taken. Henry looked like a little man in his sweater, jeans, and sneakers. 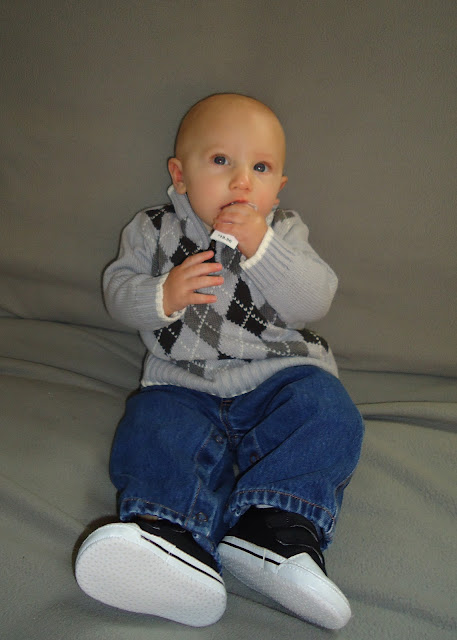 Yup. He's eating the price tag from his sweater. Of course, Henry smiled all the way up until it was time to get his picture taken. As soon as the camera came out, he adopted a very serious look. That's Henry. Nick had no such problem. He loves the camera. . . and the little cars that eat quarters. 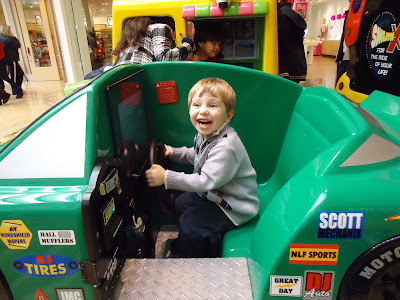 Nick smiled a lot during his pictures. He was fairly well behaved, partially because he knew we'd let him do something special afterwards--lunch with Grandma Toni and then a ride on the coolest car ever. 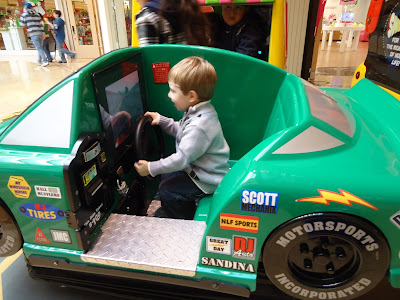 You will notice that Nicholas and Henry are wearing matching sweaters. I guessed at the sizes and bought those last year during the after Christmas clearance sales. Yup. I bought clothes for Henry six months before he was even born. 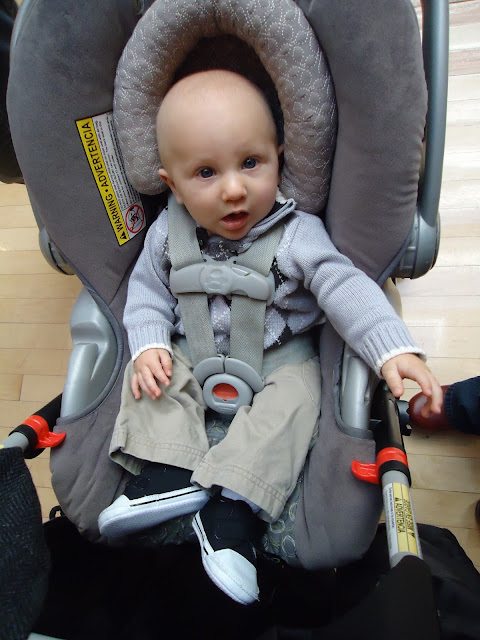 He seems a little surprised by my determination to get a good deal.  I'm looking forward to seeing how the pictures turned out. Even if Henry wouldn't smile. 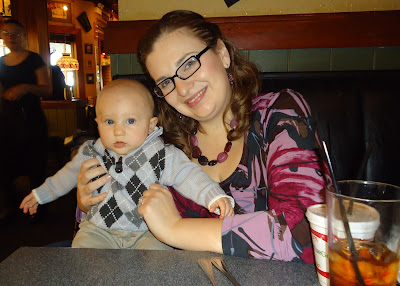