My baby boy is growing up. Henry rolled over from back to front last night. Greg put him down on his back, but when he woke up this morning, he was happily snoozing on his tummy. 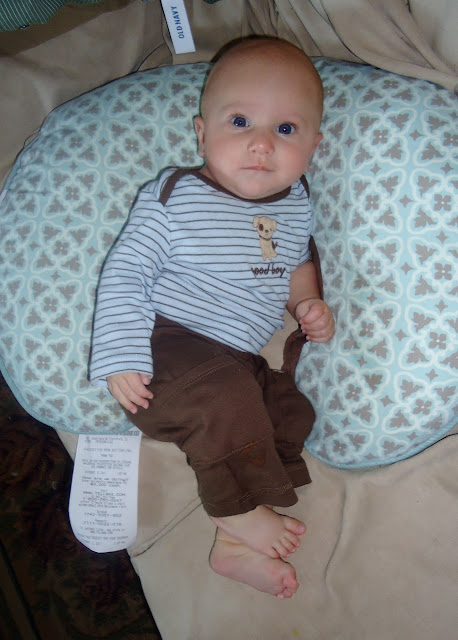 This chunky monkey is now wearing the 3-6 month size and he has adorable rolls of tummy fat. He also slept through the night last night, which he has not been doing regularly, until this point. Let's hope he is starting a trend. Greg said that maybe he'll turn over on his tummy every night, and then he'll sleep all the way through. 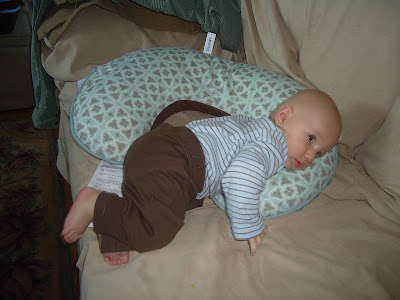 Henry is also interacting with us more. He likes to repeat the noises we make, and he thinks Nick is fascinating. While I was sauteing some vegetables for minestrone soup this evening, Henry suddenly became quite the conversationalist.

I love to see Nick and Henry playing together. Today Nick brought Henry one of his cars, so he could "play" too. It made me smile really big to see Nick being such a thoughtful big brother. Henry grinned up at him and tried to grip the toy car.     :)
Posted by Melissa E. at 6:16 PM