Everyone seems to have an opinion about who Ellie resembles more (Nick or Henry). I put her brothers' newborn pictures on either side of her, and I still can't tell. It's obvious, though, that these three are related.

Nick was smaller, but I think his hair and eyes look like Ellie's, though Ellie had more hair. I think Nick and Ellie have the same nose, too. I had forgotten what a serious, old-man face Henry had when he was a baby. He's a lot less serious now, at least most of the time. Henry's baby chin looks like Ellie's, I think. His hair was much lighter and sparser. All three of my children had blue eyes at birth, and Nick and Henry still have my blue eyes. Greg thinks Ellie's eyes will turn green like his, but that remains to be seen. 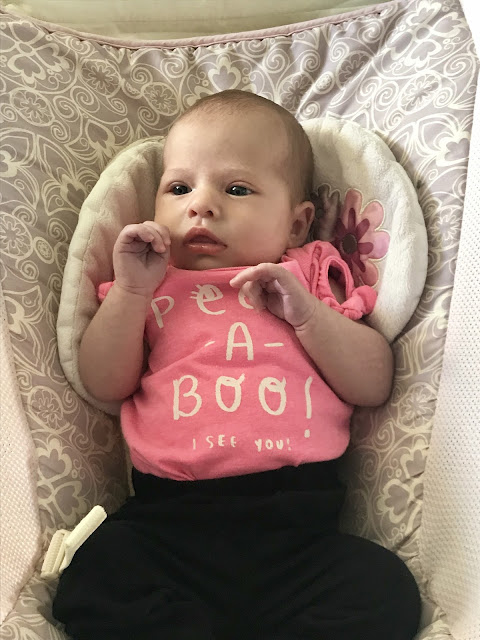 I also tracked down baby pictures of me and Greg. They aren't nearly as cute, since fancy hospital photos didn't really exist back in the 1970s. I think they were more like mugshots.

So she's obviously our kid, but the jury is still out on who little Ellie resembles most. We all agree that she is seriously cute, though. 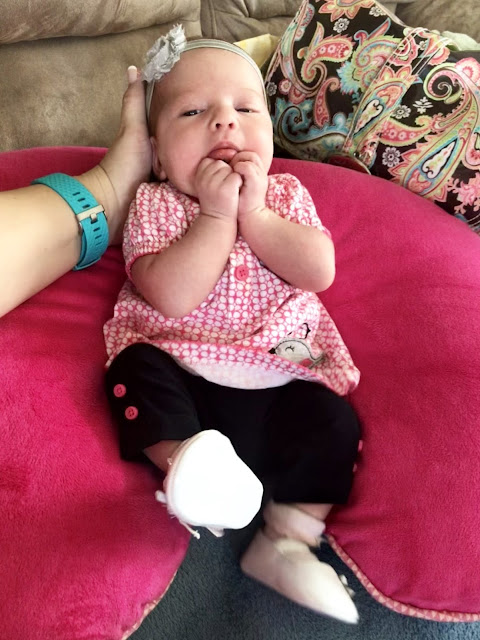