Today was my last day of work for the school year. Nicholas and Henry finished school last week, but I don't feel too jealous because they have to go back early in August. 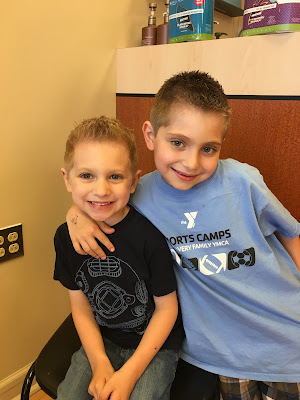 Haircuts were on my agenda this evening, and they were badly needed--especially for Henry! Check out Henry's before and after picture. . . 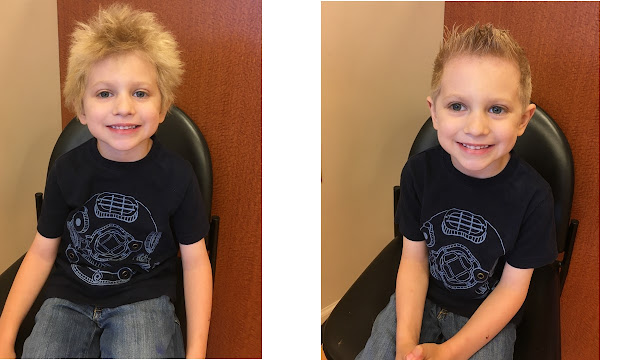 Looks like a whole different kid, doesn't it? I actually like his crazy hair quite a bit, but lately it has been difficult to scrub out the dirt and sand each night. Thus the short summer 'do. 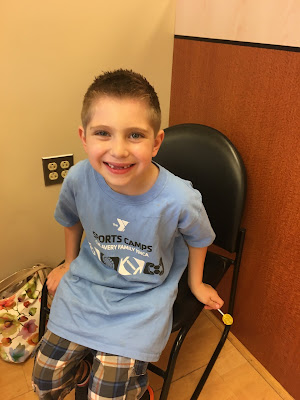 I didn't snap a "before" shot of Nick, but his "after" looks great! I convinced him to go short, too. Nick said he wanted longer hair, but last night I showed him how we'd have to brush it out with a hairbrush every day. That changed his mind rather quickly. 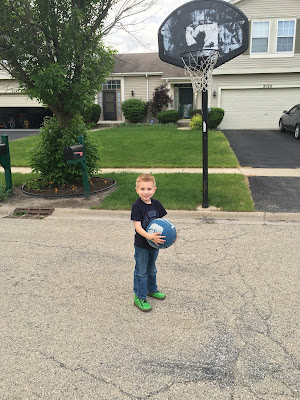 Henry's been feeling rather lonely lately. You see, Nick has a whole herd of kids down the block that he plays with, and Henry is too young to cross the street on his own. But today, some boys let him play basketball with them. I stood in the street and let him play for a good half hour, and he loved it! 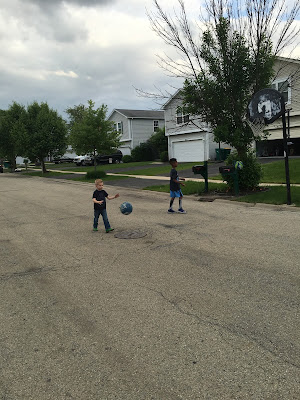 We finished up our night, just as the rain was coming, by having spaghetti and cake outside on our porch. I love when the weather is just right and we can enjoy our outdoor space. 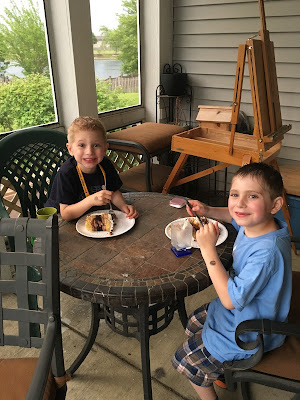 Don't they look thrilled with our screened-in porch? Or it could be the giant slices of cake, I guess.
Posted by Melissa E. at 9:25 PM