Fun in the Water

Despite the cool temperatures outside, we managed to have a warm, splash-filled three days at Timber Ridge Lodge. Henry had a thing for the lazy river. 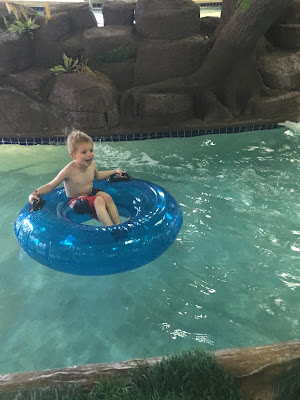 The waterslides alone gave us all a workout, between the stairs and the speed.

I had forgotten how fast the green tube slide goes, and I was genuinely shrieking the first time we plunged down. 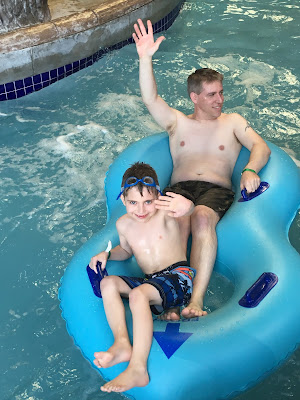 Somehow Greg and Nick don't look scared at all after coming down. 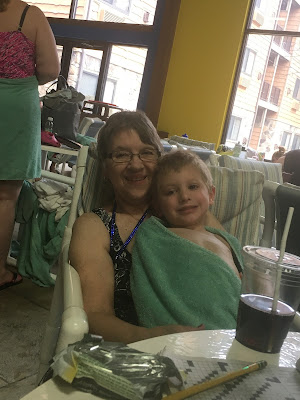 Grandma Toni didn't do any of the big slides, though she did try the little white one with Henry, just once. That was enough for her--never again, she said. 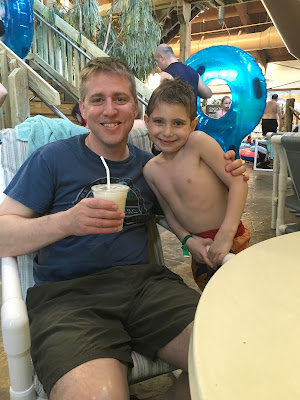 Last year at Spring Break, neither boy could swim, at least not much. This year, both of the boys are decent swimmers, so they were less intimidated by the water in the big pool. See? Here's Henry mid-jump. 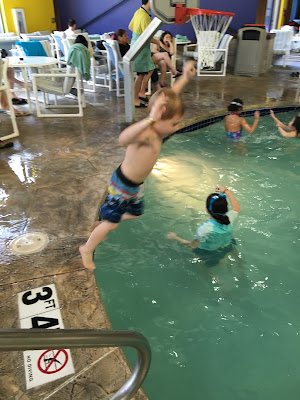 Henry giggled and slide down this slide countless times.

Nick was more independent this year, and he made friends who were over 48", so that he didn't have to go down the waterslides with an adult. Going down the slides with daddy and mommy was fun, but he preferred hanging with his new friends. 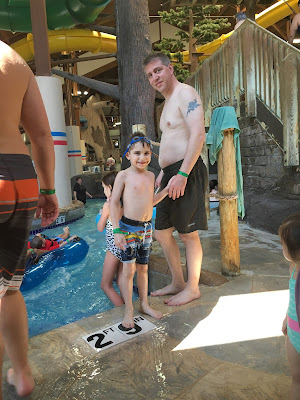 That's it for another spring break trip! 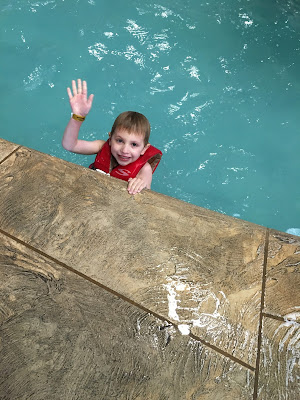