We had quite the busy Easter yesterday. This morning, I found this very same chocolate bunny, sans ears, lurking in our freezer. I think Henry had an early morning snack. 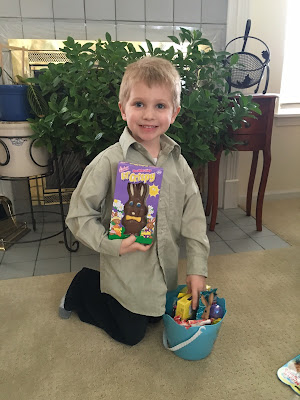 Nick was really excited to get this Harry Potter Coloring Book. 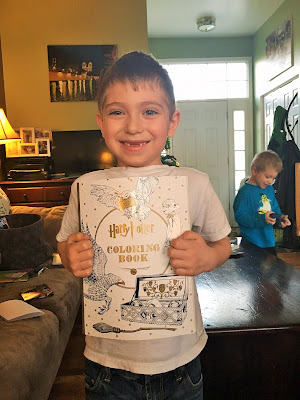 Though the temperatures were chilly, we did get in an Easter Egg hunt before the rain started. I think Henry ate from two main food groups yesterday: the Peeps group and the chocolate group. 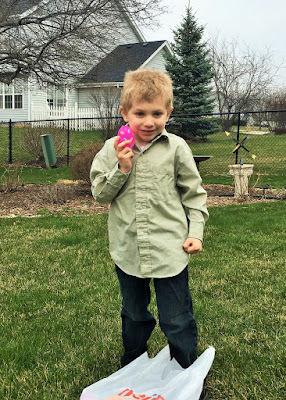 The egg hunt was over more quickly this year, too. I suppose they're getting better at figuring out the hiding places. 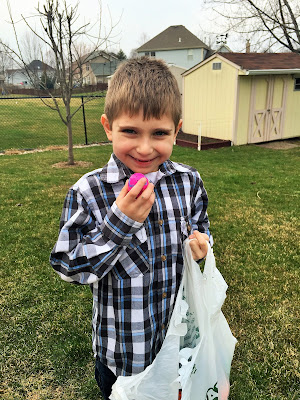 Some of the eggs had cold, hard cash inside. Henry really, really liked the money. In fact, he counted to twelve (correctly) for the first time today while counting money. Perhaps he'll be an accountant some day. (Or not. He wanted to spend all his money on the game machines at the Brat Stop today.) 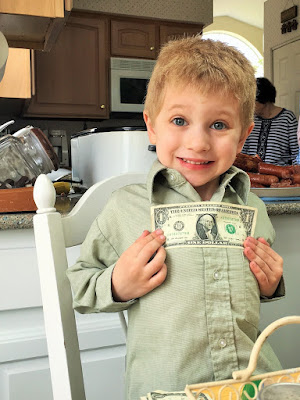 Nick played us "Ode to Joy" about seventeen times. He's quite persistant on that nice big piano. 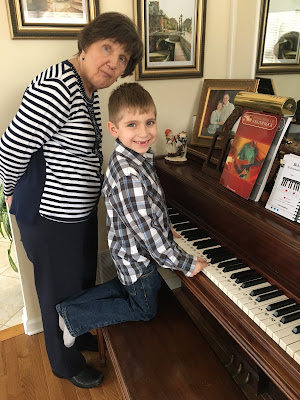 Henry played the piano too, although we couldn't quite recognize the tune he was trying to pick out. 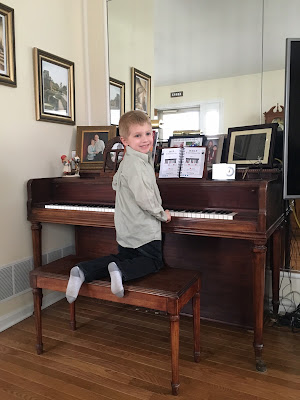 Despite the rainy weather, it turned out to be a pretty good Easter. 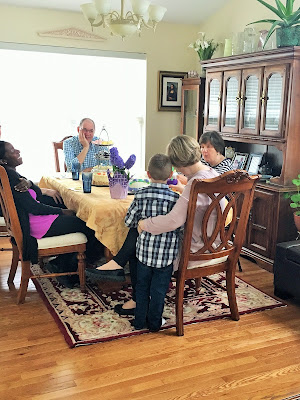 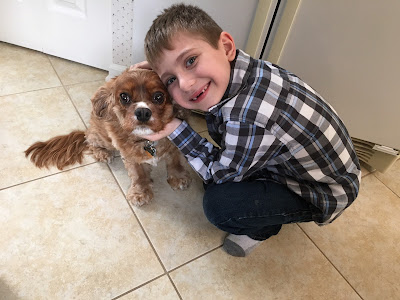