Here are the pictures from our Easter. . . a few weeks late. We had nice warm weather for the annual Easter Egg Hunt. 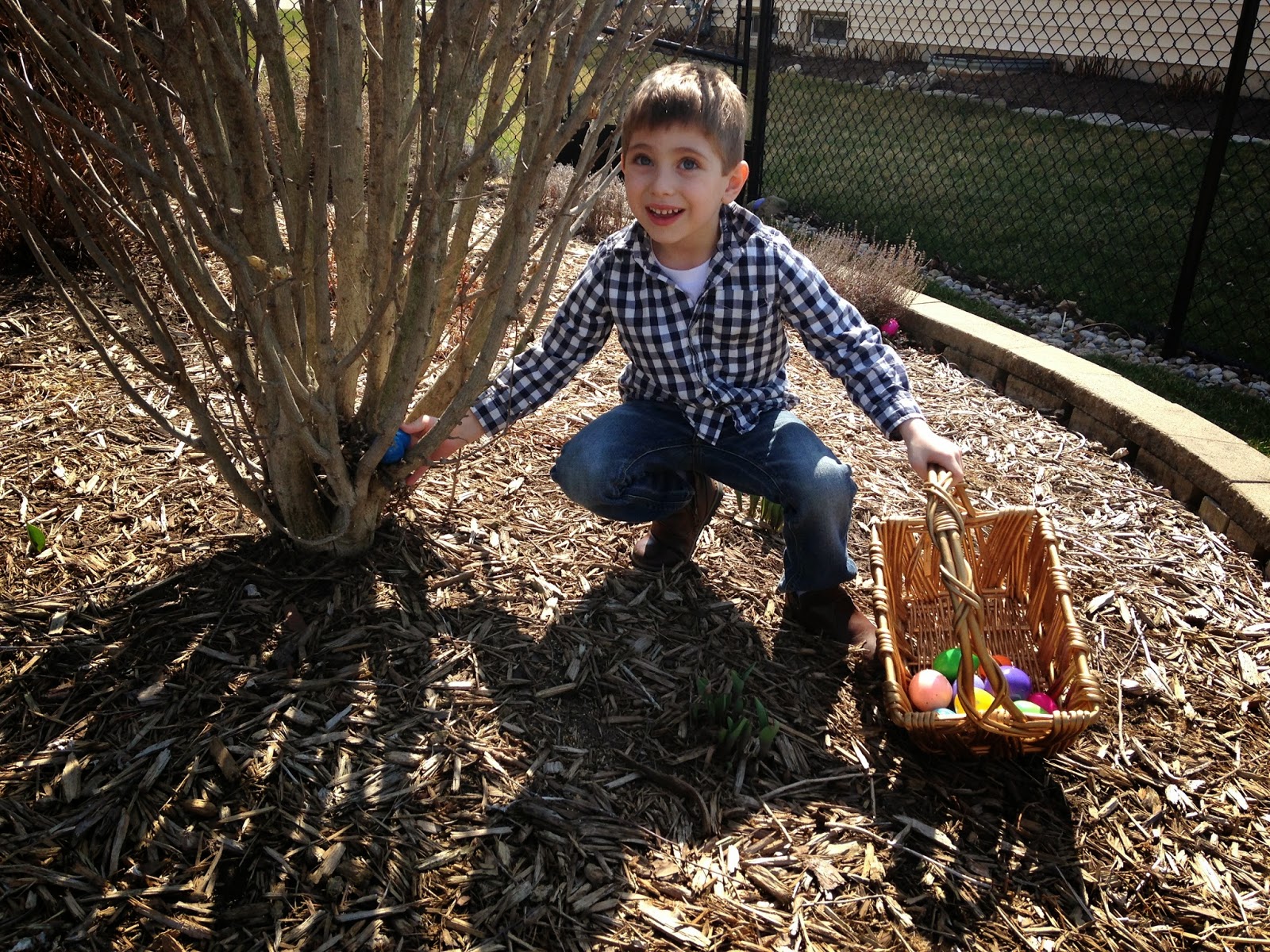 This year the egg hunting was over relatively quickly. Henry and Nick must be getting better at this; they were little boys on a mission. 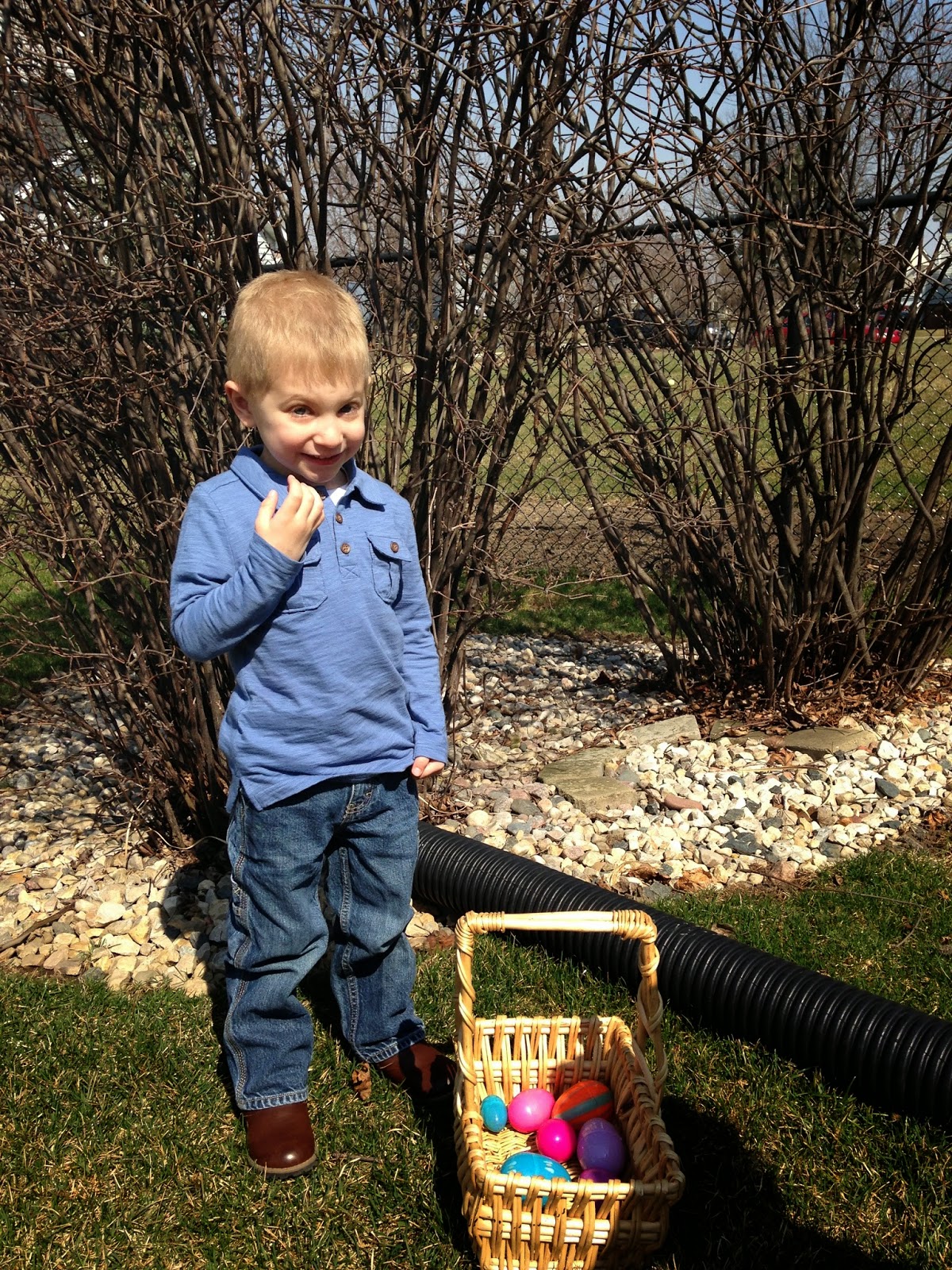 This year, the eggs were packed with non-meltable treats. Still delicious, though. 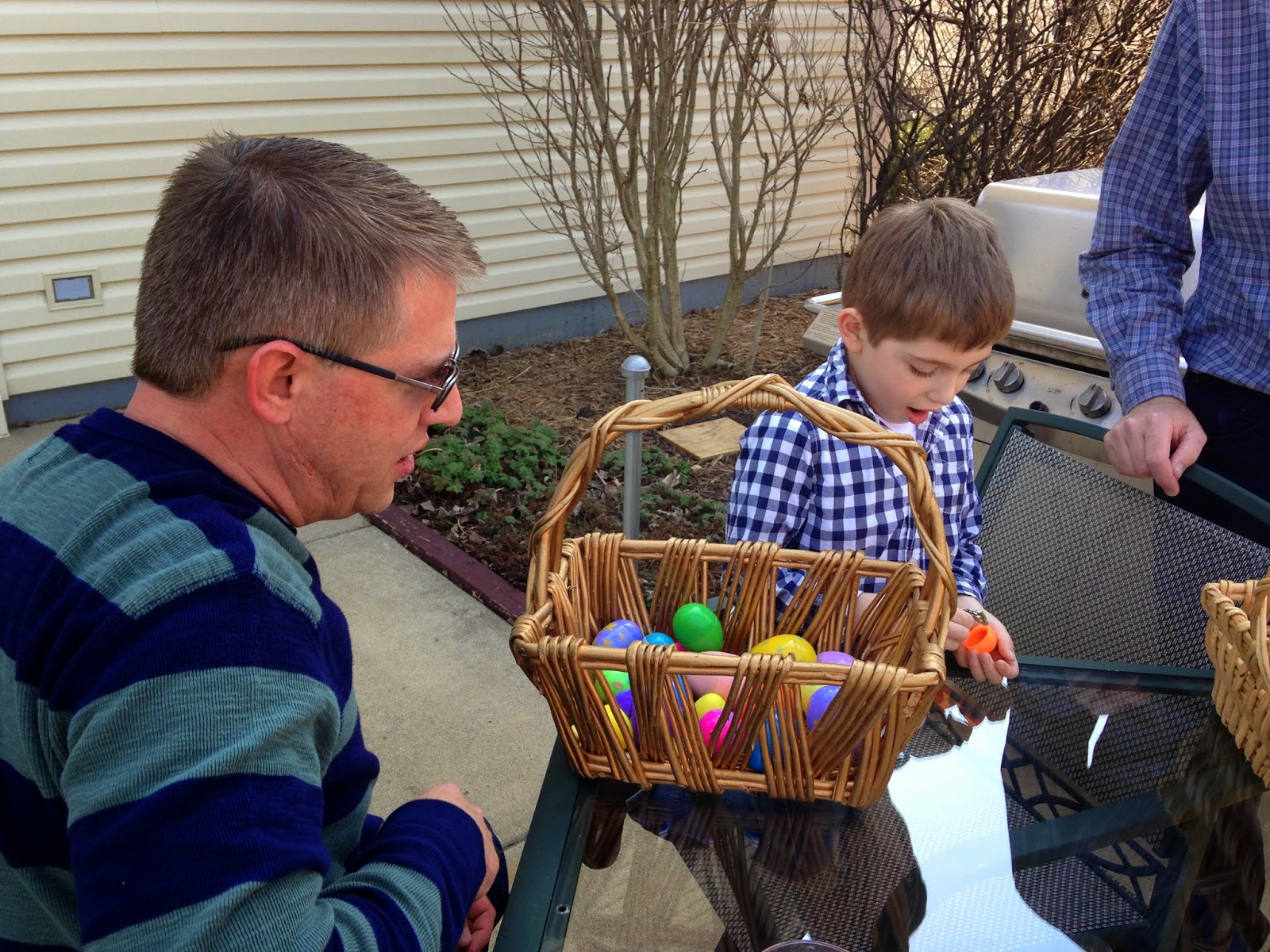 Henry was surprised to find cash in one of his eggs! We took it to the store the next week, and I tried to explain the concept of cash to him. I think I need to stop using my debit card so much, because Henry didn't get why they wouldn't give him the money back after we bought his light saber. (After all, they hand you back your card, so why not dollar bills?) 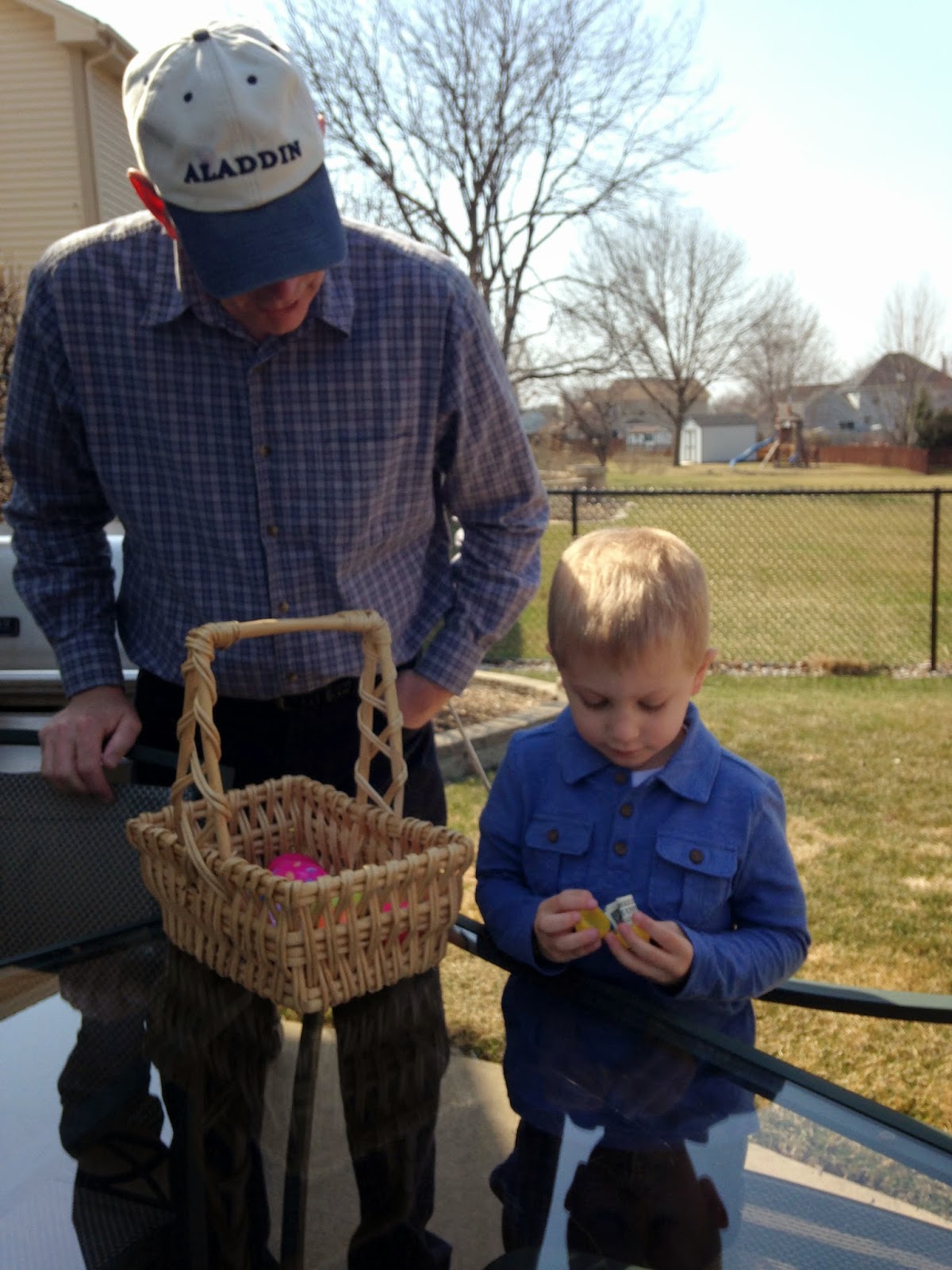 Chocolate bunnies were very popular for both boys. Telling them they couldn't eat the whole bunny in one sitting, though? That didn't go over so well.

Grandma Toni brought cool new balls for the boys to play with. 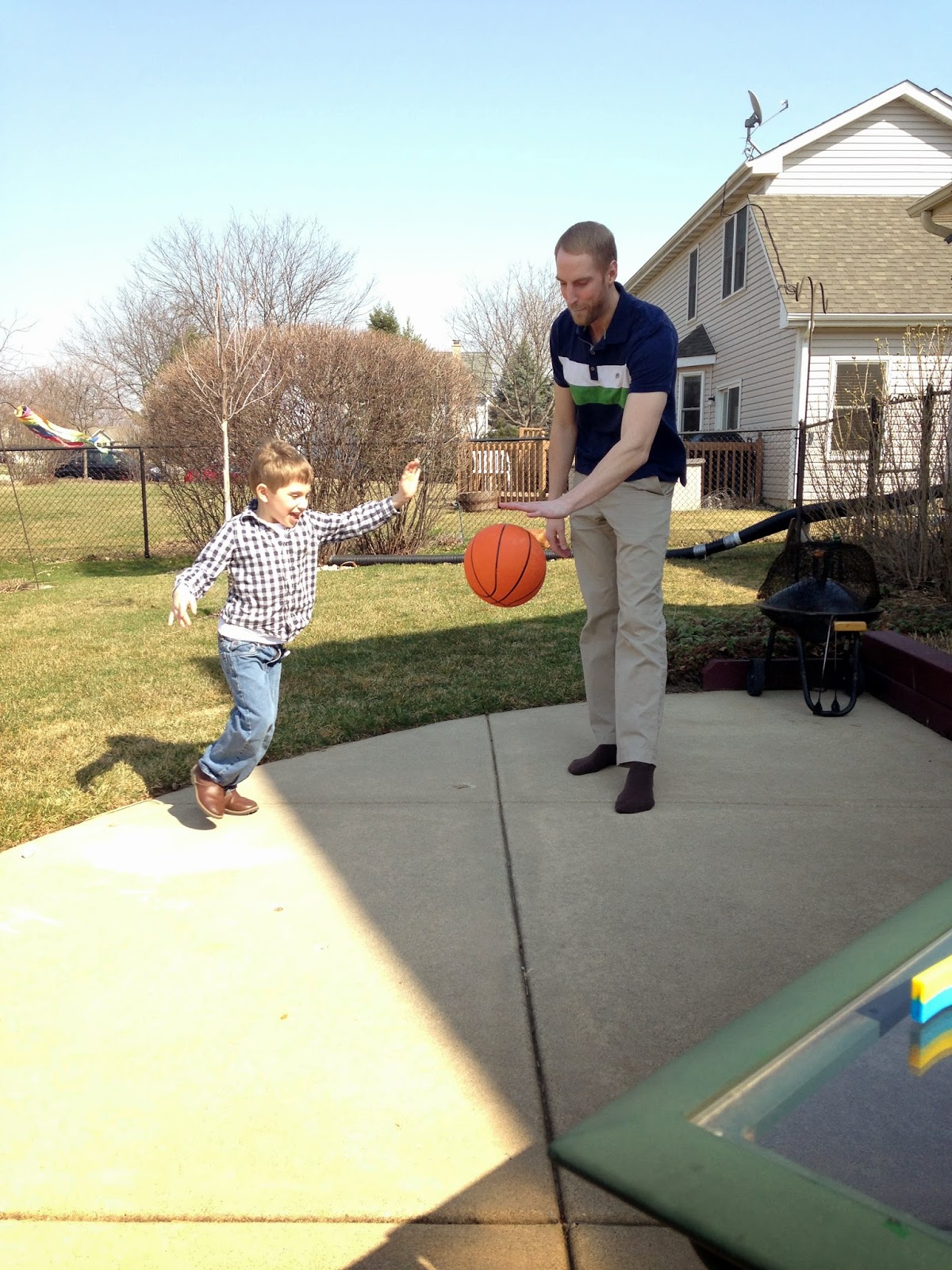 Nick had a great time playing basketball with his Uncle Justin. 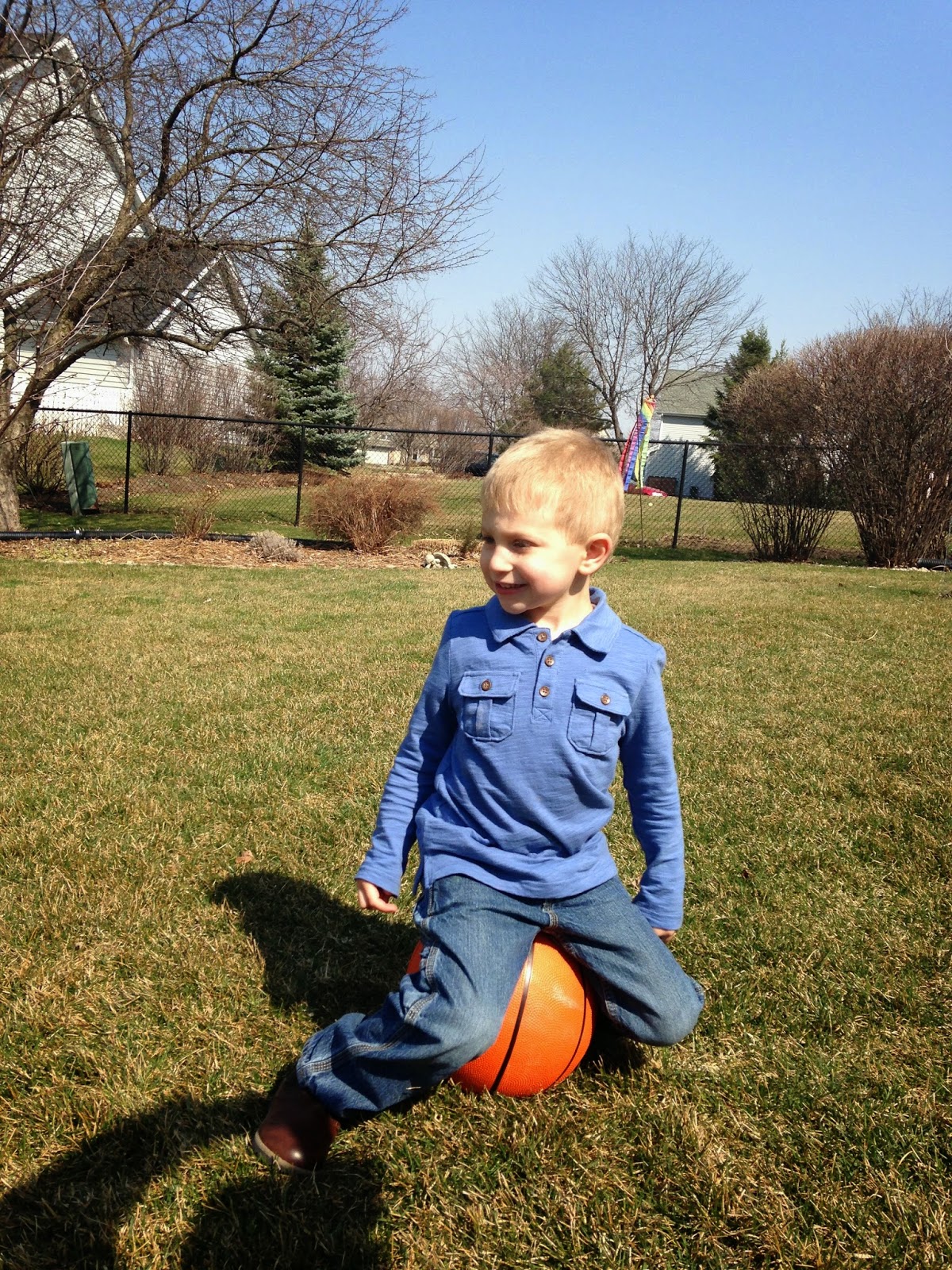 Grandma Linda supervised a few art projects. She even had a glue stick! 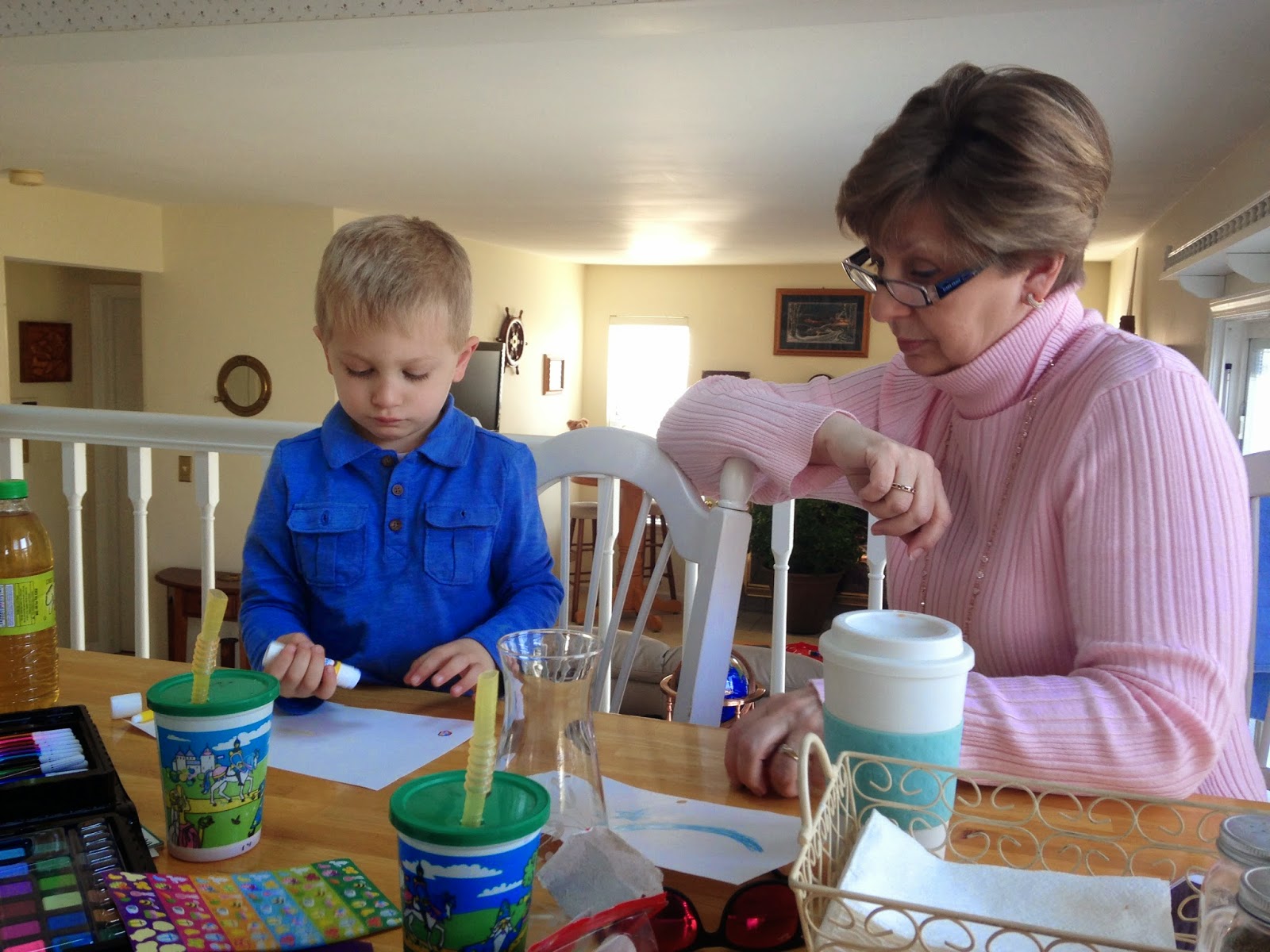 It was a nice Easter, overall. I wish we'd had that kind of weather this weekend. 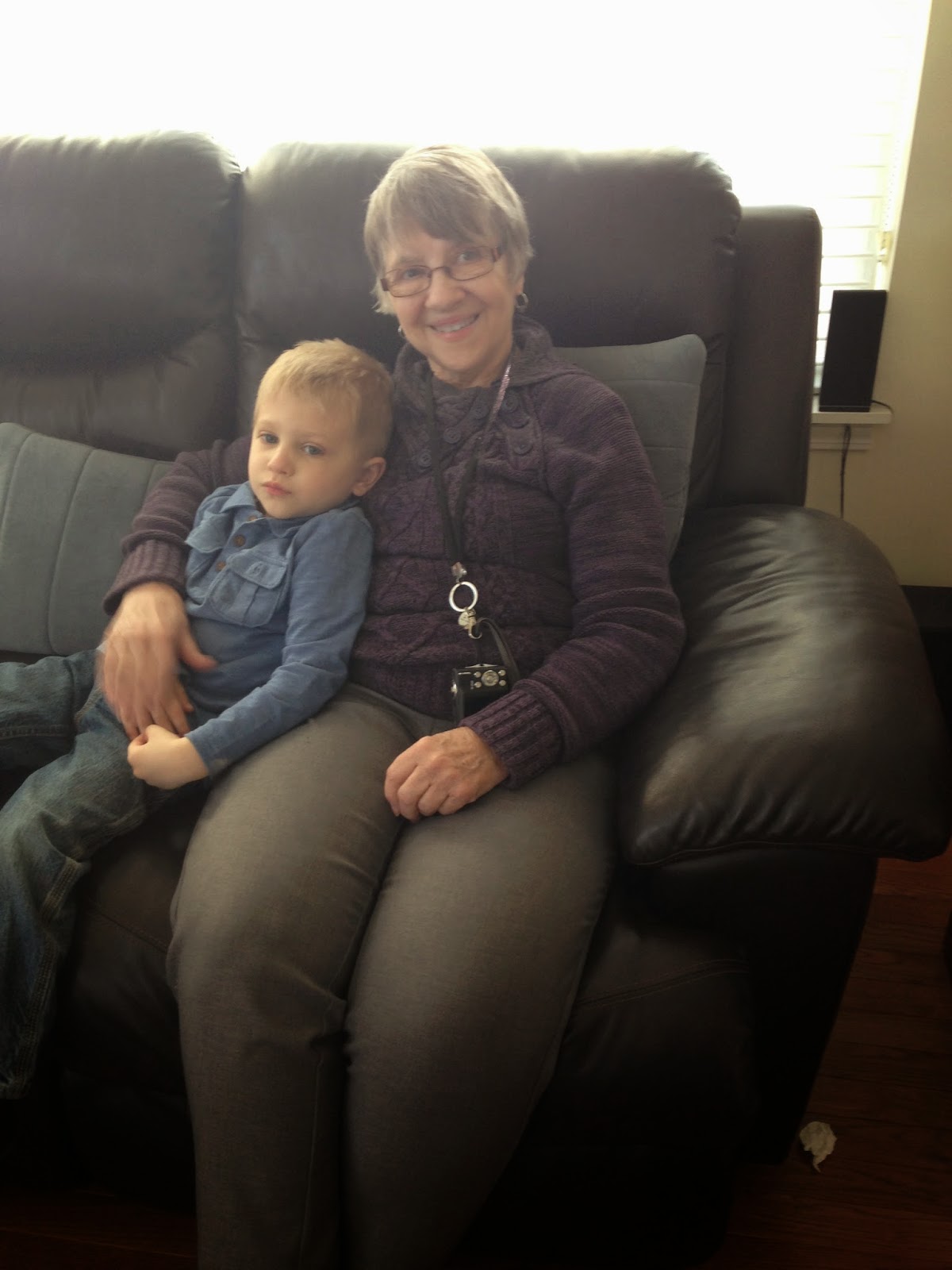 We even got a few nice family shots in before going home, though it took many, many takes to get both of them smiling and (sort of) looking at the camera. 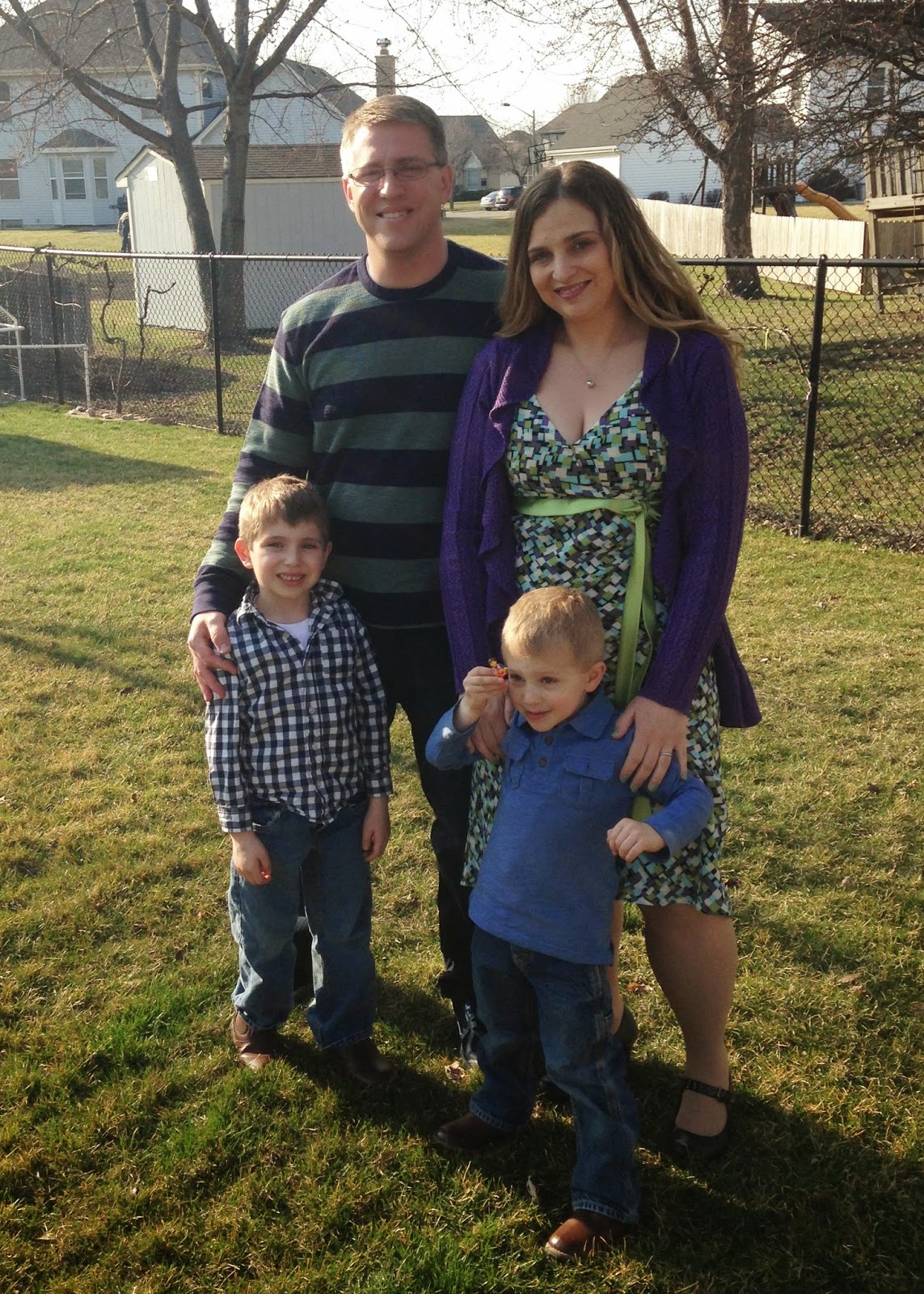