This morning we woke up to lots and lots of snow. I felt bad for the people who were trying to get their cars out of their driveways, because you couldn't really tell where the road was under all that snow. 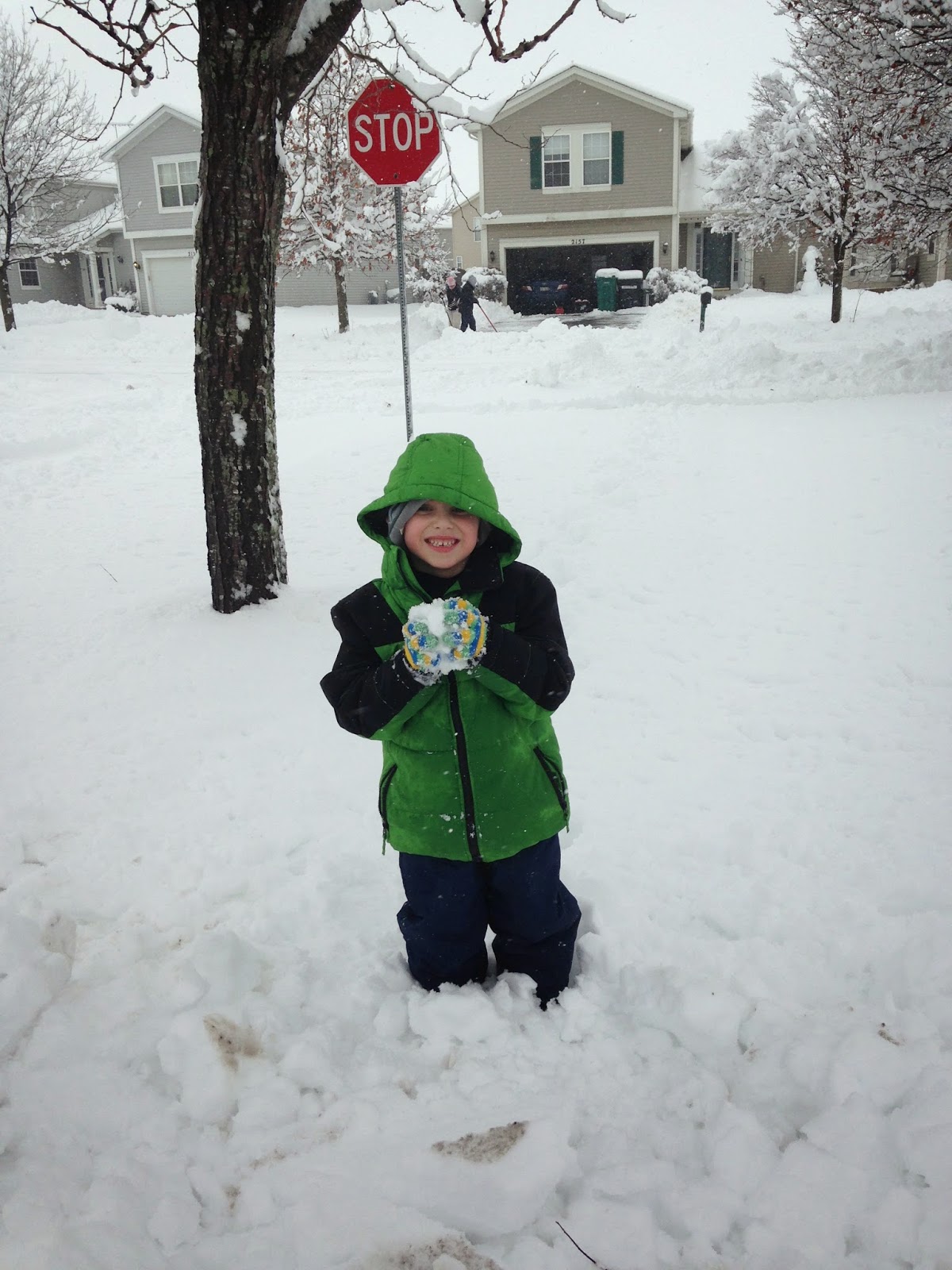 It kept snowing all through the day; in fact, it's still snowing now. A little before noon we decided to go out and shovel. 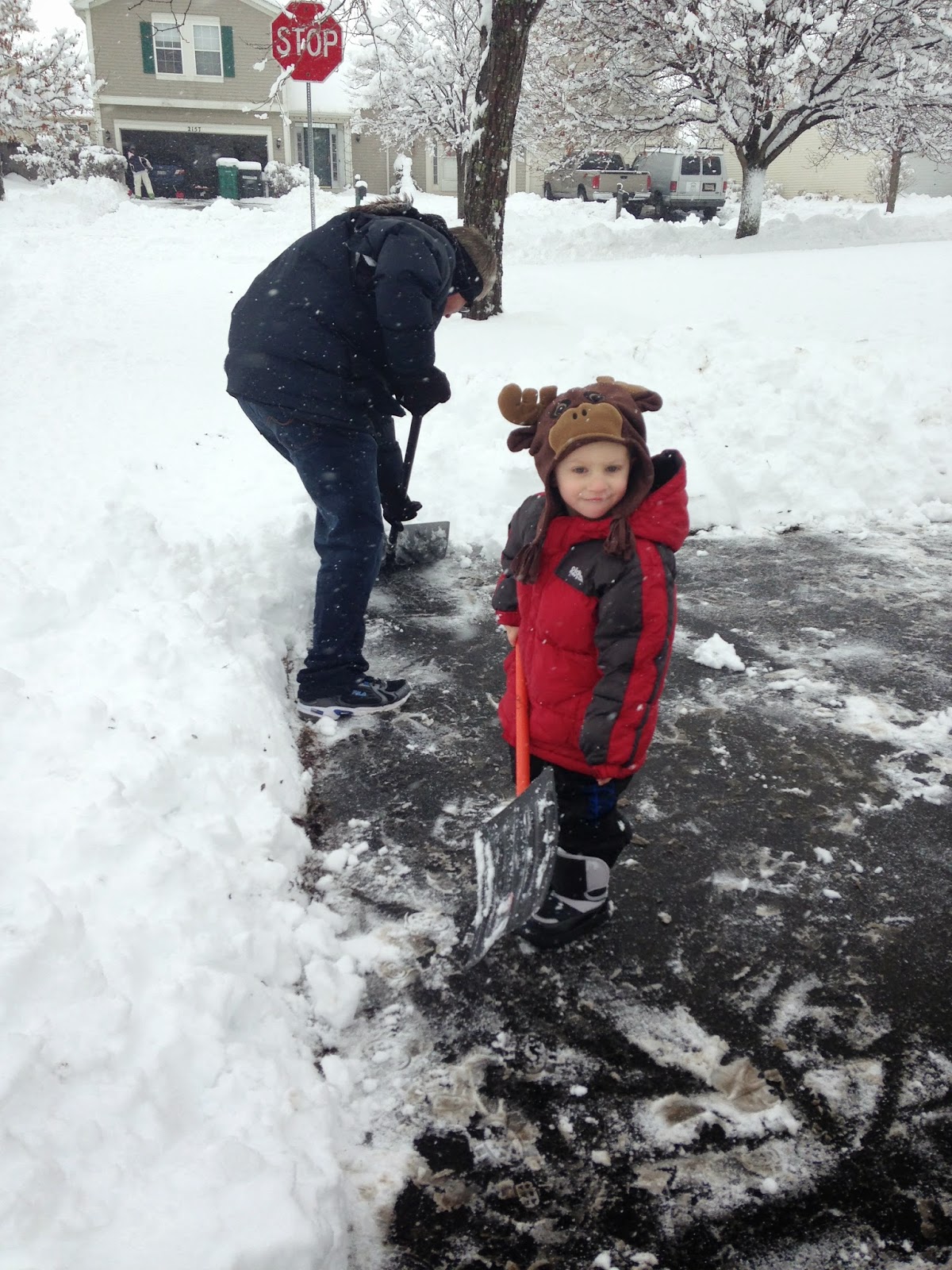 Winter is not really my thing, but I can't resist the cuteness of kids playing in the snow. 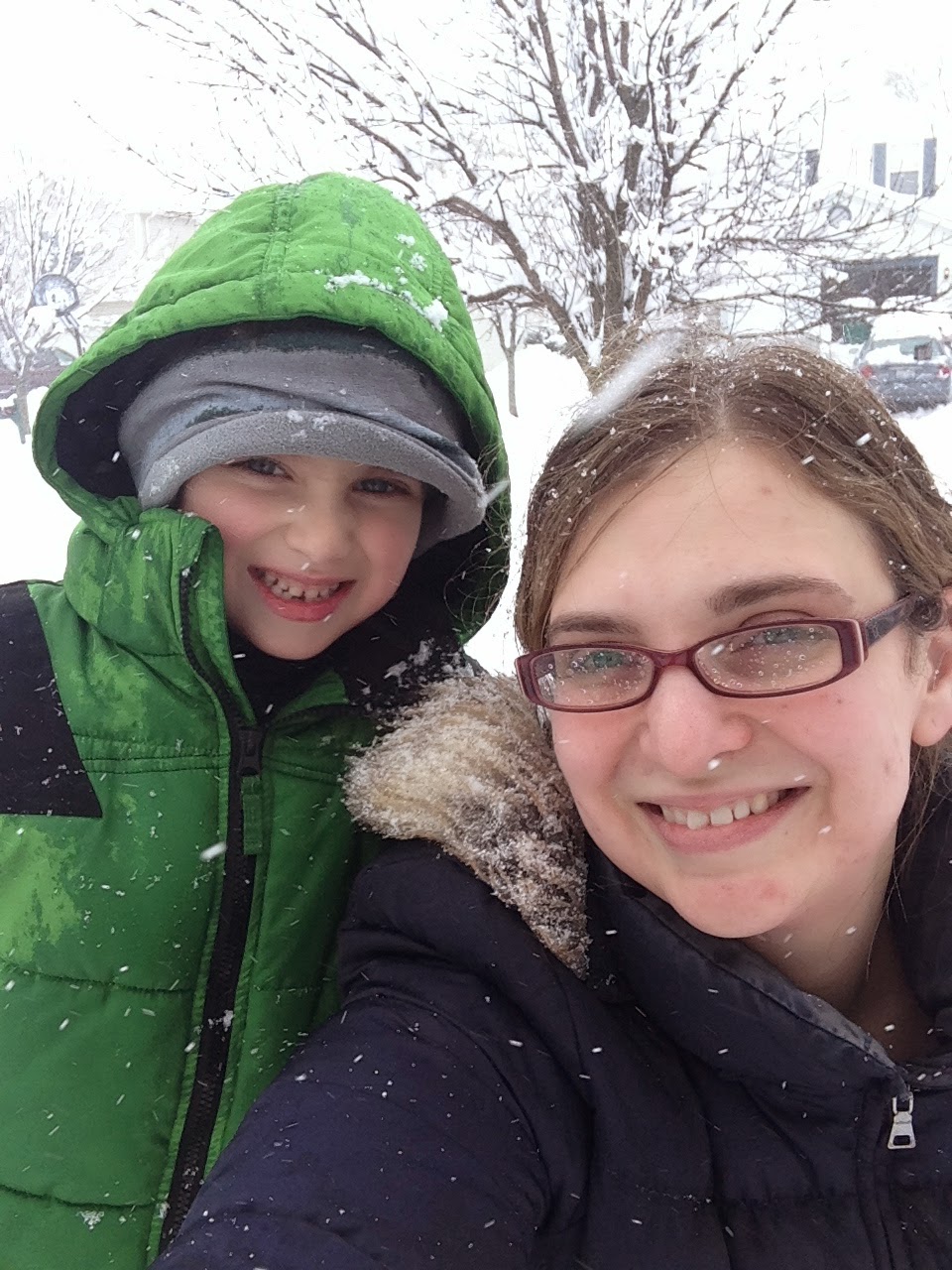 The boys "helped" with the shoveling. It's days like today that we wish we had a snow blower. Greg did most of the shoveling, though I helped a bit. I'm not sure we can call what Henry was doing shoveling, but hey, he was trying to help.

Nick's technique was slightly better, though I don't know if any more snow was moved.


This snow was wet and very heavy. However, it wasn't too cold out, so the boys stayed out for well over an hour. 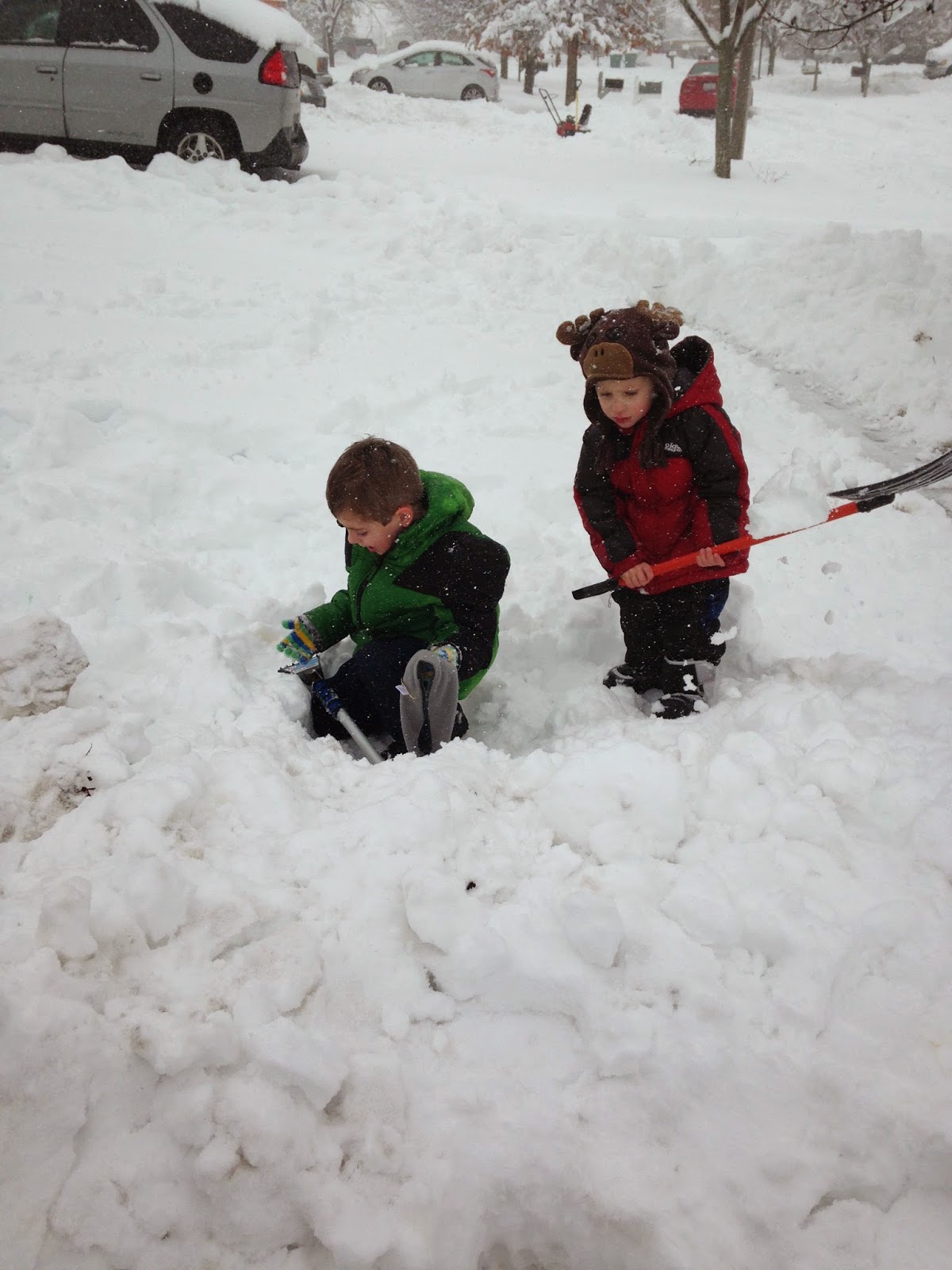 Every time I would put Henry's gloves on, he'd take them off. "I don't like wet gloves," he said. 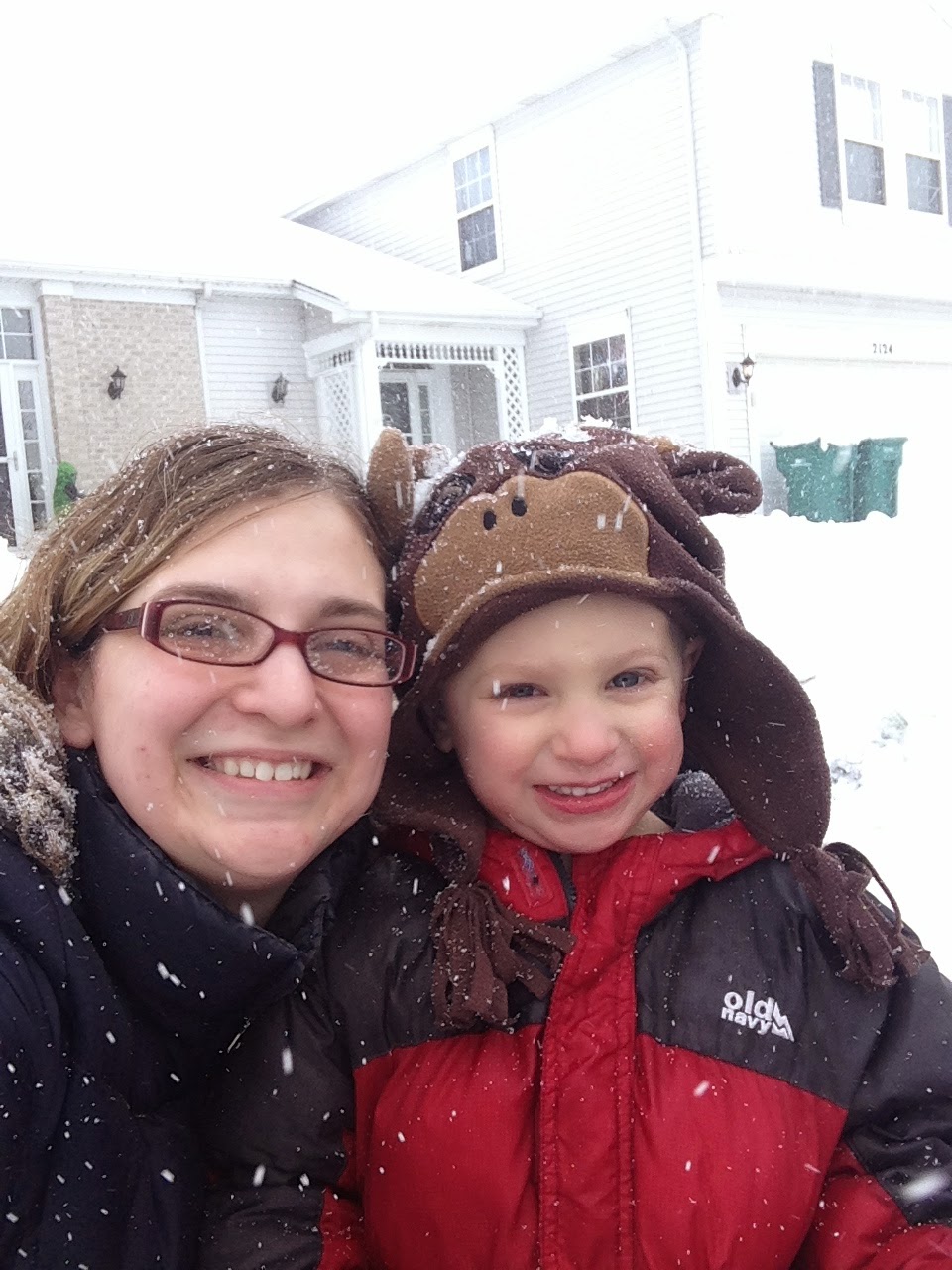 Besides shoveling, there was also some snowball-throwing. 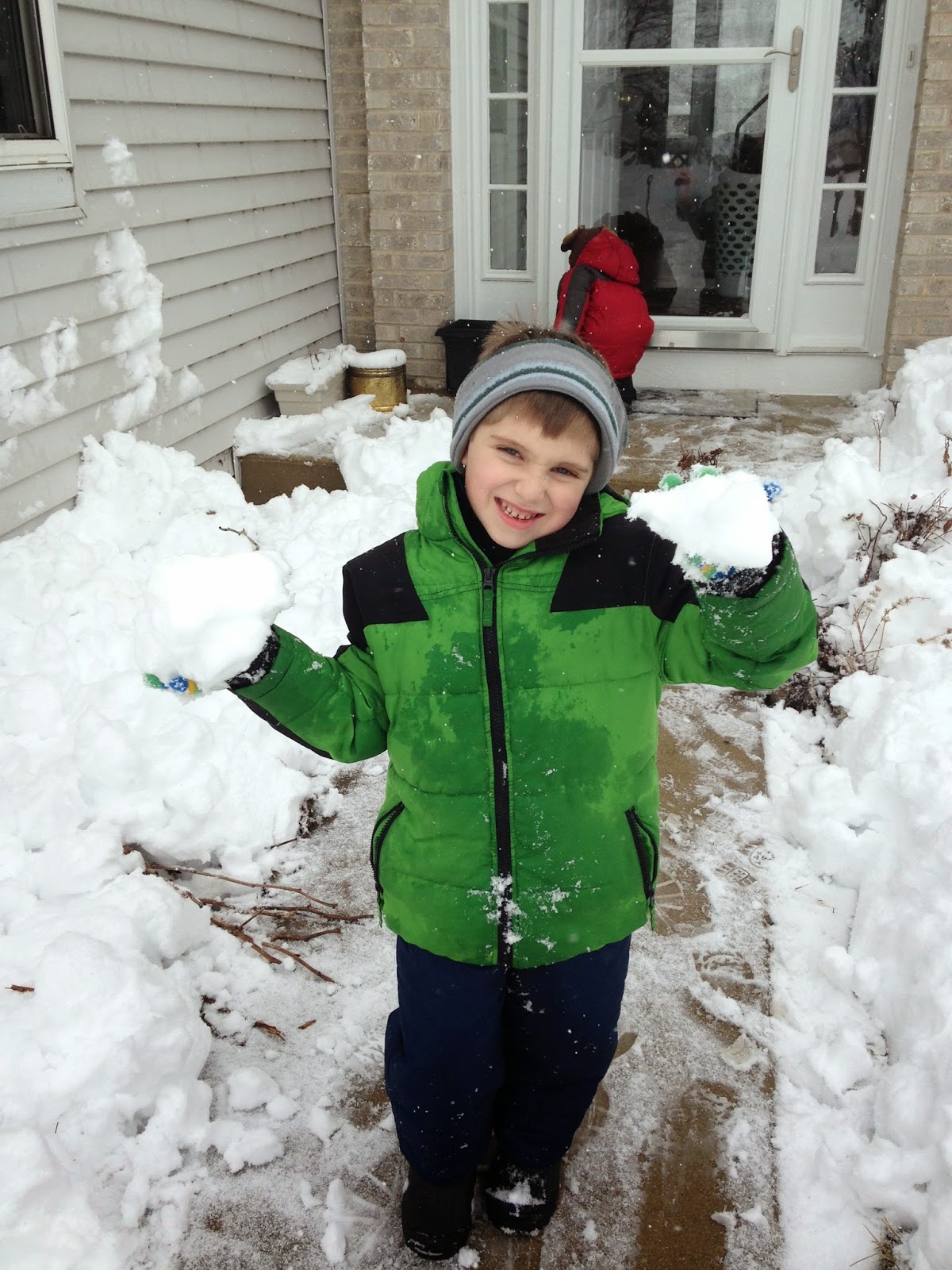 I snapped this picture just seconds before Nick got me with a big old snowball. 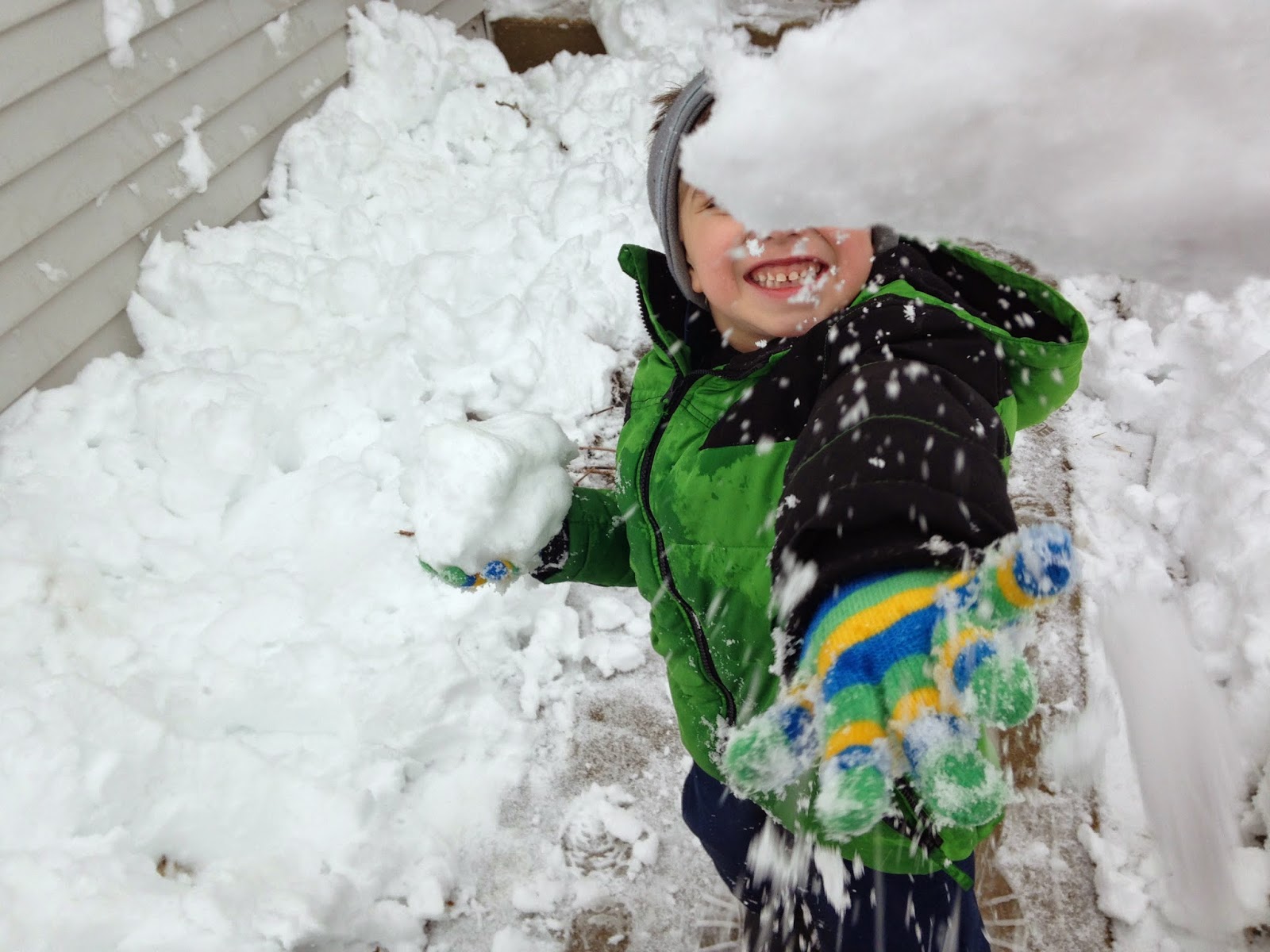 It's a very good thing they cancelled school for tomorrow, because plows have yet to visit our side street. Our street is a cul-de-sac, too, so they always plow us last. 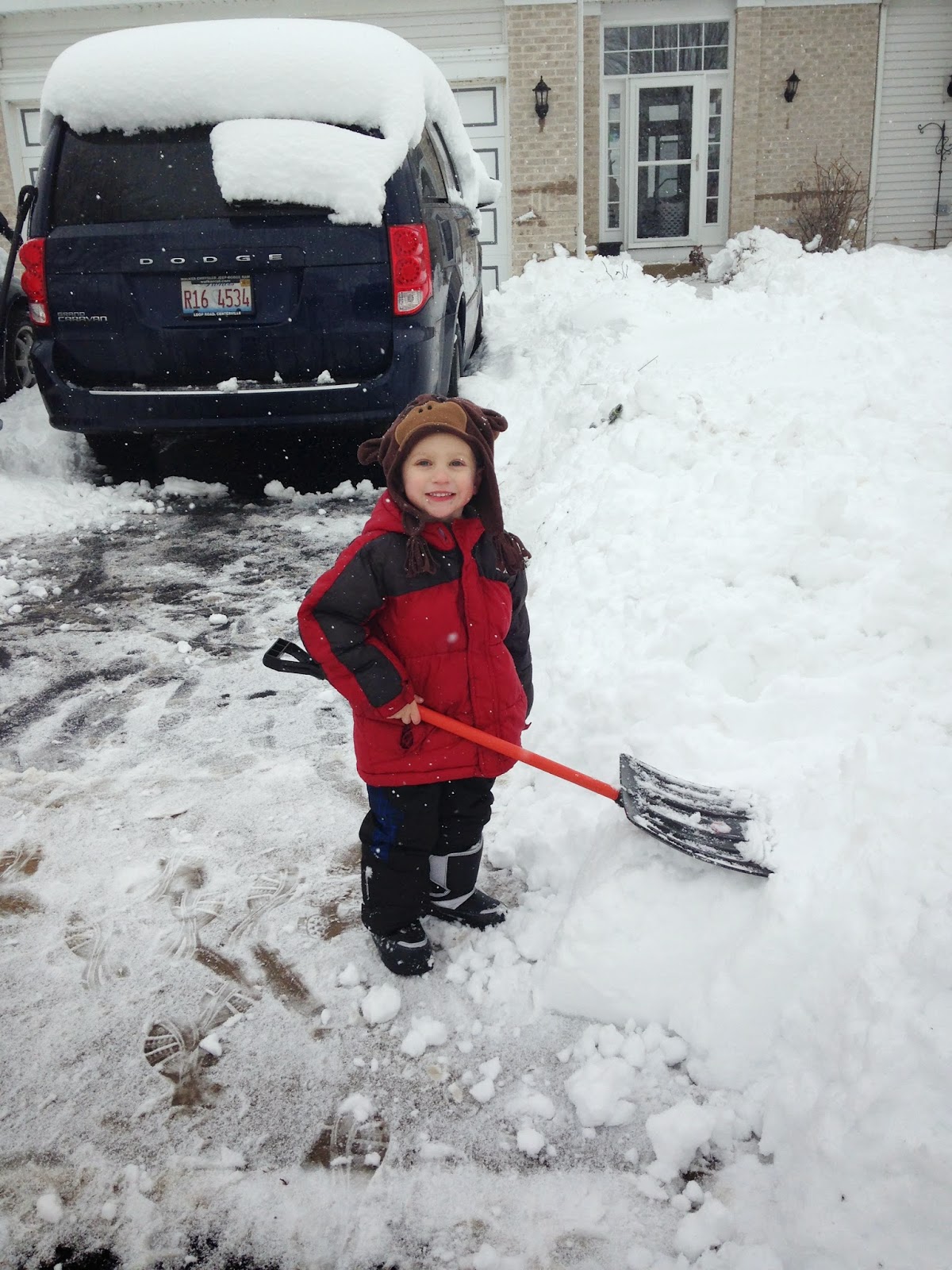 I don't think the boys will mind one bit getting another day to play in the snow. Especially if they can play like this. . .