Nick's elementary school had a Christmas event last weekend, and I took the boys to have some fun. 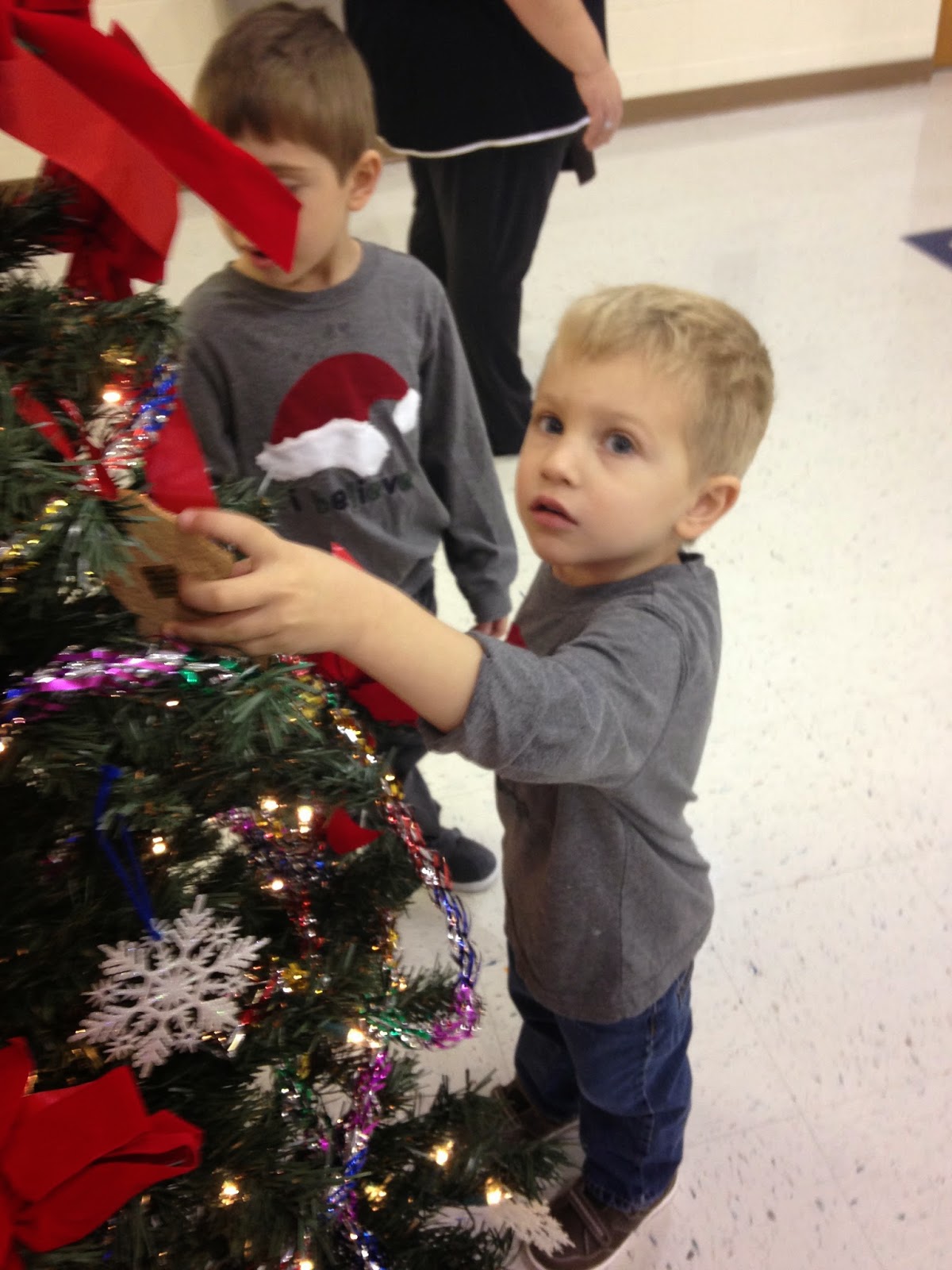 There were donuts and milk for snacking. . . 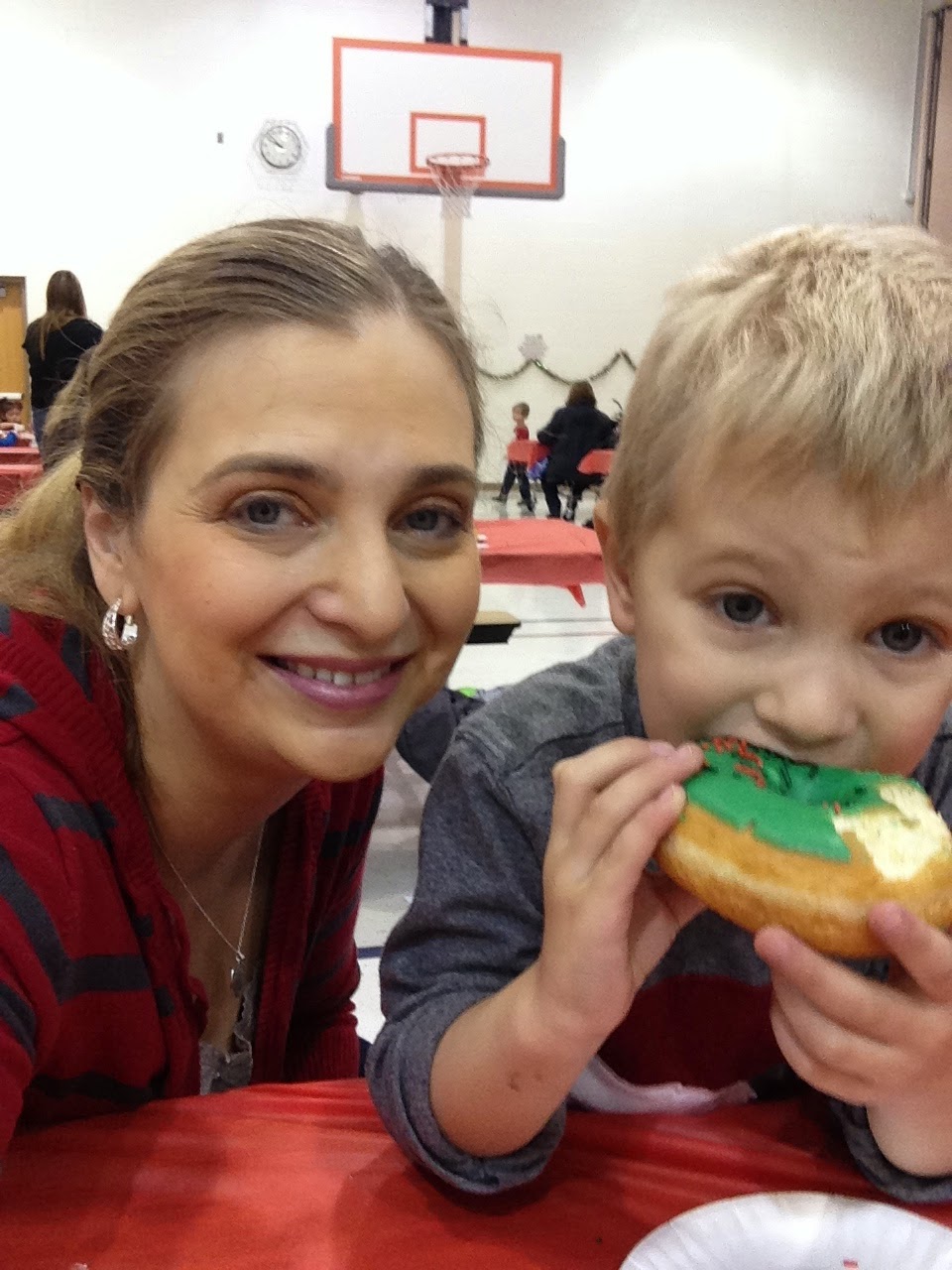 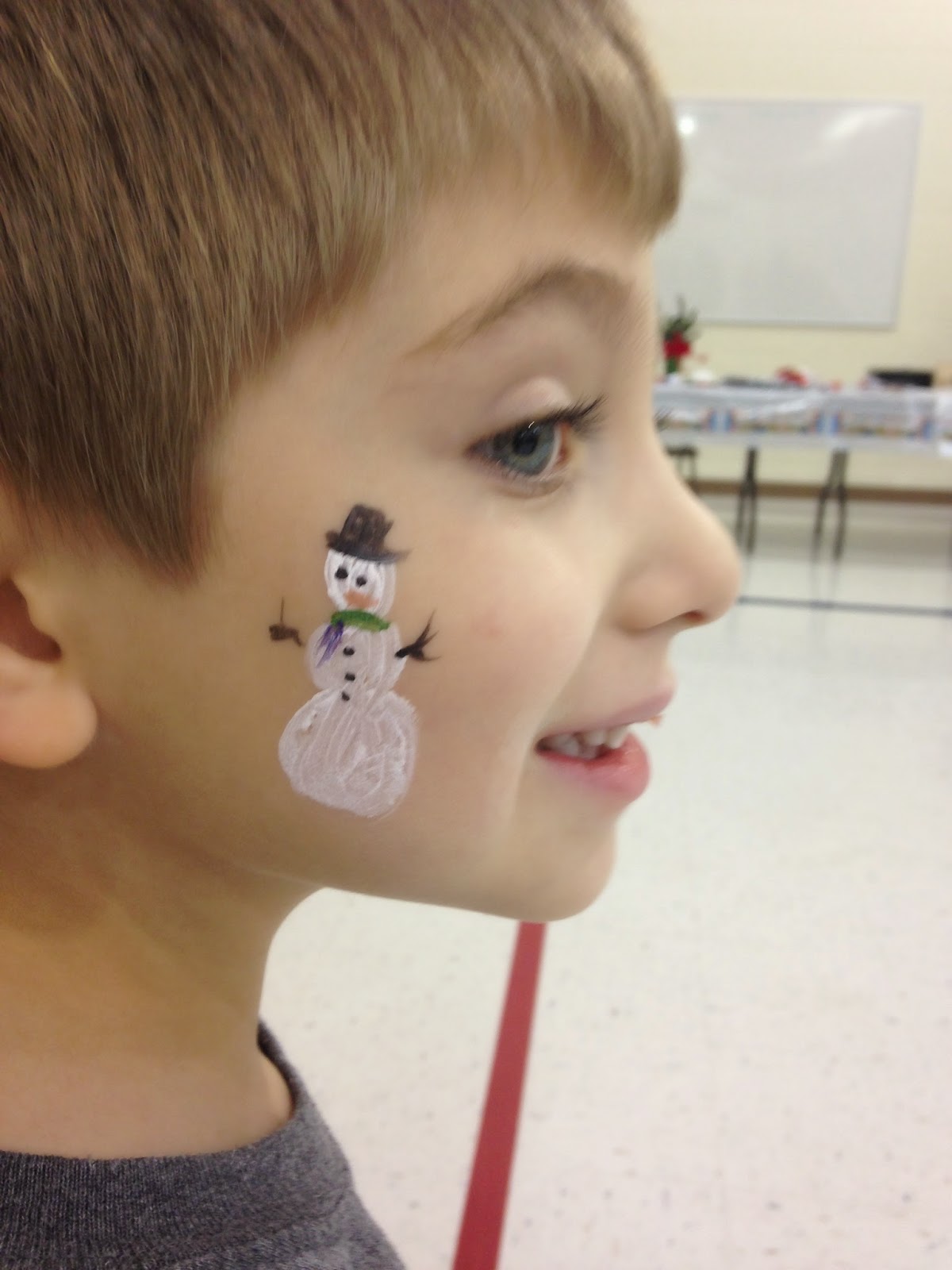 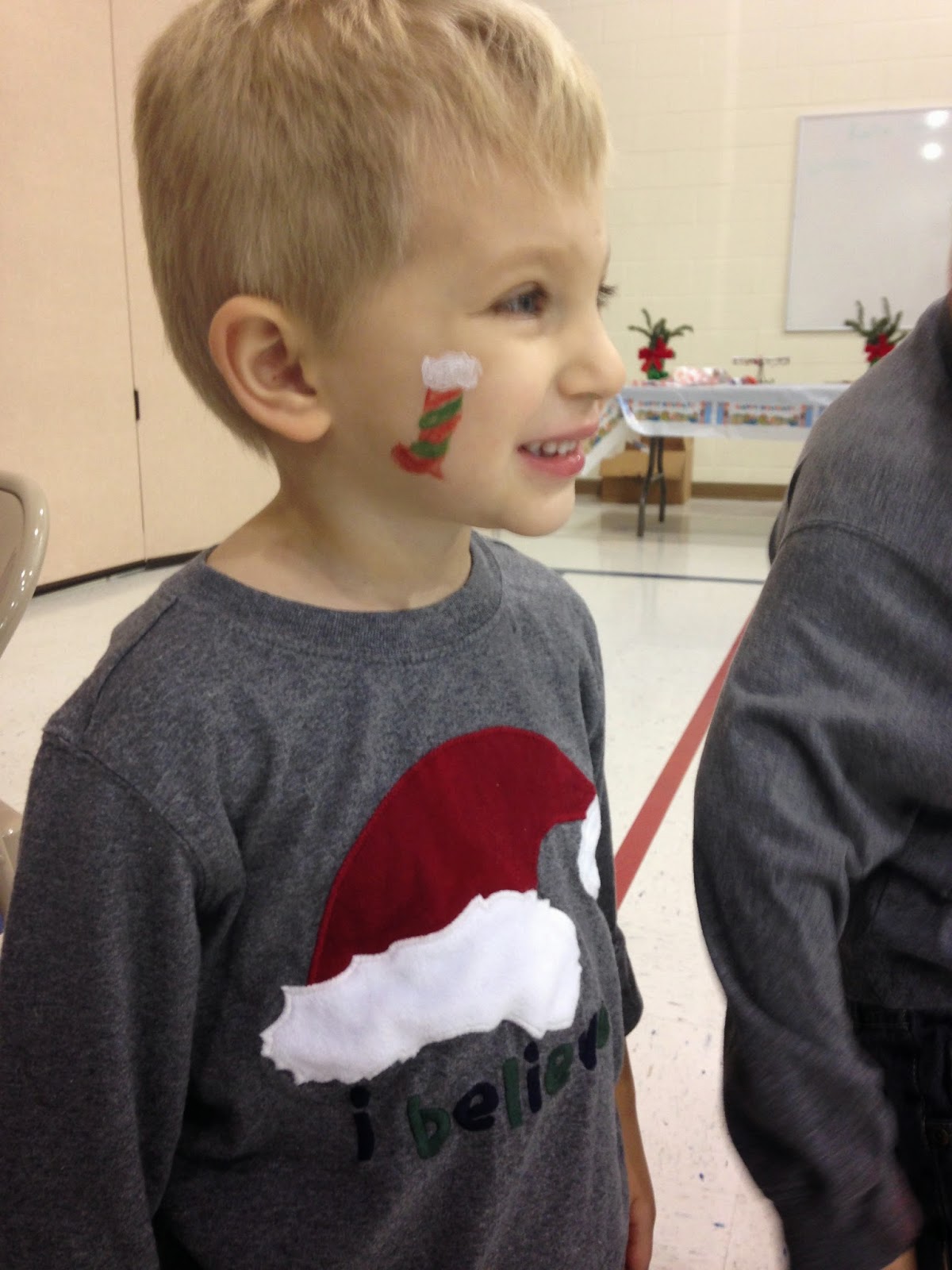 They played "Throw the ping-pong ball in the goldfish bowl." 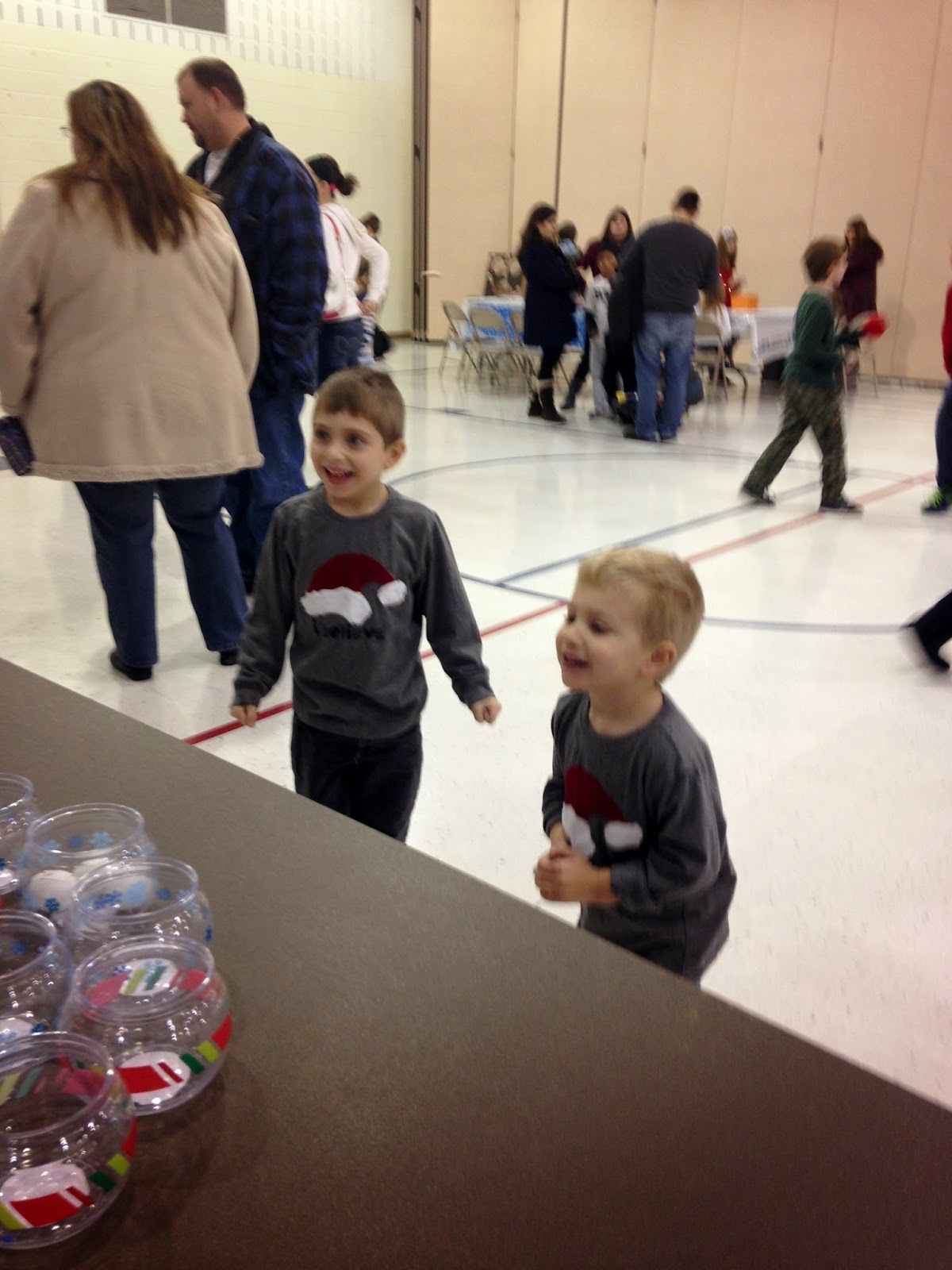 Nick played this game where he had to try to pick up the bottle. He cheated a bit, . . . 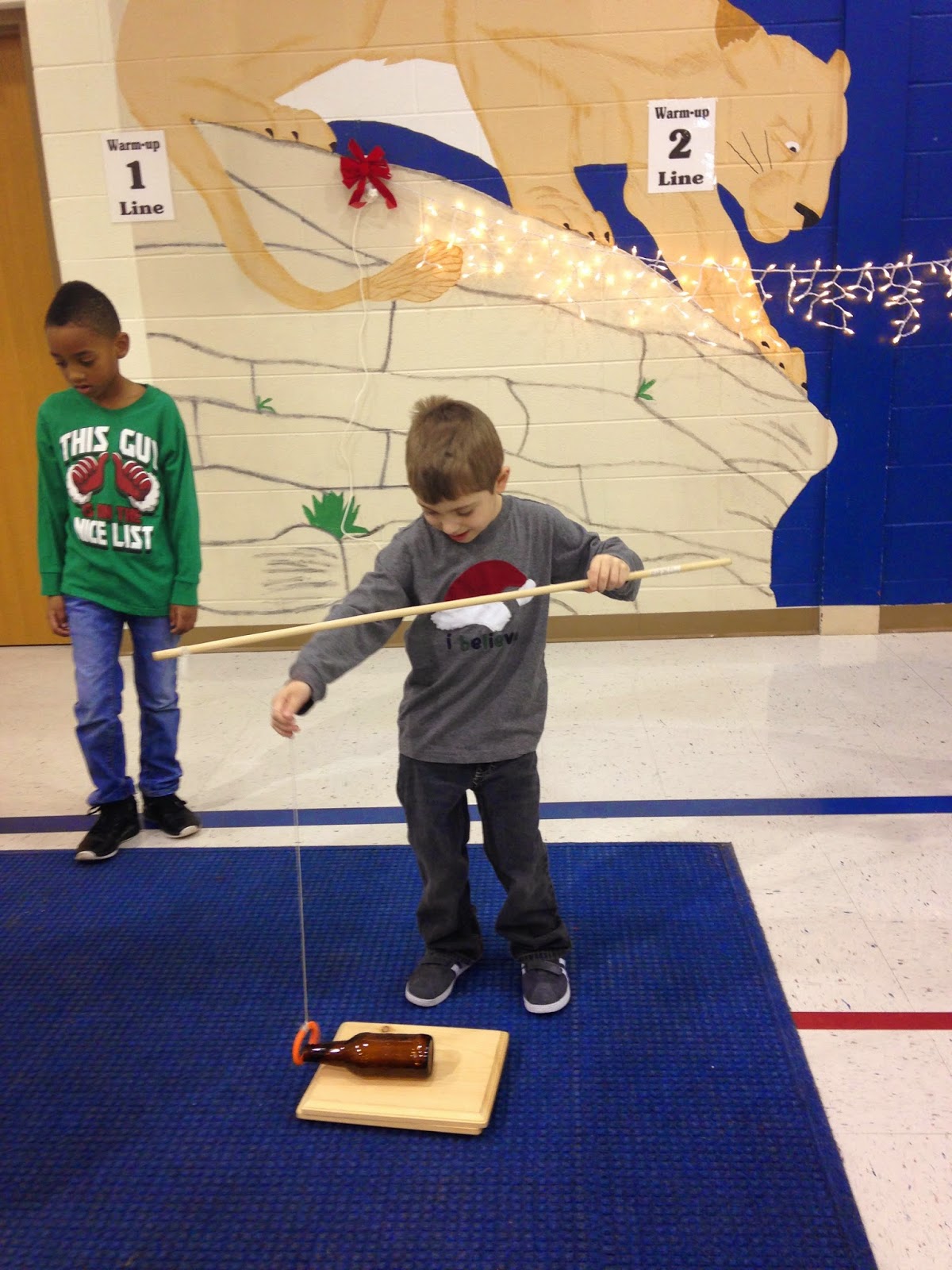 . . . but not as bad as Henry. He cut out the dexterity part entirely. 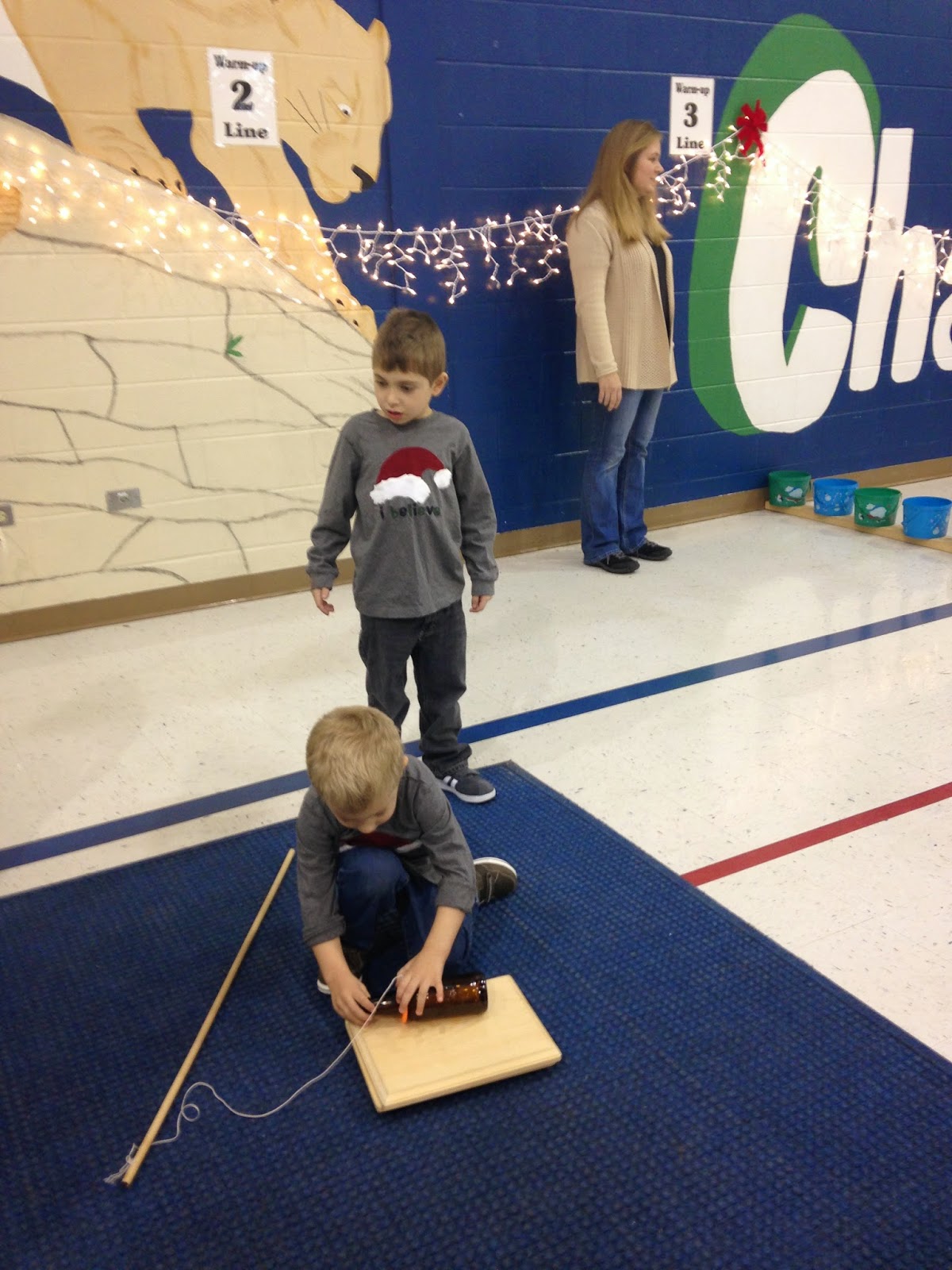 The boys decorated cookies, which was both fun and delicious, though not very nutritious. 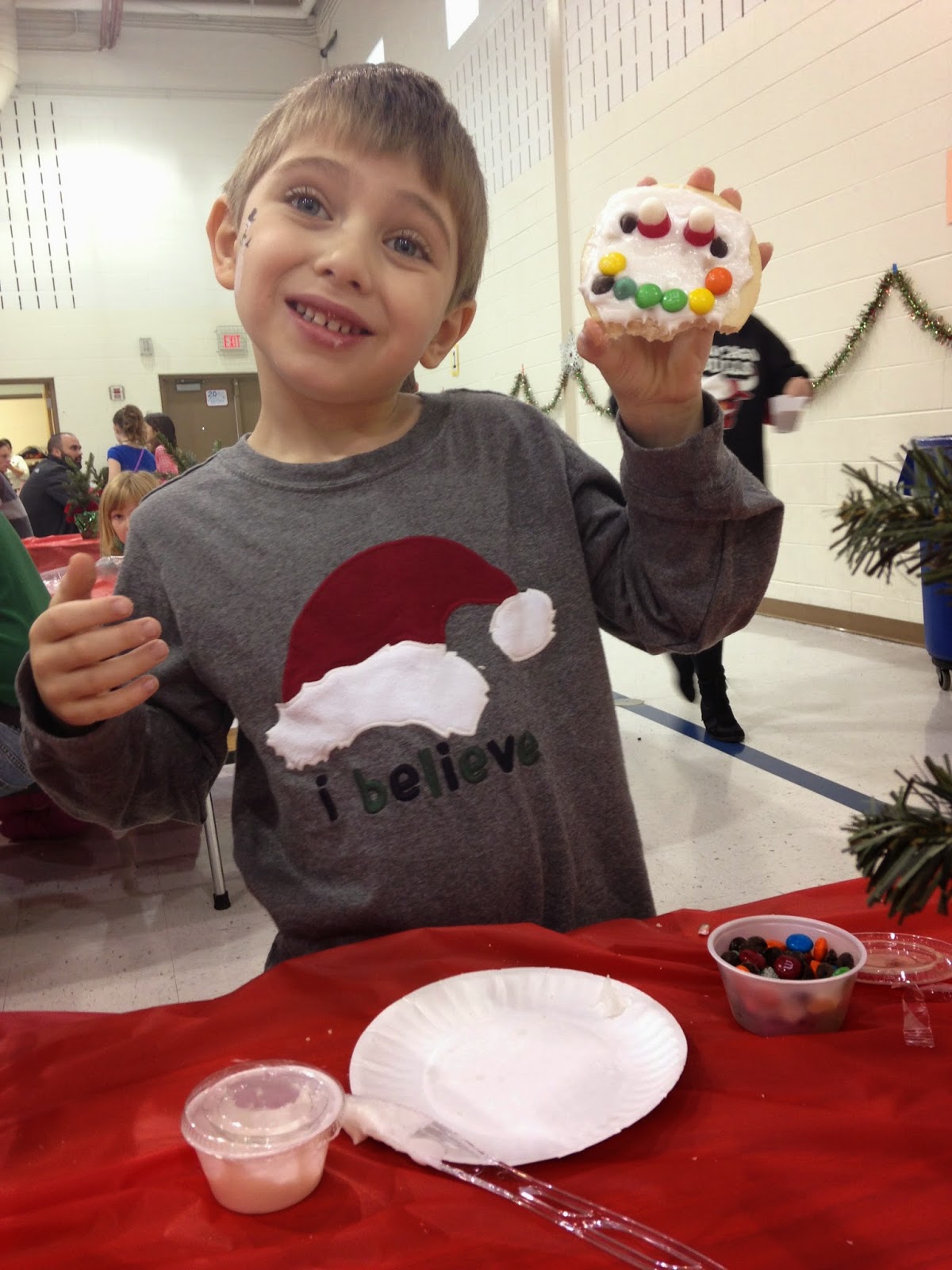 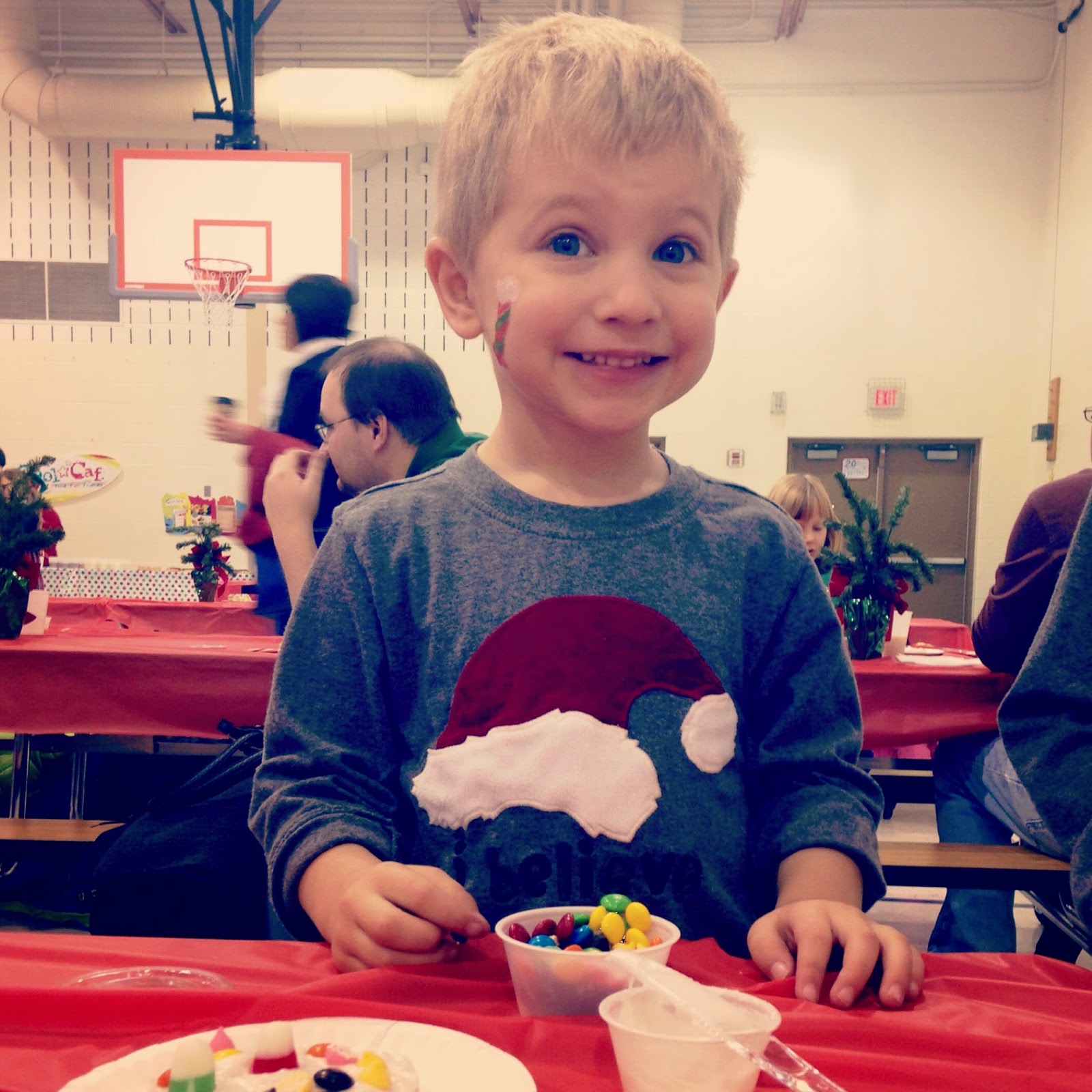 I called it candy mountain. 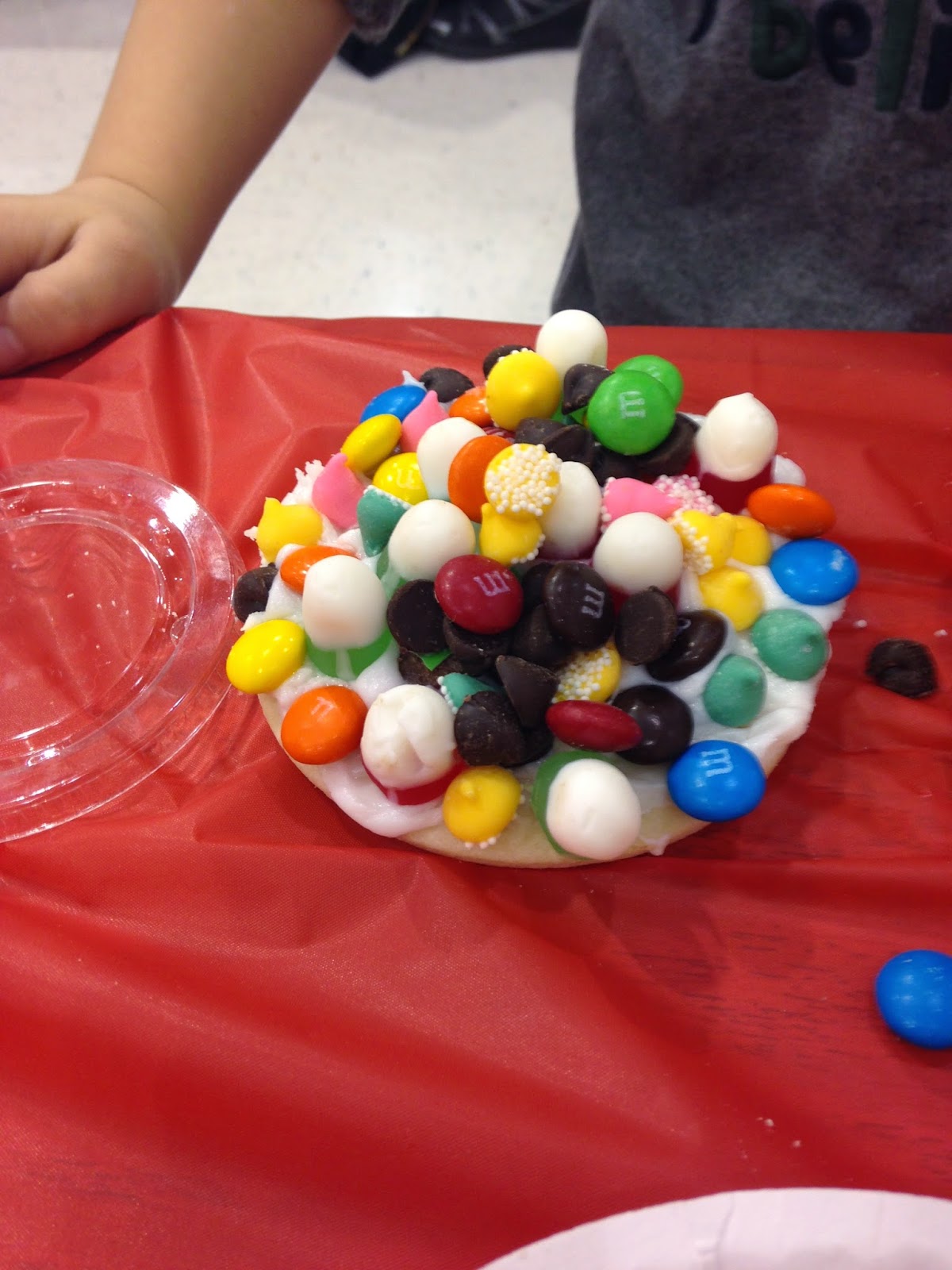 I think this picture turned out cuter than the official one from the mall Santa. It didn't cost $27 either! Maybe next year we'll skip the mall and go for free pictures with Santa. 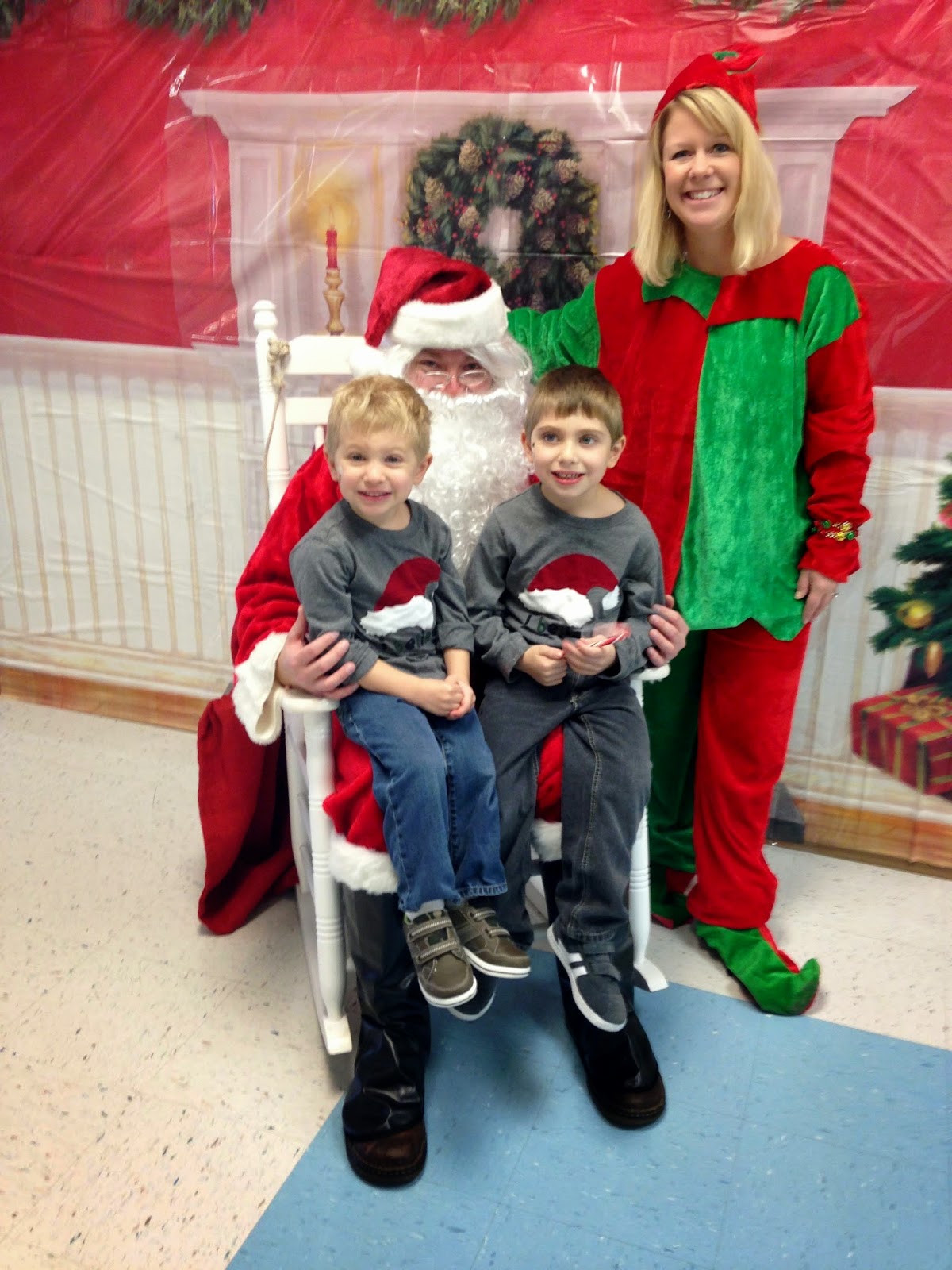