Nicholas had a birthday party!

This year, Nick asked for a Star Wars party. We gave him his wish, and the entire evening was Star Wars themed. 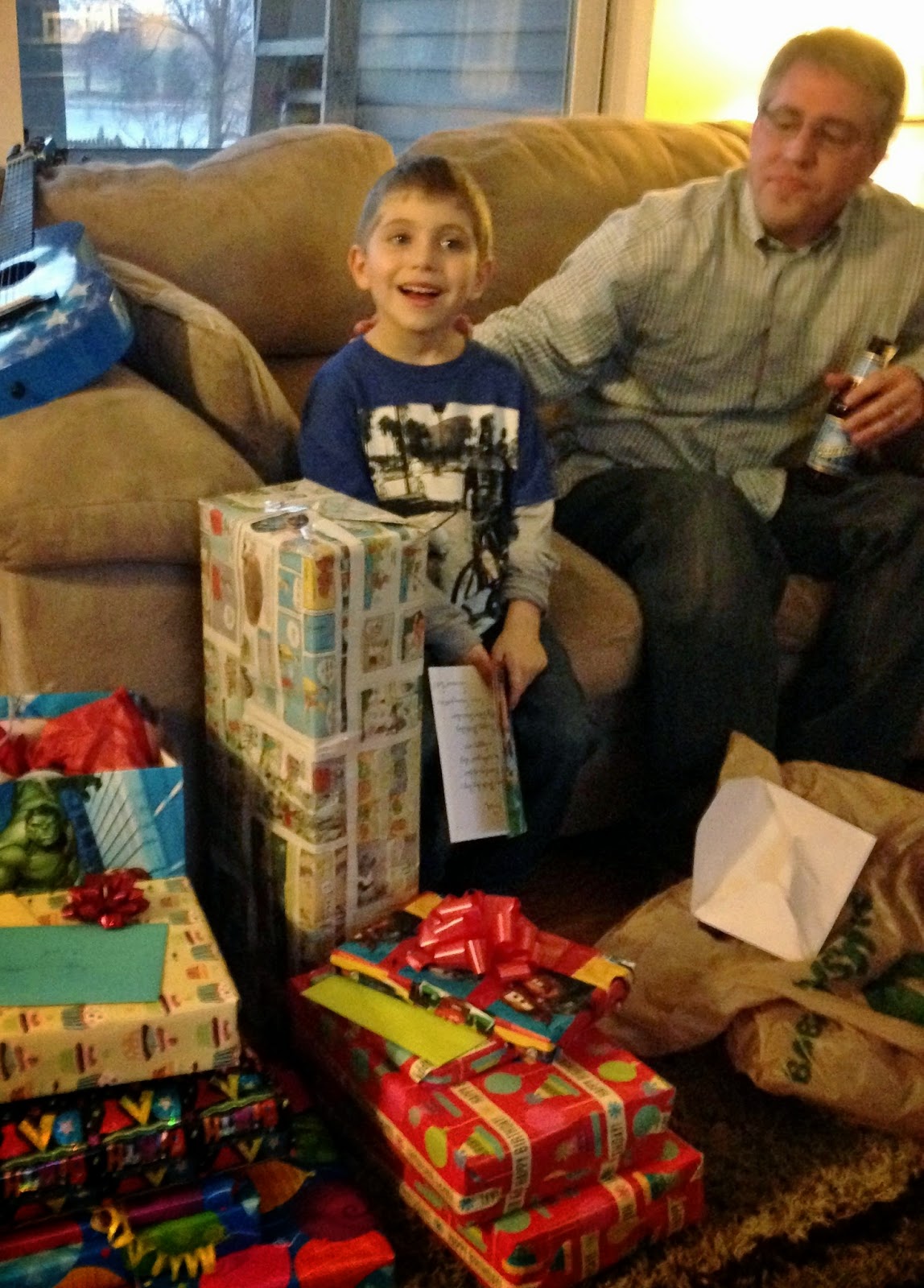 I baked cupcakes and added these star wars figures on top. Nick picked the decorations out himself, and I made chocolate, banana, and mascarpone-strawberry cupcakes. 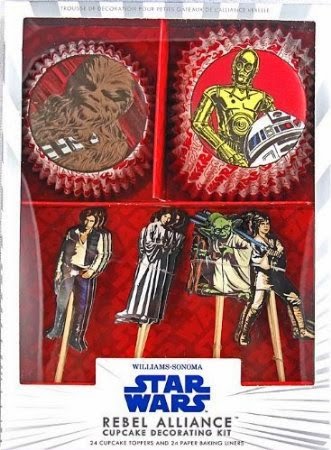 The cupcakes turned out looking great, and for half the price I usually spend at the bakery. 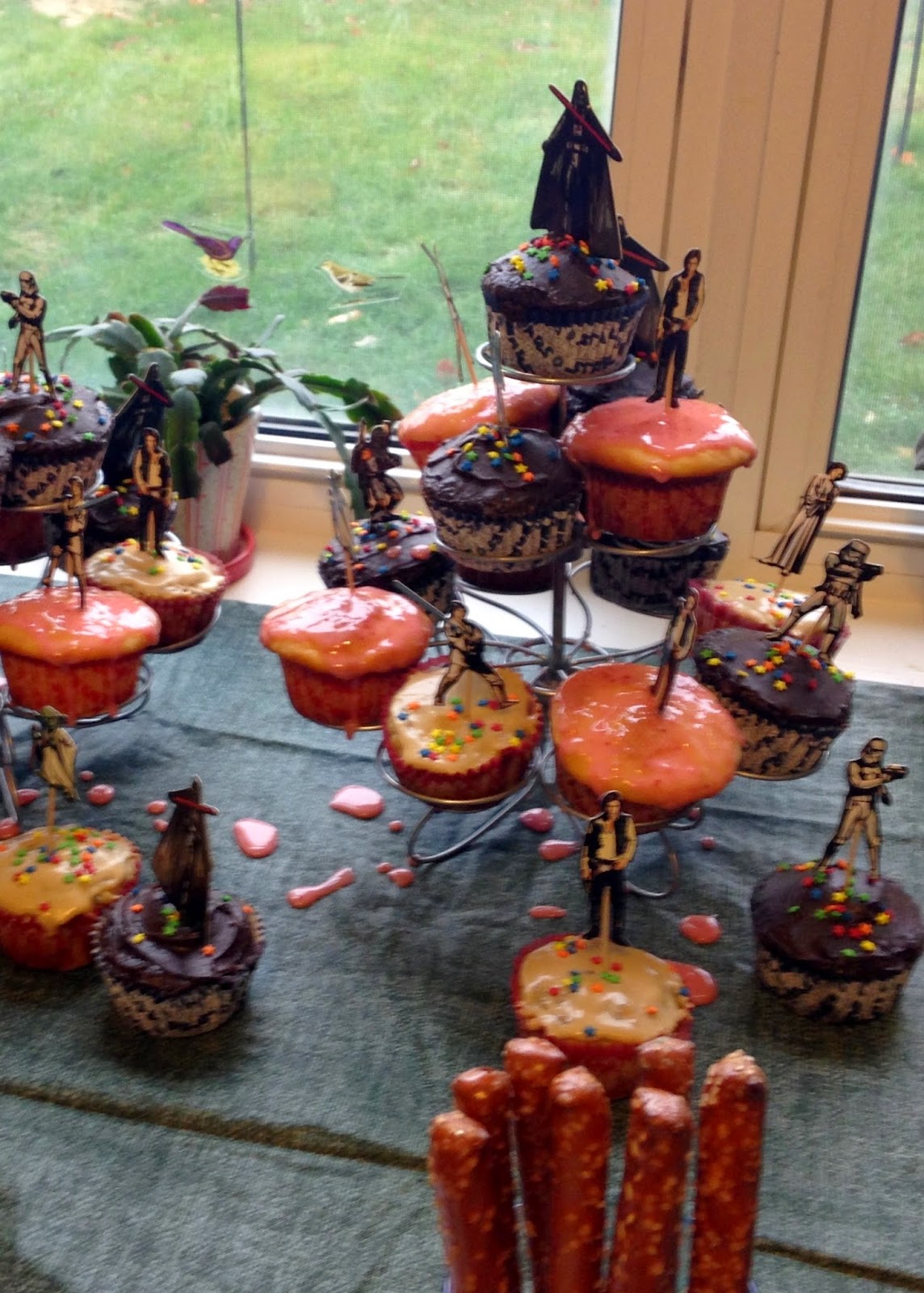 Yup, I made white-chocolate covered pretzel light sabers, too. 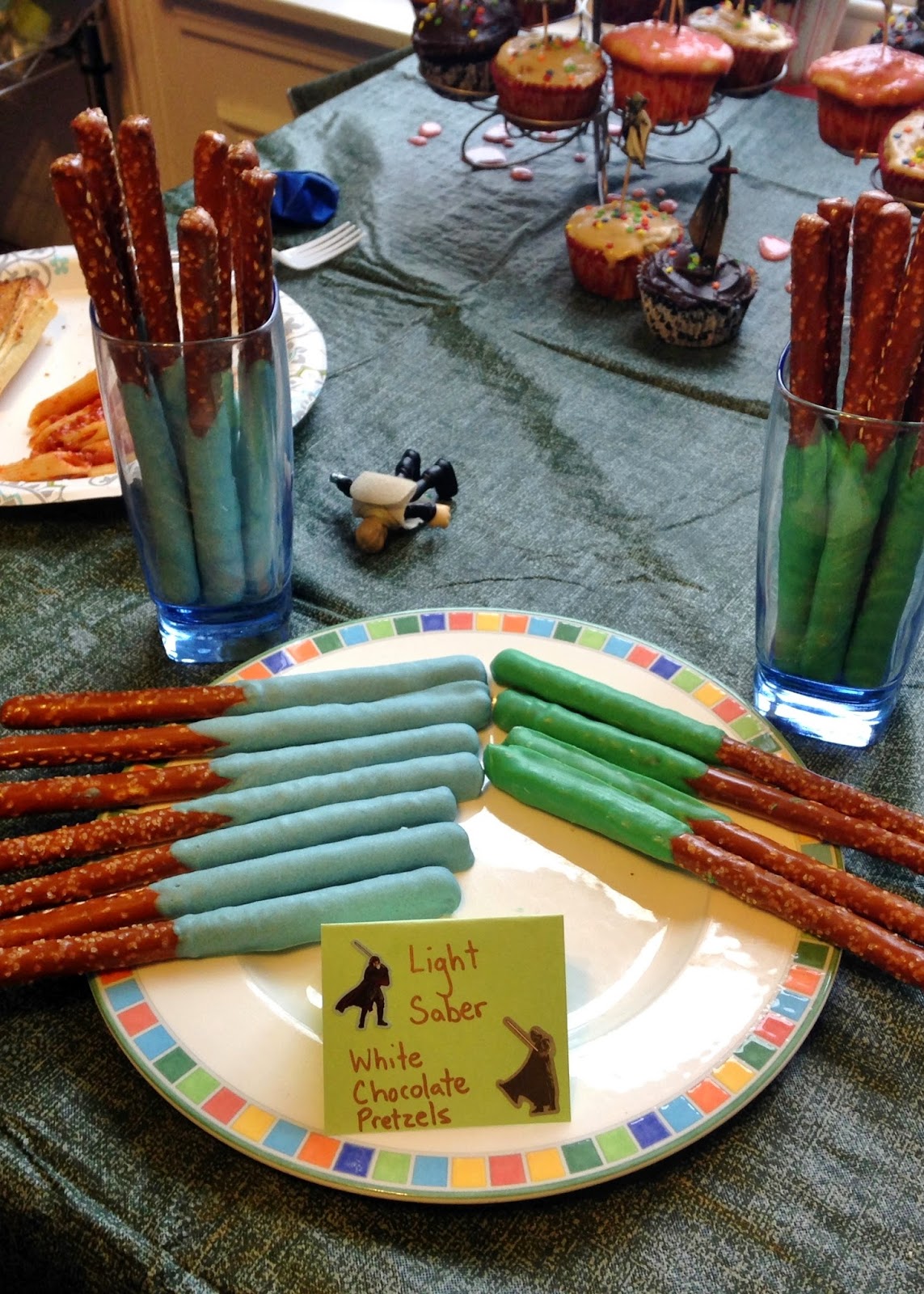 If you look at the wall behind my adorable niece Sophie, you'll see the Star Wars wall stickers I bought. After the party, we transferred them up to the boys' room for decoration. 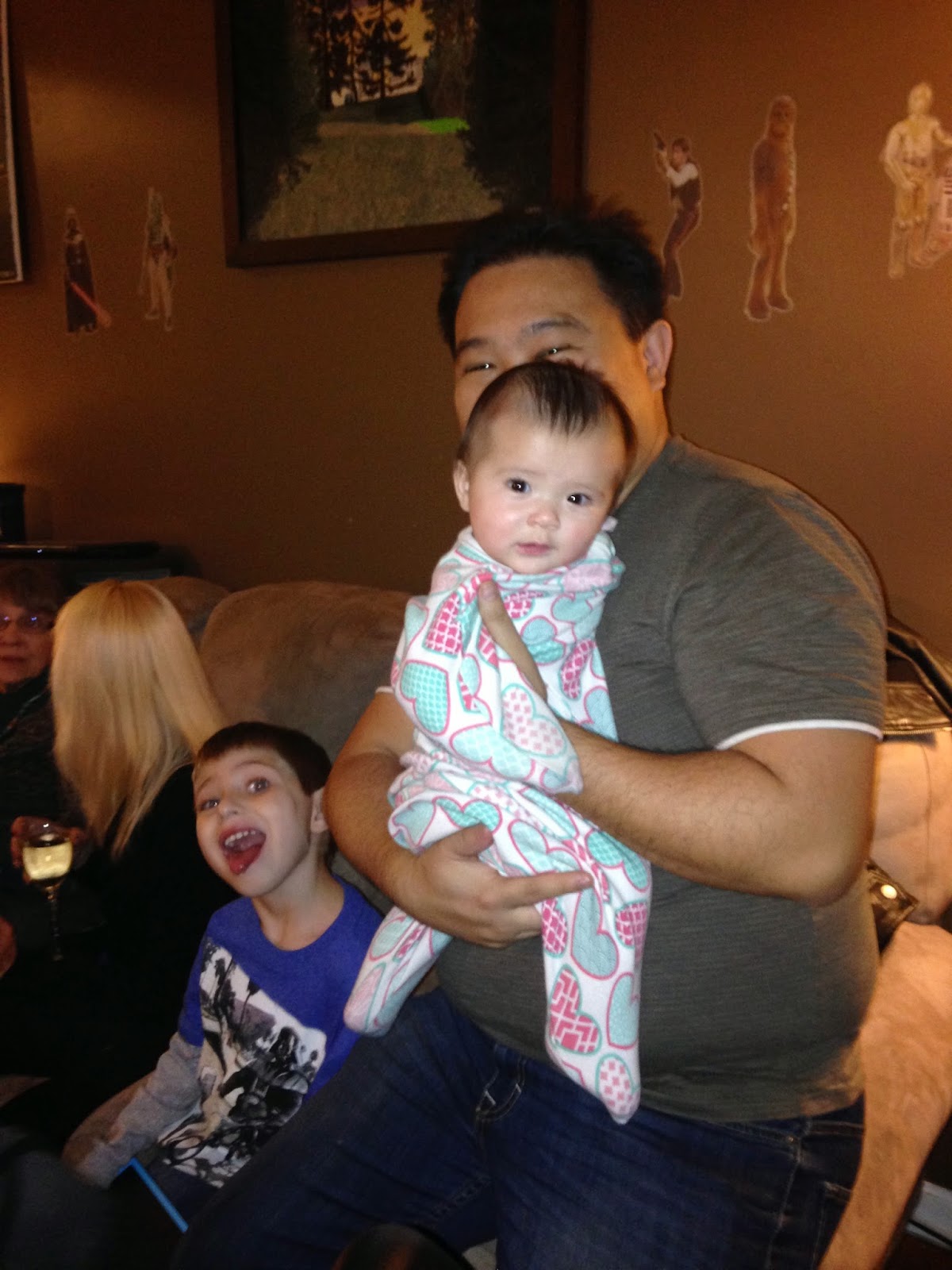 Nick was actually able to read a few of the words on each of his birthday cards this year. 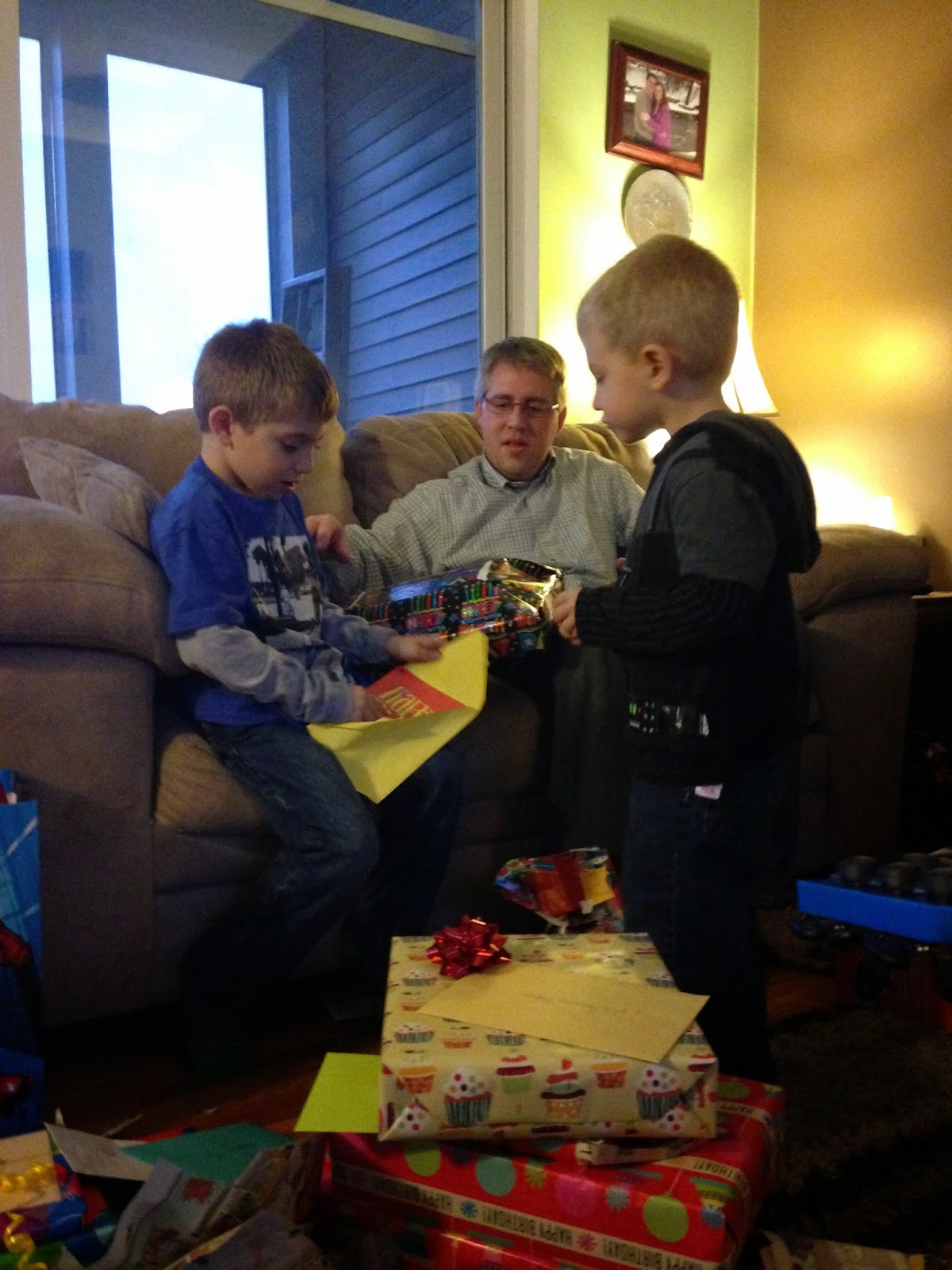 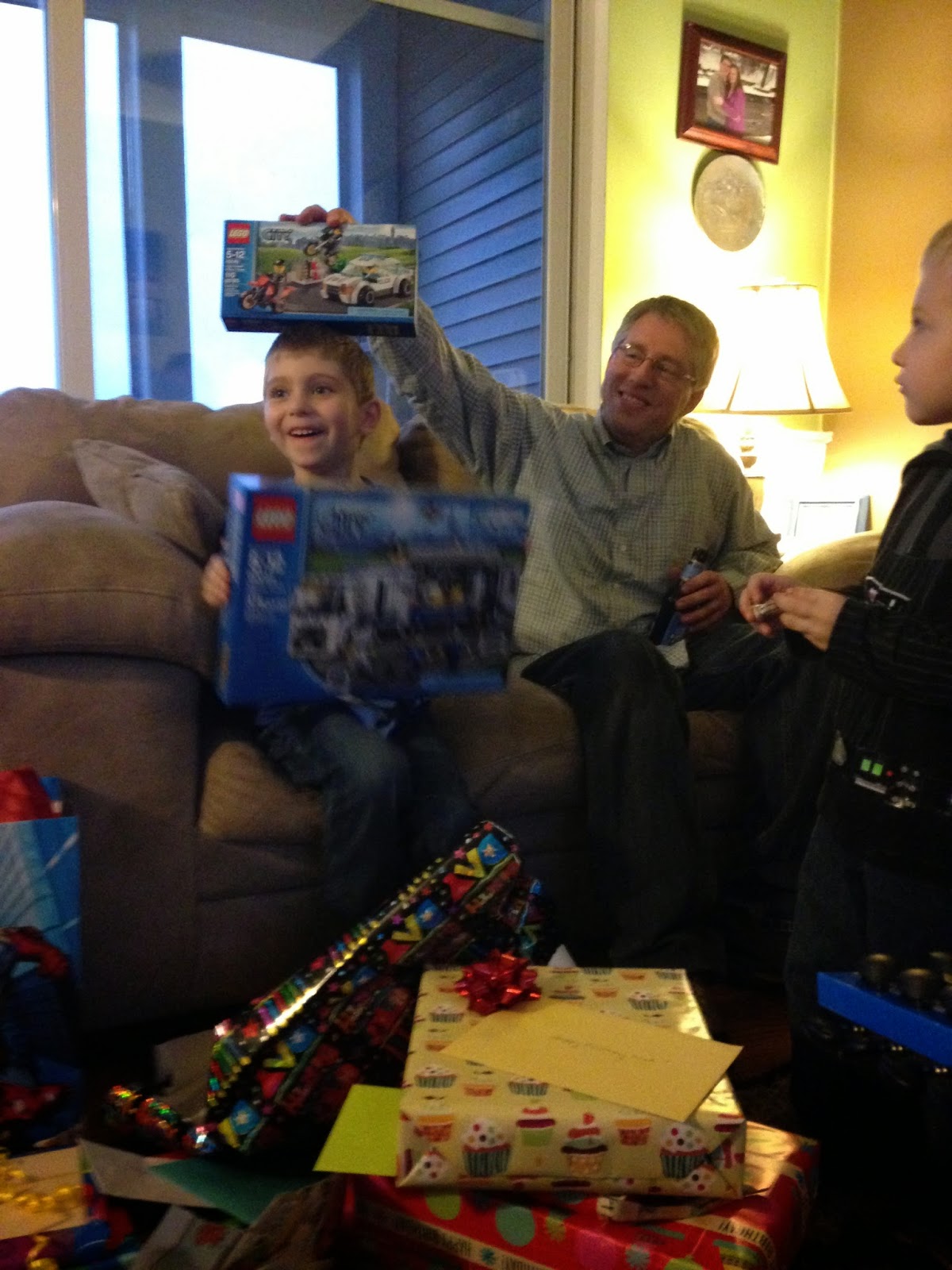 Henry was a little jealous of Nick's gifts, so he hovered the entire time. Nick did end up sharing most of his new toys with his brother. 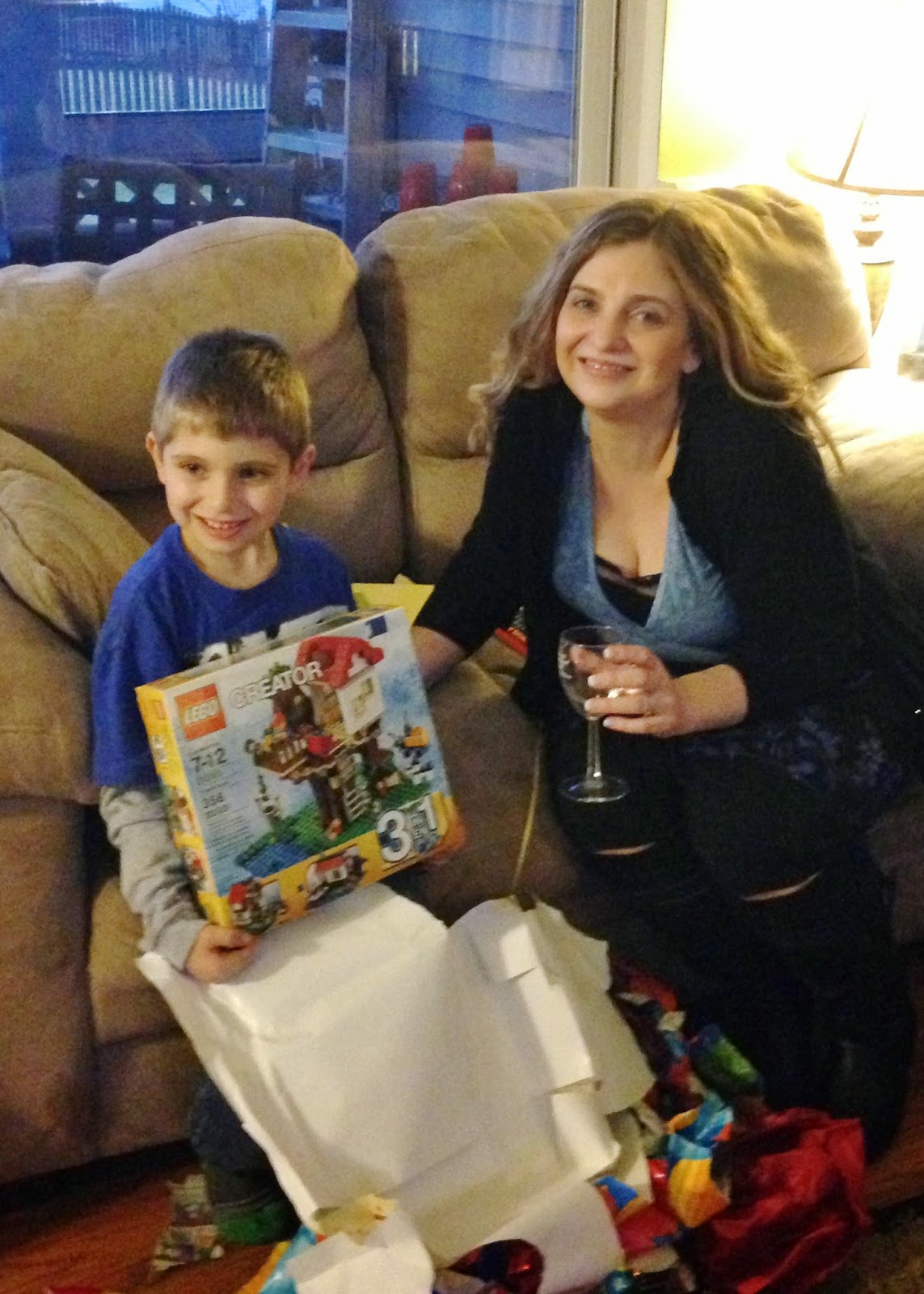 The boys had a great time cuddling and playing with their cousin Sophie. Nick, especially, was really good with her. 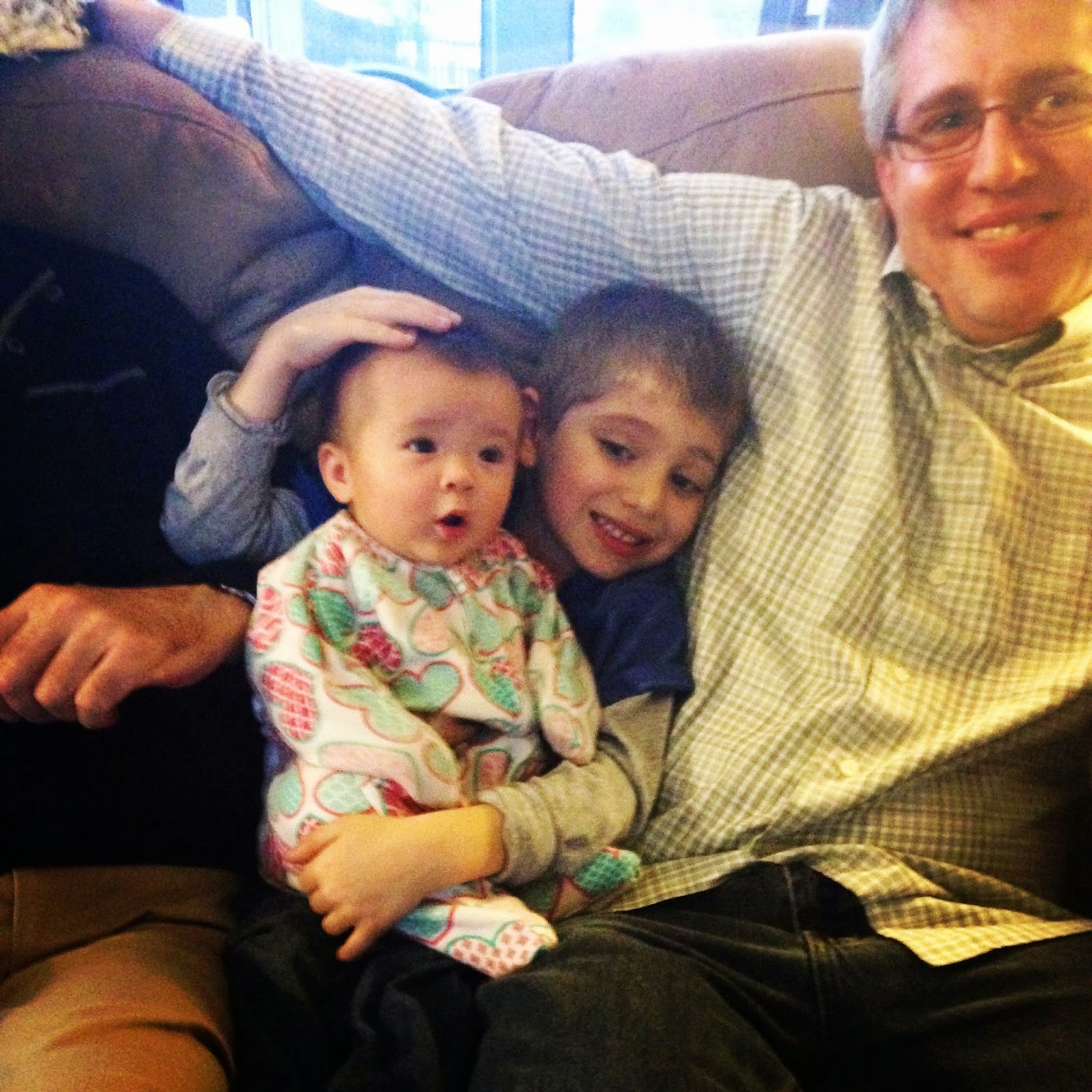 The cupcakes were a hit with the birthday boy. They did fight over the little action figure sticks, though. 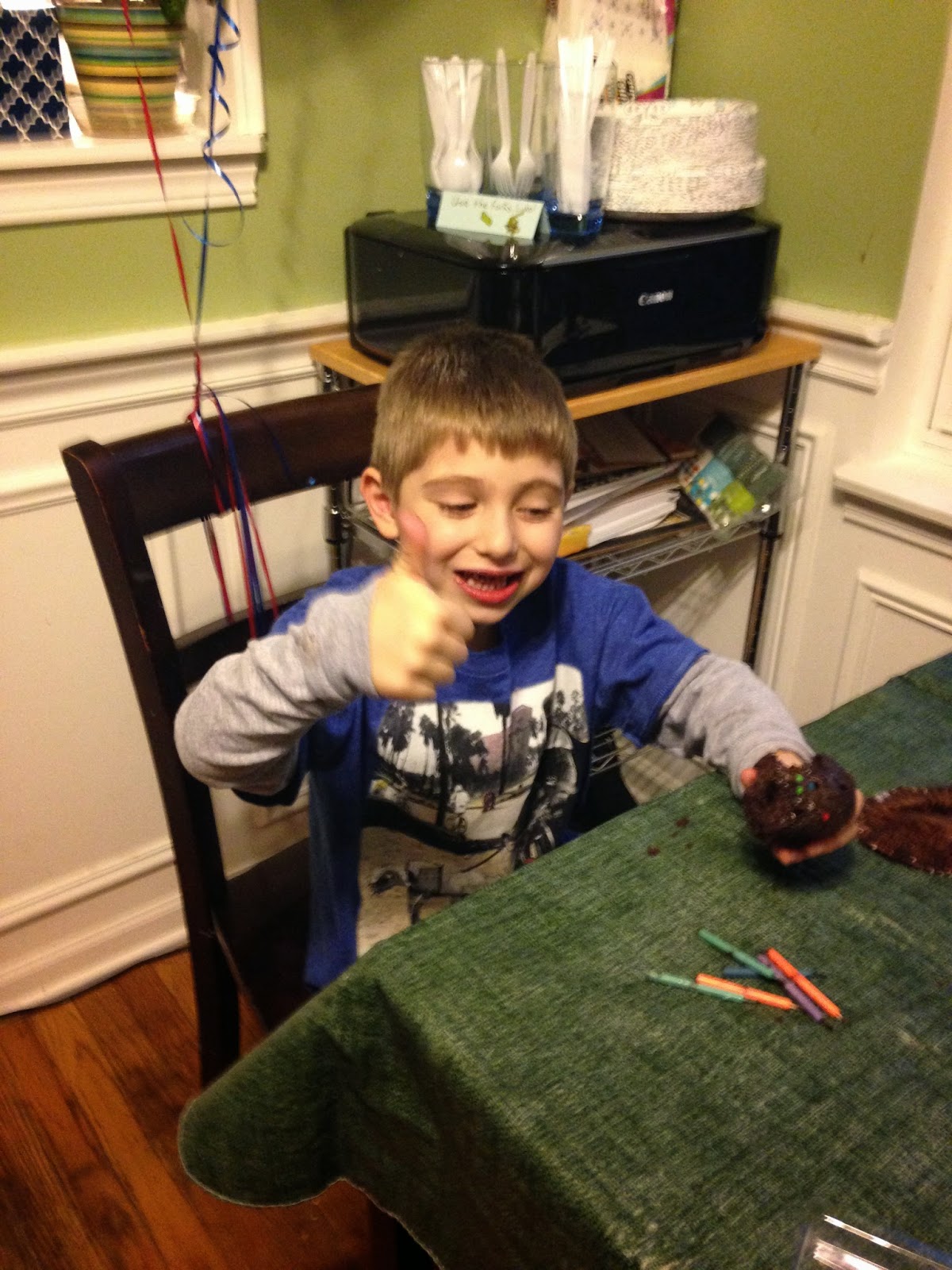 Nick had a great big goodbye hug for his Grandma Linda. 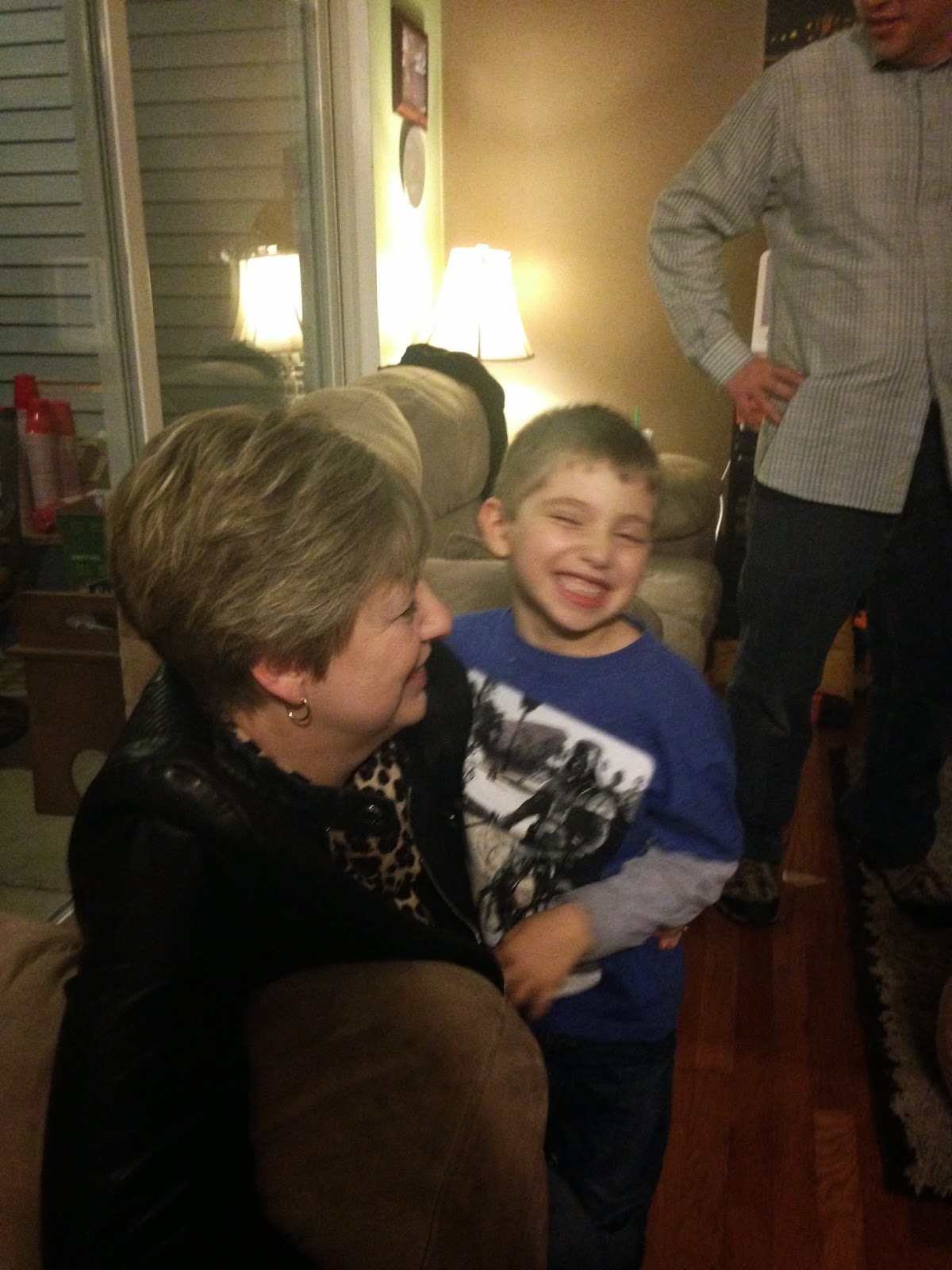 Nick had an excellent time, and he was pretty well-behaved and gracious, considering that he's only six. It was a great party, and I'm glad so many of my family members and friends made it out. I didn't take as many pictures as I usually do, though, because we had a, er, mishap during the party. Henry snuck upstairs into the walk-in-closet where the cats were being held. He took the entire cat litter box and flung it all over every piece of clothing Nicholas had in that closet. Thirty pounds of cat litter plus two very freaked out cats were left in the closet. This was one of those situations where I know it'll be hilarious in retrospect. At the time, however, it was pretty horrifying.
Posted by Melissa E. at 2:55 PM