This afternoon we stopped at Costco for a few things. It's funny how no matter how few things I need at Costco, I cannot leave the store without dropping $100. I'll console myself with the fact that I've stocked up on enough fiber bars, Splenda, and Vitamin Water to last months. Because it's so cheap, I decided to let the boys pick what they wanted for dinner in the Costco Food Court. 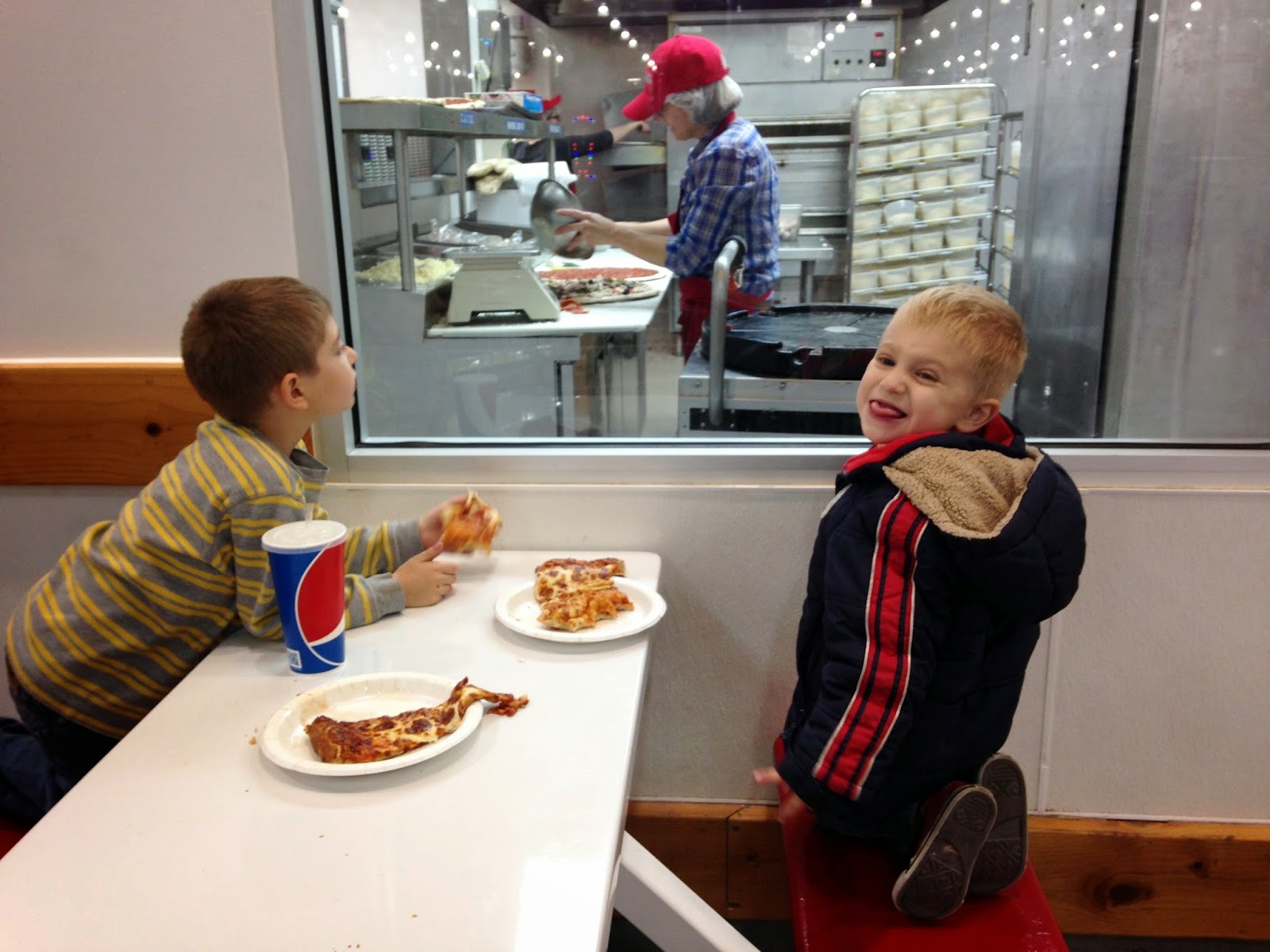 They chose pizza. But what they were really excited about was the front row seat to the pizza-making process. Henry was downright mesmerized. 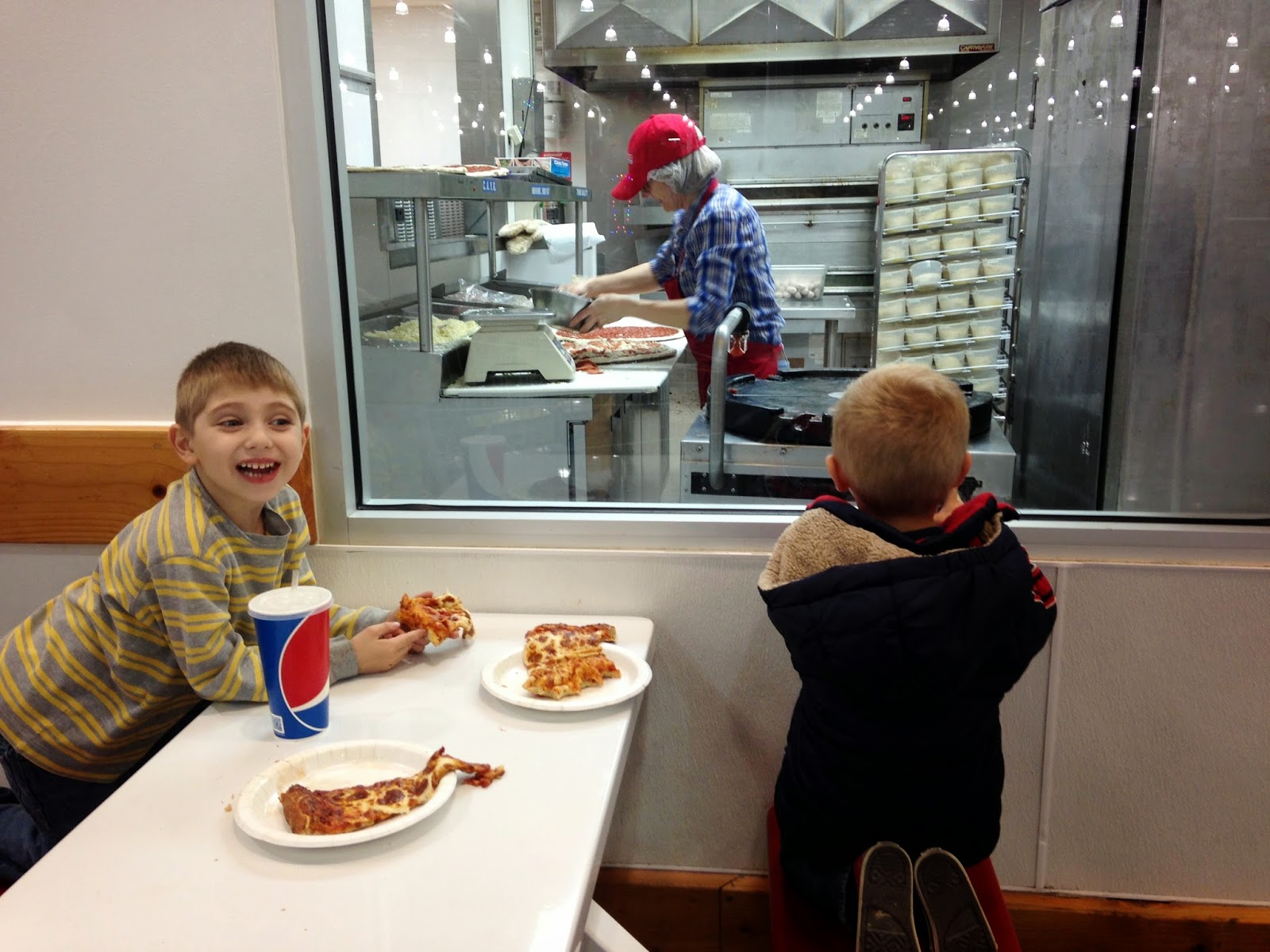 Henry kept waving at the people, and I'd have to tell him to stop distracting them. The one lady got a kick out of him watching her, though, and she kept grinning at him as he stared. In a few years, this kind of stalker-like fascination will be weird, but at three he's just cute. 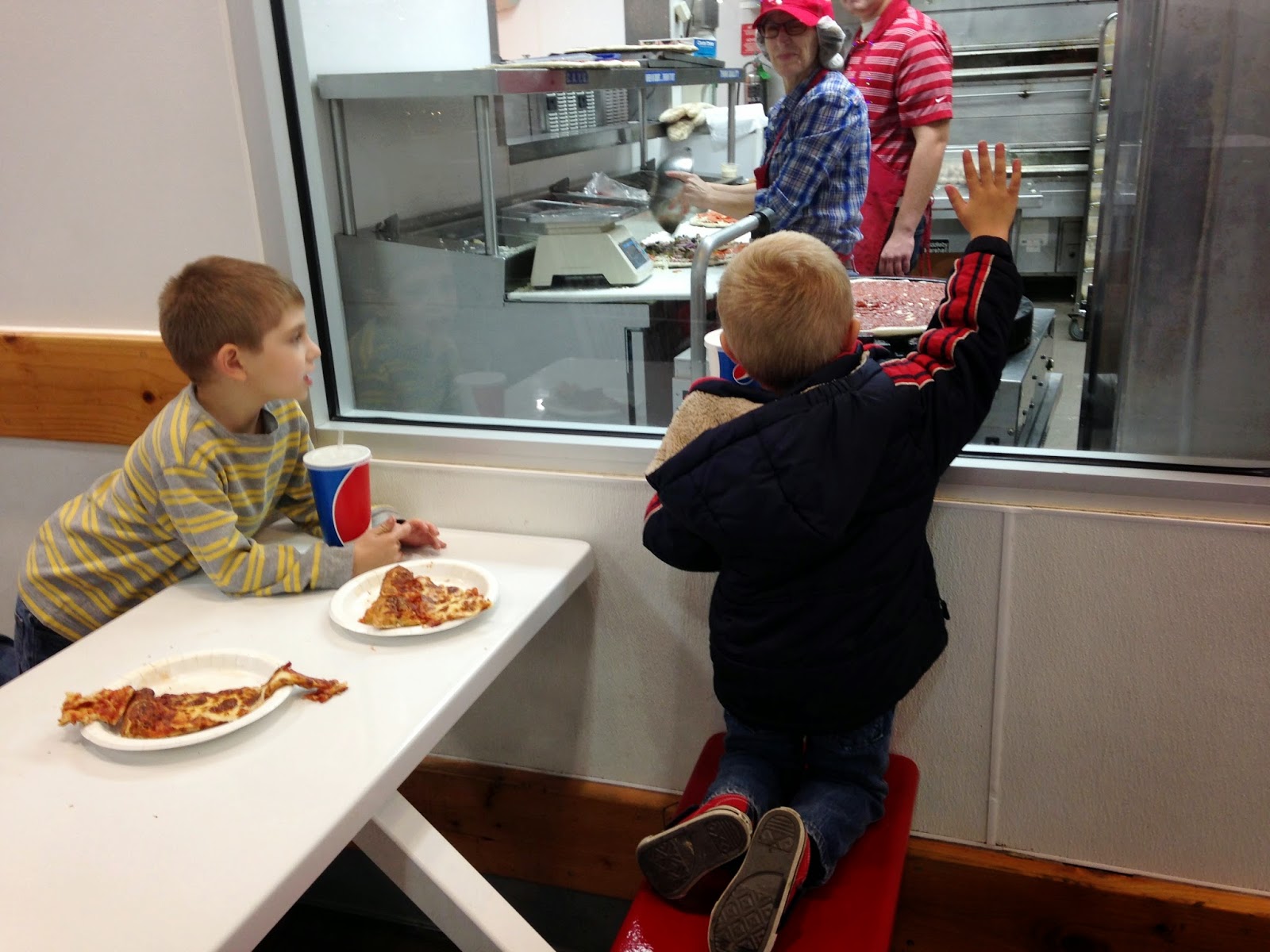 Their favorite part was the machine that swirled the pizza around and squirted the pizza sauce on top. They watched for at least ten pizzas, and after each time they'd squeal, "Again!"


See what I mean? I think that perhaps my children are just easily amused.

Pizza and two lemonades: $5.50
A Costco cart with only seven items: $138
30 minutes of both children sitting down quietly: priceless 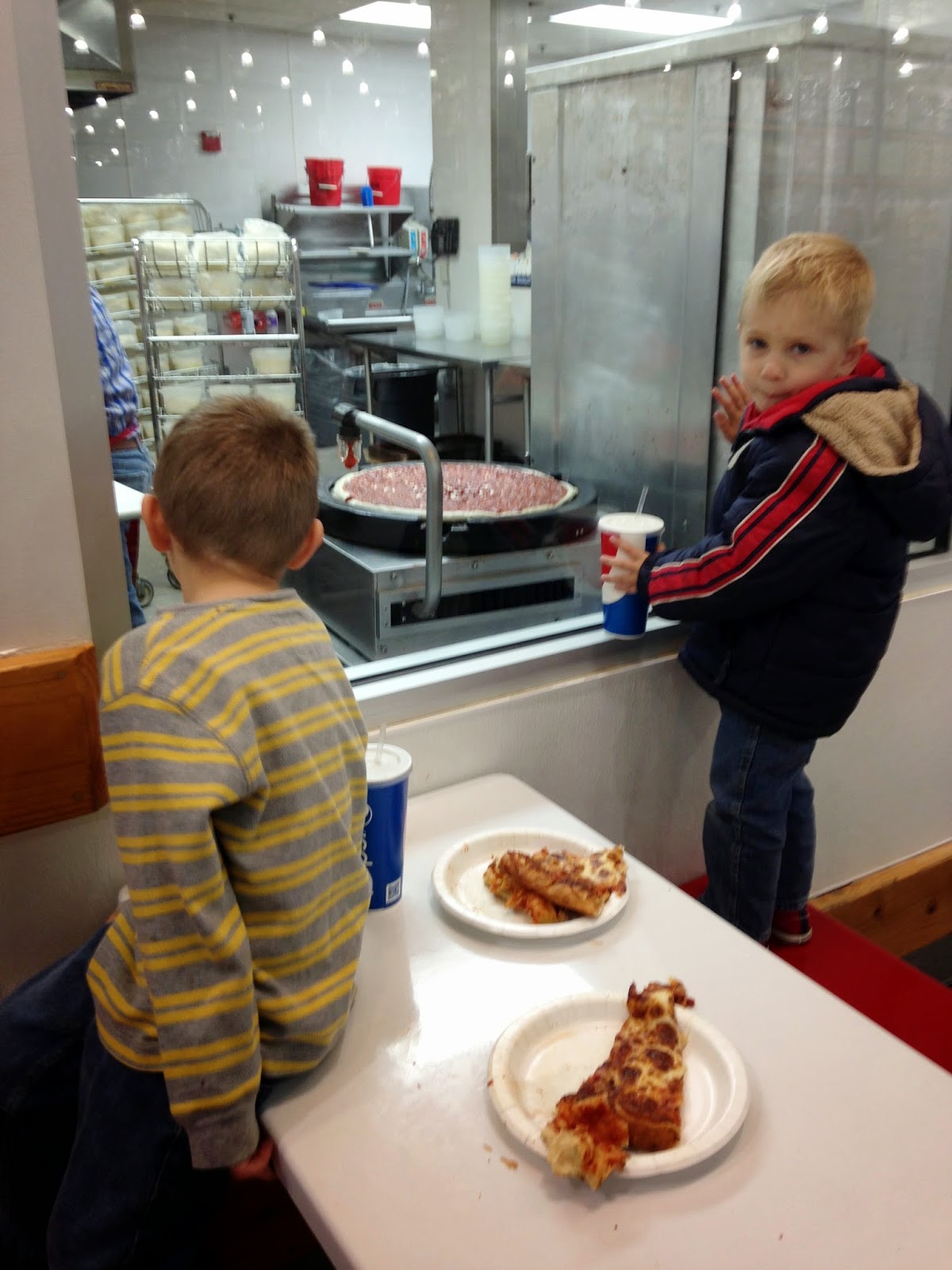